Radders2109
9 years
I have something very special coming up in the next update guys! Keep reading
Login to Quote 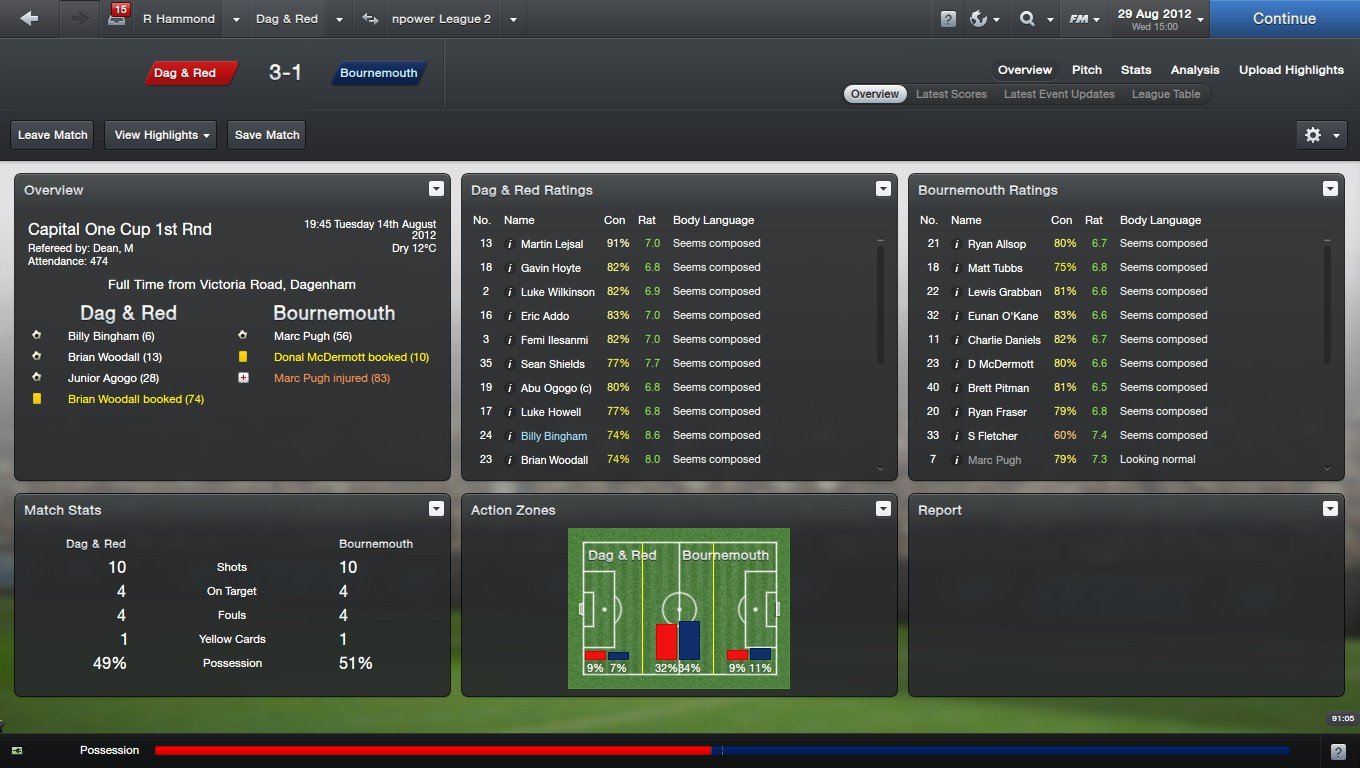 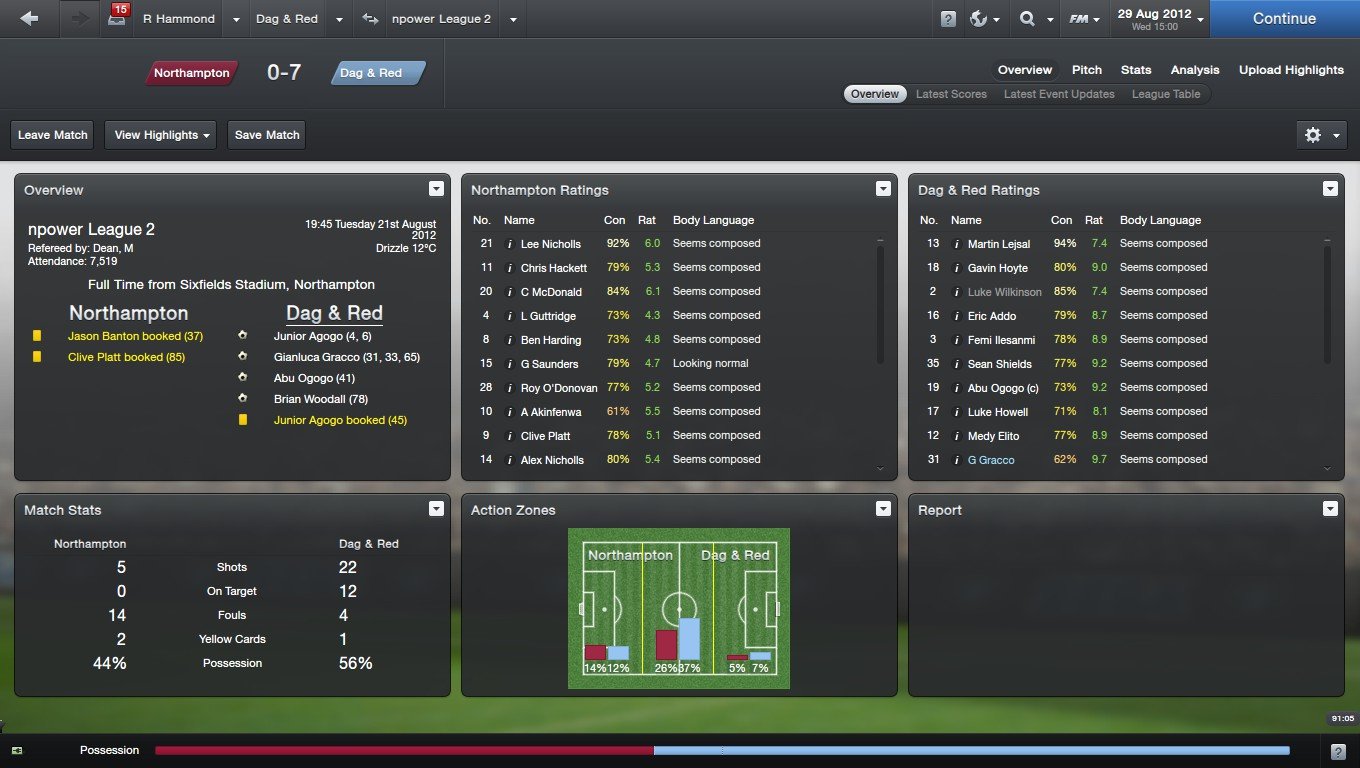 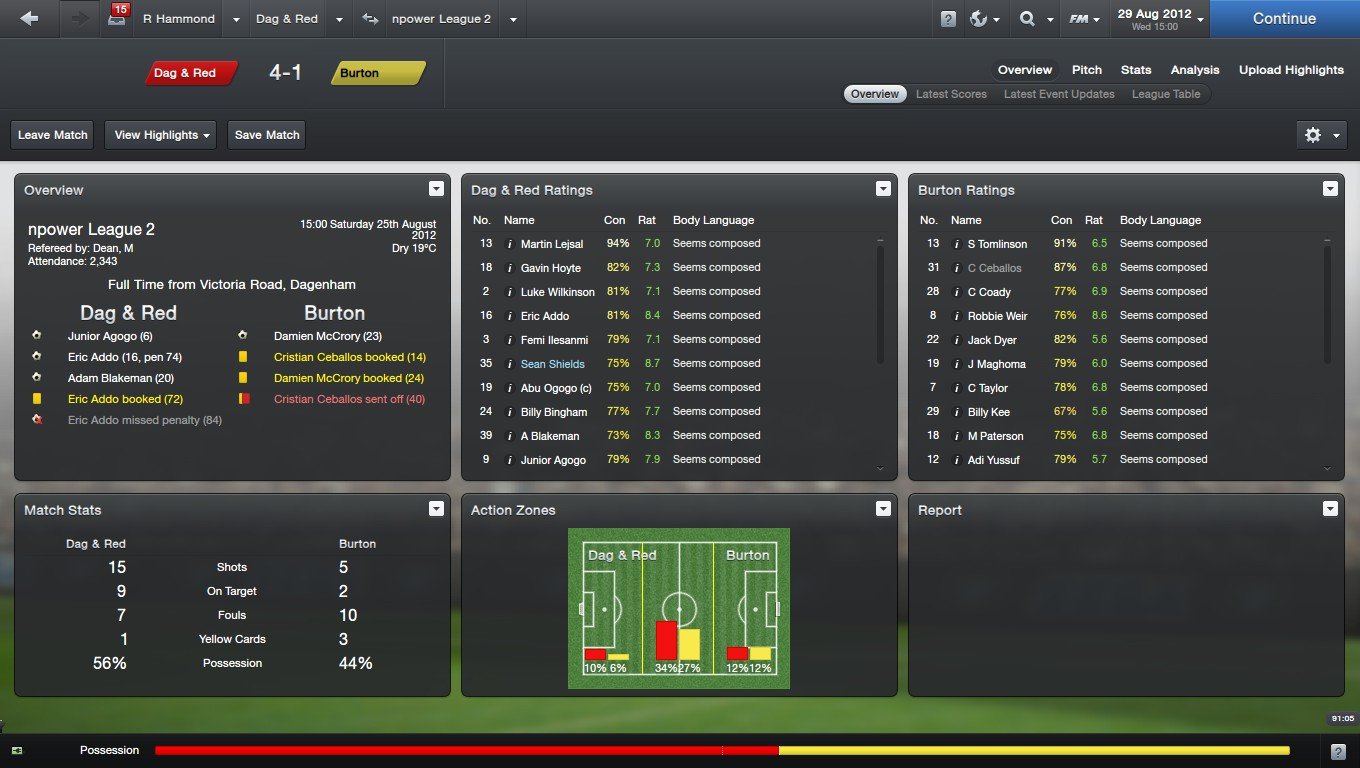 QPR 2-0 Dagenham and Redbridge
No Scorers 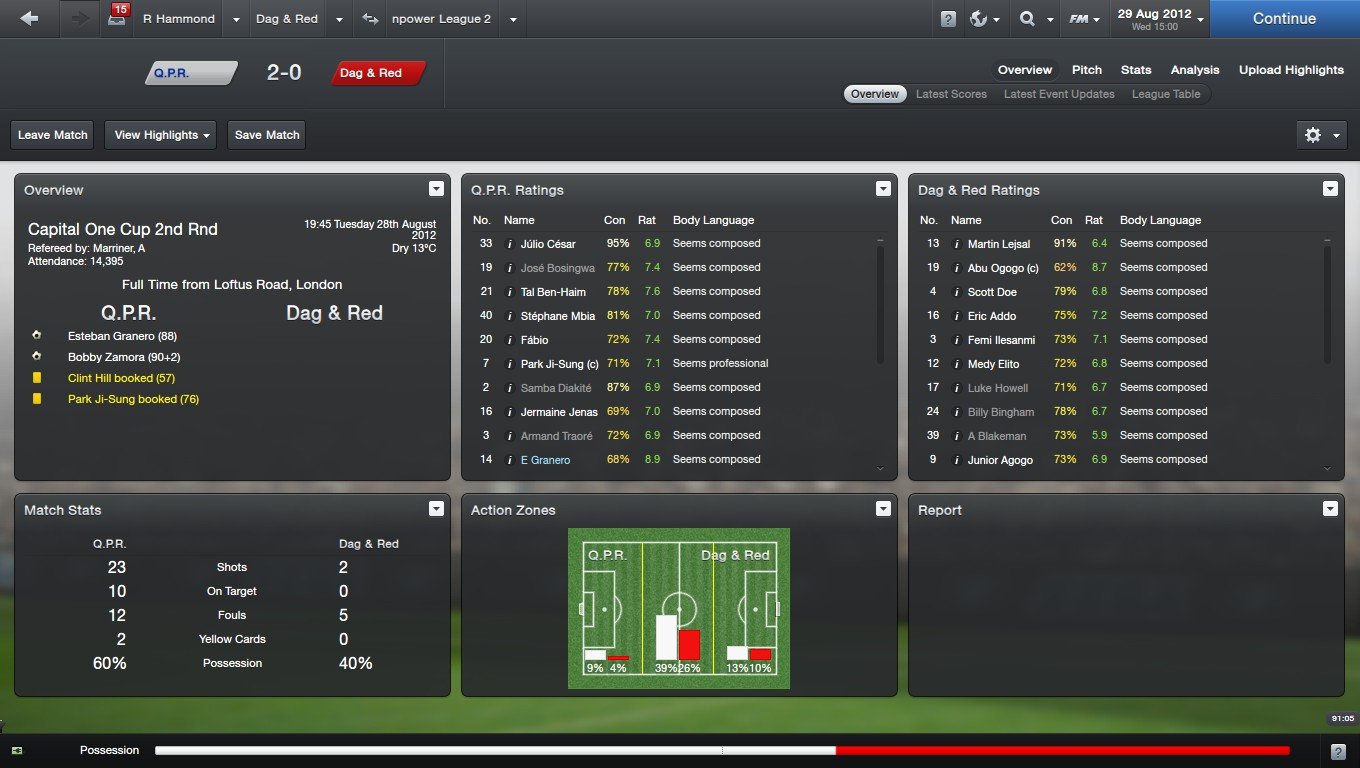 Our Player Of The Month

Junior Agogo - Played superbly this month, set up goals, scored them. Had an all round brilliant month. I expect more to come 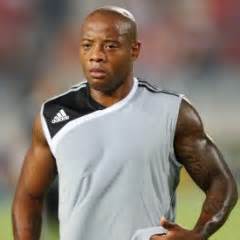 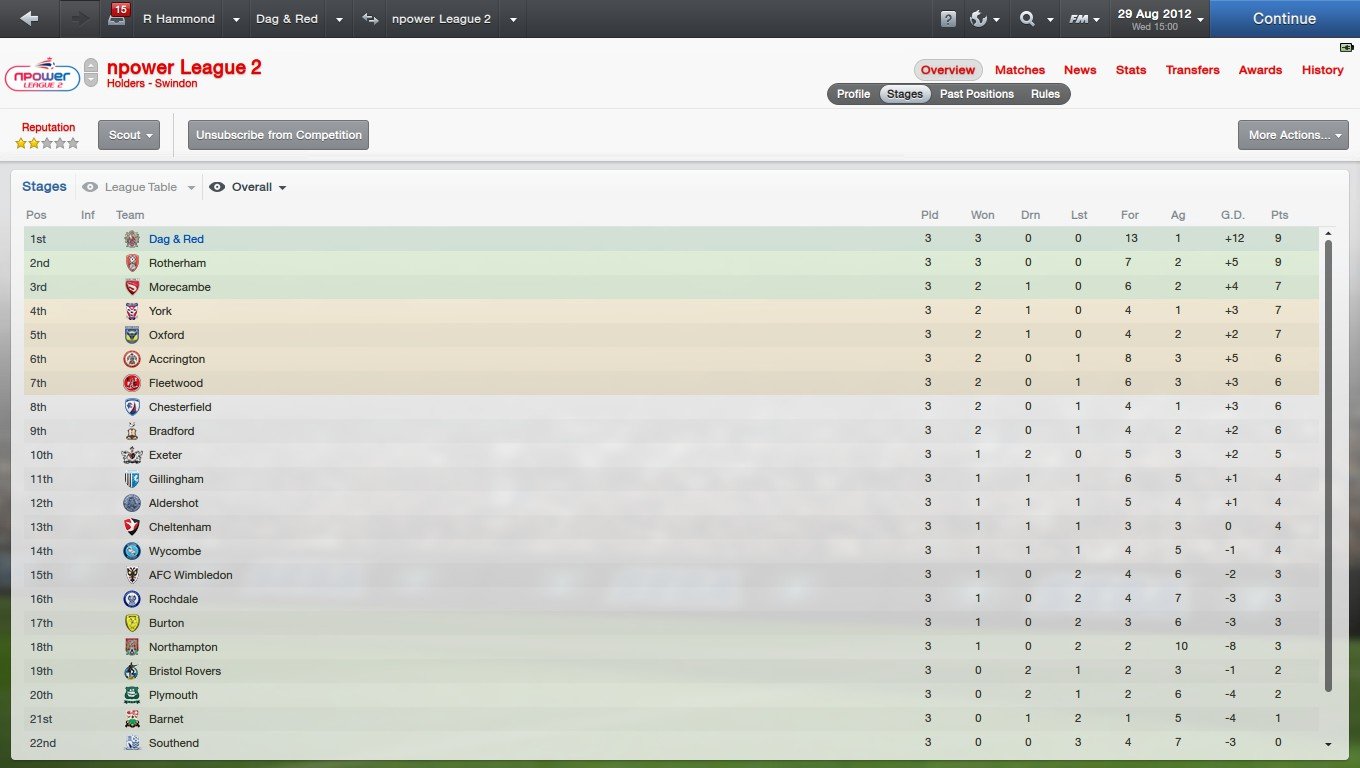 Well, my first full month in charge of Dagenham and Redbridge what a brilliant month it was too. A great win against Northampton also against Burton. Hopefully every month will be like this, we will win the league without a doubt. All my signings seem to be blending in with the squad aswell everything is nice and rosy.
Login to Quote 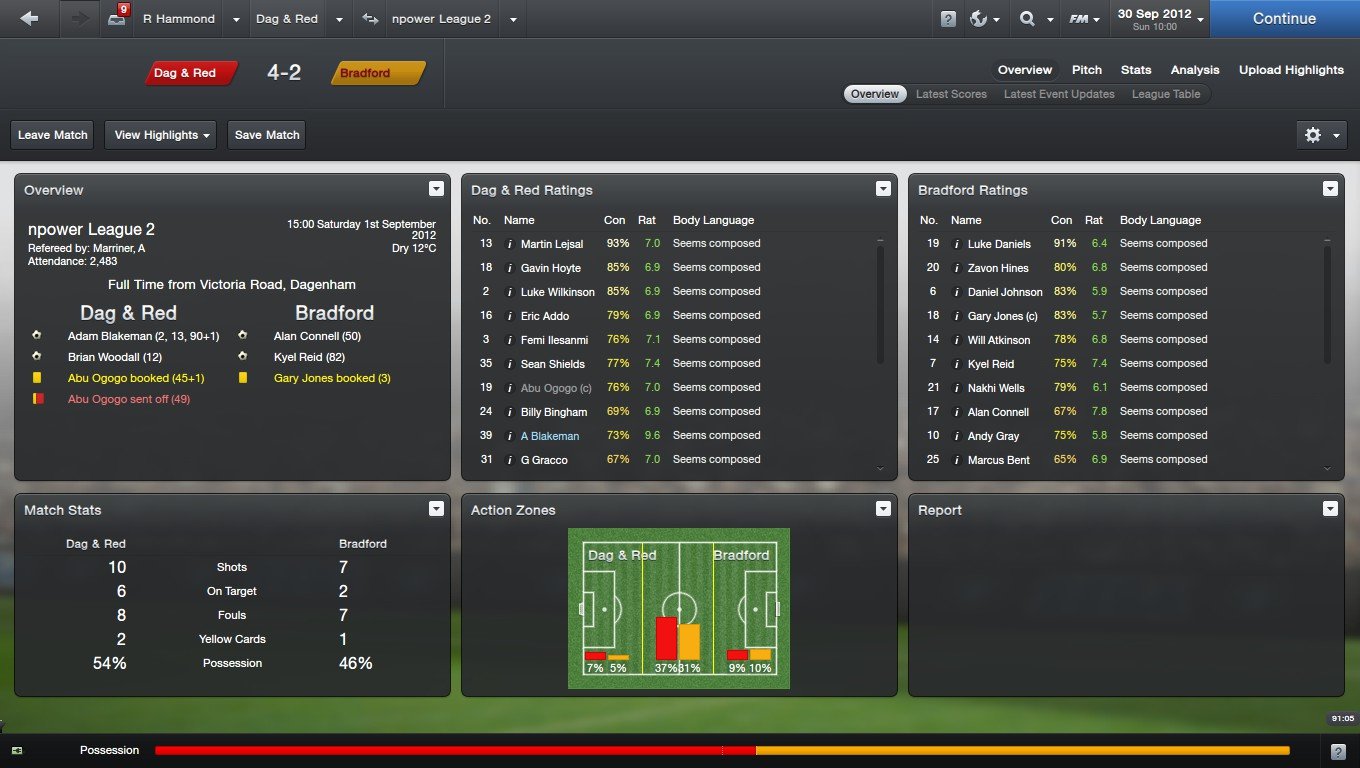 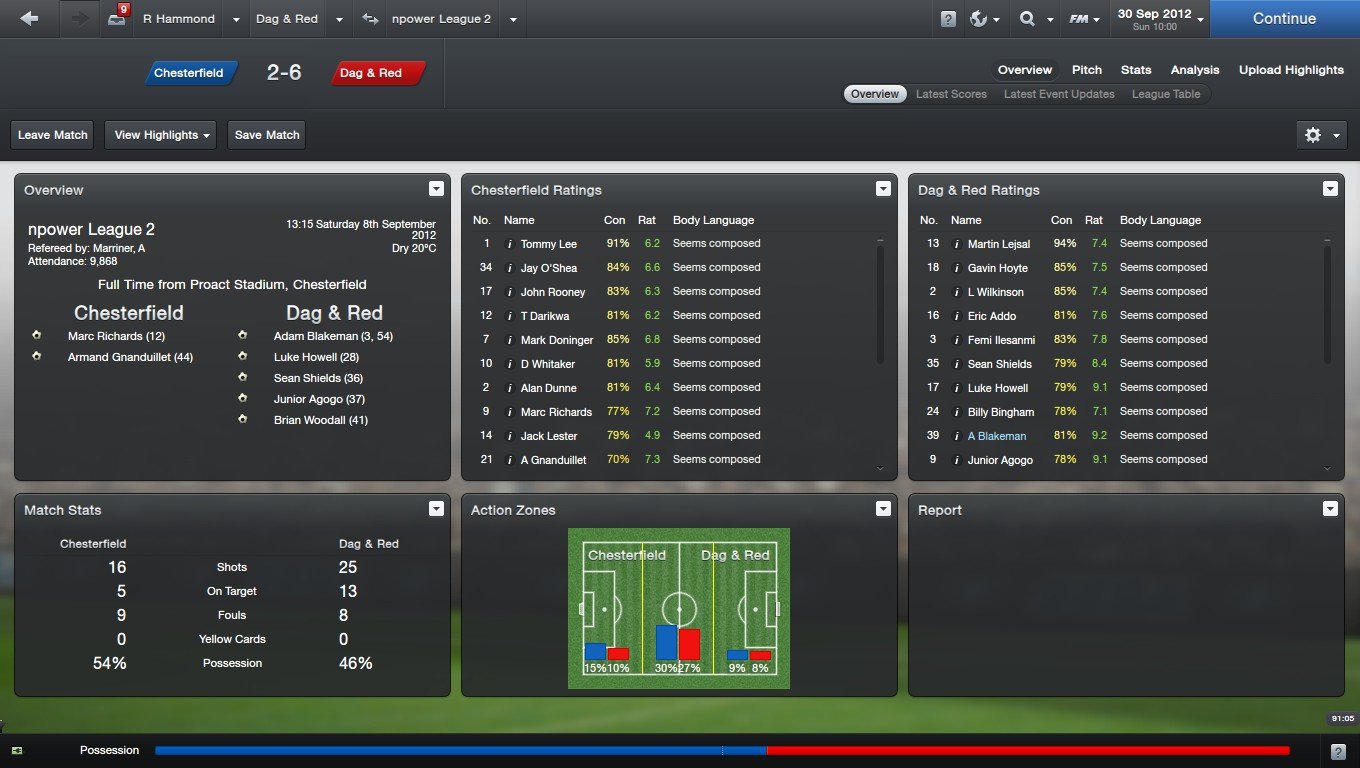 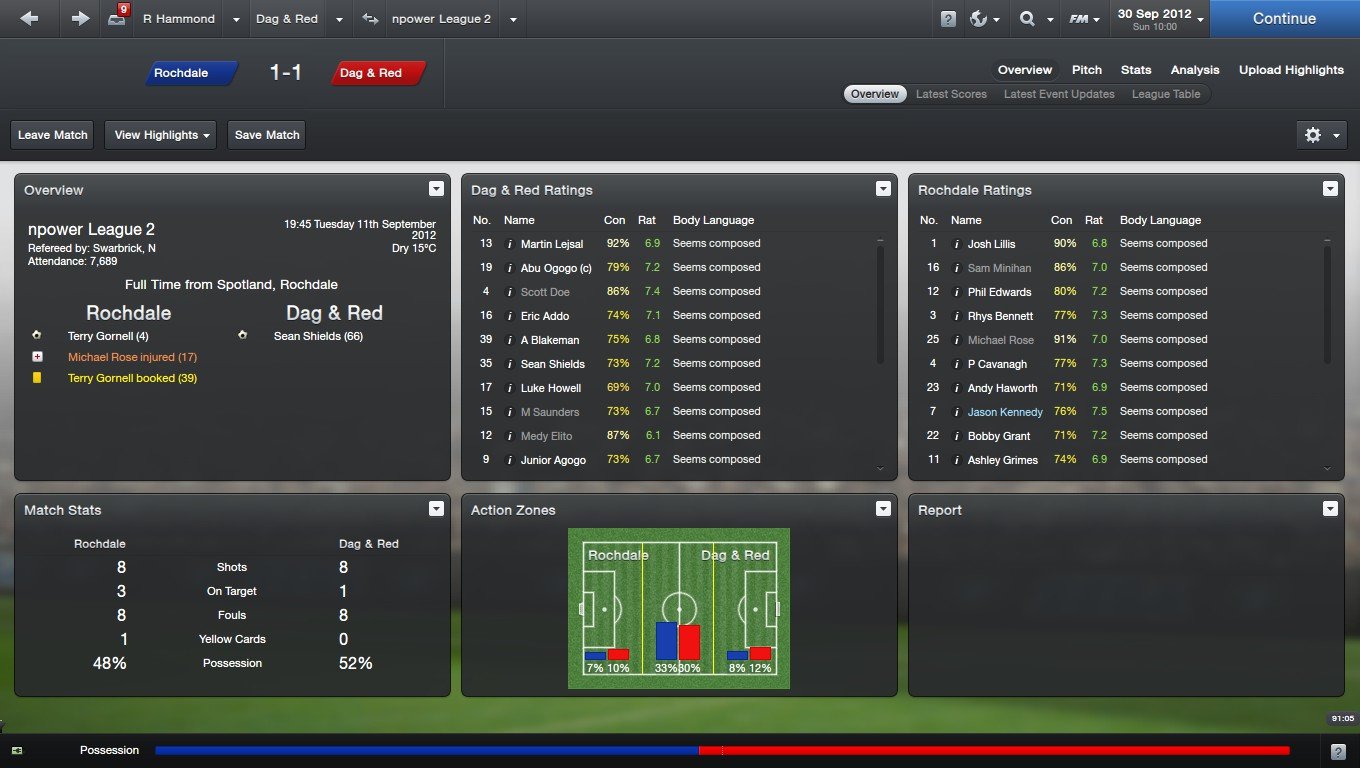 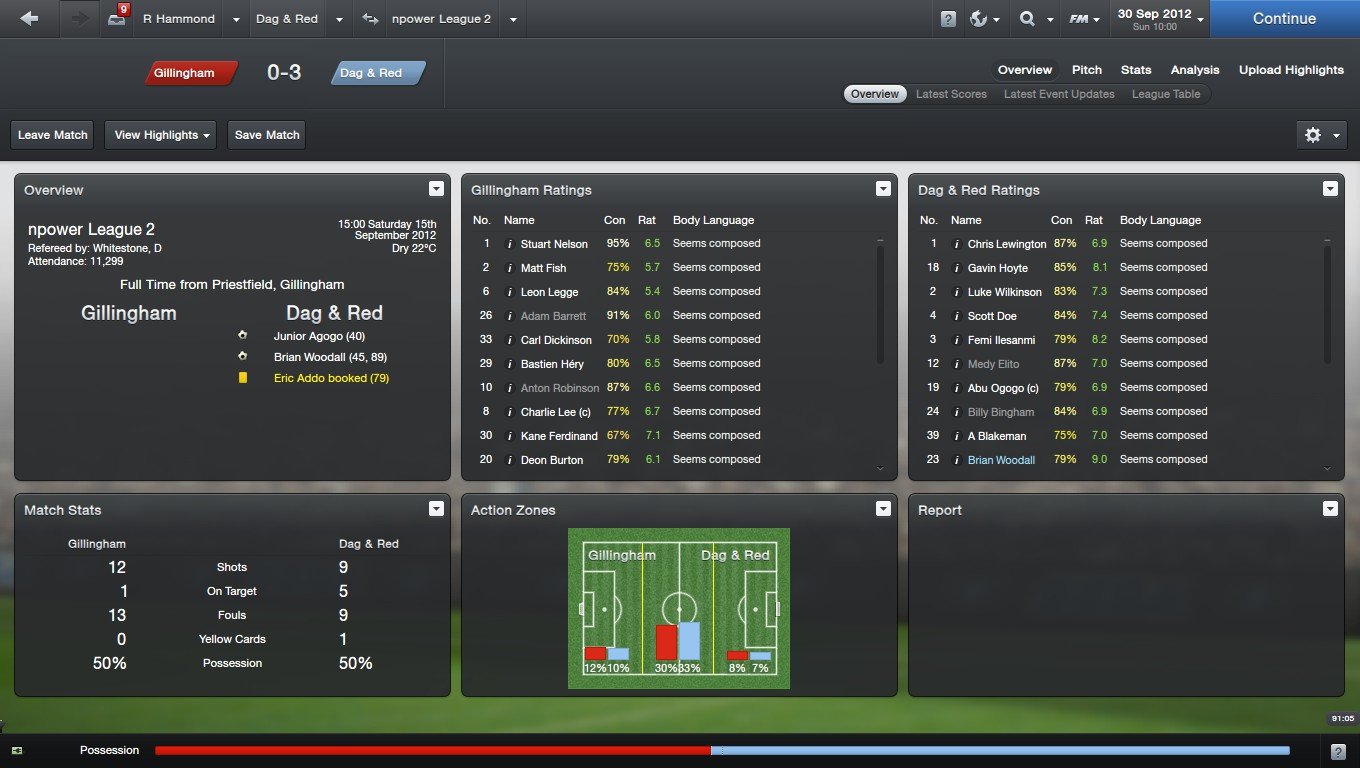 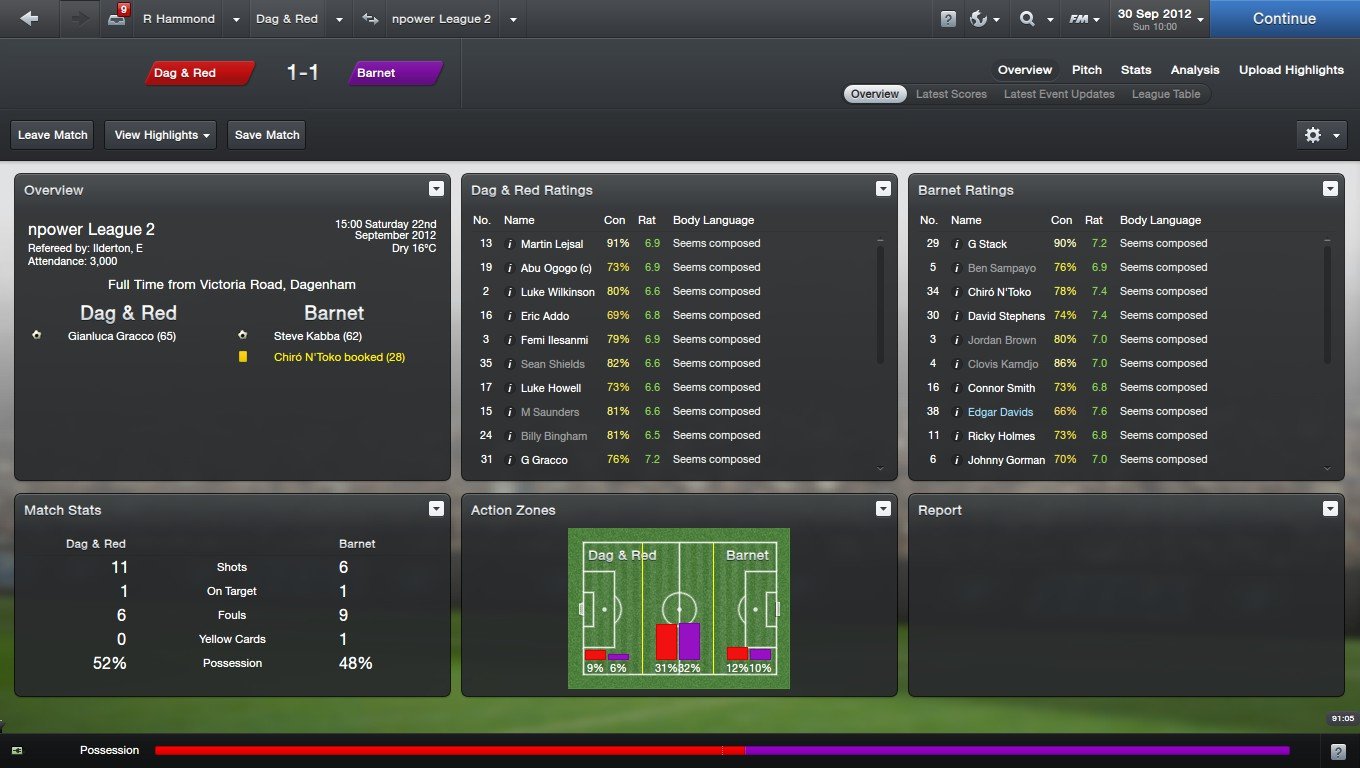 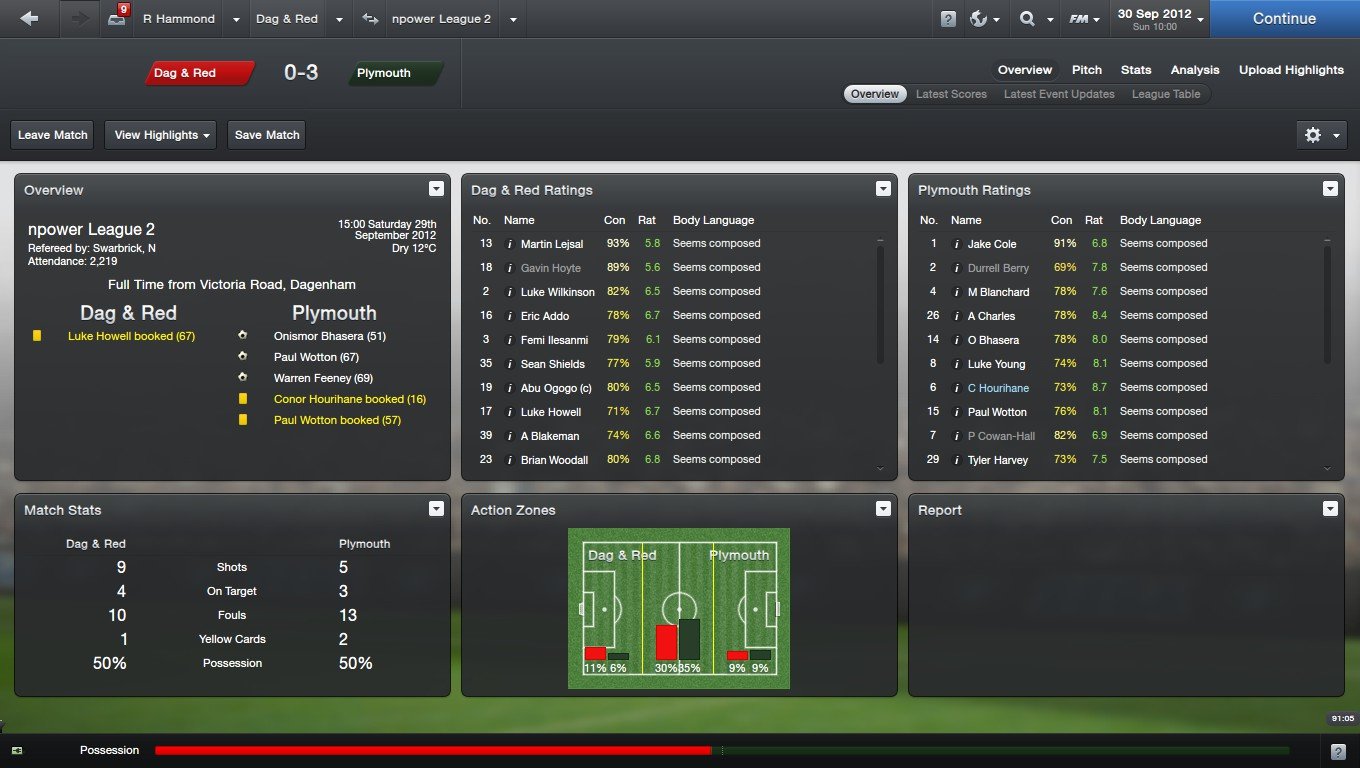 A mixed month really, we had a great start with the first two games, but then we started to go downhill from there. Overall I am quite happy though, we have had some good individual performances and the future looks good.

npower League Two Table
After 10 games we sit nicely in second, hopefully we can push on and get top spot which we deserve 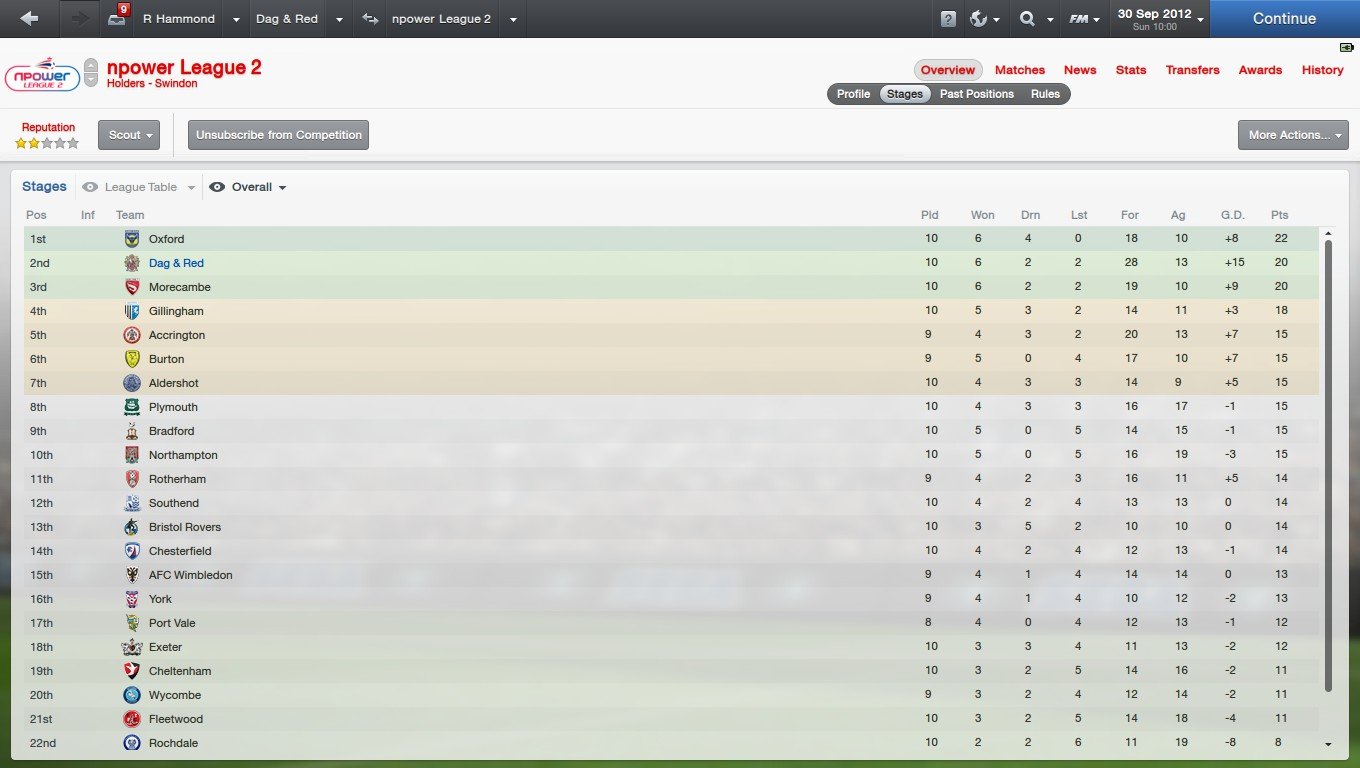 ManUtdTAW
9 years
Some great wins there mate and nice layout

As you can see we have been handed an away trip to Crawley Town in the JPT. Even though we are away, we have been performing well in the league our morale levels are also good. So, hopefully if we stick to our game plan then we can come away with a win. 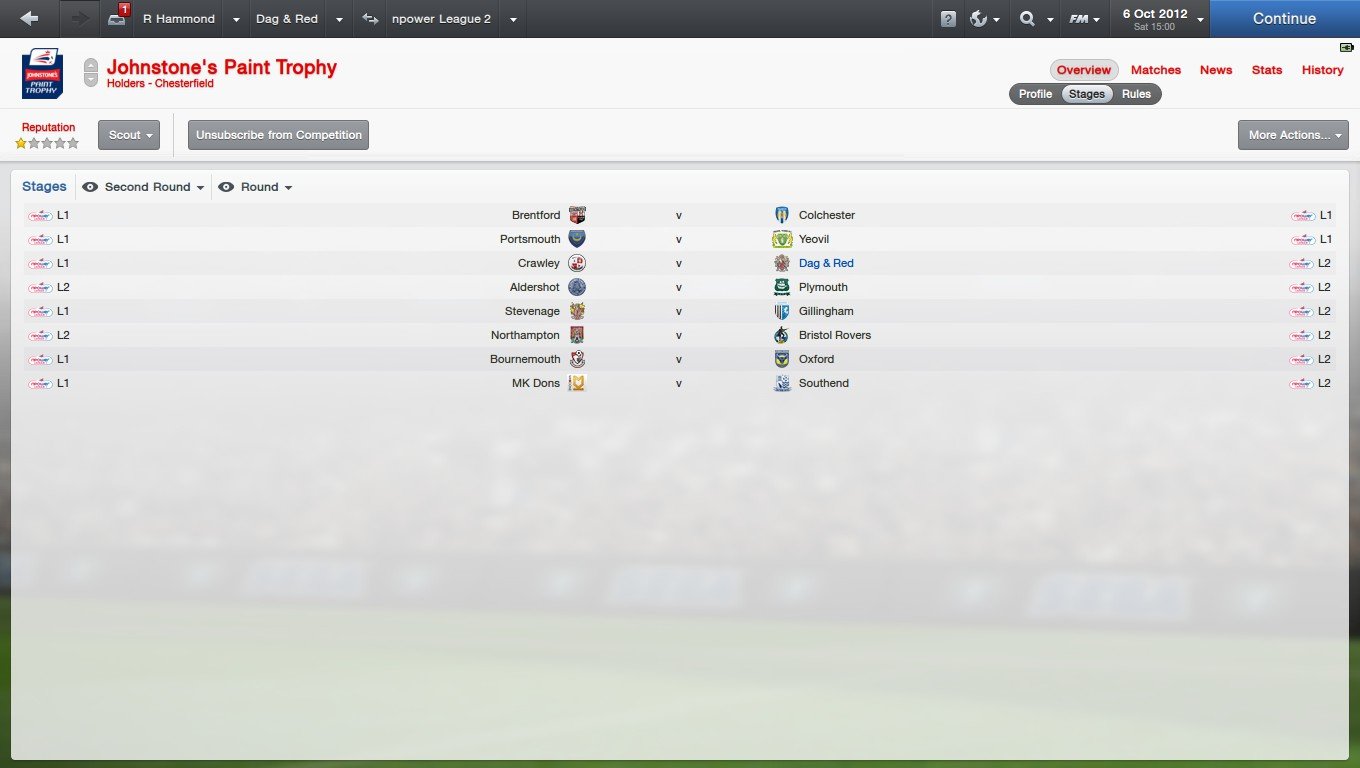 Radders2109
9 years
lwalter66 - Thanks! Yeah I wanted to be unique and pick an unproven manager

And I wonder who could've possibly made those beautiful kits!

Great start so far, will be following

Radders2109
9 years
AlexTHFC - I couldn't believe the Northhampton scoreline either. Yes, I wonder who did make them wonderful kits 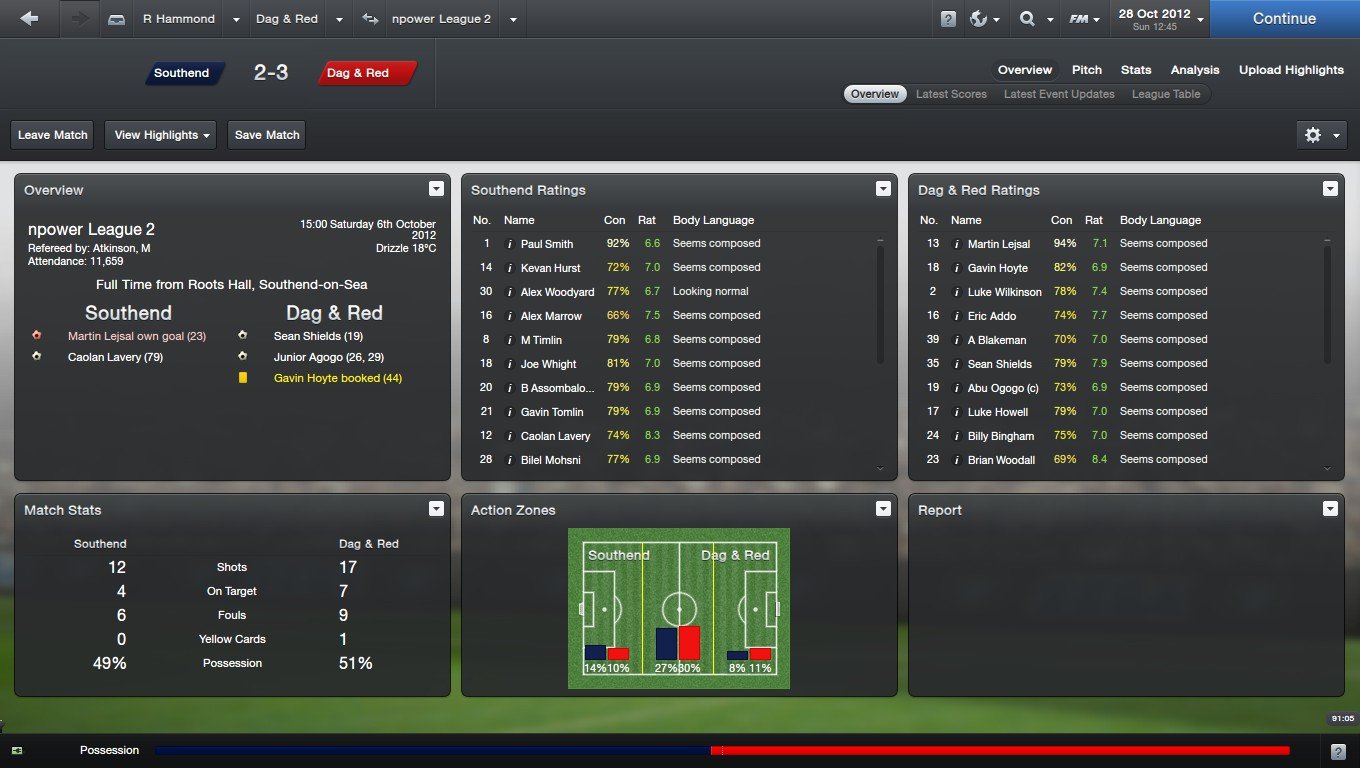 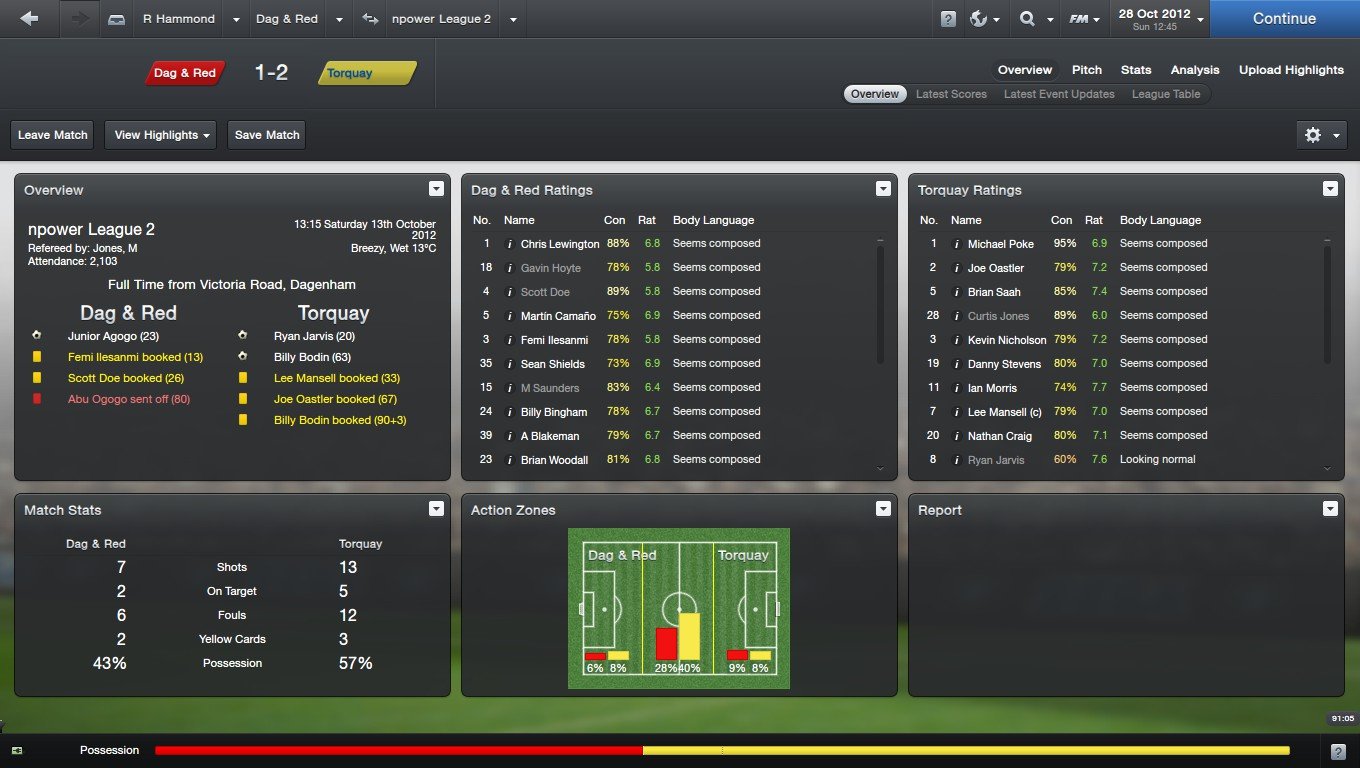 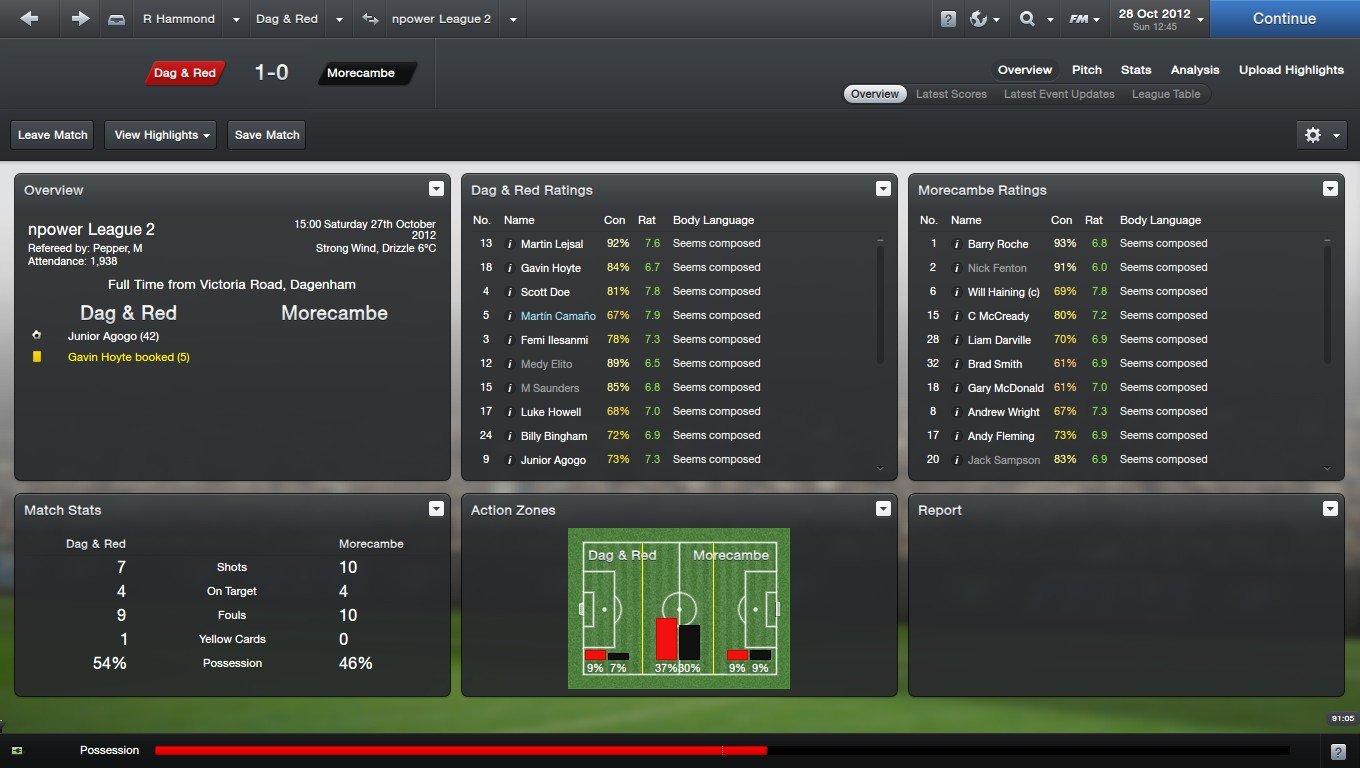 Due to our recent form in the league, we have regained top spot. What a great month! We have regained top spot in the league, made it through to the second round of the Johnstone's Paint Trophy which can bring in valuable money. Player performances are good at the moment, I am really pleased with the form of Junior Agogo this month once again. Hopefully next month we can keep this form up, and move a little closer to winning the league title!
Login to Quote

Radders2109
9 years
The Scouse Assassin - I know! I was mad at that result, but nearly everything else went to plan, hopefully it continues!
Login to Quote