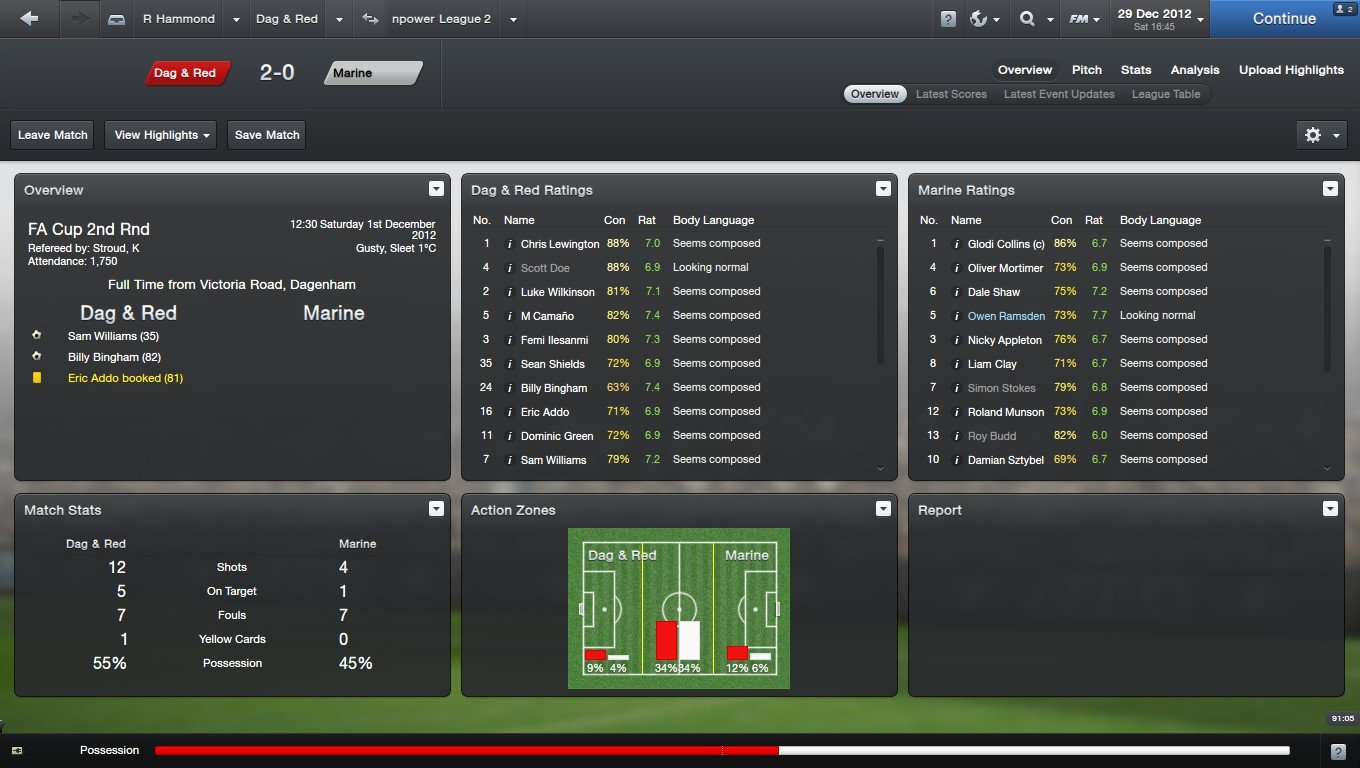 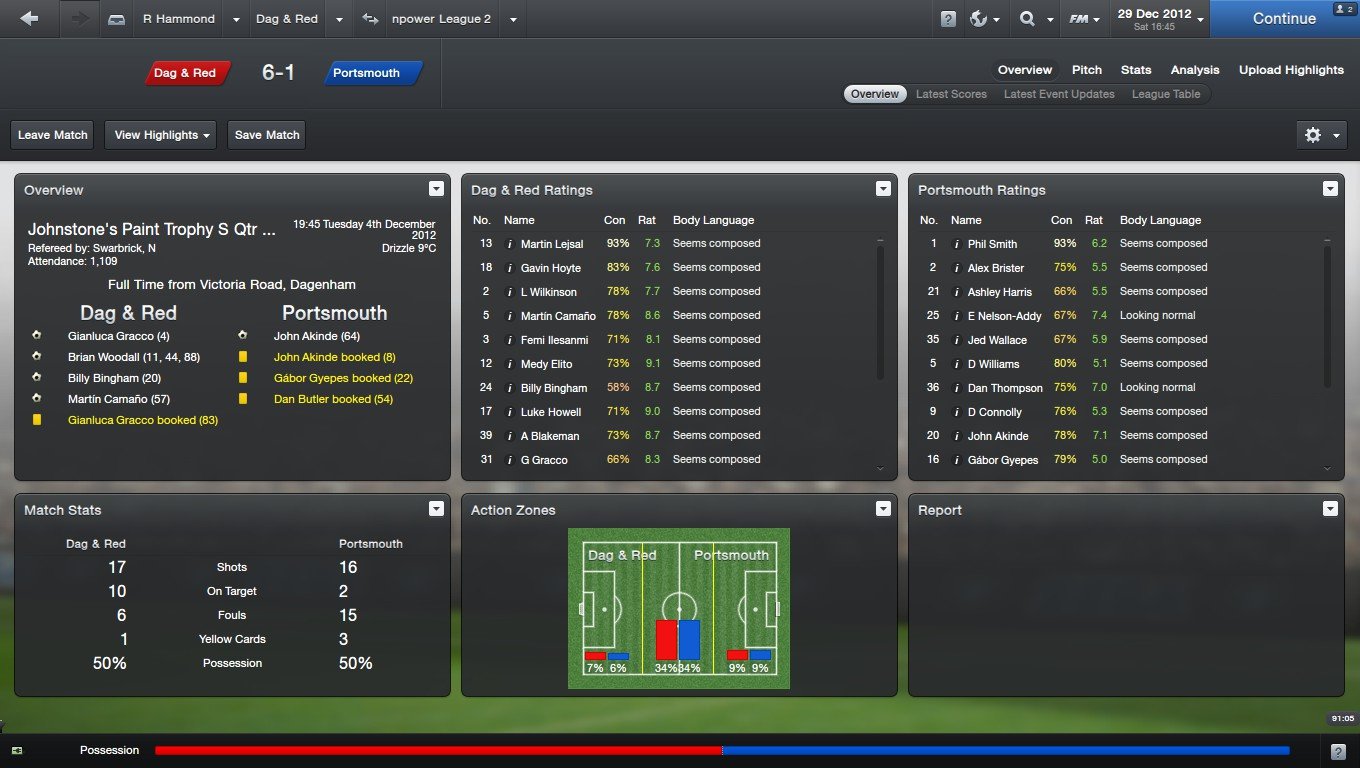 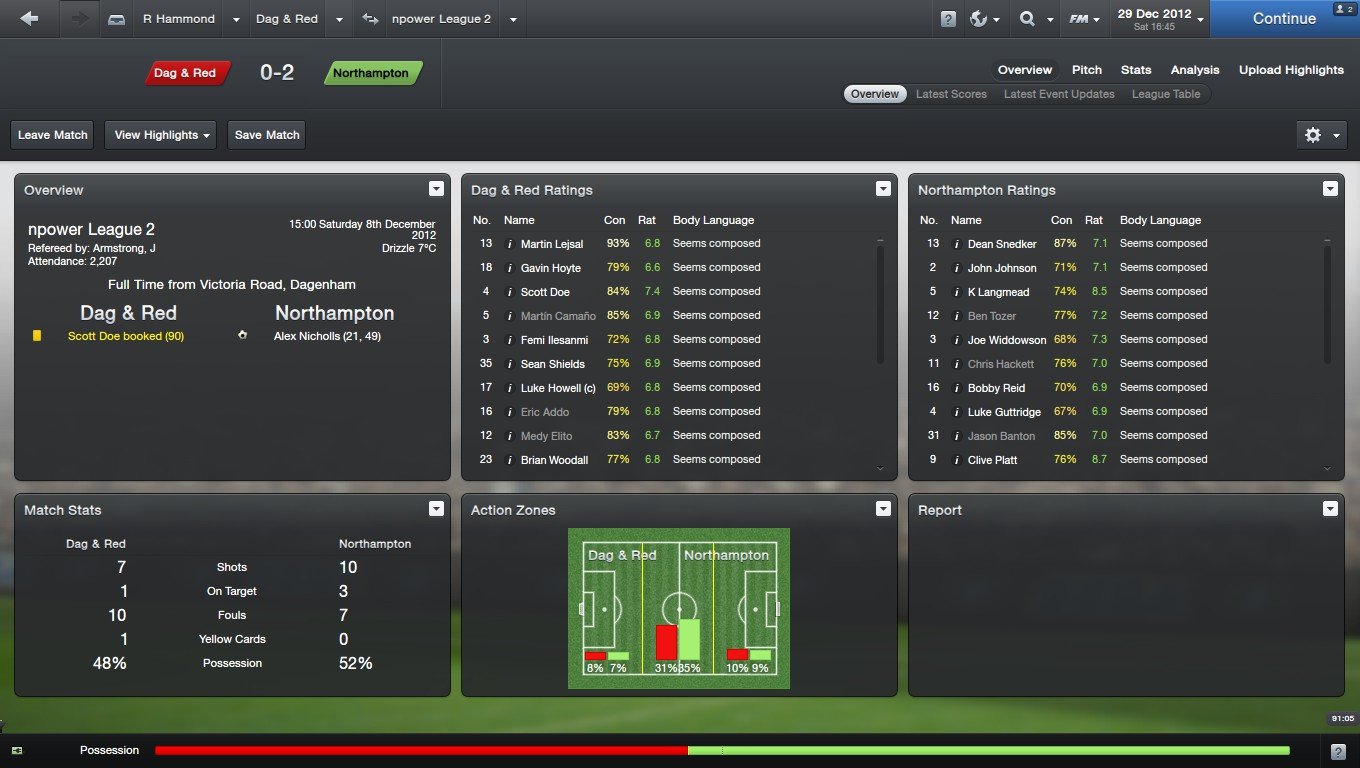 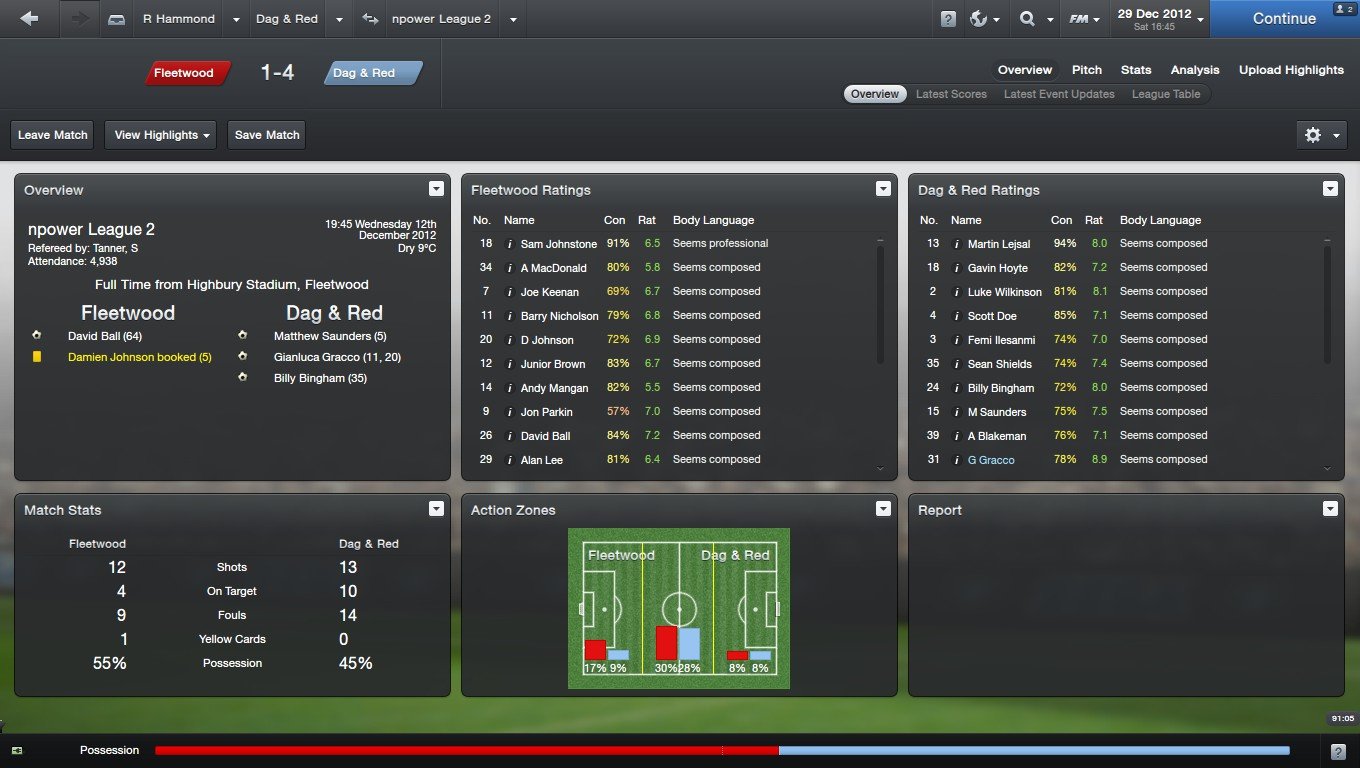 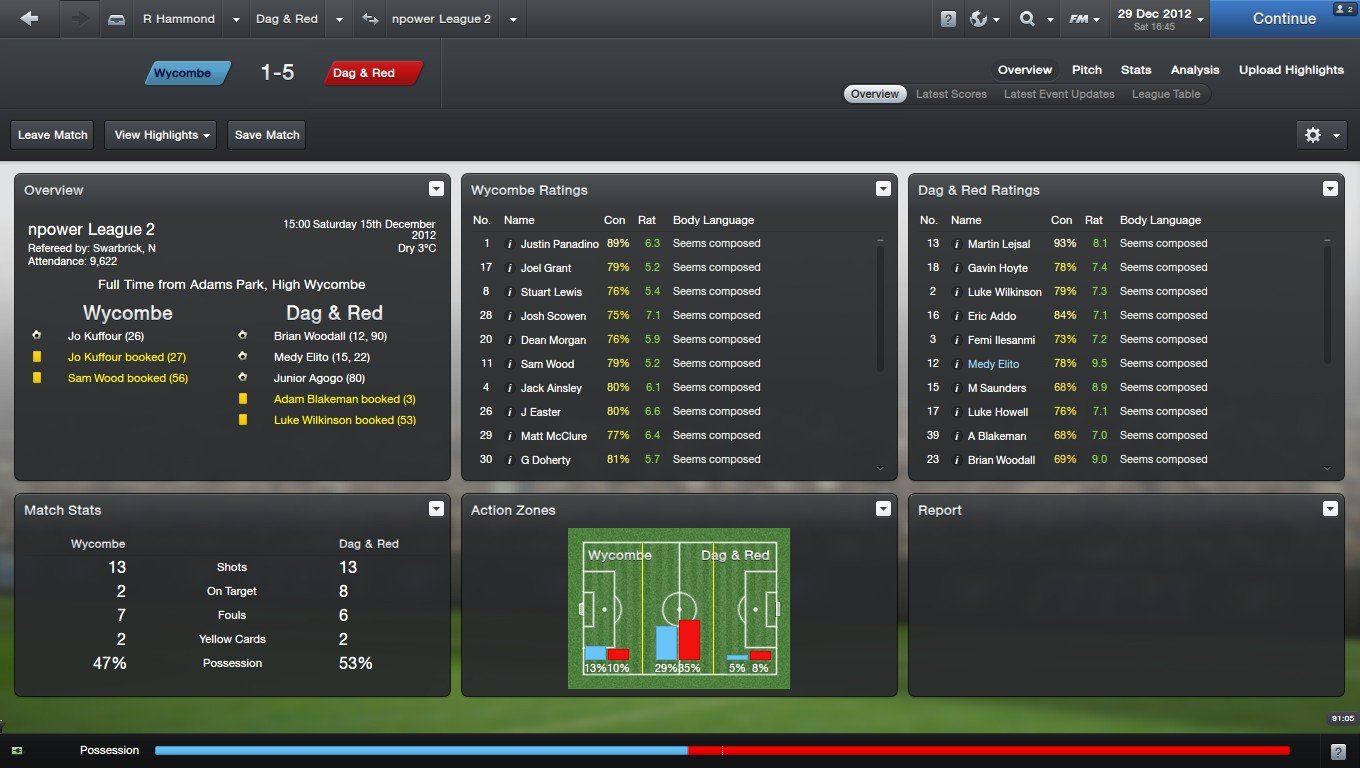 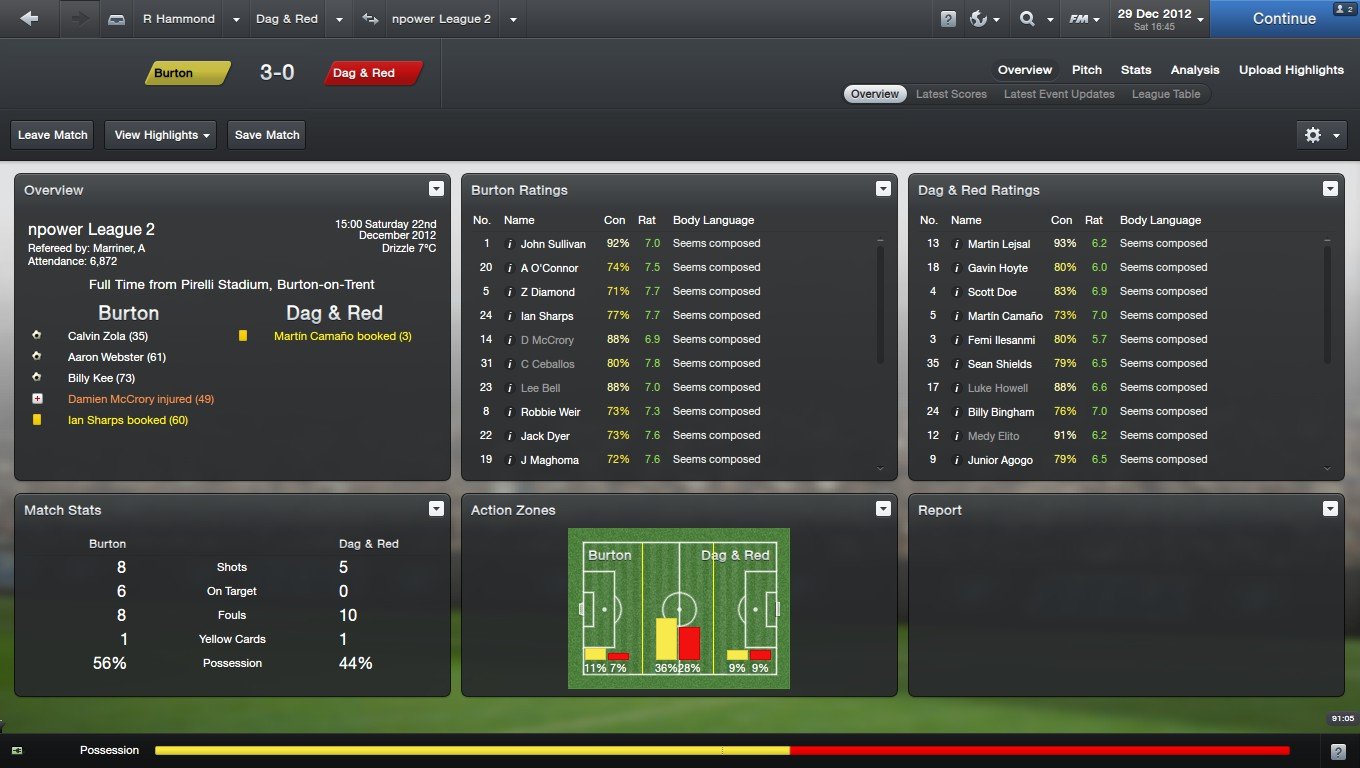 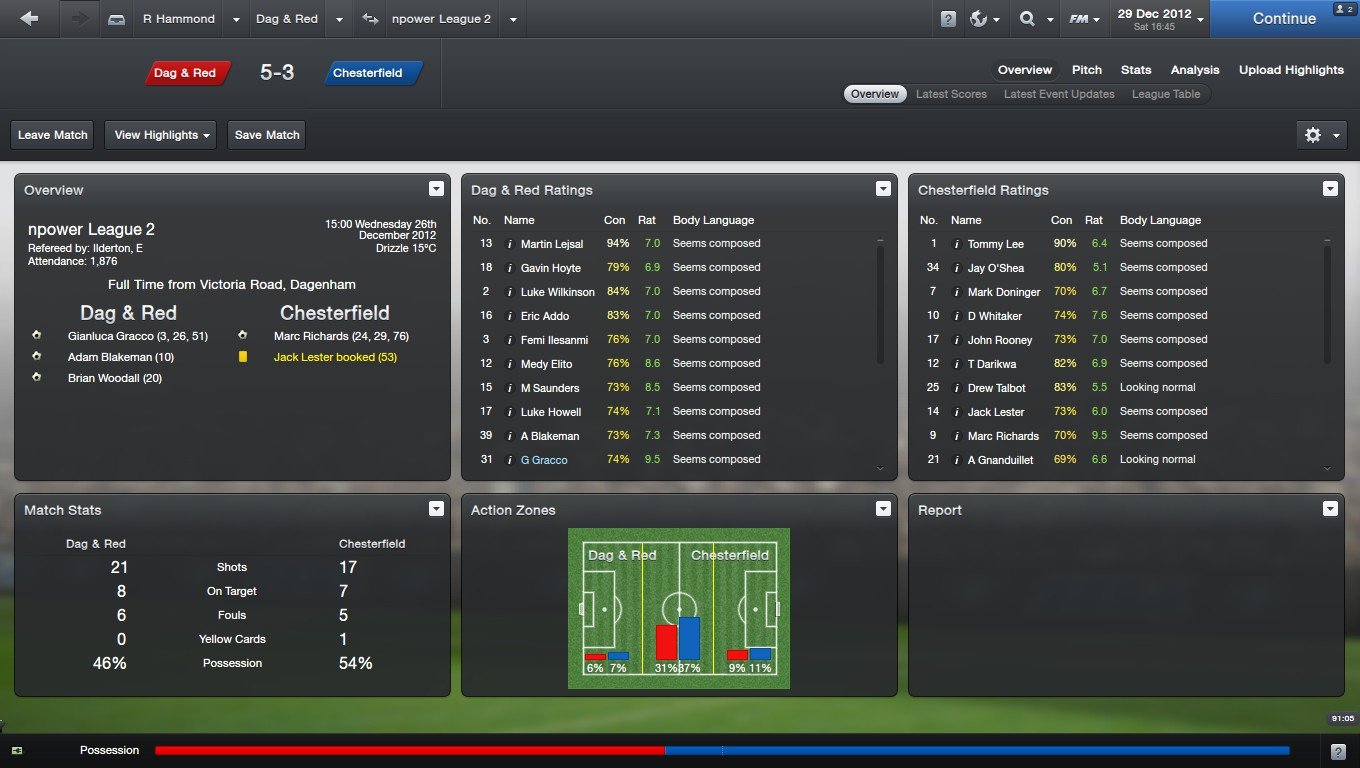 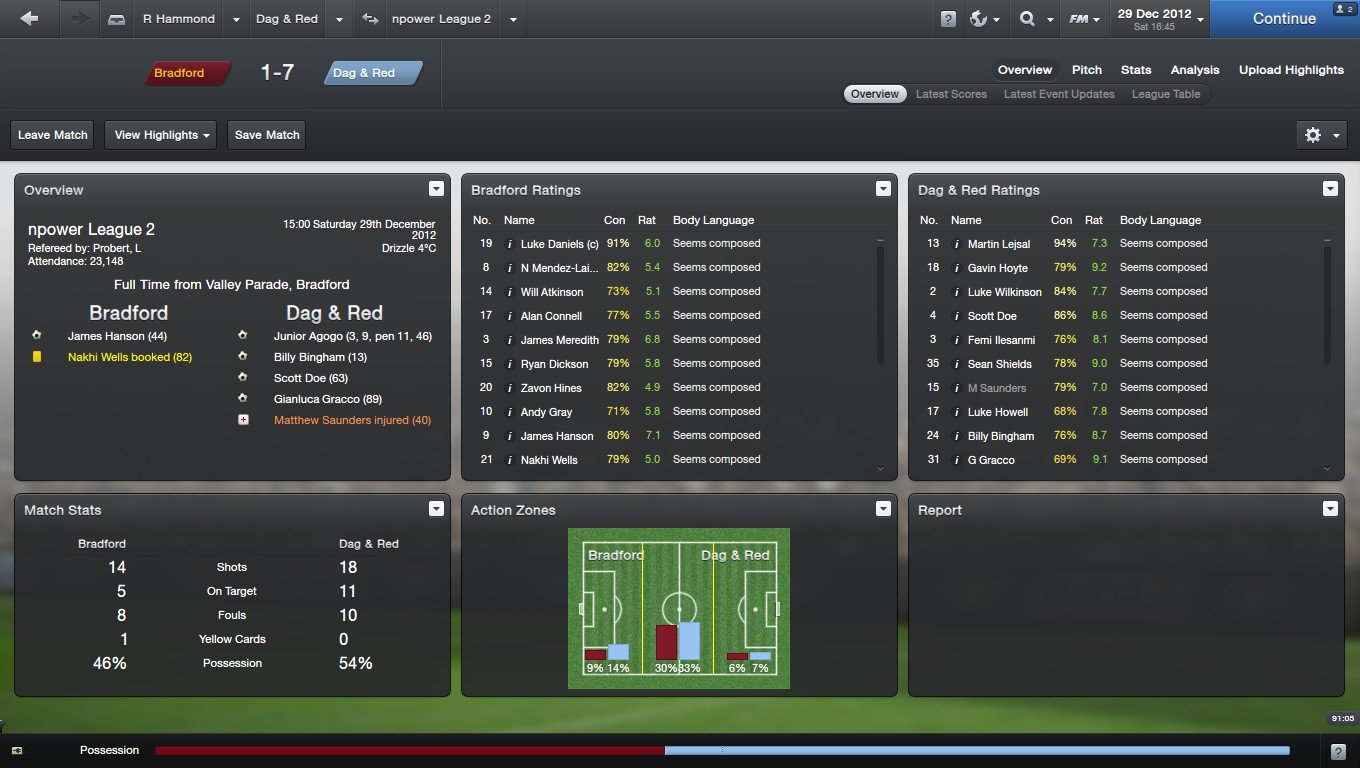 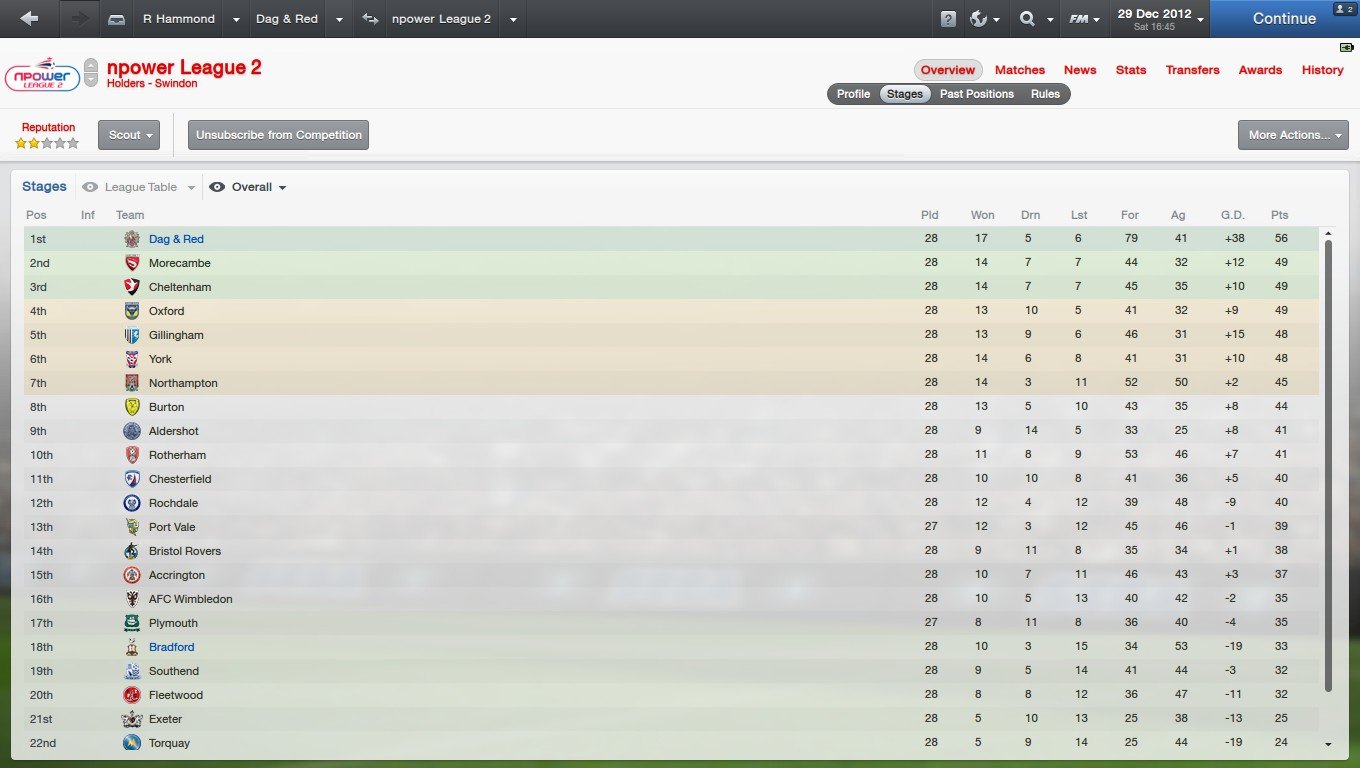 Well, what an amazing month. We had some blistering form in the league, like scoring 5 against Chesterfield and 7 against Bradford City. Once again we have dominated teams around us and kept top spot in the league. A position we have kept since March, overall I am very happy with the team going in to the January transfer window. Hopefully we can bring some players in to the club to help our push in the league. Bring on December!
Login to Quote

The 510 Series
9 years
Good results, but you were battered by Burton!
Login to Quote

Radders2109
9 years
The 510 Series - Yeah I know, fortunately it was just a blip as we managed to pick up some wins after

IF we beat Tranmere Rovers in the 3RD round then we will play Swansea City at home in the 4TH Round. A very tough draw, probably will get battered but you never know 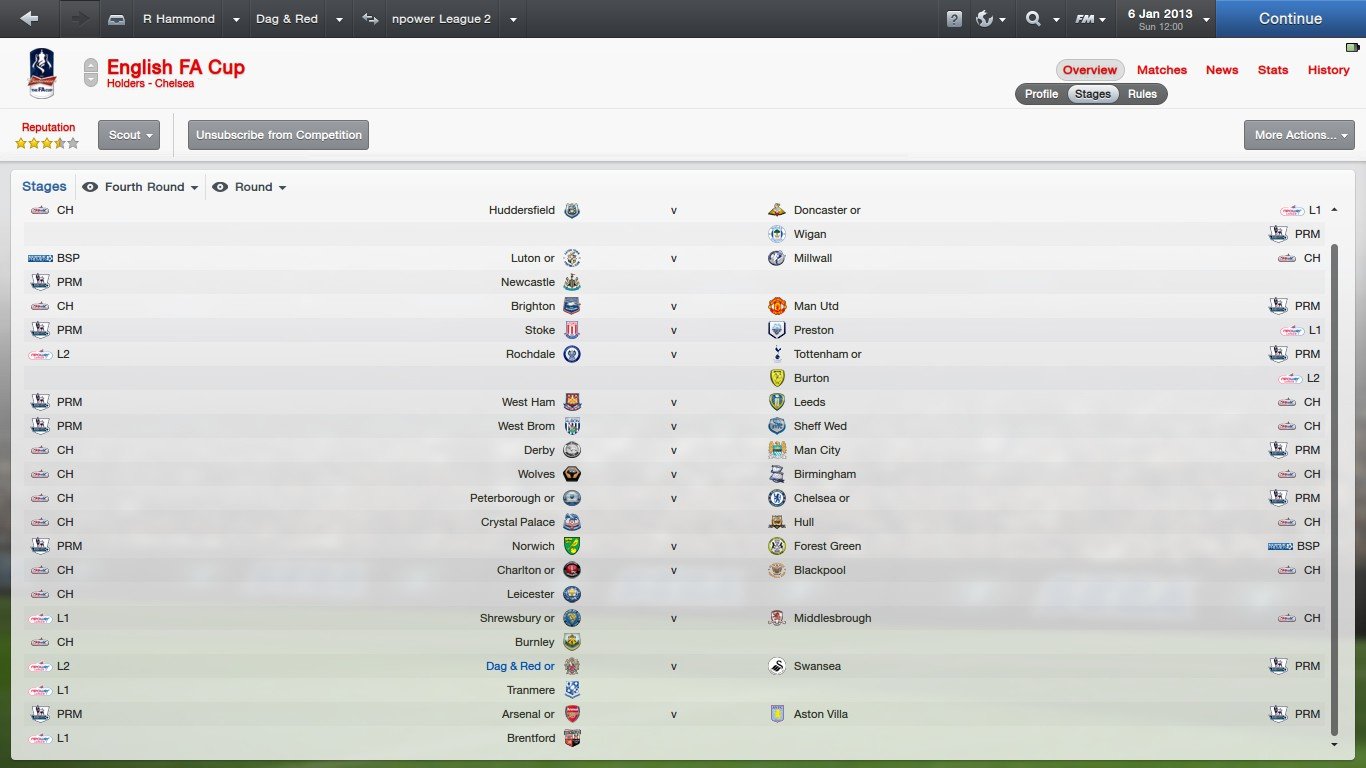 As you can see we have got Southend United in the South Final. If we both legs then we reach the overall final to win some silverware. On this tie, they are in the same league, so if we stick to our game plan we should win. But anything can happen afterall 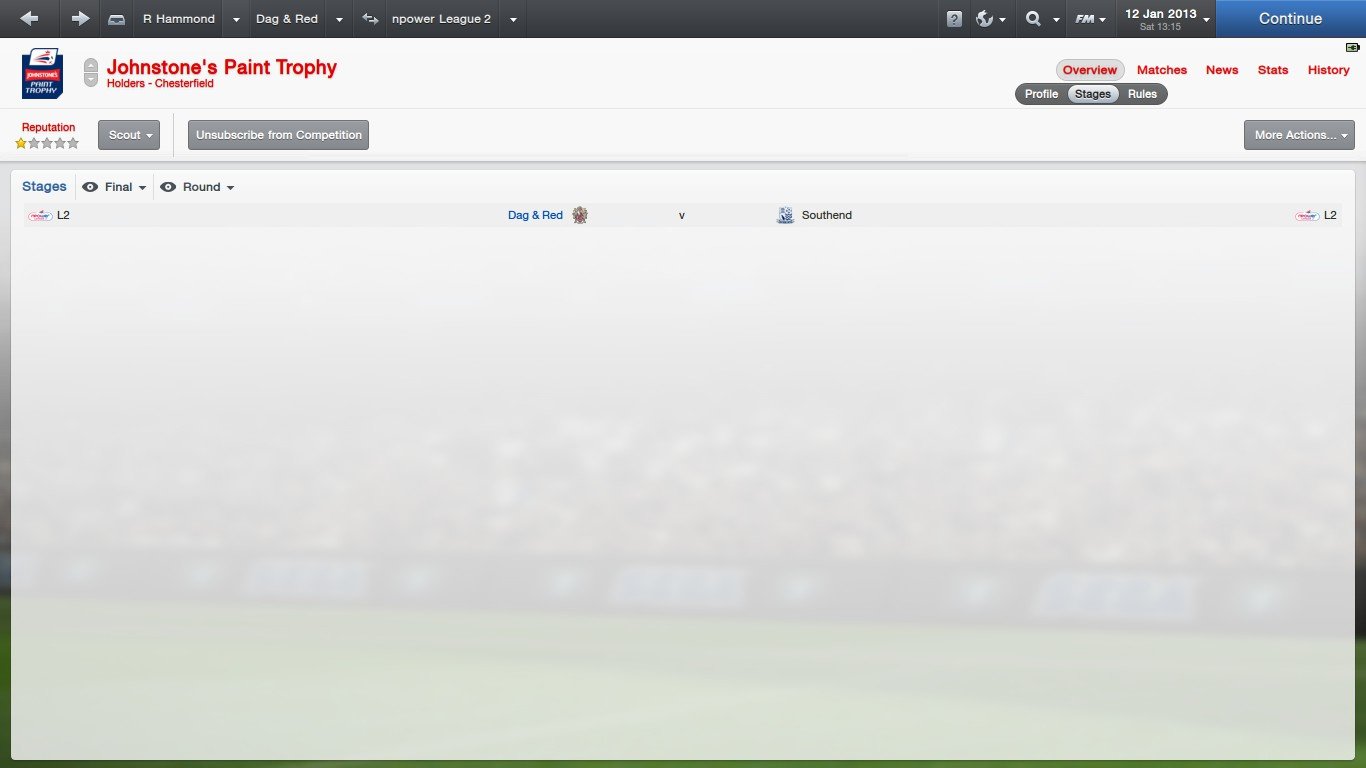 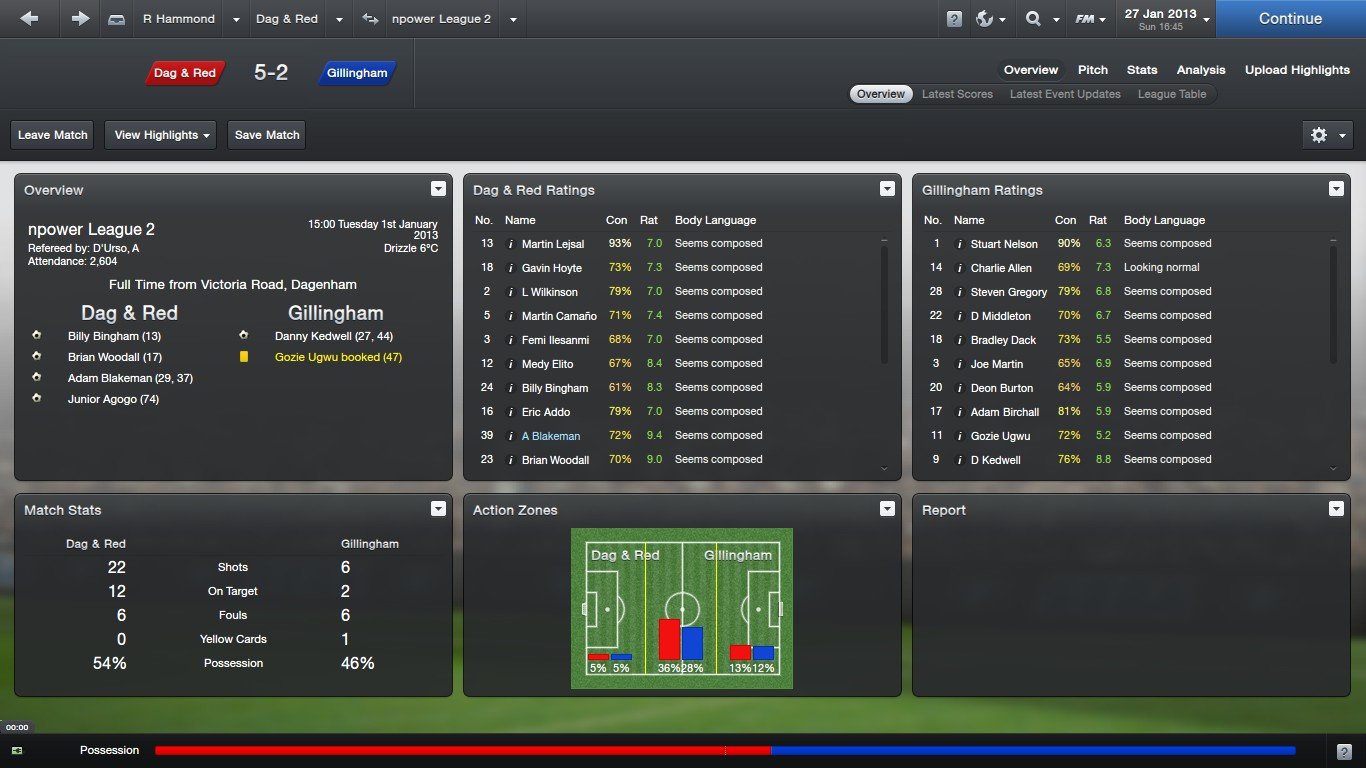 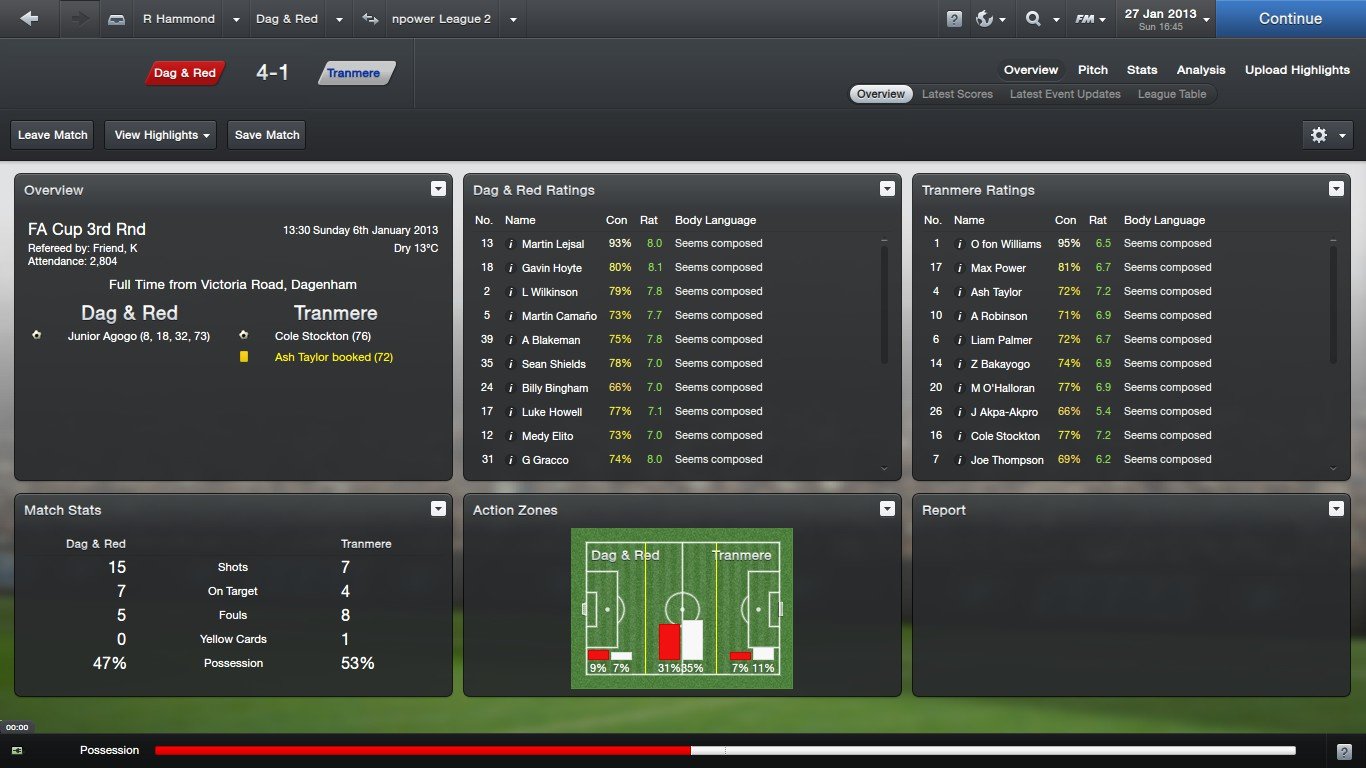 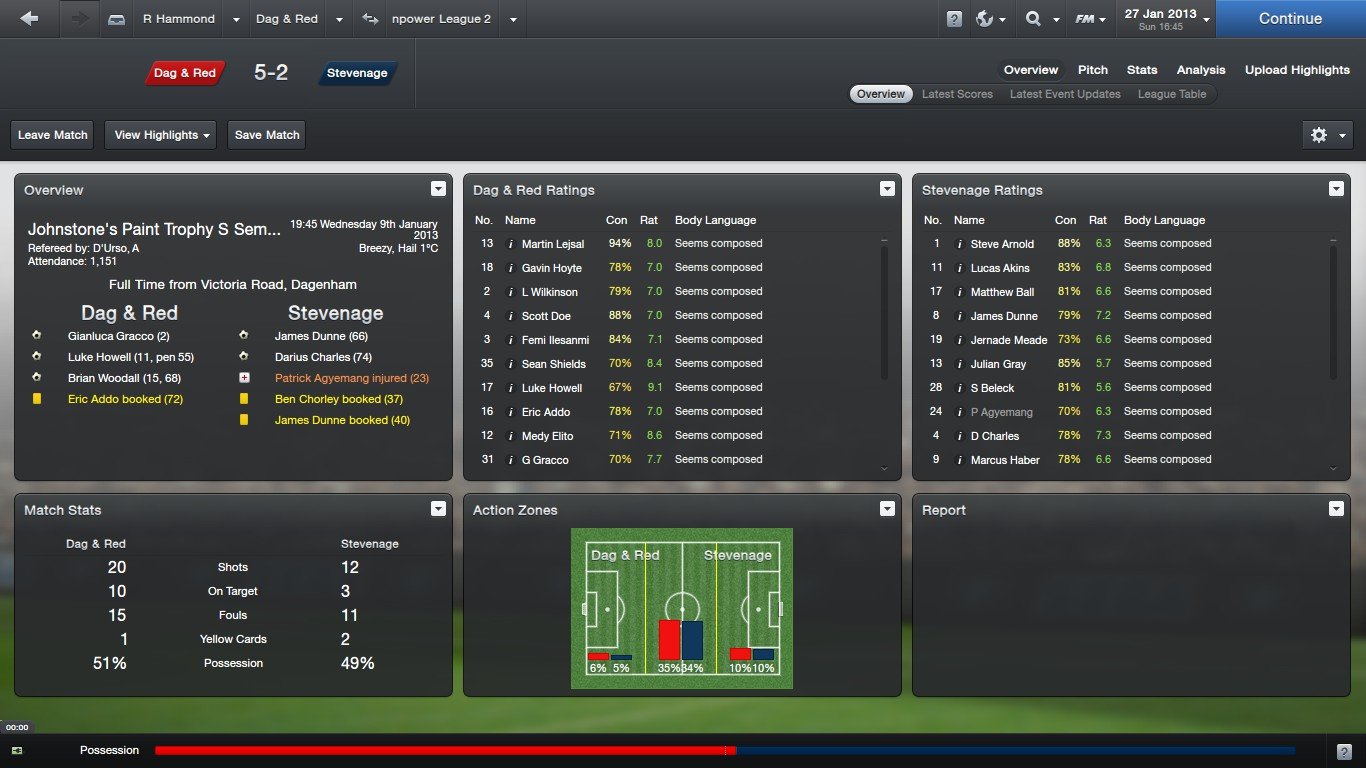 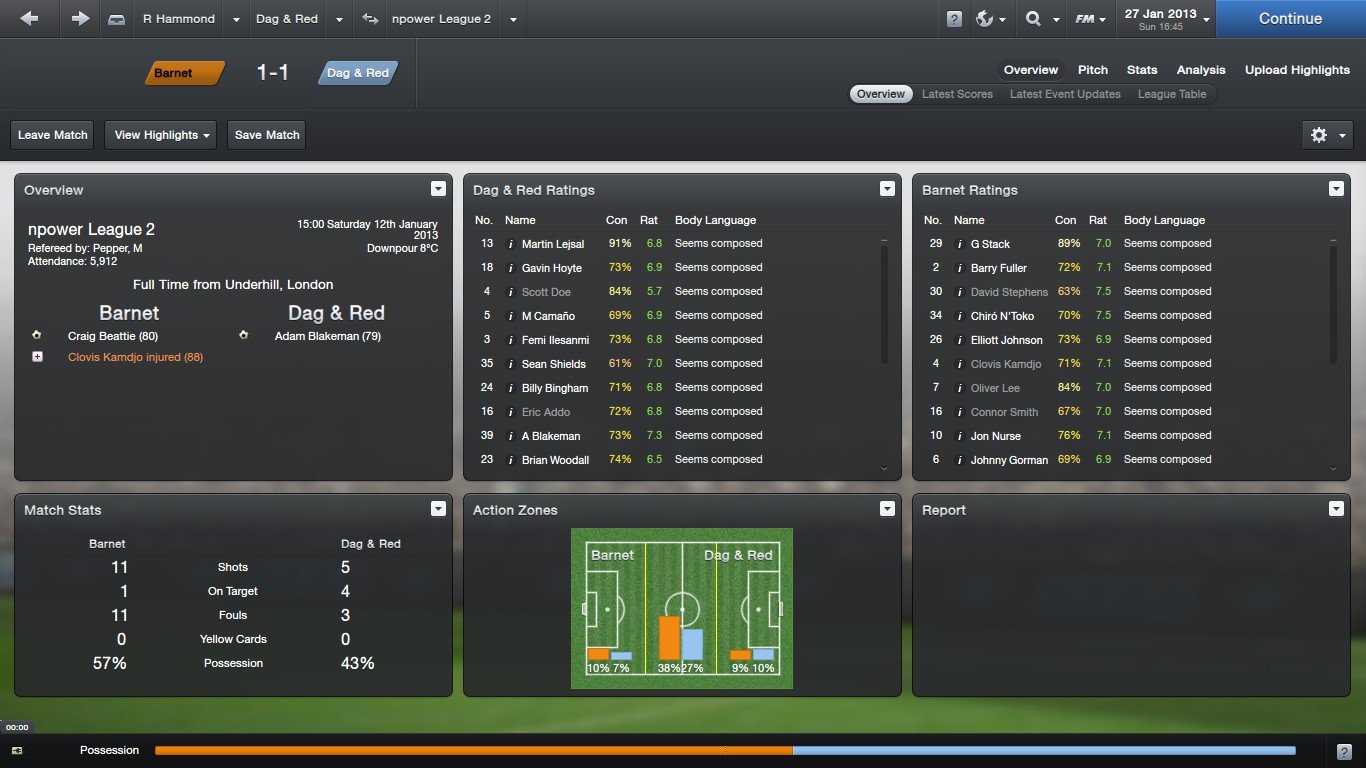 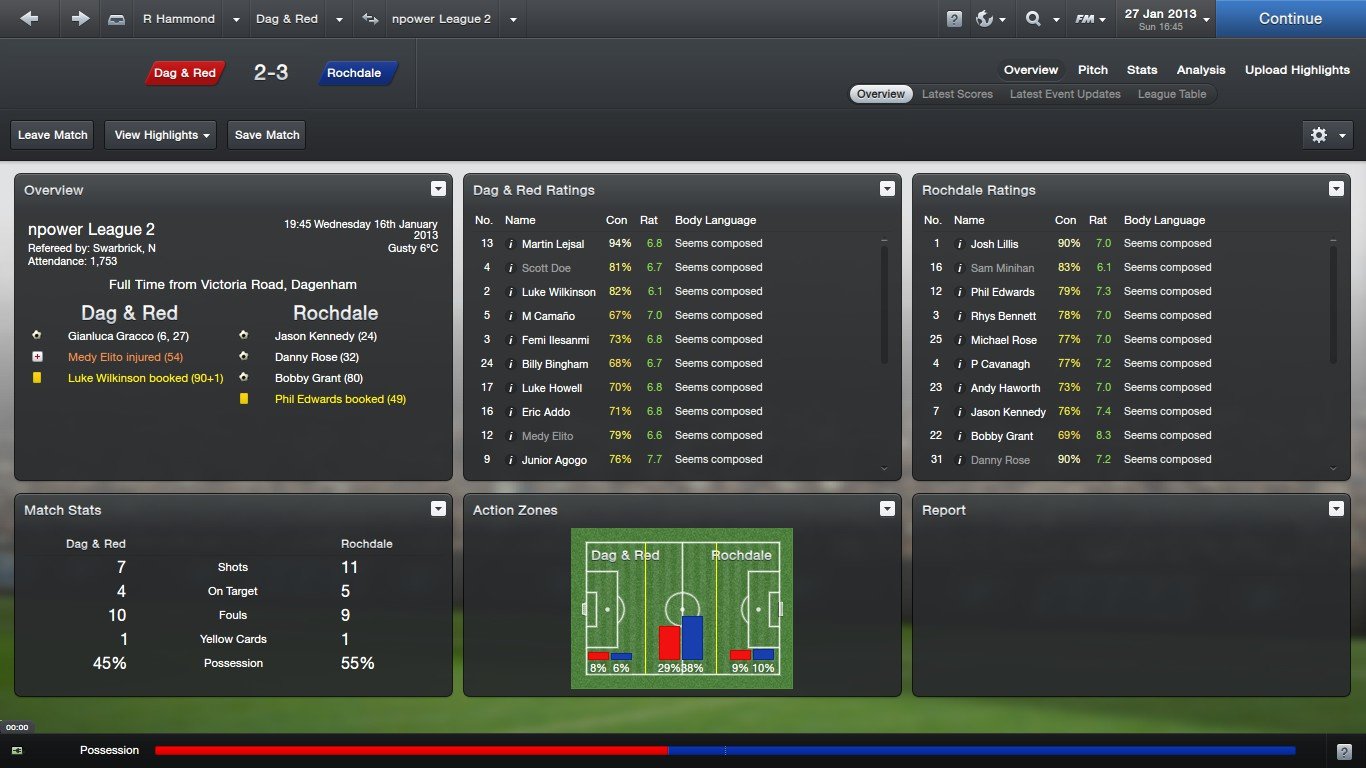 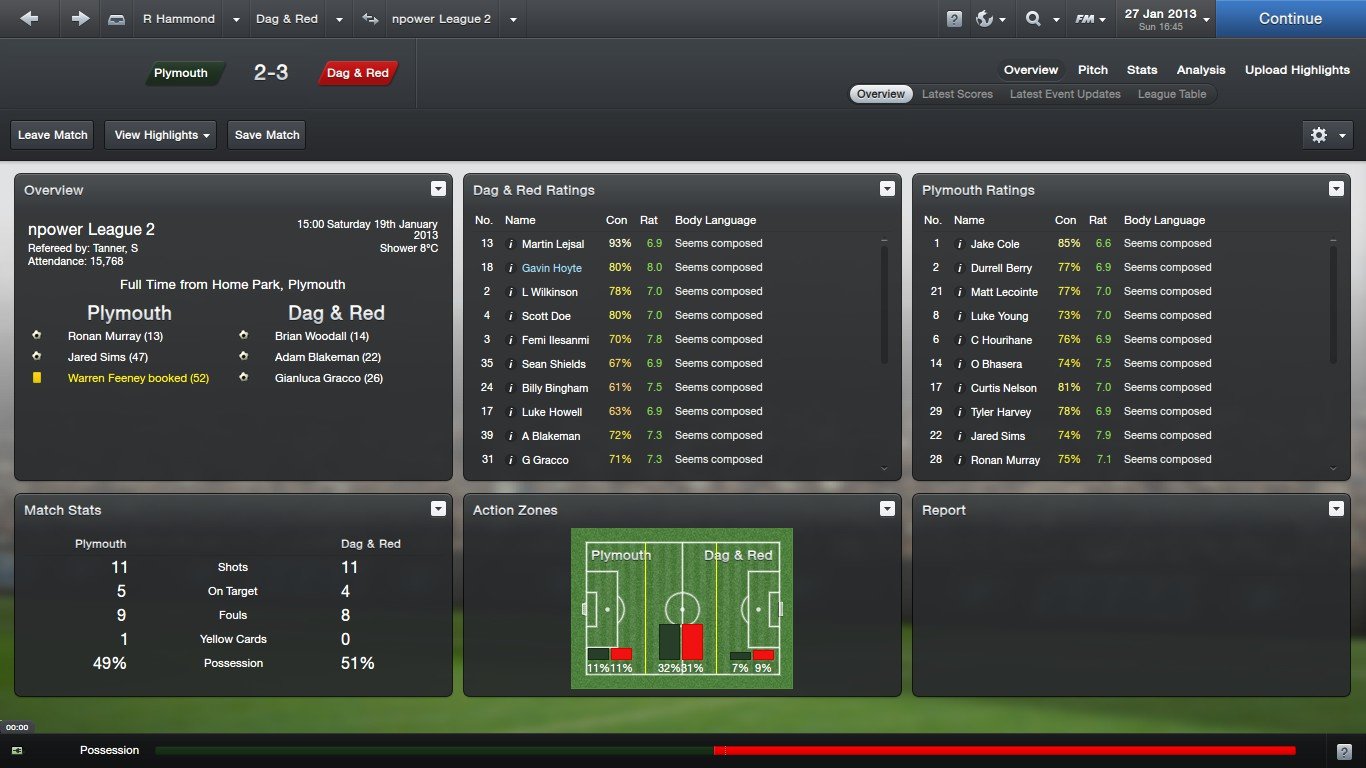 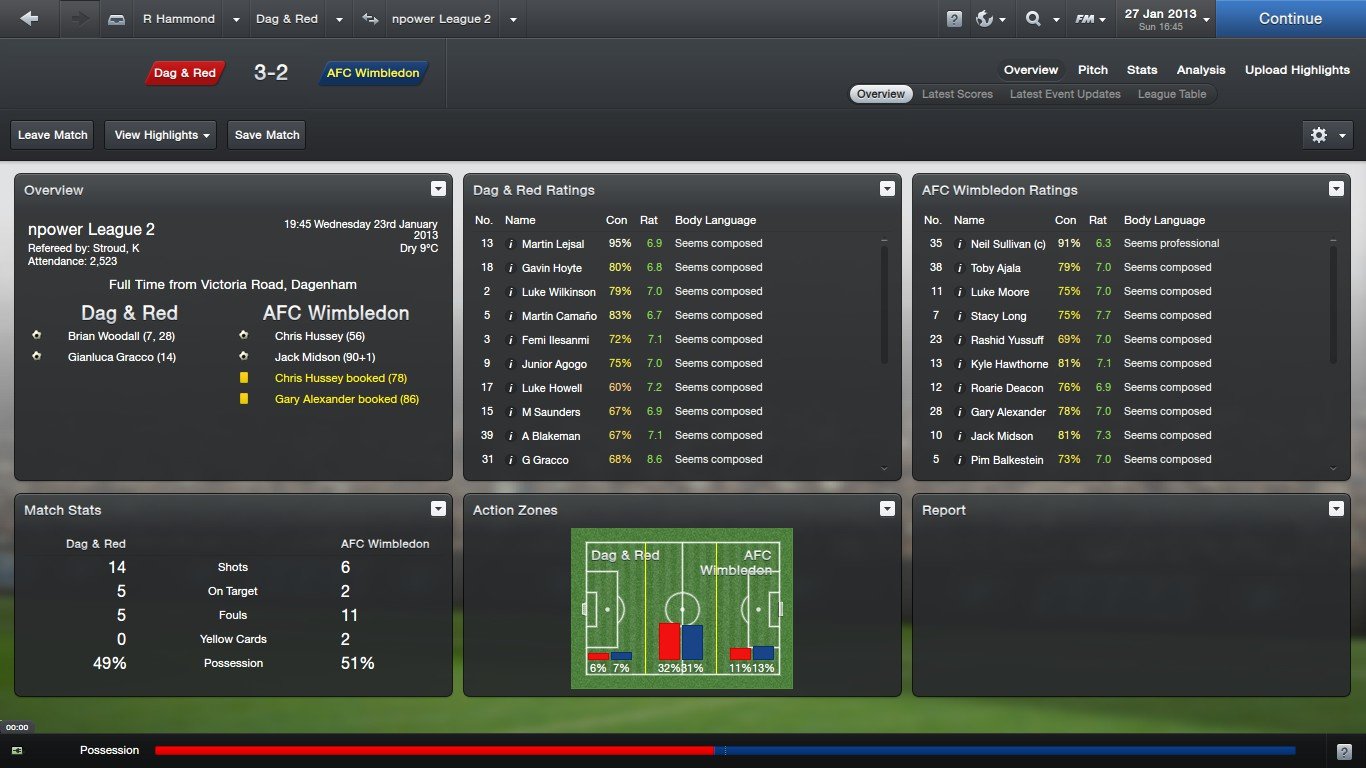 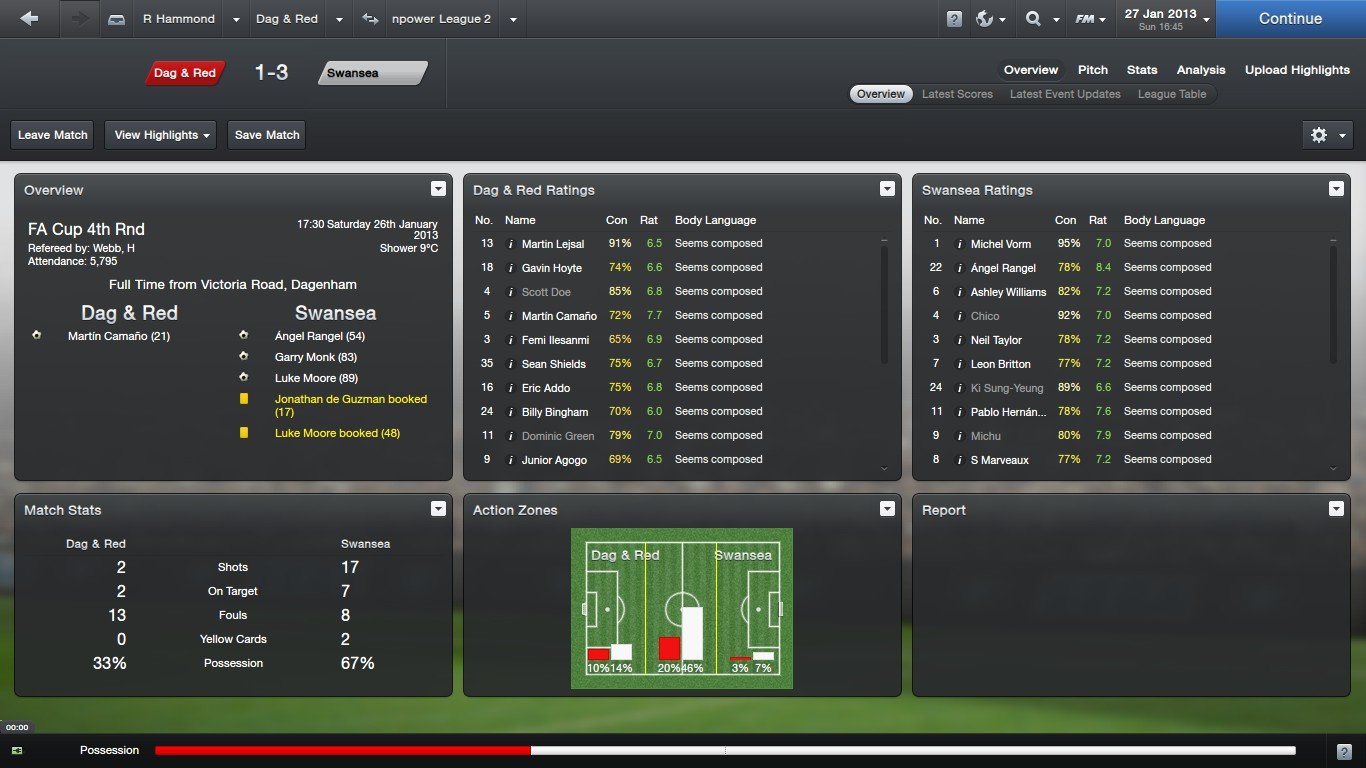 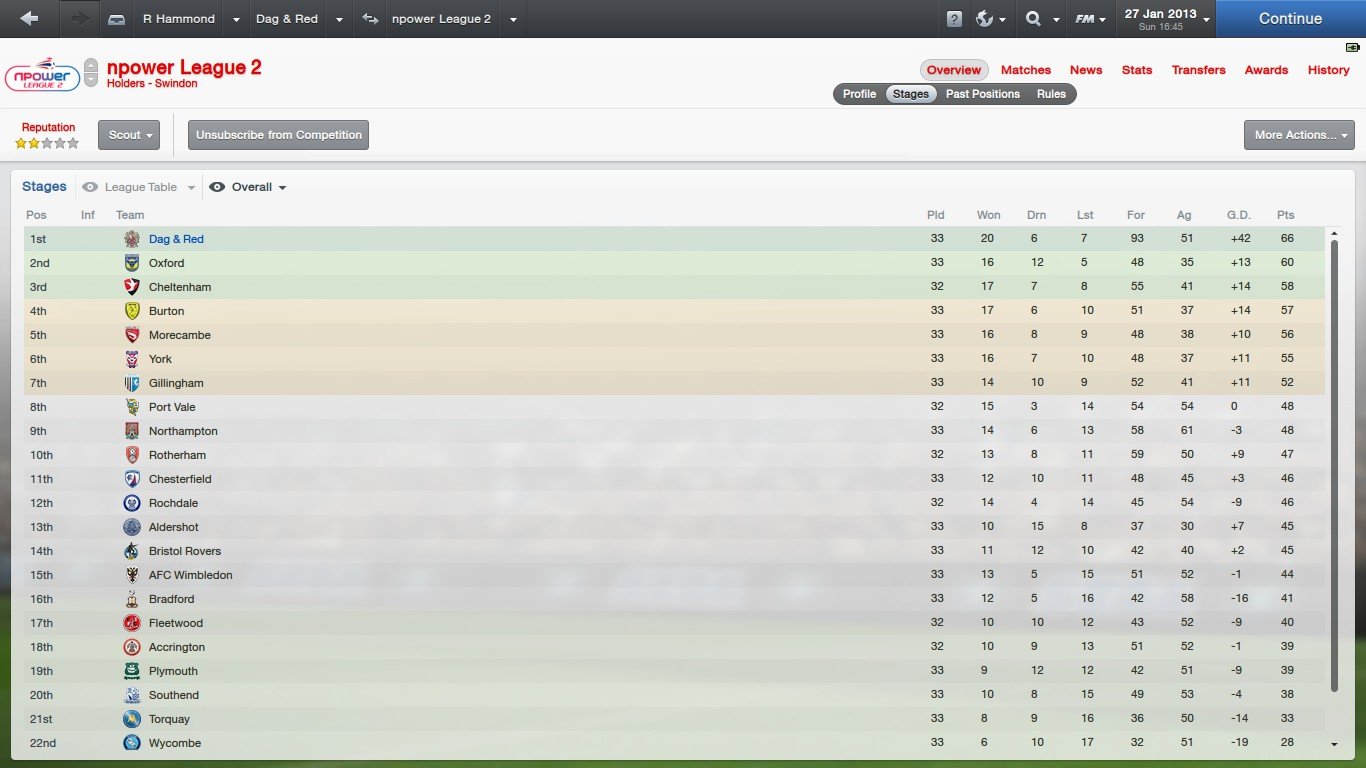 Well, what a brilliant month! We won 6 out of 8 games built a lead in the league. Unfortunately, we didn't win in the FA Cup, but I have to admit it, I didn't think we would win at Swansea anyway so no harm done. On a brighter note, we have made the south final in the JPT, so overall I am a very happy manager, hopefully we can carry on and win the league tite. Bring on February!
Login to Quote

FM-LD
9 years
Great progress so far. Keep it up and you'll be getting silverware!
Login to Quote

Radders2109
9 years
FM-LD - Thankyou! Yeah hopefully I can carry on the way i'm playing and bring glory to Dagenham

As you can see we have got Carlisle United for a chance to win some silverware this season. They are only a league above us and we have beaten teams above us this season. League form does not matter for this game, it matters who preforms on the day. Hopefully it will be us that preform and we can bring the trophy home. Come on The Daggers! 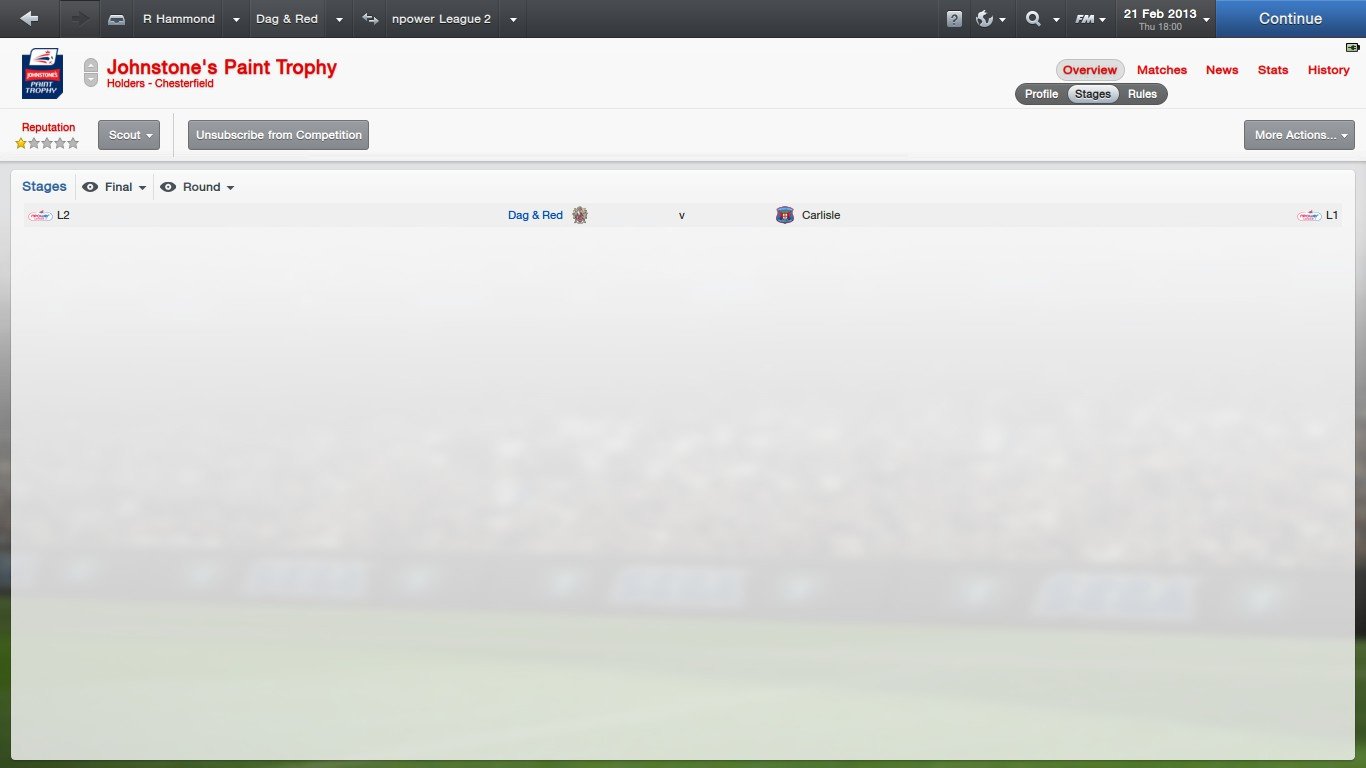 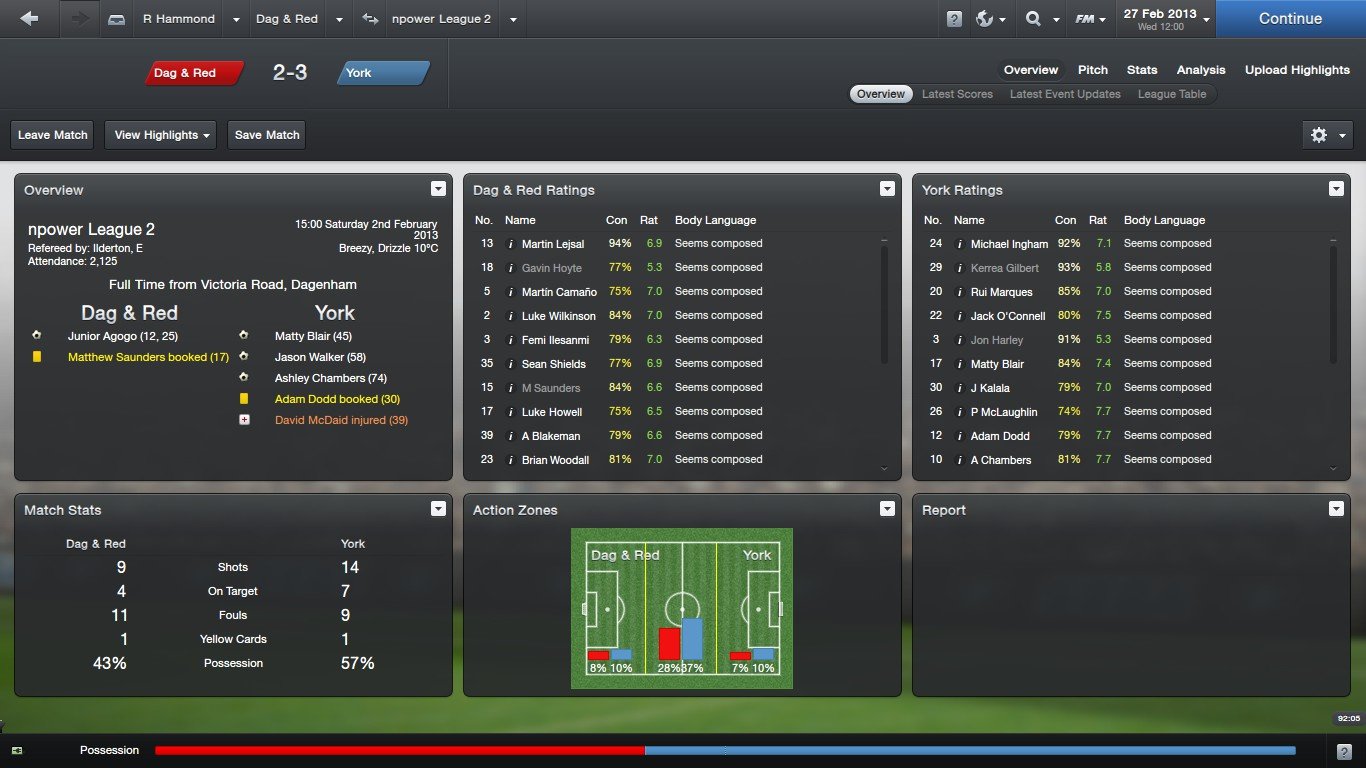 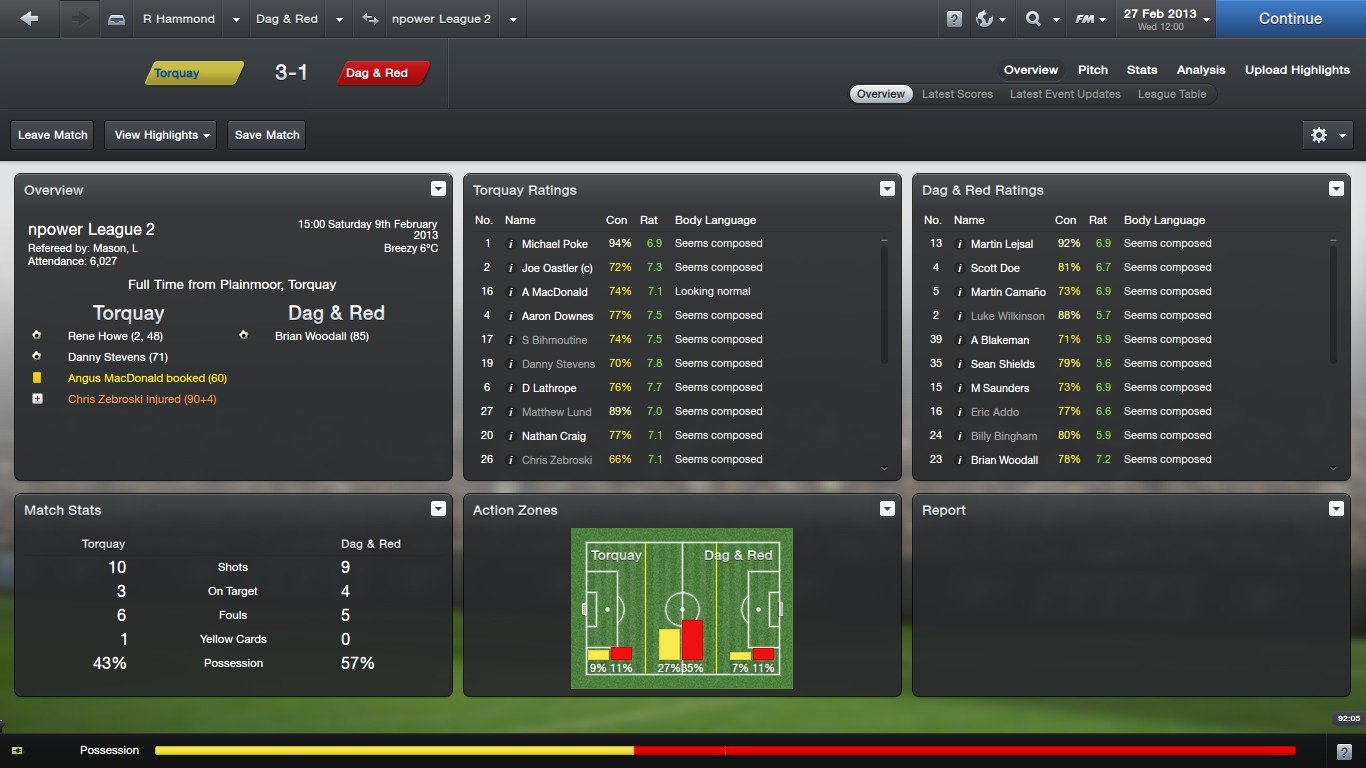 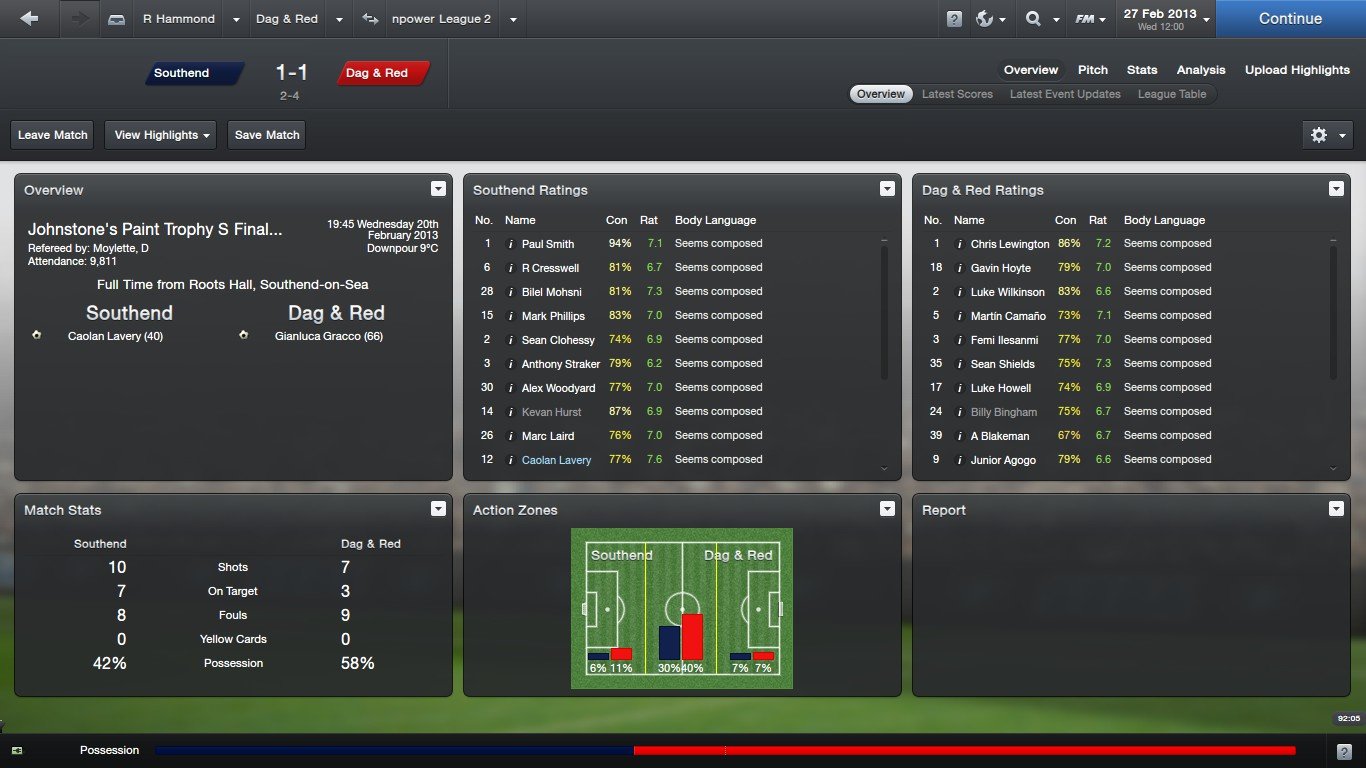 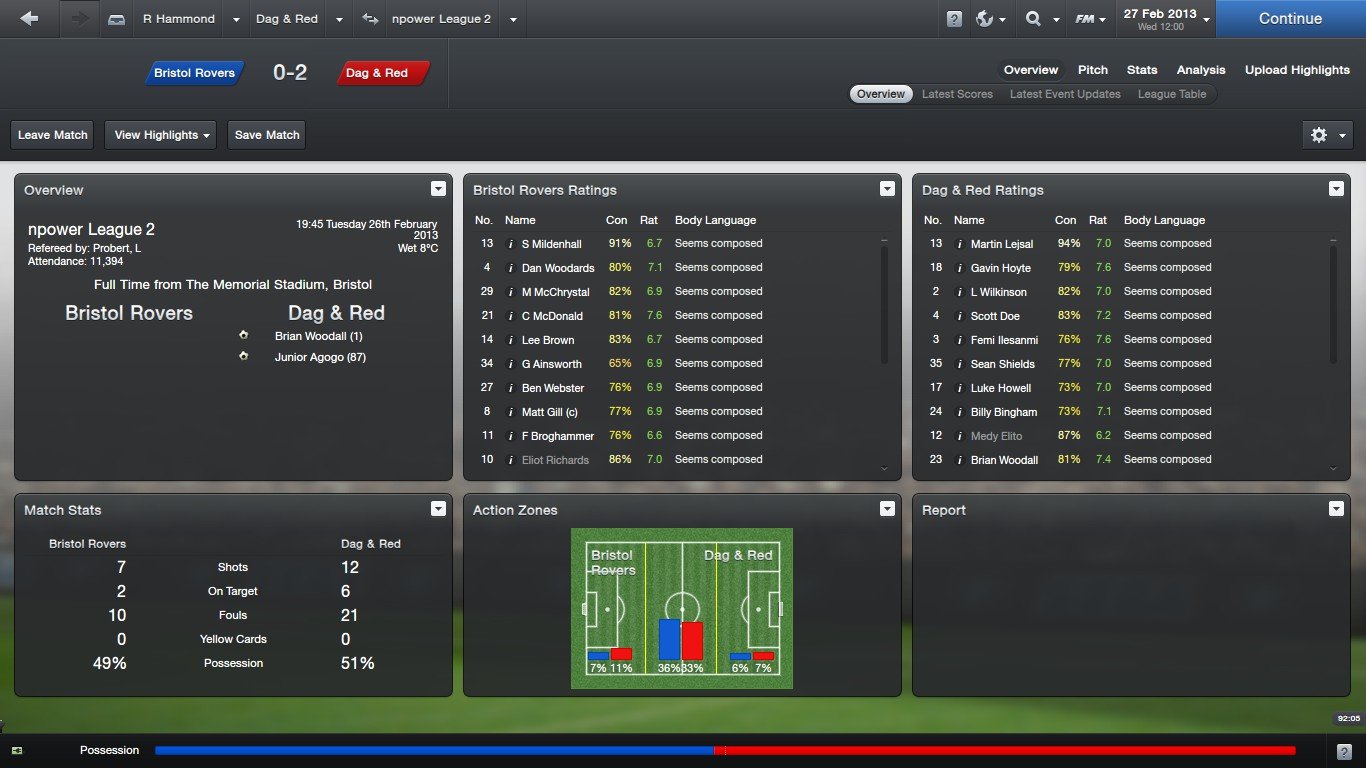 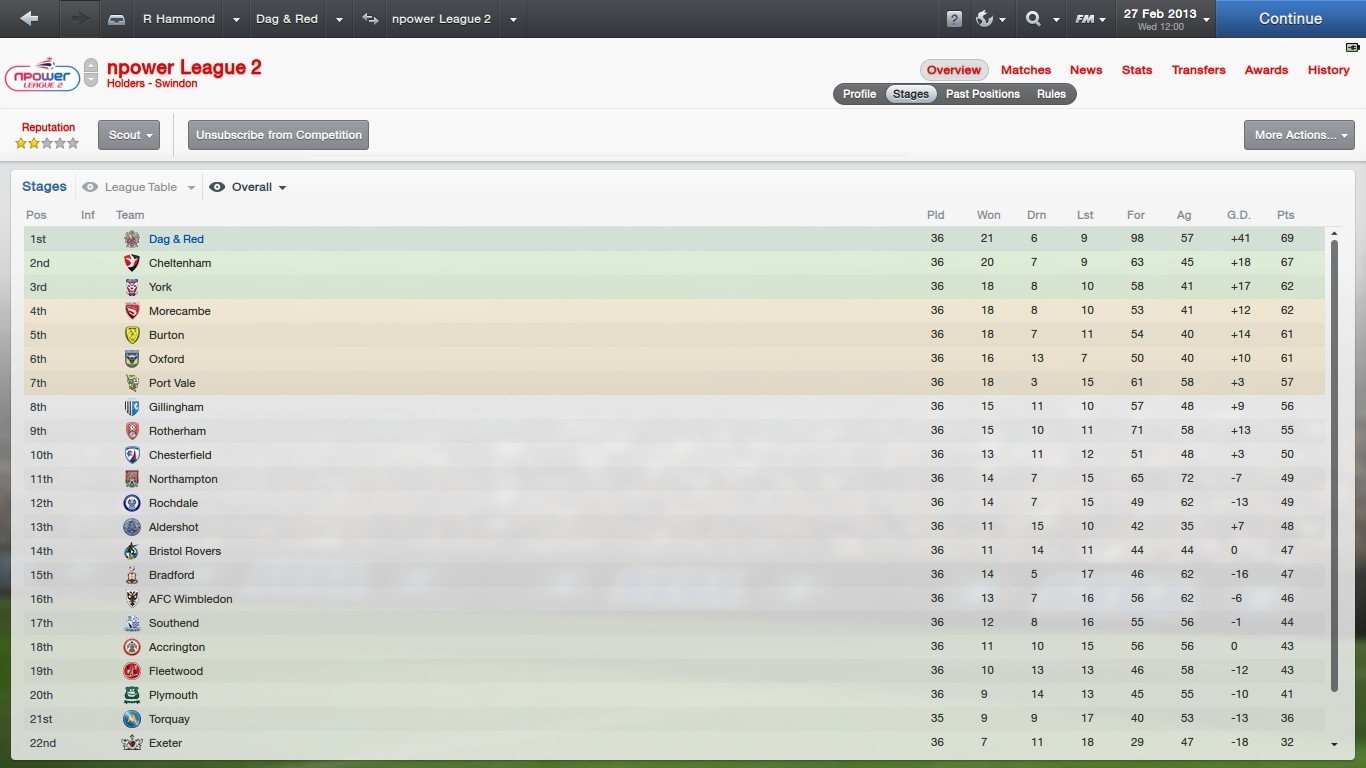 So, we made the final of the Johnstone's Paint Trophy. We still remain top of the league, we have around 9 or 10 games left in the league so not long. Hopefully we can carry on and win the league title and make it to League One. Overall, I am a very happy manager we have the chance to do the double this year, which is my first year in charge so that is pleasing. The future looks promising here at Dagenham and I can't wait to be part of it! Bring on March!
Login to Quote

FM-LD
9 years
10 games left. Come on Dagenham, you can do it. ]
By the way I don't support Dagenham

Radders2109
9 years
FM-LD - I know, so close to the end! Yes, I can tell by your avatar. Also your story is about Barnet haha But thanks for commenting!
Login to Quote

STFCDan
9 years
Ah, it's good to see the Daggers doing so well for once.
Login to Quote

Sorry I haven't been posting tonight, I went to a football game so I couldn't post. Uodates will carry on as usual tommorrow guys!
Login to Quote