Raphäel: Thanks good to hear

HamoudiLFC
8 years
Following for sure, Love a Walter story

And what did you just say? *pulls out knife and chases*
Login to Quote

*Gives you a knife and chases*
Login to Quote

*Gives you a knife and chases*

Update it already, I thought there would be a few with the amount of replies and you've only done the introduction

'Lomas Not An Option' - Fans 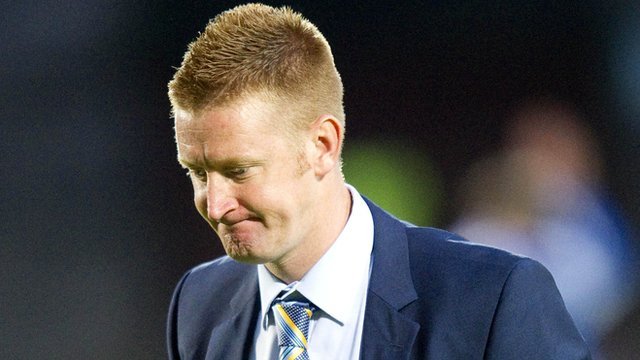 Millwall fans have warned owner John Berylson and the board at Millwall that St. Johnstone manager Steve Lomas is not an option for the vacant managerial position at the club, due to his previous experience at bitter rivals West Ham.

Owner Berylson, who recently accepted Kenny Jackett's resignation, has been told by the fans that he must not consider Steve Lomas for the job. The American has yet to make a statement on the matter.

'If he thinks a guy like Lomas is fit for the job, he's crazy,' proclaimed one fan. 'It's just not right to be honest,' he added.

Millwall have been interviewing potential candidates for the job at The Den after Kenny Jackett ended his six year speel at the club. Rumours are linking ex-England defender Gary Neville with the job, despite no previous experience.
Login to Quote

*RUNS EVEN FURTHER*
Login to Quote

The bubbles gave him away

'Thanks, But No Thanks' - Arnold Managerless Millwall are still without a club after Central Coast manager Graham Arnold reportedly turned down a three year contract offer from the Championship side, meaning he has rejected too English clubs in the space of a week.

Arnold, who led Central Coast to the A-League title last season, turned down an offer from League One side Sheffield United only a week ago, labelling their offer 'pre-historic'. And now the Australian has apparently rejected Millwall in favour of staying in his homeland Australia.

Arnold's agent John Mackay released a statement earlier today, saying, "We can reveal Graham has rejected an approach from Millwall Football Club. Graham seriously thought about this offer but decided it would be best to stay in Australia where his family are settled," the agent said on his behalf.

Millwall will now continue a search for a new manager. The clock is ticking for the London outfit with the Championship season starting relatively soon. Gary Neville is now odds on favourite to land the job but the latest in the rumor mill is that the club are holding talks with former Portsmouth, Blackpool and Blackburn boss Michael Appleton.
Login to Quote