Sporting Clube de Portugal, commonly referred to as Sporting CP or Sporting and colloquially known as Sporting Lisbon outside of Portugal, is a Portuguese multi-sports club based in Portugal's capital city of Lisbon. Although they successfully compete in a number of different sports, Sporting is mostly known for its association football team. Founded in Lisbon in July 1, 1906, it is one of the "Três Grandes" (The Big Three in English) football clubs in Portugal, with Benfica and Porto being the other two clubs, Sporting's two biggest rivals. With more than 100,000 registered club members, its teams, athletes and supporters are often nicknamed Leões (English: The Lions) by its fans.

During the first century of the club's existence, the teams and the athletes of Sporting won 3 Olympic gold medal, as well as many silver and bronze medals and thousands of national and district titles.

Sporting was one of the founding members of the Primeira Liga in 1933 and it has never been relegated from the Primeira Divisão (First Division) of Portuguese football, along with FC Porto and Benfica. 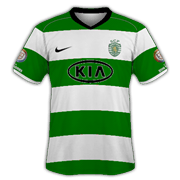 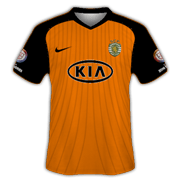 The minimum expectation is that the club wins the Liga ZONS SAGRES title this season.

The minimum expectation is that the club reaches the Second Knockout Round of the UEFA Europa League.

The board do not regard the Taca de Portugal as an important competition, and will judge the season based on performance in other competitions.

The board do not regard the Taca de Liga as an important competition, and will judge the season based on performance in other competitions.

A transfer budget of £4m has been made available to purchase new players.

A wage budget of £275k p/w has been made available for players' wages.
Login to Quote

BeanyUnited
7 years
Not a bad budget their Blue! Good luck on your title race

Kane
7 years
A not too bad start Blue.. I joke of course, a brilliant start.

Hopefully this will bring even more success and joy then attempt #1. 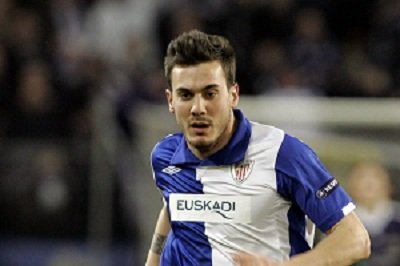 Sporting Clube de Portugal have completed their first signing under new manager Lothar Matthaus, after announcing the transfer of Spanish left-back Xabi Castillo from Athletic Bilbao. Castillo was transfer listed at San Mames, and has joined Sporting for a fee believed to be around £600k.

One of the key areas it was mentioned that Matthaus needed to improve on was defense, after some of the key parts of the back-line were sold by his predecessor, Jesualdo Ferreira. One of the big players in this area that was sold was Argentinian international Emiliano Insua, who was sold to Atletico Madrid for £3m earlier in the summer. The 23-year-old had only been at the club for a season after joining on a free from Liverpool. Even though Sporting have lost one of their key players, they at least made a good profit on him, which helps the financial situation.

Many involved in Portuguese football expect Castillo to replace Insua at the left-back position for Sporting, with many fans expecting him to do well in the role. When Insua was sold, Sporting went out and bought Marcos Rojo to the club, from Spartak Moscow for £3.5m, and many expected him to take Insua's place, but with the sale of centre-back Daniel Carrico, Rojo is now thought of as first-choice there instead, paving the way for Castillo to take his place at left-back.

Due to the lack of money available to the management team at Sporting, a signing made from the cheap transfer-listed players was always going to be on the cards, and that is exactly what the German manager Matthaus has done. He's barely been in the job for a week, yet immediately set about sealing a bargain with the Spanish left-back. Castillo has also played for Real Sociedad, making 71 league appearances for the Txuri-urdin between 2007-09, after which he signed for Bilbao on a free. Quite why Castillo was transfer-listed by the Basque club is unclear, although it could be down to a personal request made by the defender himself. He had recently been moved to the reserve squad for the coming season, and had struggled to make an impression at the La Liga club before this, making only 30 league appearances in the last three years.

The details of Castillo's contract are also undisclosed, but the weekly wage is believed to be around the £12.75k mark, which is quite high compared to Sporting's usual restrictions on wages for new players. One thing we do know however, is that he has joined until 2015, so is on a three-year deal with the Primera Liga club. If the wage is to be believed, then this would earn him almost £2 million if he stayed for the duration of his contract. Castillo will wear the number 3 shirt for Les Leões.
Login to Quote

Justice
7 years
Nice signing, hopefully he will do well

Neal
7 years
Good signing, Castillo is quality, should be a great signing

MarcusLFBA
7 years
Good signing, Hope he does good for you and Good luck! 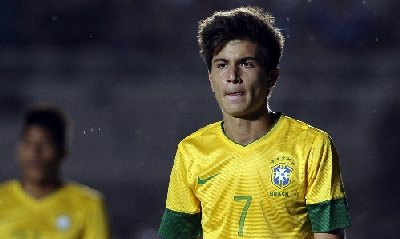 Social media sites have gone into over-drive with the footballing world's latest pun, after Sporting Lisbon completed their second signing under their new manager Lothar Matthaus, signing Brazilian attacking midfielder Mattheus from Flamengo. The 18-year-old joins for £925k, which was his release clause at the Rio de Janeiro club.

Sporting have always been famous for producing good young talent through their academy, and over the years have produced talents such as Luis Figo, who went on to play for Real Madrid and Barcelona, and Real Madrid starlet Christiano Ronaldo, who is currently considered to be one of the best two players on the planet. Ronaldo also holds the world record for highest transfer fee, after costing £80m to move from Manchester United to the Santiago Bernabeu in 2009.

The current generation at Sporting, however, is in the midfield, where Sporting have many young talents, which this just adds to. Players such as Bruma and Zakaria Labyad are already on the fringes of the first-team squad, whilst young players like Ze Roberto and Cristian Ponde are waiting in the wings, ready to storm into the first-team picture in a couple of years time. The signing of Mattheus adds to the influx of young talent at Sporting, and shows the intentions of Lothar Matthaus, showing he wants to build for the future, and make sure that the talent continues to flow for years to come.

Whilst there are lots of young players who are very highly regarded, and touted as stars of the future who are playing in the Brazilian leagues, but the general belief is that these players need to make the step-up and join one of the Brazilian leagues. Examples of players like this are Santos' Neymar, and Flamengo's other young star attacking midfielder Adryan, who both harness very good potential, but will not be able to fulfill it whilst still playing back in their native Brazil. Matthaus has recognised this, and brought his name-sake over from the Brazilian capital to play for Sporting.

Mattheus is believed to have signed a £12.5k p/w 5-year deal with the club, which could turn into a big risk, given how unproven and inexperienced Mattheus is. However, Sporting fans believe they have bagged a bargain in signing a player with such high potential for such a low price. Mattheus will wear the number 10 shirt whilst with Sporting.
Login to Quote

k1rups
7 years
2 very good signings there mate! Everyone knows Mattheus has potential and I expect you'll get the best out of him. Nice, in depth updates as well on the transfers good to see
Login to Quote

I think my next two signings might be my best ones!
Login to Quote

JasonRM
7 years
Great signings mate, Mattheus should play very well at sporting, and I think Castillo might be a bargain!

Murtagh
7 years
Nice signins Blue. Hope they do nice for you.