Keep up the good work!


yeah I know mate, I dont even know why I raise my expectations up too high sometimes, and Thanks!
Login to Quote 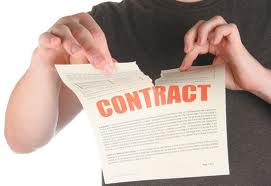 "Sources from Armenian Reports today suggest that Pyunik Yerevan Manager Hamoudi Fayad is planning on canceling the pre-season for Pyunik, with only hard training available for the fatigued players."

"The Europa League Group Stages finished during December, not long before the league started, therefore Hamoudi decided the pre-season be cancelled, due to the lack of fitness of the players. What does this mean now? What if Pyunik progress to the Knockout Stages of Europe, will they be able to cope?"

"Other reports suggest that a staggering 12 players have been released from Pyunik, leaving them available on free transfers. What is Fayad pointing at? He's won the league twice in a row now, but does he plan on taking it one step further and pushing through Europe?!"
Login to Quote

I feel you, as you can see by my "11:11 Challenge" I keep doing the same thing and don't know why either

I feel you, as you can see by my "11:11 Challenge" I keep doing the same thing and don't know why either

like, I was winning 3-2 against Genk when I was expected to get battered, yet I fumed and I was mad as hell haha

love your story btw, gonna go check it out now I forgot where I was at


EDIT: The Link to "#1: Pyunik Pre-Season Canceled.." is a post or two above this one, enjoy :D
Login to Quote

like, I was winning 3-2 against Genk when I was expected to get battered, yet I fumed and I was mad as hell haha

love your story btw, gonna go check it out now I forgot where I was at

It's still at the beginning but I'm trying to make it more interactive so I can start posting some more "action". I got some more news ,check it out

I always want the underdog (our team) to win the big teams, we were so close to making the knockout stages once (in our first season) if we had won a game which we were expected to get battered in, then Genk equalized in the dying seconds to kill our hopes, and I got mad at my team and got slated by the press and my players

Lynchy
7 years
Good luck if you do reach it 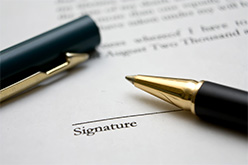 "Three players have been announced as Pyunik players today, after leaving their clubs on a free and signing pre-contracts with Pyunik. Armen Tatinsyan also had a pre-contract signed, but it was to leave the club, rather than stay. Tatinsyan has left Pyunik for relegated team Ararat Yerevan, hoping to teach those younger players new things, because he has experience and much more."

"The three signings were announced by Pyunik Manager Hamoudi Fayad today in a press conference at the VSH Stadium:

'I am pleased to announce the signings of right-back Hovhannes Hambardzumyan, left-midfielder Aram Loretsayn, and experienced central defender Ararat Arakelyan. They will join the club immediately and train with us, and I hope their addition will do good for the squad.' 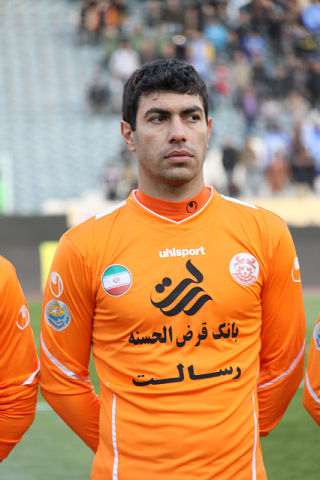 Ara Arakelyan during his time at Iranian Club "Mes Kerman"

Here is what Ararat Arakelyan had to say:

'My time at Banants is over, and I am sad. It has been a nice 2 years, although I felt my time was up there. I have a few years left in me and I am happy Hamoudi has the faith in me, I know how much he loves his younger players, and as an older player, signing me means that Fayad trusts me, to take care of his fledgelings. So I give my thanks to Hamoudi, who I am looking forward to working with over the next few years or so. I only have a few years left in me, so I will put all my work in to take Pyunik to the top.'
Login to Quote

HamoudiLFC
7 years • Edited
Due to the FMScout site being down yesterday, well for me, so it caused a delay in my updates. As I am still currently in January (right now during updating) but I am in July on my actual save. I will try my best to add everything I missed.

"Reports in Armenia have confirmed the termination of contracts of two teenagers at Pyunik who were deemed to have no future at Pyunik. The news comes in as no shock, but 3 other Pyunik players left to other clubs in the Armenian Premier League.

And another player left, but on loan:

Zhora Andreasyan to Ararat on Loan

"The final set of departures have all left to Banants, as Banants raided Pyunik by loaning 2 players, and buying one, with Banants Manager Beniamin Manucharyan looking for replacements after Pyunik had signed Hambardzumyan and Arakelyan on free transfers, while they were previously at Banants."

"Pyunik have only made one signing in this time period, and it was an 18-year old who Fayad rates very highly. He goes by the name of Alexandr Bazanov. He went through the youth ranks of Zenit, before they released him in mid-2014. 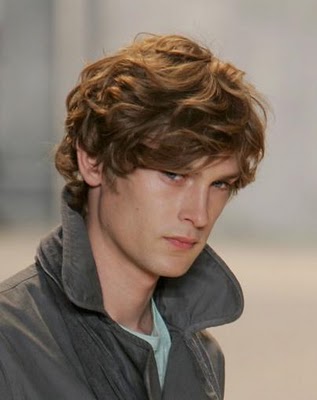 Alexandr Bazanov, back when he was 14, in Russia.
(He's a regen, but I tried to find a picture for the fun of it

Here is what Fayad had to say about him:

"Alexandr is a fantastic player and I think Zenit will regret releasing him. He is part of the future of Pyunik and will get games right away, he deserves it all. He can only speak Russian now but he is learning Armenian and English so therefore he will communicate better with players in the squad. Although we have around 5 more Russian players who can already speak Armenian so they will definitely help out. I also talked to him about our plans and he was ecstatic, now he will continue, meet Alexandr Bazanov:

"Hello everybody, and thank you for coming here to listen to me and my manager today. I am very happy that I am here, and I am glad that I am already listed as one of the key parts to the future of Pyunik and Armenia. Now you wonder, why did I just say Armenia? That is because first of all, Russia is currently more superior than Armenia in the World of Football, and I love Russia. It will take me 5 years to get an Armenian passport, and I talked it out with Hamoudi and he said if he becomes manager of the National Team of Armenia he would gladly welcome me to the Armenian National Team Setup, and that will only happen IF I do not get picked for Russia, and he said if he didn't become Armenia's manager he would talk to Vardy Minasyan (Armenian Manager and Pyunik DoF) about entering me into the team, so these are my options now. I cannot wait to kick start my professional career with Pyunik, all thanks to Hamoudi."
Login to Quote

Lynchy
7 years
Looks like a very nice signing for you!!!

I know! And i've played with him and he is fantastic already, you'll see everything in the coming updates

EDIT: The Link that you just clicked on, should lead to the post above this. Messed it up again, sorry.
Login to Quote 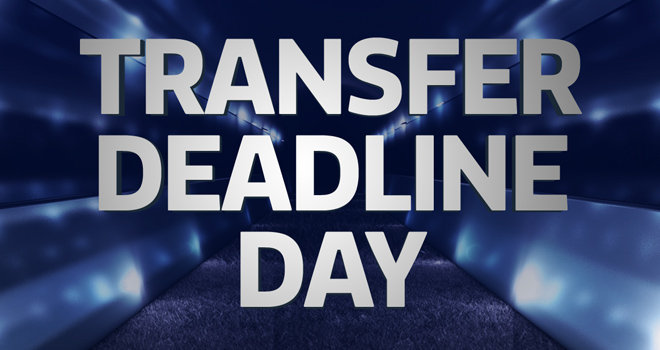 "Hamoudi Fayad has done one of the most shocking transfer deals in Armenia today, landing former Marseille youngster Gael Andonian. Ulisses FC Yerevan may have got the better of them last year in the Independence Cup Final, but Hamoudi Fayad struck a deal for 20-year-old Gael Andonian, a deal that is worth up to 700,000 British Pound Sterling. This will leave a big hole in Ulisses' defence, as Andonian is one of the best defenders in the league already." 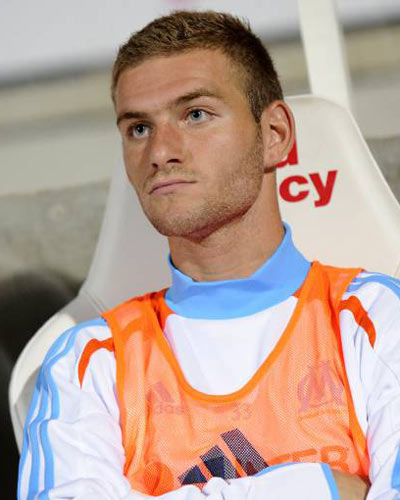 Gael during his time at Marseille, before the termination of his contract.

"6 more players have left Pyunik too, 4 on a free, and 2 for undisclosed fees. Hamlet Sarginsyan was one of the teenagers to be released, being told he has no future at Pyunik. Also, African sensations Yoro Ly and Ismael Beko Fofana both left Pyunik for Shirak and Mika, respectively. Yoro Ly left for a fee around 200,000 British Pounds Sterling while Fofana's fee was undisclosed. There are only 2 players over 30 at Pyunik now, Ara Arakelyan, the recent signing... and Aghvan Mkrtchyan, who is bound to leave when his contract ends. Finally, Reynaldo Mejia rom Olimpia (HON) has been signed on a pre-contract and is going to start playing for Pyunik on June the 28th, will he be a good signing?"

February: the Start of the Season


We had 5 fixtures this month. 4 Premier League Matches and 1 SuperCup Match. Just a reminder, Ararat got relegated last season so Martuni got promoted. Martuni finished on 1 point 2 seasons ago causing their relegation, therefore I will not accept anything below maximum points in all matches.

"Winning 4 games in a row, quite shocking as I expected 9 points. We had to face the next top 3 teams in Armenia, after us. Ulisses, Shirak and Impuls although we won all games which was great, I definitely think we can go for an undefeated season if we focus."

"The Armenian Champions against the Armenian Cup Winners. I honestly expect this match to at least go to extra time, and if it goes to penalties then I won't fault my players."

"Ah, so we did go to penalties. We were with 10 men though as Ghuka got injured while I signaled for our last sub to come on, which was devastating as we lost our star player for the rest of the match. It was tough during penalties as we only scored 1 of our 4 penalties. Tough but unlucky."

I will be showing Armenia's World Ranking every month so I can track their progress, etc.

"A great month for the 30-year old centre back, even scoring a hat-trick against Martuni while winning all of his tackles! Ara can lead us to the title this year because of his leadership and beautiful headers, I am very proud of him." - Hamoudi Fayad

The board also put in 2 Million Pounds to fund for: 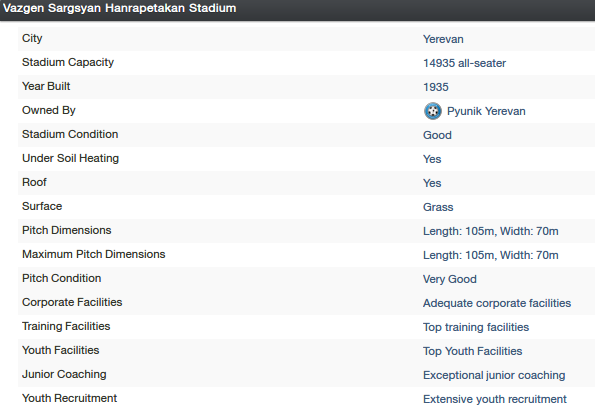 We only had 2 games this month and I expected 6 points to get us at the top of the table.
Just to tell you about the fixtures we have next. We are currently in 2nd on goal difference behind overachievers Mika, who we face next. Gandzasar are also overacheiving and are in 3rd place, and I certainly do not want them to catch up.

6 points as I expected and we surge to the top of the table, with a fantastic 3-0 away win against Gandzasar. 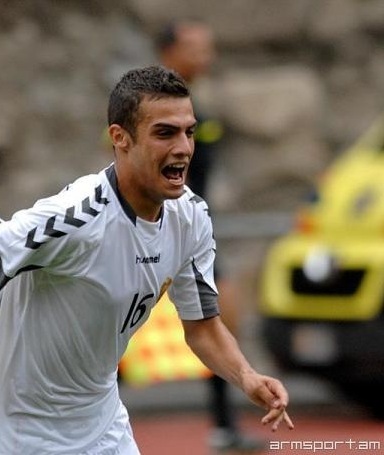 "A fantastic month for him after a bad season last year, hopefully he continues his current form. He has matured enough to become a main starter." -Hamoudi Fayad
Login to Quote