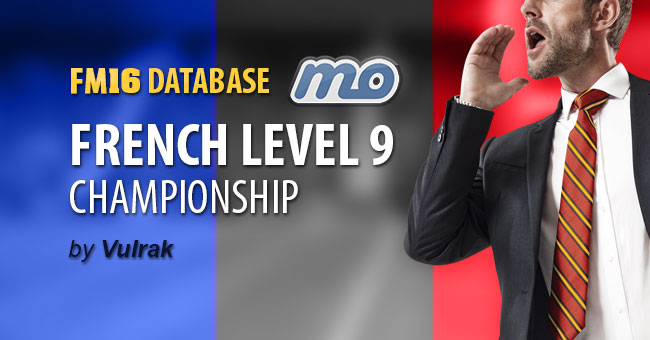 This database for Football Manager 2016 follows the pyramid organisational structure of the French championship. For the first time, clubs are entering the French Cup (CDF) and League Cup (CDL) according to their divisions!

Compatible with the last version of Football Manager 16.3.1. No teams or players have been modified or added.


Recommended settings when starting a save with this database


How to install the France Level 9 database to FM16