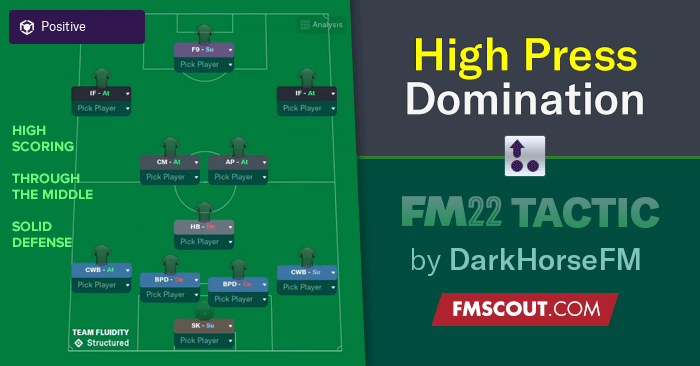 This 4-3-3 tactic is an elite version of an earlier tactic created for lower league teams that deployed a 4-1-4-1 shape.

With this version of the tactic, the player roles are more adventurous. 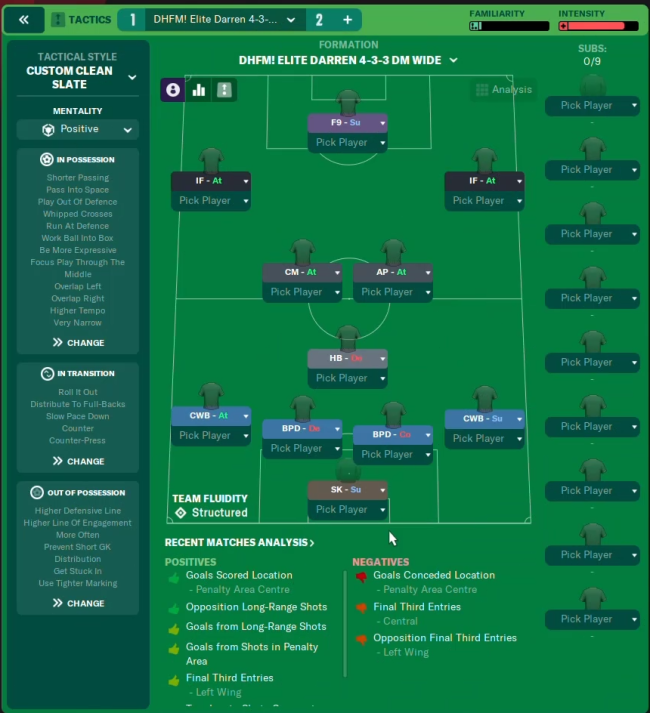 The central defenders are ballplaying defenders, one on defend duty and the other on cover duty. I opted for the cover duty because I observed we conceded goals from through balls over the top early in the season and setting on the defender to cover duty can help combat this.

The wide defenders are complete wingbacks, one on support and the other on attack duty. The CWB on support duty is more creative and it asked to take more risks.

The defensive midfielder is a halfback, his job is to help the central defenders when the CWBs get forward to attack.

The central midfielders attack from the middle of the field and exploit the space left by the striker. One CM is on attack duty and the other is an advanced playmaker on attack duty.

The two wide players are higher up in this elite version and they are inside forwards that create chances as well as score goals. They too, like the central midfielders take advantage of the space left behind by the striker.

The striker is a false9 with the freedom to roam from positions and drop deeper creating space for the attackers from deeper areas to exploit.

The team operates in a controlled manner with purposeful passing aimed and ripping the defense from the middle. the width is narrow and the players press from the front when the opportunity presents itself.

I tested this tactic with Liverpool and here is the team shape and the results at the end of the season. 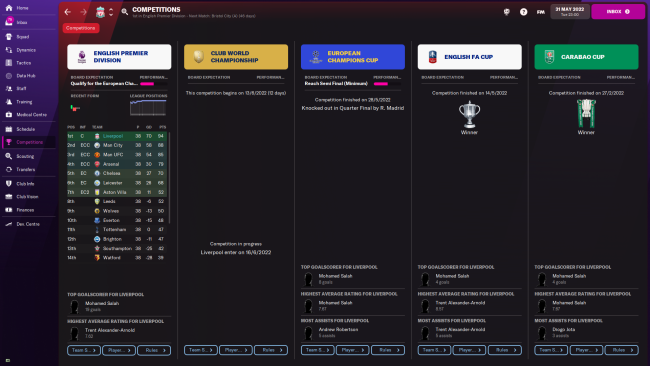 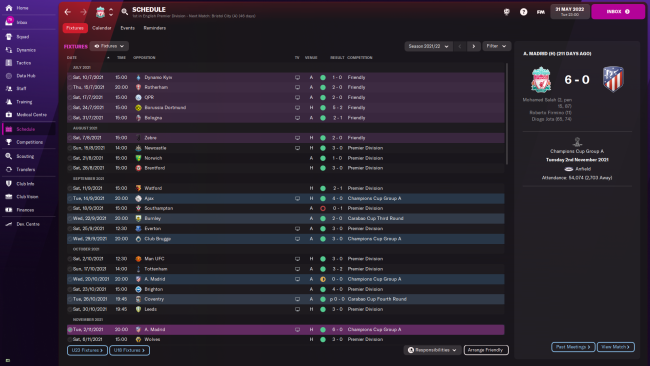 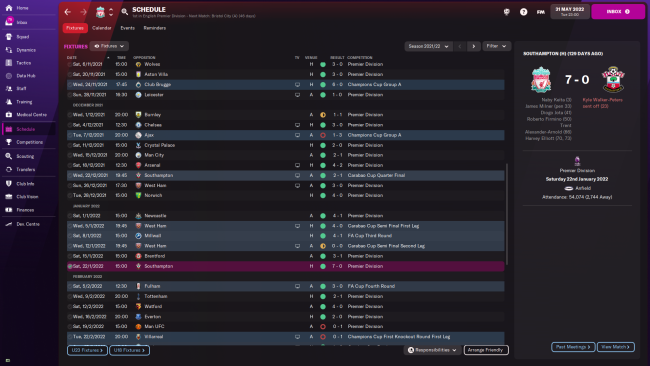 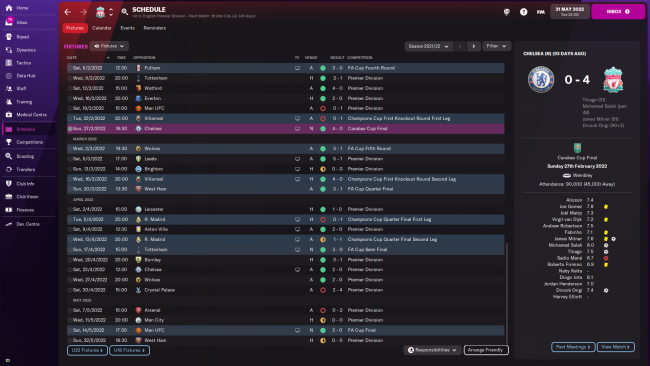