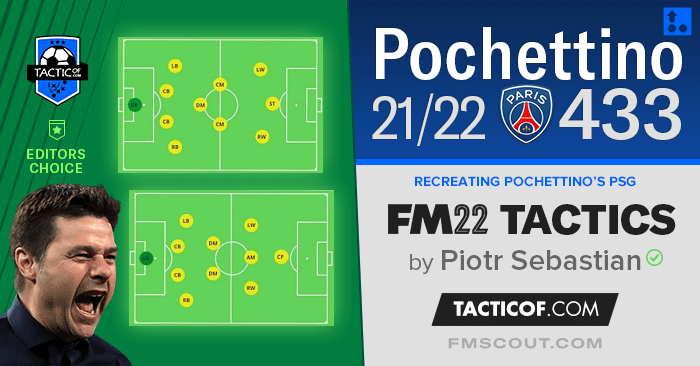 At PSG Pochettino uses his favourite settings of 4-3-3 and 4-2-3-1 (less often), although he has experimented with 4-4-2 in selected matches. However, regardless of the formation he uses, he still has the attacking patterns familiar from Tottenham and Espanyol: high and wide attacking side defenders and wingers coming inside.

The left side of their offense, due to the skills of the players there (Mbappe, Neymar, Mendes), is expected to provide more entries into the penalty area, while the right wing (Di Maria, Hakimi) receives more tasks to absorb the opponent and play the ball.

An additional offensive stimulus also comes from the centre from one of the central midfielders (Verratti) who often looks to enter the box especially after recovering the ball in the opponent’s half.

In a narrow attacking formation and with the side defenders providing width (and thus playing quite high) PSG suffer clear problems when losing possession.

The lack of high aggressive pressing line from the forwards means they have to shift line of pressing deeper to the central midfielders and forces additional tasks on the side defenders.

They therefore apply aggressive pressing in the center supported by the defensive midfielder, while the side defenders are encouraged to make harder tackles and play closer to their rivals. The central defenders must maintain a constant high line of pressure in this scheme.

Against stronger opponents, Pochettino always relies on a narrow stable defensive structure in midfield, ready to make pressing leaps and put pressure on the opponent’s wingers. The impulse to press is then to pass rivals to the centre.

The defensive midfielder often swaps positions with one of the central defenders, ensuring a back four formation at all times. 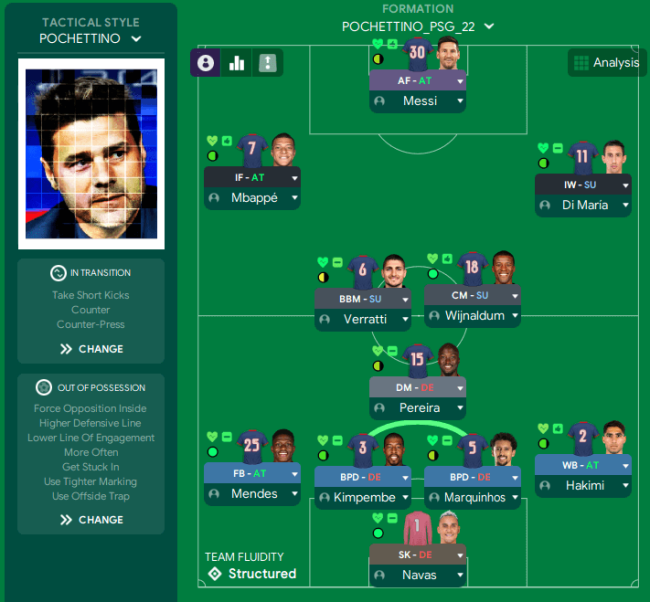 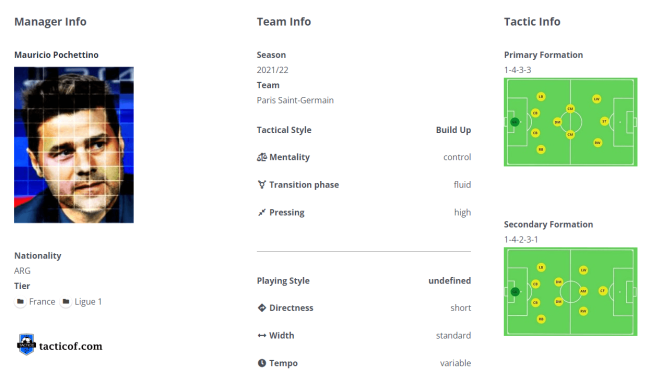