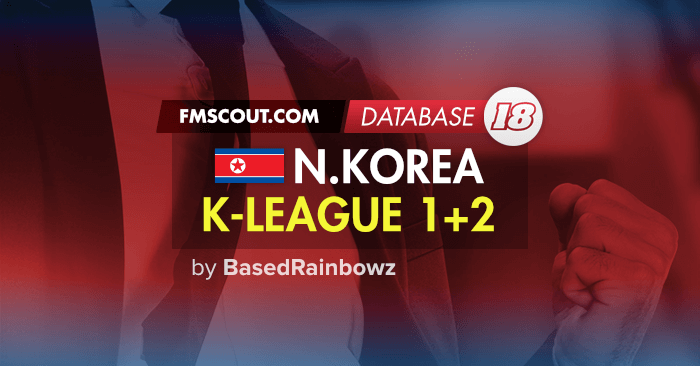 Includes:
Due to lack of real-life information of the North Korean football system, some teams may be incorrectly placed. This should not affect gameplay, however.

The challenge of North Korean management is not for the faint-hearted. You are unable to sign any foreign players, and must instead rely on youth and other North Korean teams. However, North Korea have recently been given an Asian Confederations Cup, allowing the chance to build the country's footballing reputation.

4 - Click Database in the top-right of the screen, and make sure the file named North Korea League System is ticked

It is recommended to use this database alongside claassen's megapack to add more Asian leagues. Not only does this make the database more immersive, it increases the chance of North Korean players genning at other Asian clubs (HINT: Especially Japan).


- Tick Add players to playable teams, as many teams do not have real players.

- Untick Do not add key staff, as many teams do not have real staff members.

- Set the database to an Advanced database and load all North Korean players.


If you have any information to improve the realism of this database, or any questions about it, please leave them below.