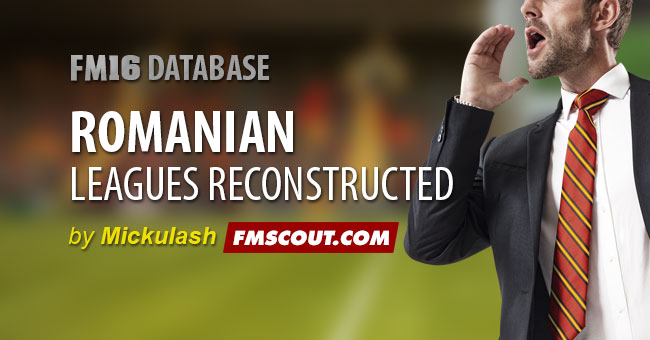 ~No transfer update made~

~Removed the playoff system from Ligue 1

~There was not been altered reputation either team
~The purpose of this patch is not to be consistent with reality but to make the game more enjoyable, more attractive to Romanian football out of mud and avoiding the real situation of internal teams and competitions.
~Significantly reduced the number of teams playing in the Romanian Cup participation requirements by changing teams in league 4 -only winner of each district leagues will play in the cup. Therefore it will not lose 15min to simulate matches over 1k teams in the competition. Editor limitations have not allowed me to enroll later Ligue 1 teams competing hub that will play from the early stages.
~More prize money for all competitions (but not too high)
~Player transfer value by reputation range is a little higher than actual