My previous tactic were a bit scratchy after recent updates, performing decently enough but without the satisfying level of over performance I need to really enjoy my save.

I had been going along nicely with a back 3 and wingbacks, but I just couldn’t get the goal return I wanted.

Looking for an average of over 3 goals a game with Liverpool without being leaky at the back.

442 has been potent for goalscoring this year but only having 2 midfielders meant you tended to be too weak defensively to use this week in, week out as a plug and play tactic.

However, I wanted to set a goalscoring benchmark to see what we could do, I was aware that using Inverted Wingbacks plugged the holes in midfield so I went IWB/S and Winger/A.

92 points, 136 goals score and 37 conceded. Not bad, but not good enough for Liverpool.

However, I’d set a goalscoring benchmark to work towards.

Before moving on from the 442, I thought I’d try flipping the duties, put the Wingers on Support, Inverted Wingbacks on Attack.

I didn’t think it would work, the IWB would not help out defensively enough, the Wingers would not contribute to attacks enough.

What do I know?

102 points, 122 goals only 23 conceded.
Salah 64 goals all competitions.
And an unbeaten season to boot. 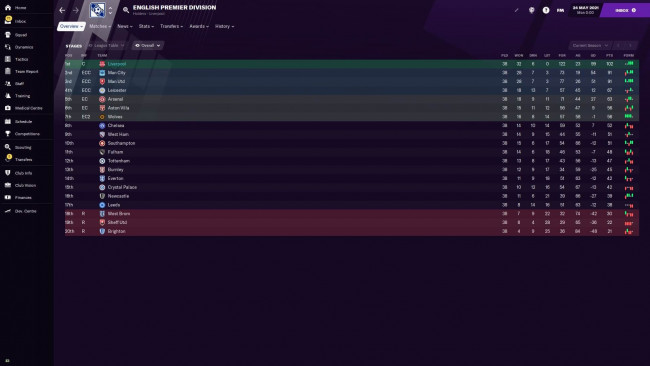 Ok, how about a poor team. Was pretty sure Attacking Mentality and a 442 with relegation candidates would be too much, step up Fulham. 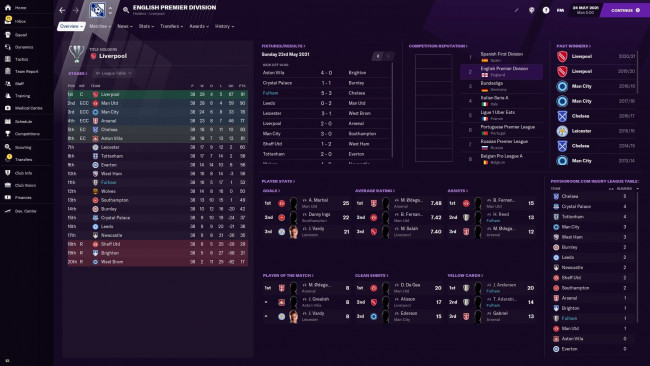 Not bad at all. Well clear of relegation, albeit in the Leeds mould of hammering teams then getting hammered in turn.

Improving Fulham would be easy, the more you improve them the more goals you score and the less you concede and that goal difference starts to open up and you move up the league.

A workable tactic for sure. 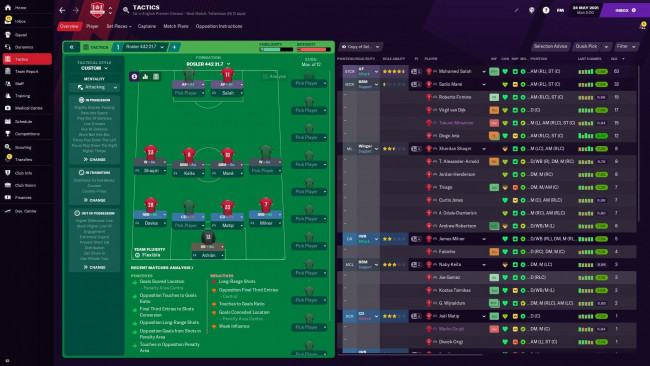 The football on display in varied and entertaining.

A good number of through balls for your strikers to run onto combined with some precise wing play.

This is not a ‘blood & thunder’ 442 with flying wingers, it's more considered with nice lateral play across the box.

2 teams in each of the following leagues: Bundesliga, Serie A, Premier League