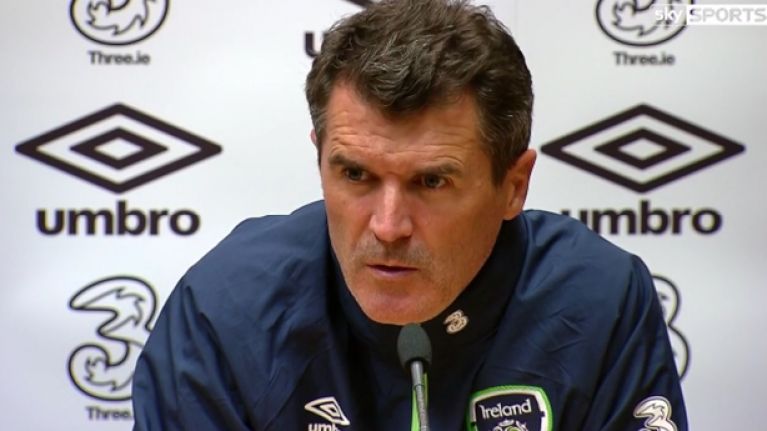 Roy Keane is a manager with heavy balls, mistake... with huge balls I must say. He was dominant as a player and he continued on the same manner as a tenure in Sunderland.

While Germans, Americans and Russians dictate the world with inhuman and irrational foreign policies over innocent and weak people, a man in the north of England tries to make the unbelievable. To save and to eventually promote a relegated side without transfers, without salary budget and without any kind of board support.

"I was born alone, I was living through my life alone and my wife and friends are a parenthesis on my life. No doubt about my ex team mates who were snakes most of them. Apart from Rio, who had blood and not money inside him, most of them were upper cunts."


Don't make vomit, it's Roy Keane guys. Change channel if you don't like him.

"Women in football? It's nice to see it. But very hard to understand if they can play well, because obviously cannot doing like men (as for playing)."


Hard but fair, honest but direct, lion but prince.

"I decided to donate my remaining contract with Sunderland to orphans, I really don't need money. It's too late to become a thief now, we have Dave (Cameron) for that. I hope my ex boss will understand me."


Sir Alex had a big interview on BBC in 2008 considering the best future coaches in UK: "Roy is arguably the best and he can be the greatest of all if ...if he wants it and if he decides it after all."

4 years later, Roy Keane is blocked from every football club to work like a head coach. "Silent violence and life ban block, he still suffers that he worked for Ipswich and mostly Sunderland above expectation. He broke omerta of British football" said Martin O'neil' in an interview at the end of 2014, in the wake of his last Aston Villa press conference. 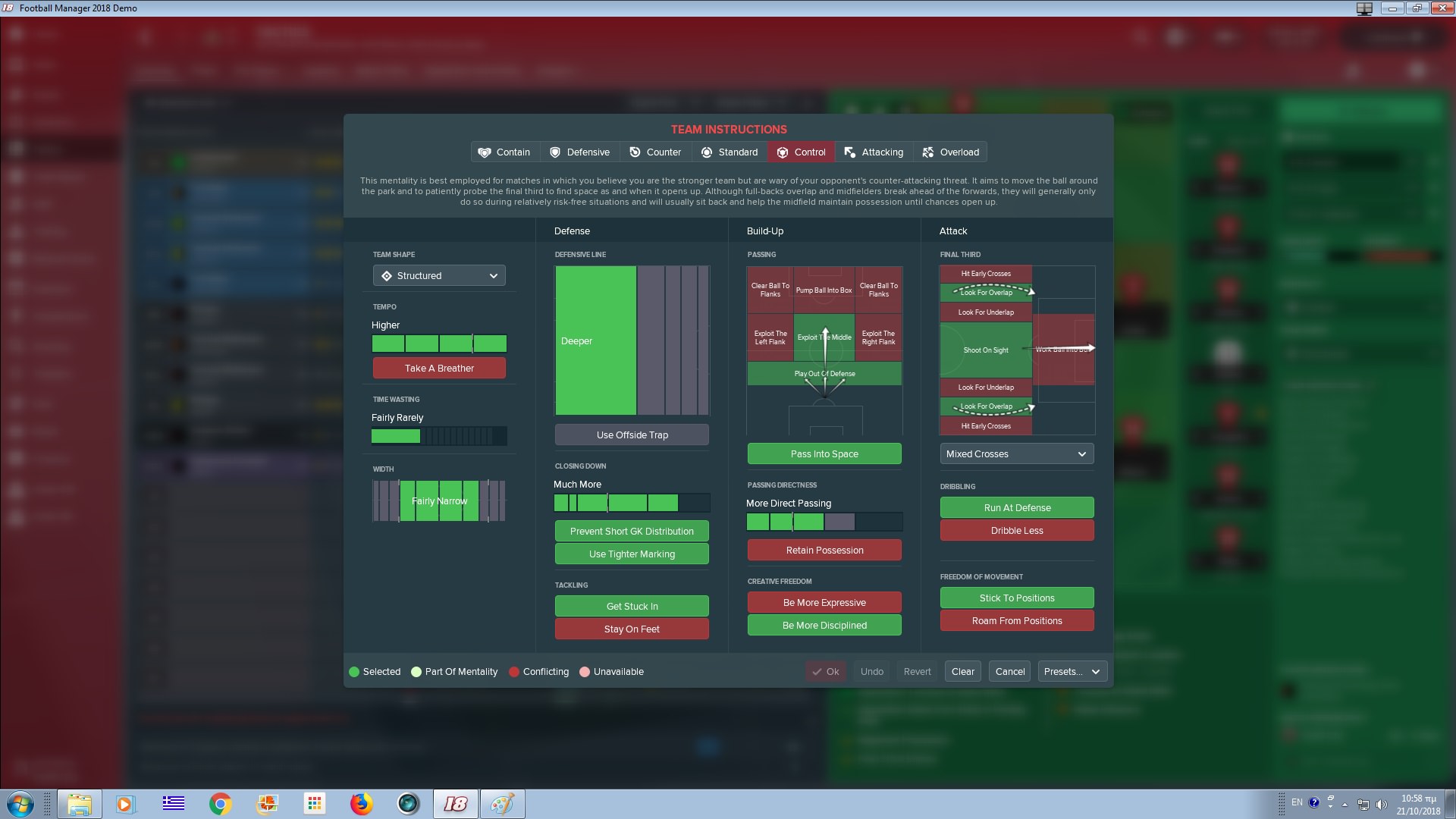 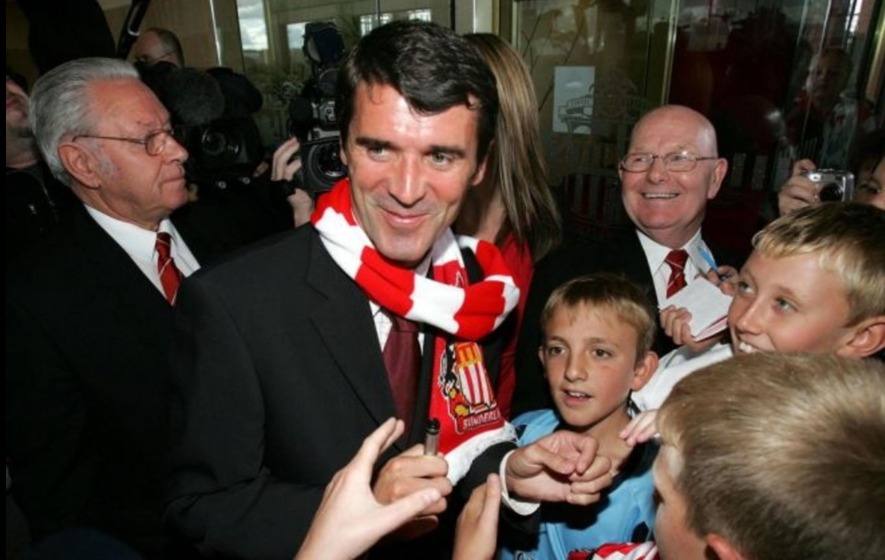 ROY Keane’s new book ‘The Second Half’ is another fascinating insight into a man who managed Sunderland and has left an indelible mark on football.

Here are some of his best – or at least most eyebrow-raising – passages about Sunderland, North East football, Alan Shearer and the Newcastle United supporters.
1, FIRST IMPRESSIONS OF SUNDERLAND

“The Championship was full of big, historical names – Leeds, Derby, Leicester, Wolves, Sunderland. But I didn’t like that term ‘the sleeping giant’. That was why I thought that me going into Sunderland cold was a good thing; I didn’t care about the history at first.

“The reality is ‘This is where we are’, near the bottom of the Championship, let’s get our house in order. As I got a feel for the club, I began to appreciate the importance of history. I met some of the ex-players, including Charlie Hurley, who is a massive star in Sunderland, and Dennis Tueart, who’d been in the team that won the FA Cup in 1973. I started to get pictures up on the walls, in the dressing room and in the training ground.

“The training ground had the feel of a private hospital – brilliant facilities but cold, the walls were bare. ‘Let’s get some pictures up’. Bob Stokoe and the 1973 FA Cup, previous teams that had won promotion, and pictures of the fans.”
2, ON GETTING RETRIBUTION FROM ALAN SHEARER

“Was he at the back of my mind?

“Of course, he was. Like Rob Lee was, like David Batty was, like Alan Shearer was, like Dennis Wise was, like Patrick Viera was. All these players were at the back of my mind. ‘If I get a chance, I’m going to f***n’ hit you.’ Of course I am. That’s the game. I played in central midfield. I wasn’t a little right-back or left-back, who can coast through his career without tackling anybody.”
3, THE TURNING POINT IN SUNDERLAND’S PROMOTION SEASON - A POINT AT BURNLEY

“We were fighting, we were scrapping. We’d got a draw we hadn’t deserved; we’d scored in injury time, in front of our fans.

“We showed a clip of the celebrations to the players, because it had been on the news, on television. Dave Connolly had jumped into the away stand to celebrate with the Sunderland fans. One or two of the fans fell out of the stand – it was only a small drop but, still, they went head over heels on the pitch.

“But it was creating a story, that we were all in this together, the players, the fans, the club – ‘We’re Sunderland and we never give up. We stay to the end’.”
4, ON TRYING TO SIGN DAVID NUGENT FOR SUNDERLAND

“I got a call from David’s agent: ‘He’s undecided. Harry’s in for him at Portsmouth.’

“This was Harry Redknapp.

“So I said there was no pressure but it was only a couple of weeks before the start of pre-season, and there’d come a point when we’d have to make our minds up.

“I had to bring it to a head another few weeks later. This was David Nugent, by the way; he hadn’t become Messi. But he was a good player and I wanted him.

“And he said ‘Just to put you in the picture. Harry’s away for this weekend, on his wedding anniversary. He’s been married for forty or fifty years and he wants to speak to David when he gets back.’

“I said ‘I’ll tell you what. I’ve waited three or four weeks, and now you’re asking me to wait because of Harry Redknapp’s wedding anniversary? We’re pulling out of the deal.”
5, ON ABBA IN THE DRESSING ROOM

“It might seem strange but you find out about characters when you look to see who’s in charge of the music.

“A young lad might want to put on the latest sound; an older player might say, “I’m the senior player” and put himself in charge.

“But I noticed none of the players (at Sunderland) were in charge of the music and this was a concern for me. A member of staff was in charge.

“I was looking at him thinking, “I hope someone nails him here.” The last song before the players went on to the pitch was Dancing Queen by Abba.

“They were going out to play a match, men versus men, testosterone levels were high. You’ve got to hit people at pace. F****’ Dancing Queen.

“It worried me. I didn’t have as many leaders as I thought.”
6, SUMMING UP HIS TIME AT SUNDERLAND

“I wanted to leave my mark on Sunderland, but I don’t think I quite did. I did okay but it wasn’t good enough for me. We were promoted, and we averaged a point per game in the Premiership, which – on paper – a lot of managers would take. But I wanted more. We – I – could have done better.”
7, ON NIALL QUINN

“We won at Cardiff. That was the night Niall organised all the taxis for the fans who were stranded at Bristol Airport. Later, I announced that I was hiring a private detective to dig up some dirt on Niall, that no-one could be that good. I’m still working on it.”
8, ON HIS SUNDERLAND EXIT

“I didn’t resign or walk out. I said I couldn’t work with Ellis Short. An agreement was reached.... I don’t think he was sorry to see me go, and I didn’t want to work for him.

“It still saddens me. I still think I should be manager of Sunderland. I really liked the club, and I liked the people.”
9, ON NEWCASTLE UNITED

“I always had a bit of hassle against Newcastle. I’d been sent off twice up there. I’d had my battles with (Alan) Shearer and Rob Lee.

“I always thought they were an arrogant bunch, for a club that had won f*** all. We always got decent results at St James’ Park; it wasn’t a bad place to play. But as for the Toon Army, the Geordies and the hostile reception – I never fell for all that crap.”

Note:I am myself a big Newcastle fan, but I cannot refuse the miracles of Roy Keane.

How to use this tactics appropriately.

then switch into defence training,

then into tactics and

later on in attack .

Rotate phases of training every 5 weeks according to your philosophy or game plan . 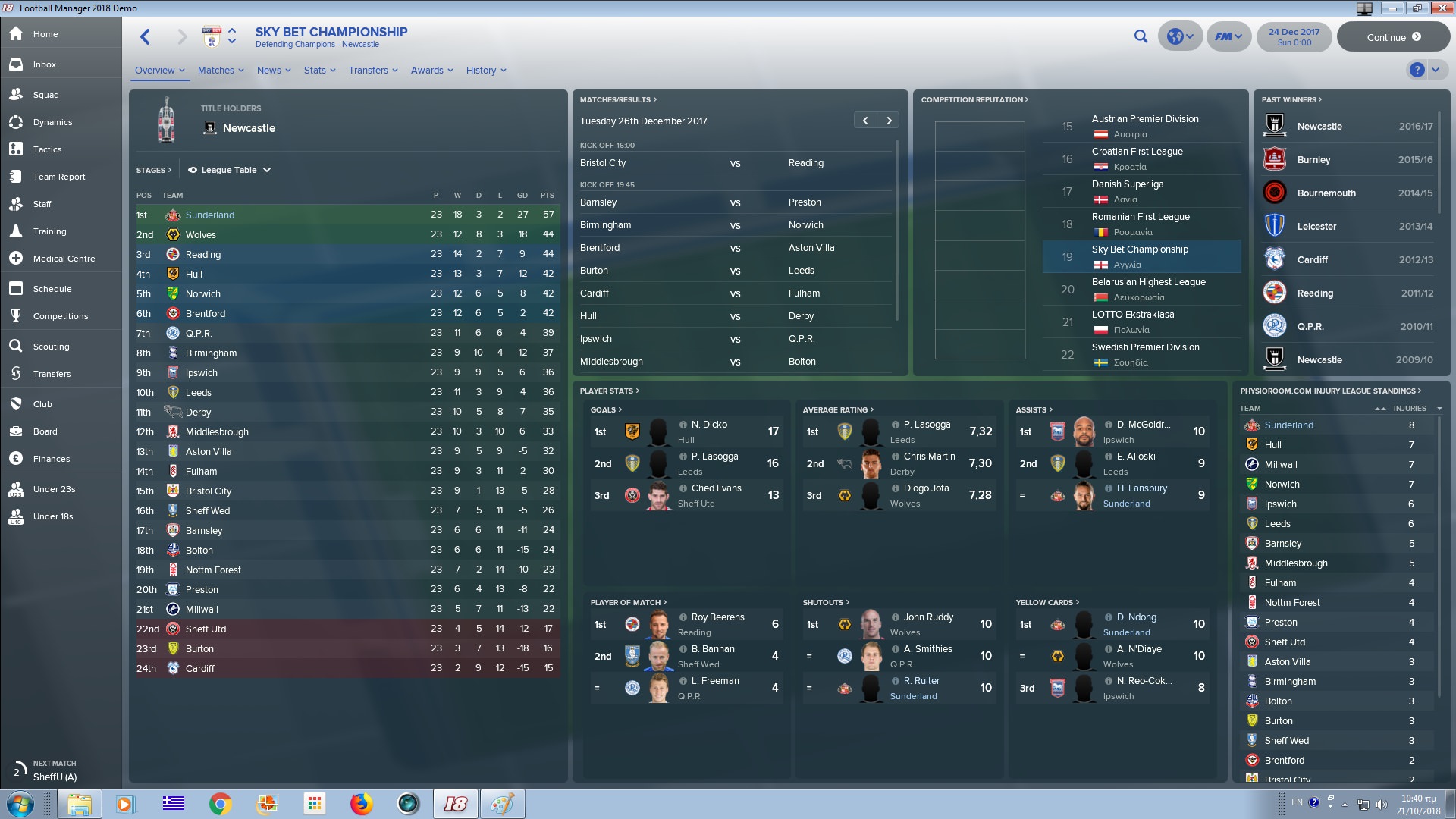 Don't hesitate to be a harsh disciplinarian and to be extremely hard with players .

Attention !!!Always encourage and be passionate with your team and never say a single bad word against them in public .

You cannot be a great manager by exposing your players publicly.

Never accept caprices of players ,you always must be the king of dressing room.

Reward your players as much as possible ,pay and f*** them.

FM Boss is continuing to growing up ,our network became already a bigger organisation ,thanks to support of all of you .

We are now in a much higher level than before .