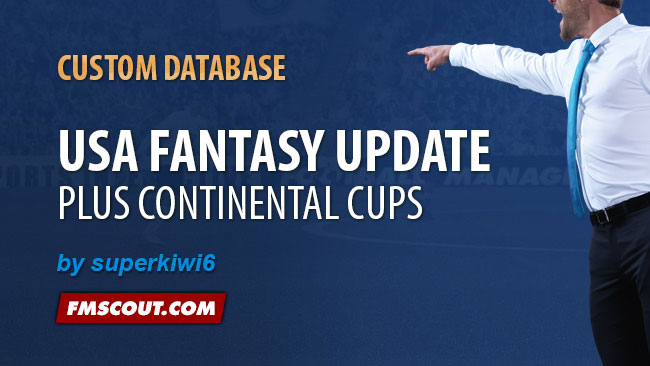 USA stated in 2013 that Soccer is finally a valuable sport, and decided to promote it all over the country. They invested a lot in facilities to improve youth development and reorganized the leagues in an European ways.

Led by this changes and under pressure of the big USA, CONCACAF and COMEBOL decided to merge their competition and created two new continental cups to replace the old ones : the American Gold and Silver Cups. Brazil, Argentina, Mexico and now USA can compete in a super continental league that now challenges the European ones.

Changes for the USA:

All awards have been created.

- All 4 professional leagues + the amateur one
- Superleague clubs enter the competition for the 32th finals
- Single game, with extra time and penalties
- Money prizes added

All awards have been created.

- Facilities level have been increased for many clubs to promote higher level of regens.
- Clubs reputation have been increased based on their league level and the past/expected results --> transfer of major European players to the US championship is now reality
- Balance, Transfer budget, wage budget, incomers have been reveiewd for all clubs
- Some Sugar Daddys have been added to clubs (Miami, Las Vegas, Hollywood for lower leagues clubs for instance)
- President have been created for clubs with Sugar Daddys
- Some new stadiums have been created
- Stadium frequentation reviewed
- Money prizes added for championship position

C1 has 2 qualification rounds, and then it is groups stage as for the European Champions League.

C3 has 1 qualification round, and then it is groups stage as for the European Champions League.

Qualifications are as follow: (cup means the national cup winner) 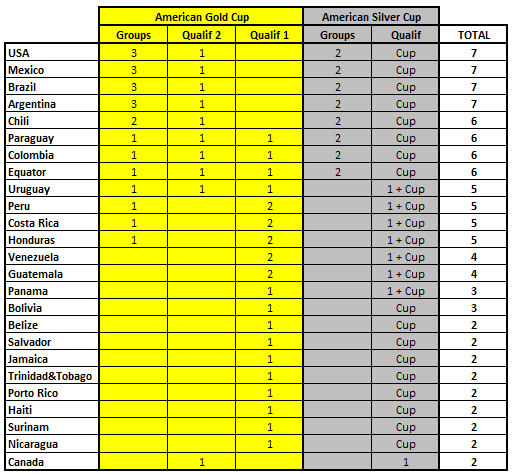 - Squad rules: at least 4 players formed in the counrty and 1 in the club
- Money prizes added
- Awards added

C1/C3 reputations are the same as the European continental cups.

Club World cup have been updated to take into account that only 1 C1 cup is remaining in America. All is working fine.

Trophy between Montreal Impact and the French Ligue 1 winner, occuring end of July at Montreal.

Overview of the playable Leagues: 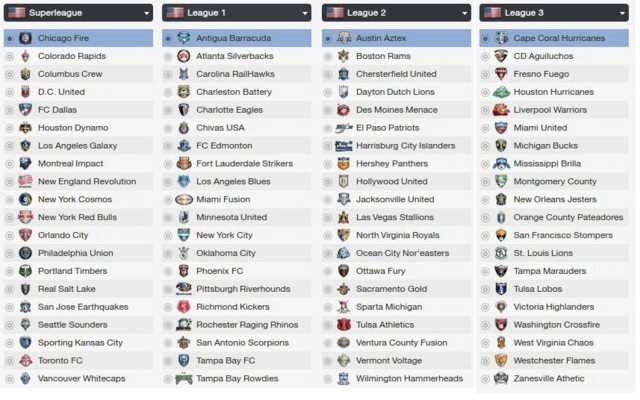 Other small changes have been done to make the whole update consistant. it has been tested many times through many versions, so normally you shouldn't find bugs... If you find one, please don't hesitate to report it so that I can fix it!

Looking forward for your feedback.