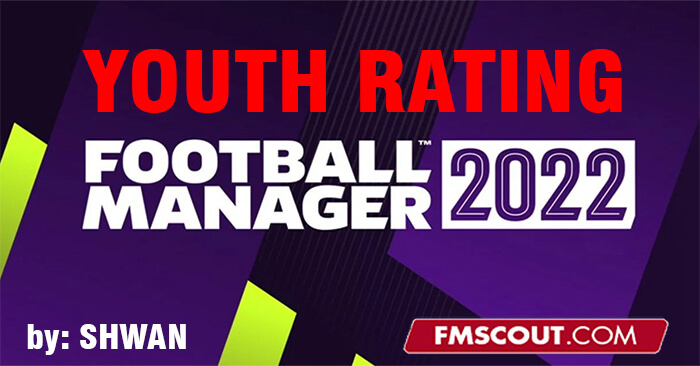 Basically I used to rely on FIFA ranking only bcz is more accurate scale with some nation getting stronger and some diminish then be back. So it had to be FIFA RANKING AVERAGE VALUE.

Only problem with this Ranking is FIFA points is wrong from continent to another , this is why USA have very strong ranking for example than teams like Belgium or Croatia for example . To overcome that, I relied on match results from teams playing others from different continent and rebalanced the values as reflected by matches between similar ranking teams within those continents.

This had produce a new value to calibrate FIFA ranking and correct it as matches should reflect the results. EX: Qatar X Luxembourg 1-1 , fifa ranking difference is 81x131 which seem not right, in original FM youth rating is even worst with Luxembourg was given 35 while Qatar was given 105 !! In reality they should be too close to each others !! so thanks to this patch's calibration now the youth rating is 98 for Qatar and 92 for Luxembourg. which make previous results between both nations 1-1 and 1-0 possible.

THE AIM OF THIS PATCH IS TO PRODUCE REALSTIC SCORELINES AND MAKE YOUTH RATING FOLLOWING A SYSTEM AND NOT FOR SUBJECTIVE OPINIONS. Sure is not perfect, But I believe is better than what SI had done at least in terms of balancing teams.

All teams were organised into a scale from 148 to 20. I think SI is just too generous with Brazil 163 rating which will flood game with wonderkids so I set them up to 148 as extreme end of the scale .. The aim of patch is to create realistic generation of wonderkids spread around world just like in real life and make game more challenging by reducing chances of super Messis flooding the game .

Am looking for feedback here and whether tempted to increase scale from Top 9 teams compared to rest.

yo use this ranking: Just add the file below in folder at path below and load it when you start a new game.

Please note this patch has corrected game importance too by each country.