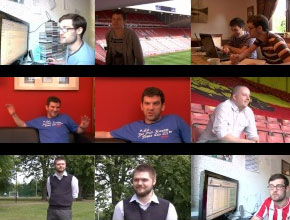 You had the opportunity to know about this forthcoming video documentary a few weeks ago, by reading the interview with Stephen Milnes. A light-hearted documentary exploring the fanatic world of the popular but mysterious computer game Football Manager.


Following one player as he tries to make the transition from cyber champion to genuine gaffer, discover what it is about Football Manager that makes those that play it believe they have what it takes, what drives those who develop it and hear the shocking, surprising and often hilarious stories that surround it.

It is split in 7 parts, all of them listed below. You can alternatively watch them on their official YouTube channel, or the official vimeo channel.