MJK46
7 years
Look like a good squad. Hopefully they preform for you and you get promotion. Is that the same Robbie Thompson that played at Celtic??
Login to Quote


Thanks Bayern! They've all got the potential to play in higher leagues so it'd be a shame if we don't get promoted

And yeah it's the exact same one, got a current ability of three stars so he's pretty much my first choice

The latest breaking news from Sky Bet League 2 is that Andy Cole has signed for Rochdale AFC on a two year contract and has agreed to work as an attacking coach. Andy Cole, who previously played for Manchester United, Manchester City, Arsenal and Newcastle will be an excellent addition to Rochdale manager Justin Credible's ambitious staff and brings a wealth of international experience into the backroom. The former England player has already made it clear that he wanted to play a large part in building Rochdale up for the future. 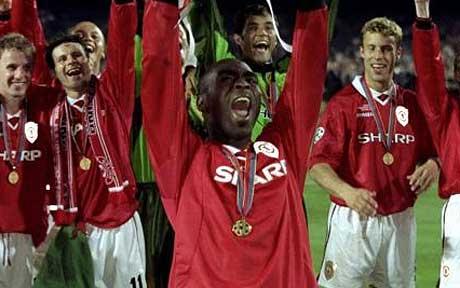 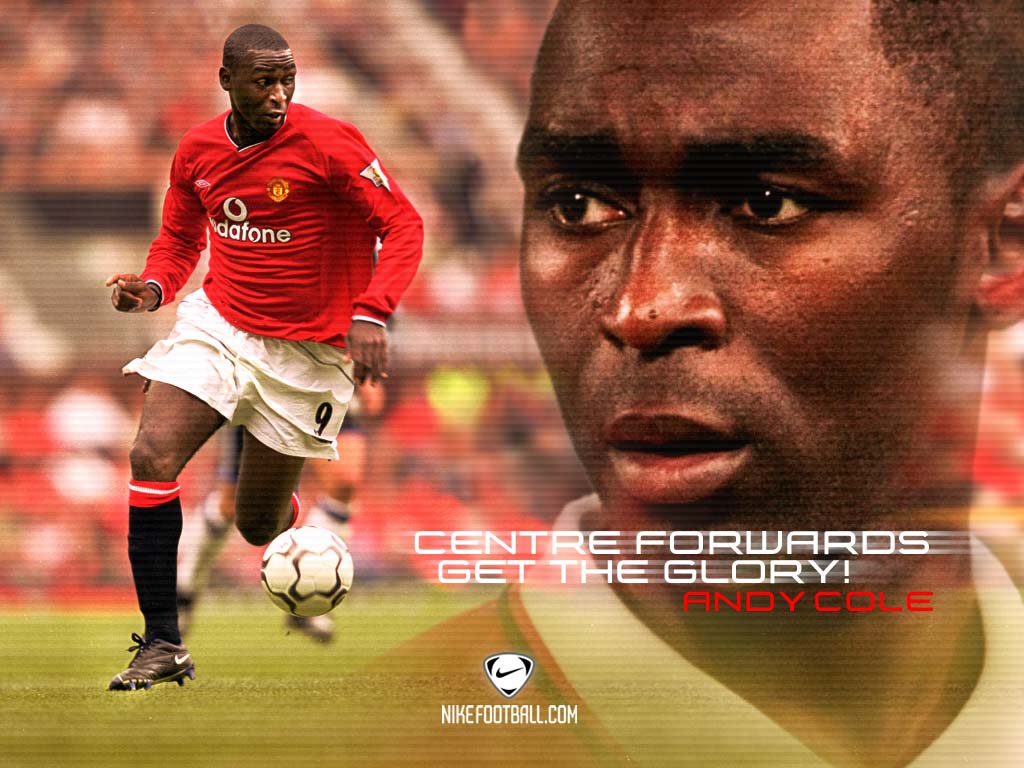 This is what Rochdale manager Justin Credible had to say to our reporter Jack Wallaby:

JW: Hello, Mr. Credible. What are your thoughts on this wonderful signing?

JC: I wouldn't usually call it a signing but since Andy's a massive figure in the footballing world, I will this time. I think we did really well to persuade Andy to come to Rochdale, although it did take me lots of phone calls to get past his agent to persuade him, he did manage to agree that Rochdale is an ambitious club and he wanted to be an intricate part of that.

JW: Has this affected your staff wage budget at all?

JC: I really shouldn't leak out club financial matters into the press, but all I can say is that no... it hasn't had much of an impact on our budgets and you can expect more in the coming seasons.

JW: Okay Mr. Credible I hear you. Do you have any plans of what Cole will be doing at Rochdale since you're effectively his boss now?

JC: Haha, you know, I never really imagined I'd EVER be even close to an iconic figure like Andy Cole, let alone being his boss! Erm, to be honest, I'd say he would coach our players more attacking techniques and he might just dip into the U-18 and U-21 squads from time to time in order to coach them as well.

JW: Thank you for your time Mr. Credible, I hope to see you soon and good luck!


"WHY?!" I yelled as I slammed my hand on the desk. "WHY was our preseason so awful?" The rage I was feeling was unbelievable, they were right. Being a manager is the toughest thing ever, and we only just passed the friendlies... What would

happen to us in the league?

Okay, I admit it. We did manage to get two wins but we lost the others. With the squad's current abilities I expected better from them and they failed me. They failed Justin Credible... how could they? Looks like I need to do a complete re-

evaluation of the whole squad. Speaking of which, I have managed to sign a few players but I'm really not going to spend money because of our current financial state.

I used the performances in the friendlies to judge which areas needed improving and which players are deadwood. 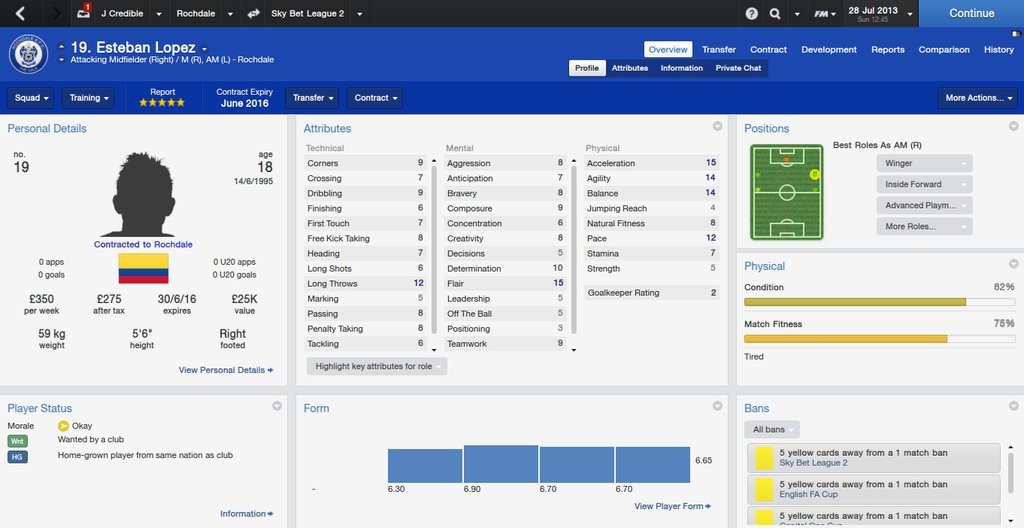 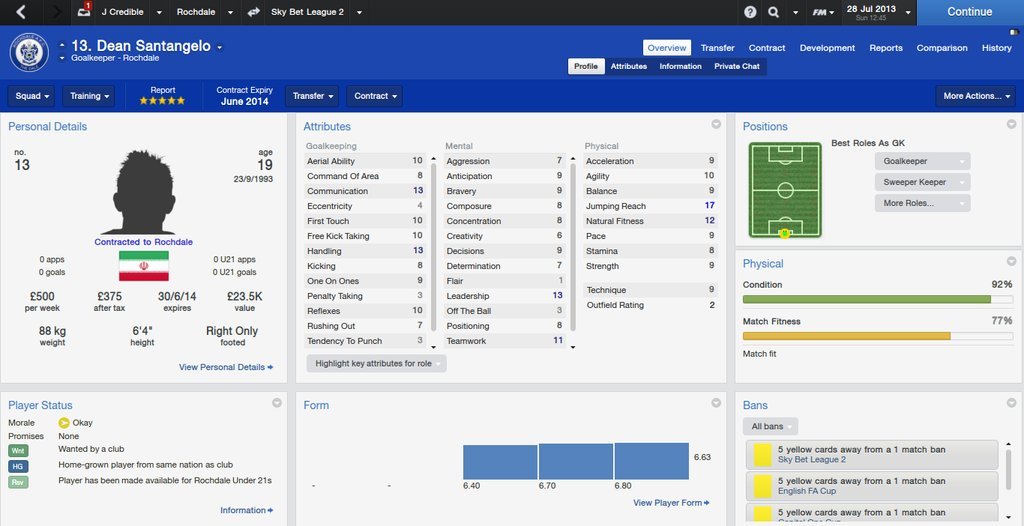 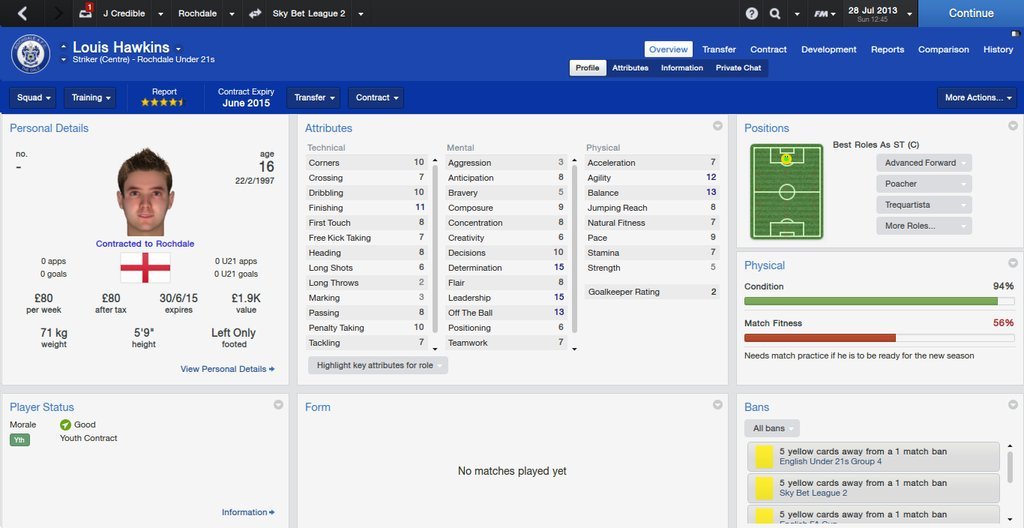 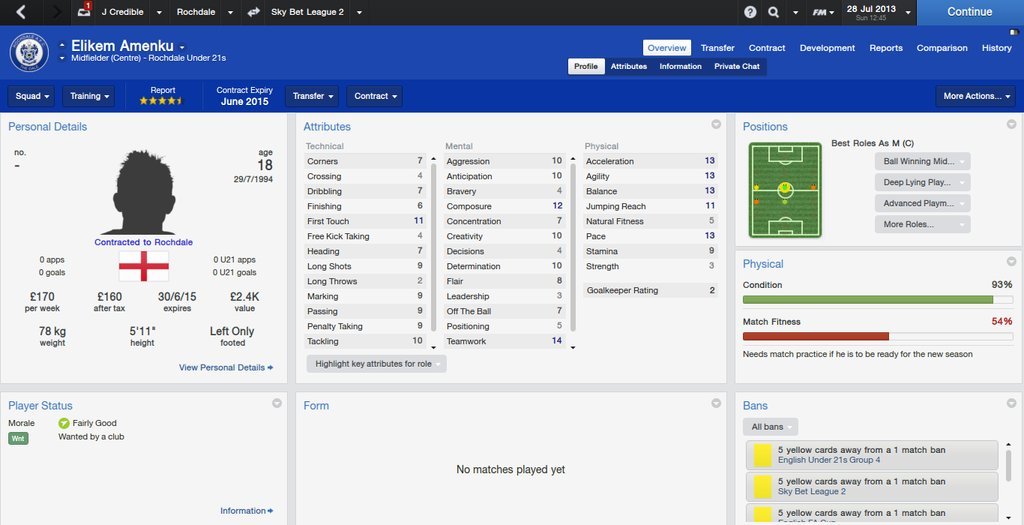 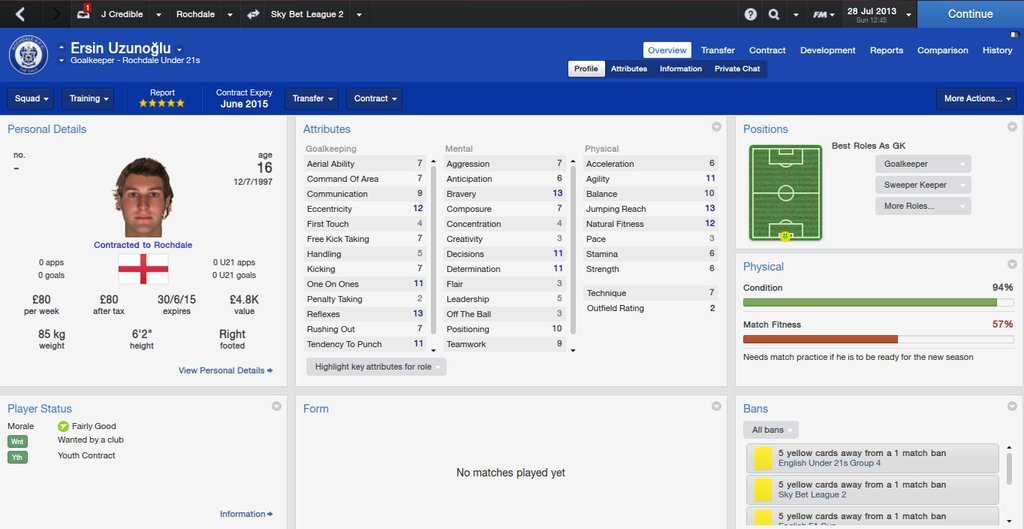 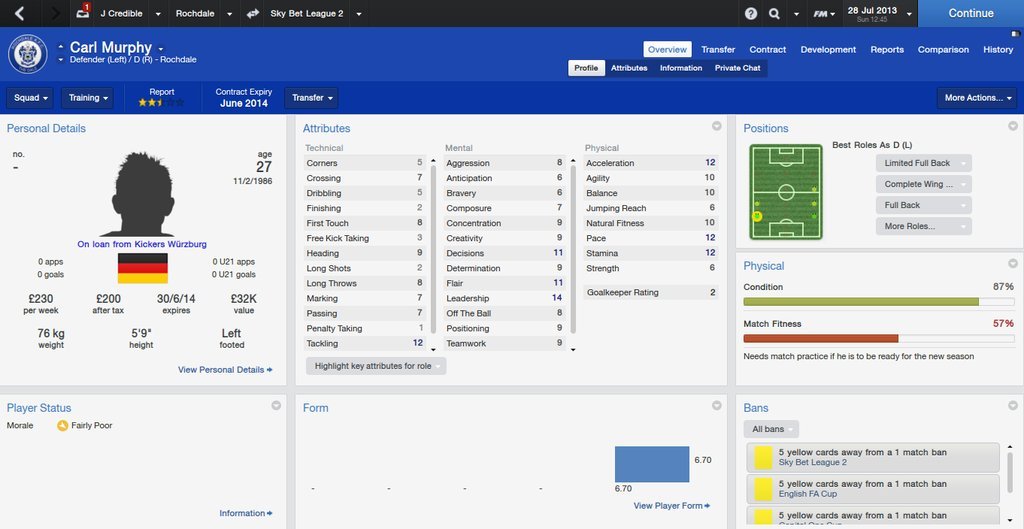 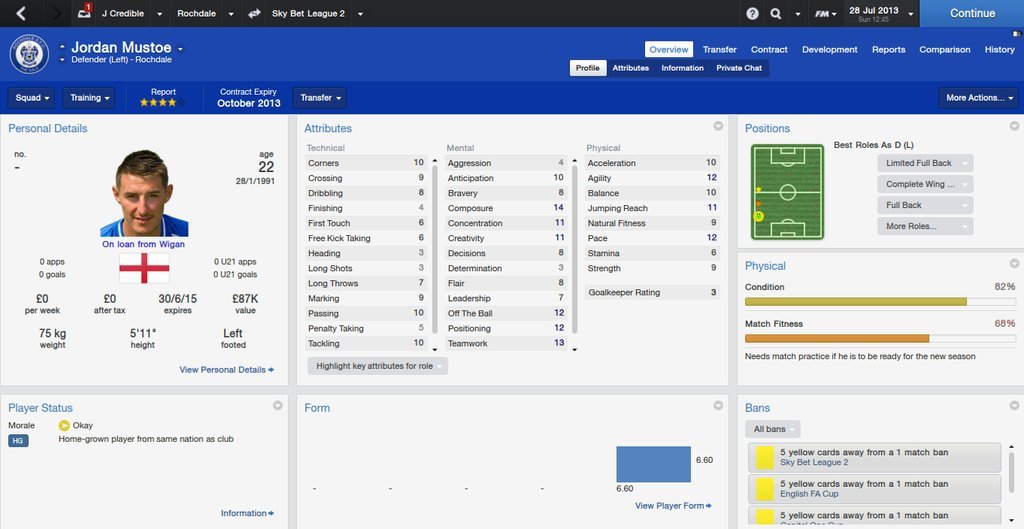 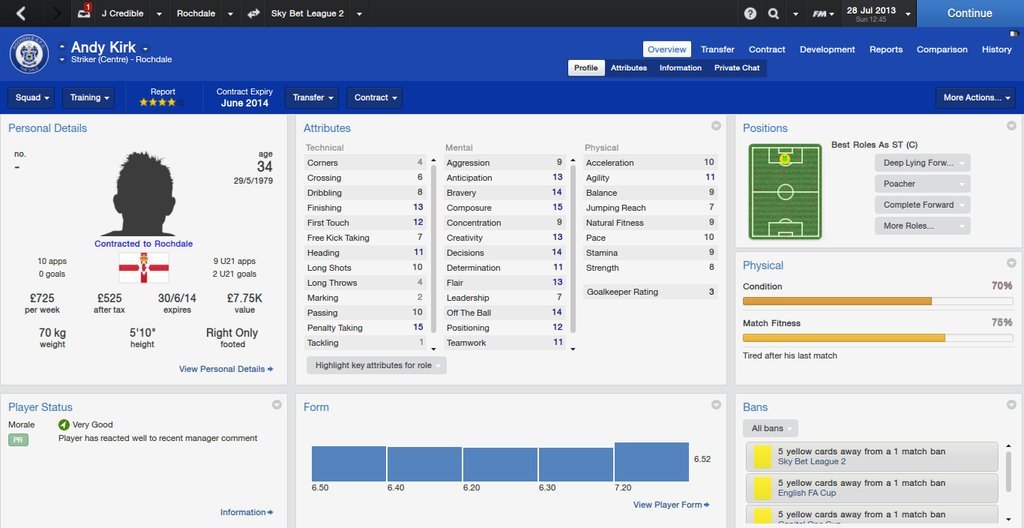 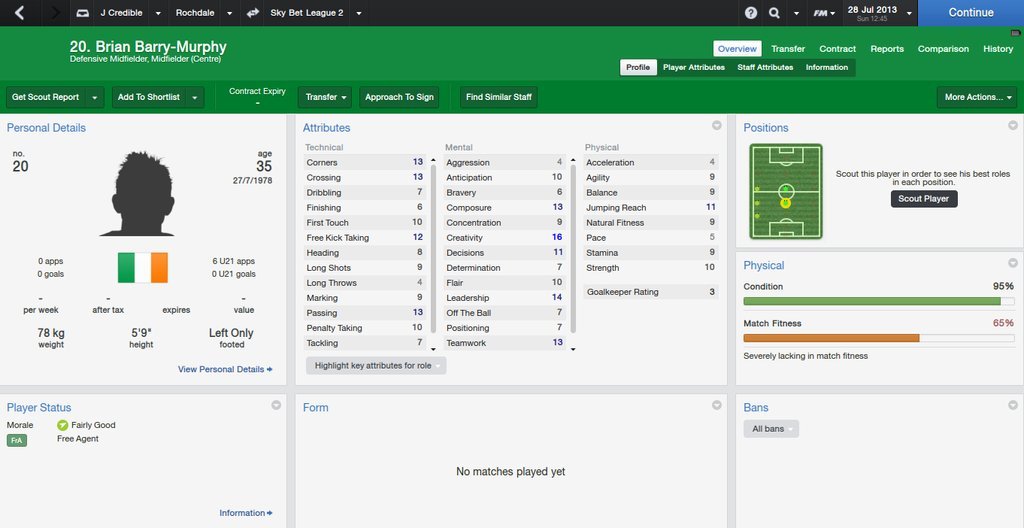 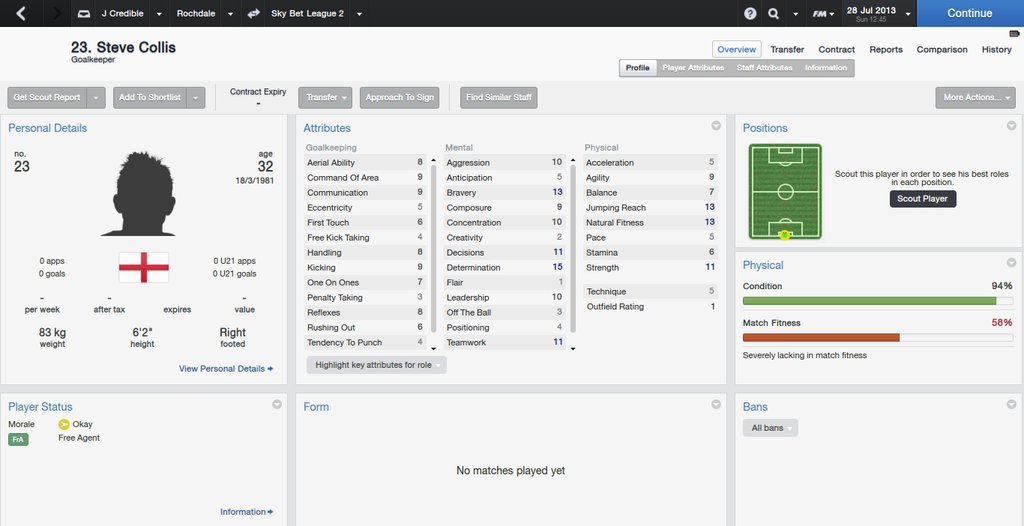 The team has one more chance to prove themselves, I thought. I'm going to give them until the end of September and whoever doesn't perform well is leaving in this window, or in January. I don't wanna risk my job. My boss said the fixtures we've

got until the end of September are a mixture of easy and hard matches, and I can see why he said that:

I gulped as I saw the fixture list. These two months were going to be a massive test for everyone here at Rochdale AFC, and whoever fails leaves the club this season... including me.

Jer
7 years
Great update, but did you change your staff? Would like to know

Yeah man, I fired Steve Collins (the goalkeeper I released) and some others that didn't do much, and I brought some new coaches in, one of them being Andy Cole

I hope he develops well at Rochdale, so far he's been decent
Login to Quote 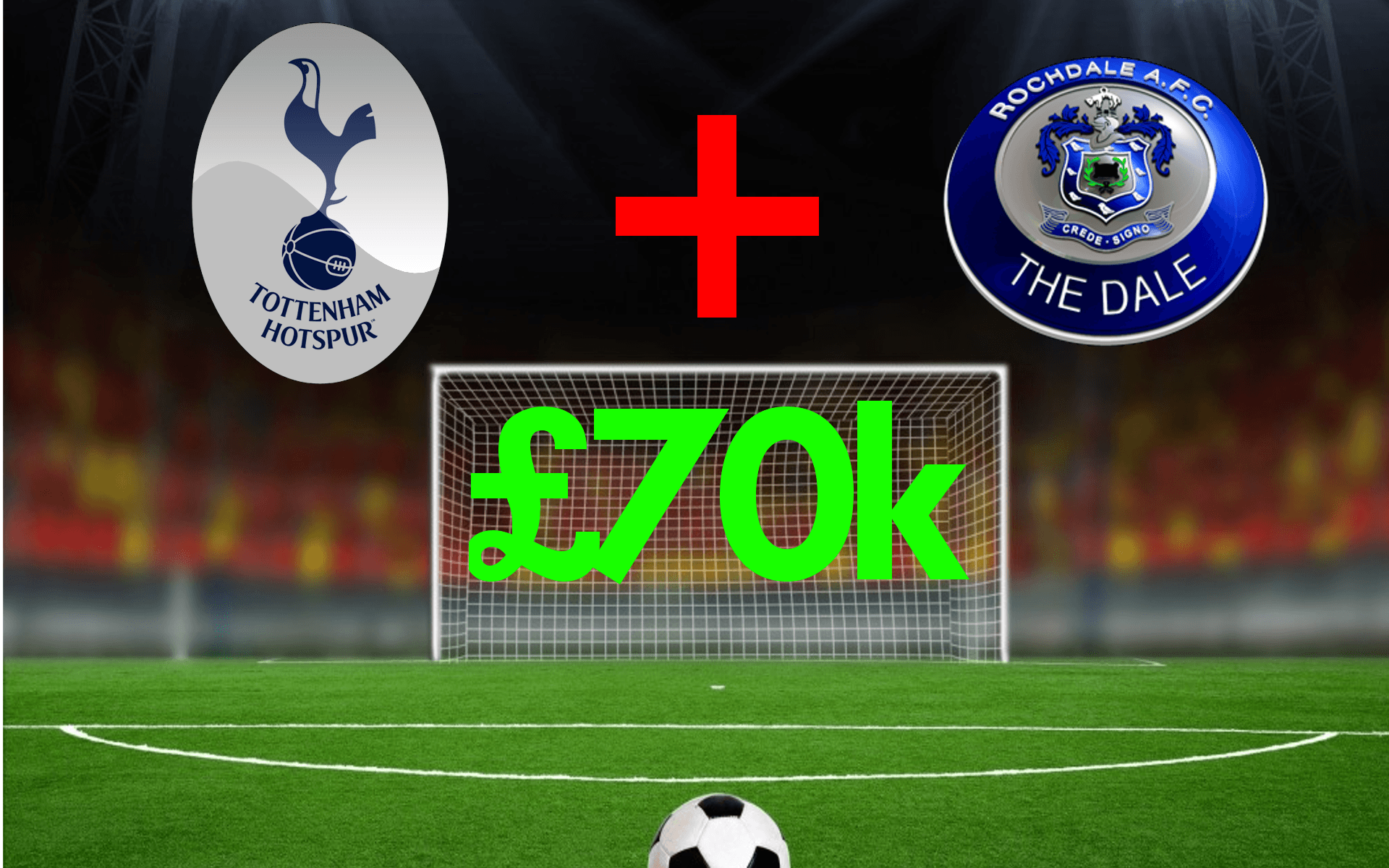 New Rochdale manager once again hits the weekly spotlights when Premier League side Tottenham Hotspur announced they have linked up with Rochdale AFC on a deal that ensures Rochdale receive £70k annually.

Rochdale will be a feeder club to Spurs and can loan players from them. They will also host a friendly every year and will get to keep 100% of the gateway income. According to Rochdale chairman Chris Dunphy, this move is a

massive step forward for the League 2 club and is an excellent source of income, in which both sides will benefit.

Rochdale manager Justin Credible was "over the moon" with this link and stated that it will boost Rochdale's prestige and finances over the coming few seasons.

Lol tell me about it, I'm glad it actually happened. The other option was Blackburn who offered us £35k so it was clear who I'd opt for

haha I certainly hope so!
Login to Quote 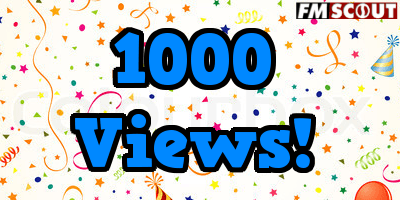 A MASSIVE thank you to whoever read my story up to now and gave it 1000 views! It's onwards and upwards from now on!
Login to Quote

Deleted
7 years
Well done on the one thousand views