Thank you Bayern, unfortunately I haven't lol... I want an offer so I can decline it and prove to the club that I'm loyal 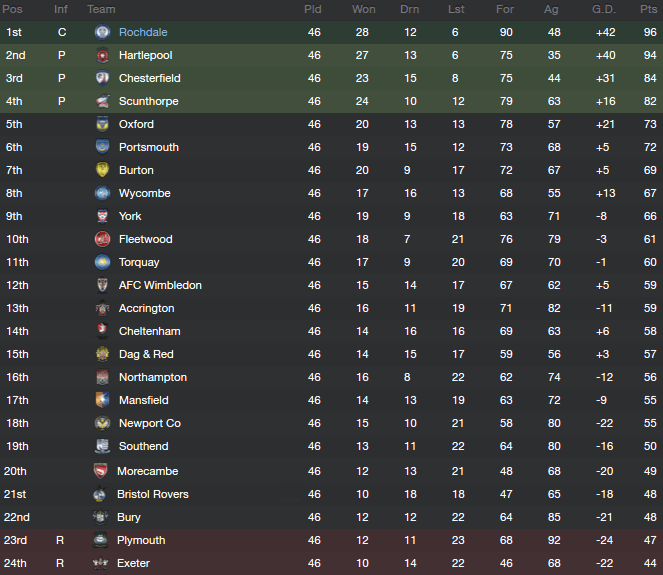 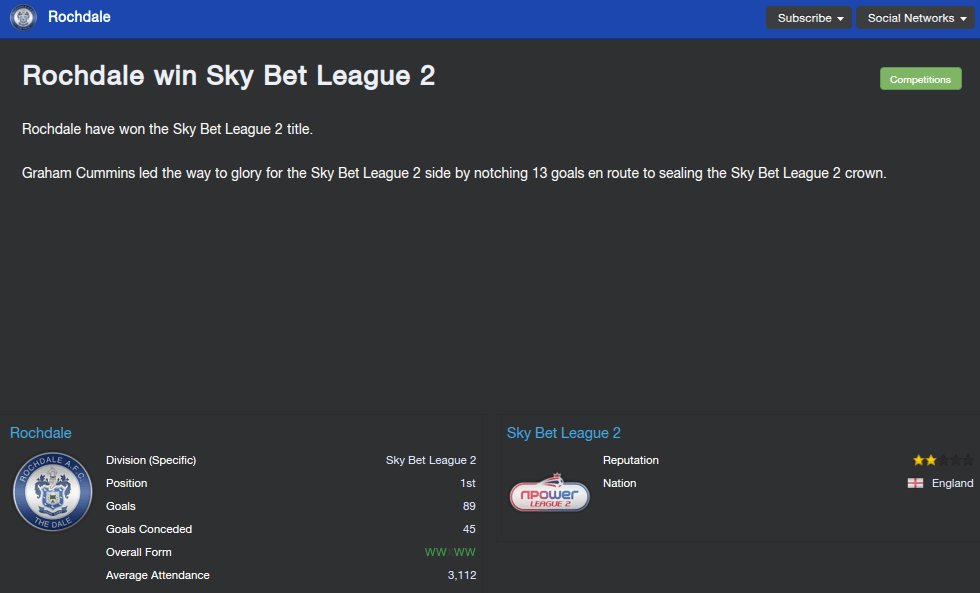 We're going to be in League 1 next season. This has been the best season ever for Rochdale AFC, and I prefer the credit to go to the players instead of me. At the end of the day its the players that play on the pitch, not Justin Credible. All Credible did was tell them what to do and it was up to them to produce when it mattered the most.

In fact, this season has been so good, I've managed to win the Manager of the Year Award!!

I hope next season goes well for Rochdale, I'm going to try and get promotion again, but my players have the current ability to perform well in the League 1, so I don't see why we can't try and win it...?

and well done on rochdale btw in case you forgot 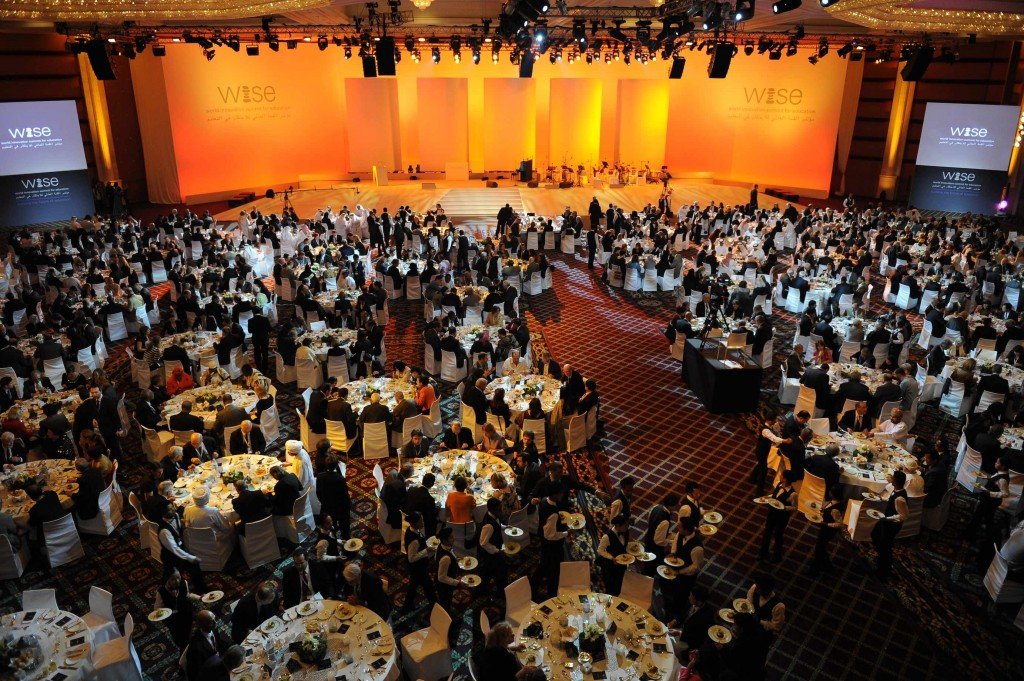 "Hello and welcome to our first annual awards ceremony! My name is Keith Hill and standing next to me is the man himself, JUSTIN CREDIBLE!"

I suddenly heard three-thousand people scream and cheer in response to my name being called out... my knees began trembling. When the roar died down, Keith started speaking once more, "The only reason why I left this club as manager was because I knew there's someone out there than could have done a better job than me, someone who could be a better manager than me, and I think it's fair to say that I was right. I was more than right in fact."

"Thanks Keith, it's a pleasure to be standing up here in front of our fans. I know we've won promotion and that, but guys, the journey isn't over yet. League One isn't what we're aiming for... we're going for gold." As soon as I said that, everybody once again roared in delight. As if I wasn't already feeling the enormous pressure. I felt guilty as I said we're aiming higher because I know what happened when Rochdale were in League One last time, I know how these fans must have felt. "This season's been awesome, we managed to do more than the impossible, we won the title for the first time. Its a great feeling and I'm honoured to be able to manage the club I've supported all my life, but I want everyone to know that I'm not going to leave this club for any club in the world, no matter what. Rochdale is my home, enough said. So, this season, we've had a few losses and draws here and there, but we won the main fixtures and we won the title itself which is the main thing."

"Not only that, Justin, you managed to bring in quite a few transfers from other clubs, which I must say have fared really well in League Two this season. Mr. Dunphy's really proud of the fact that we've gained promotion once again, and hopefully this time we won't come back down into League Two again." Yet another large round of applause.

"And also Keith, the best thing is that Mr. Dunphy is a former Rochdale player and a Rochdale fan himself, so the fact that we're owned by someone who would always think for the better of this club is awesome, it really is."

"Spot on Justin. And now, without any further ado, it's time to start the ceremony!"

After waving to the gigantic crowd at Spotland, we exited the stage, my heart pounding in apprehension... Who would win the awards? I had no idea myself. 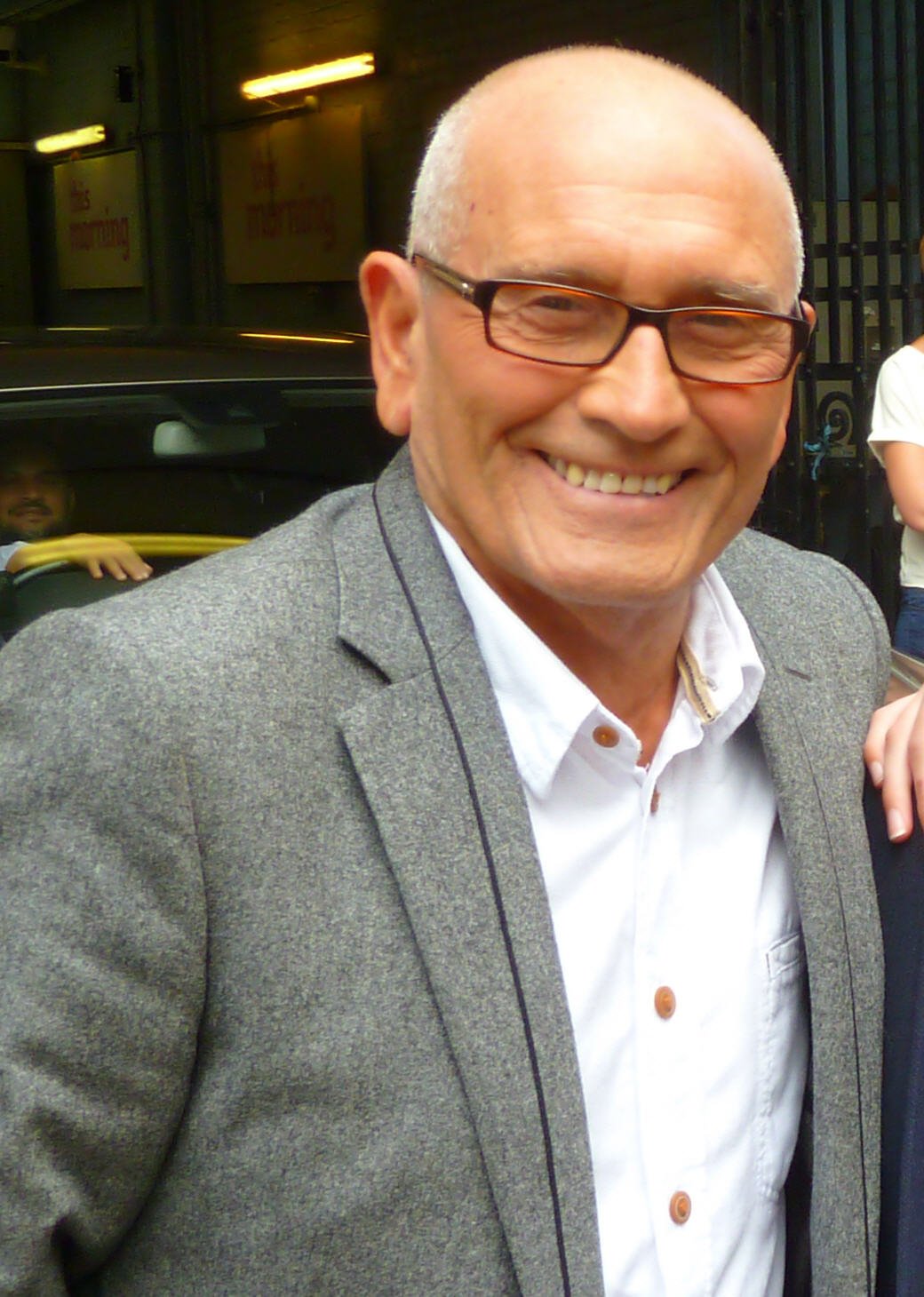 Shortly after we left, Tommy Cannon, the ex-chairman of Rochdale AFC (now a comedian) walked onto the stage with my boss (current chairman) Chris Dunphy, both met by another round of clapping and cheering. Cannon cleared his throat, "The Golden Boot Award goes to... SCOTT HOGAN with 15 goals!" Scott hugged his family members before he walked onto the stage to receive his award and shook the awaiting hands, and then he turned to the mic. "First of all, I want to dedicate my award to my manager Justin Credible. Before he came to Rochdale, I was just a small-time winger who was loan listed for experience, but one day after training he told me he's taking me off the loan-list as I've got a part to play in the team. I couldn't say much apart from thanks obviously, but I wasn't sure if I could live up to the standards of being a first-team player... and look at me now. All because of that man. Thanks boss." He wiped a tear off his eye as he sat down and once again hugged his friends and family. I felt touched, I have to admit. 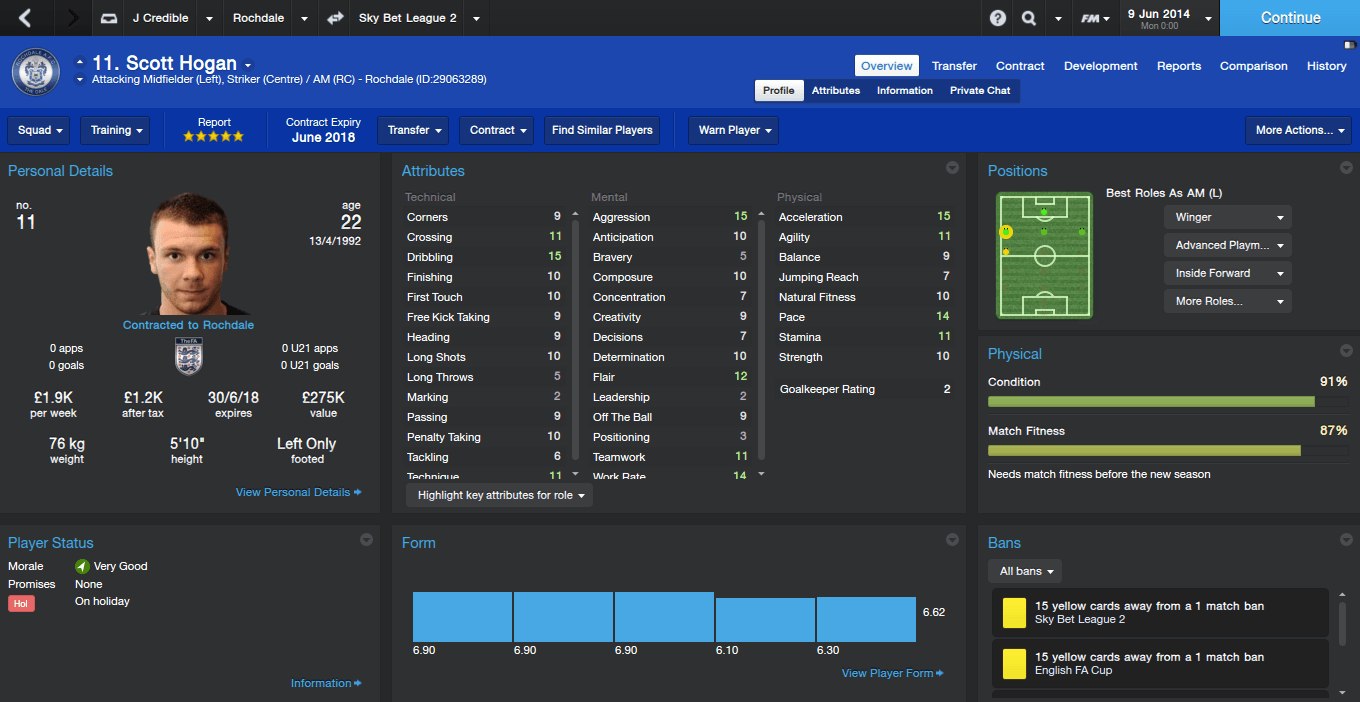 "The next award is the Golden Helper Award -- or the person with the most assists -- and this award goes to... MICHAEL ROSE with a total of 15 assists!" Mike stood up and waved to the crowd before grabbing his crutches and limping onto the stage to get his award. "Oh damn it," I thought. "That guy's been injured." 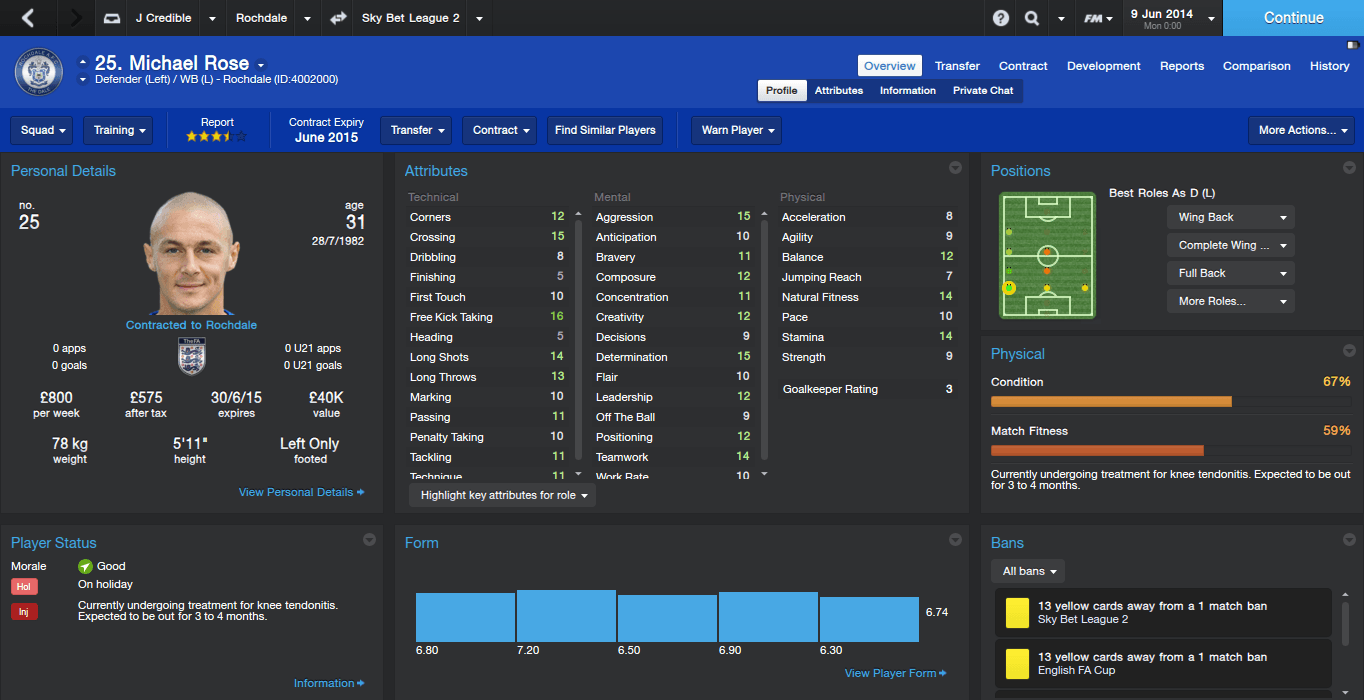 The cheers died down as Michael sat back down in his seat. Tommy tapped the mic a few times to test if it was working before he boomed, "The next Rochdale AFC award is for the signing of the season, which goes to ESTEBAN LOPEZ!" I suddenly sighed with relief. This guy deserved an award for the work he's done this year, it would have been a real shame if he hadn't got one. After he collected his award, he turned to the microphone and spoke, "Like Scott, I want to dedicate my award to Mr. Credible. He's done so much for me this year. I would have given up on football after I got released from Newcastle, and became a free-agent, but boss chose me to be in his team and I think it paid off. This is for you Mr. Credible!" I clapped as he sat back down in his seat. How many awards are there? I wondered. 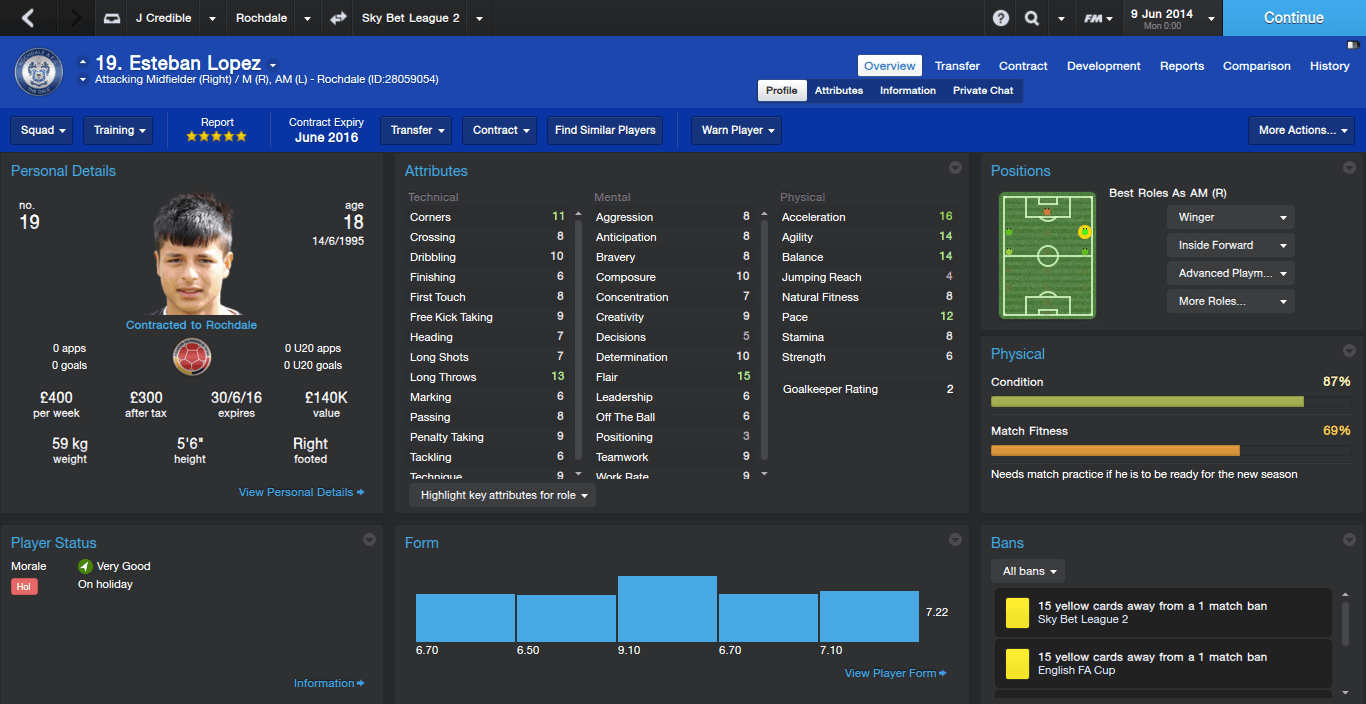 This time it was Chairman Chris Dunphy's turn to speak. "This award's one of the funniest I've ever seen. The award for the hardest-pronounced name goes to... PLAISIR BAH... I can't say it myself, but come on up Plaisir!" Everybody cheered as Plaisir walked up the steps, laughing his head off himself. These guys are having a blast, I don't want to get relegated next season... It'd be a real shame and I'd lose all this support from the fans. 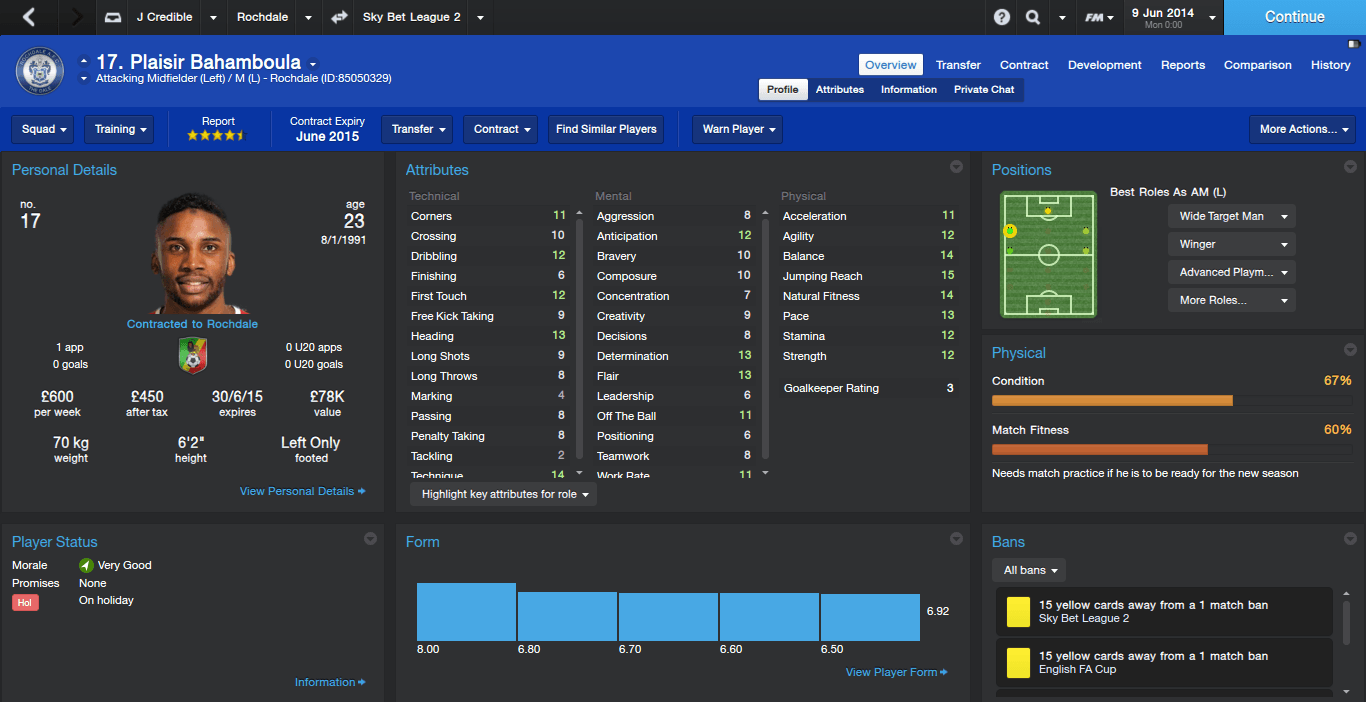 "The next award is even better, whoever wins this please take it lightly! The award for the biggest FLOP of the season goes to... DOMENICO BRONZI!" As the crowd started cheering and laughing, I felt a rush of anger. "ARE YOU FUCKING MENTAL?!" I yelled, my voice muffled under Keith Hill's hand over my mouth. He knew how I felt and I understood he felt the same. "But Keith, they're gonna damage this guy's confidence!" I said in protest. "I know Justin, I feel the same, but we can't do anything now can we? I hope Domenico takes it lightly, though." I glanced over at his seat, and thankfully, he was laughing around with his friends, stroking his new 'award'. I'm going to make that lad a star, just you wait, Cannon. 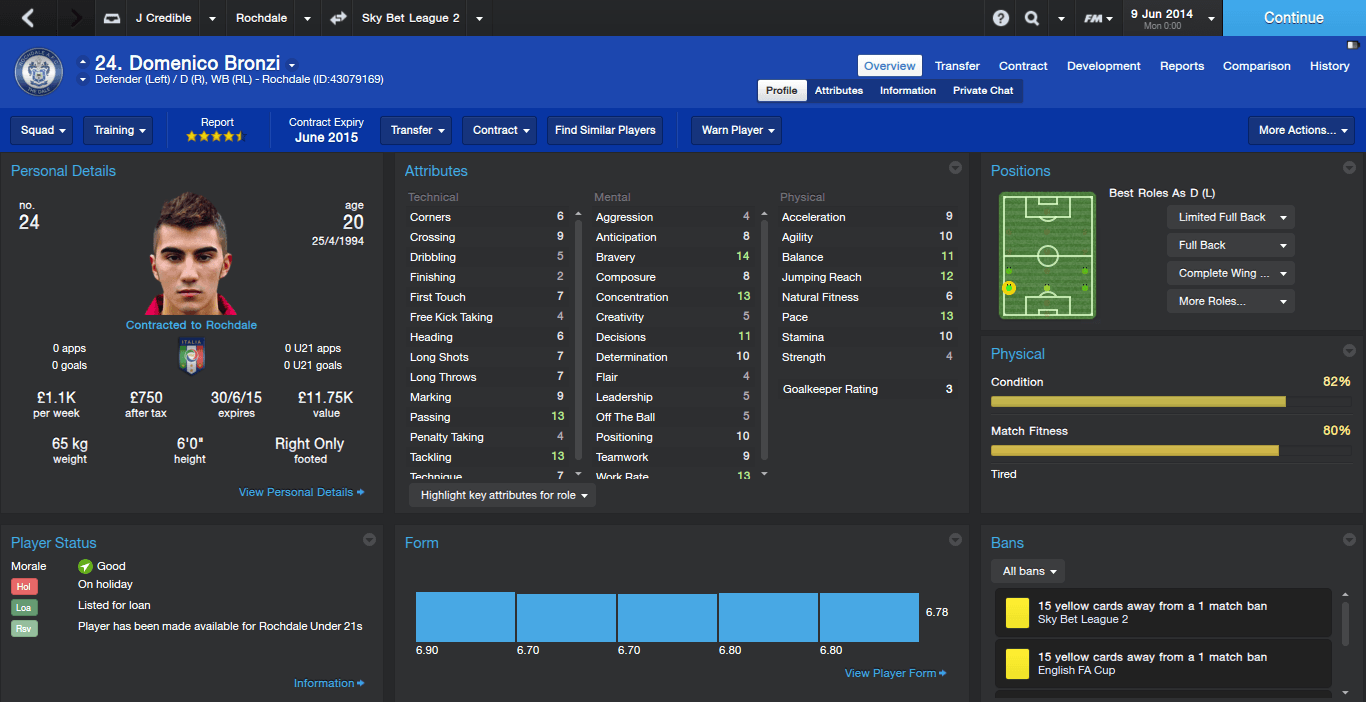 "And now can we please call manager Justin Credible up to the stage to present the final awards?" I breathed heavily to calm myself down to walk onto the stage with a forced smile. "Hello ladies and gentlemen. The award for the Young Player of the Year goes to... ESTEBAN LOPEZ!" This was totally the Lopez Show tonight, well deserved. I shook Esteban's hand as I handed him the award.

"The Player of the Year award goes to... OLIVER LANCASHIRE!" Ollie stood up, brushed his suit and walked up to the stage. I grinned as I handed him the award and muttered, "congratulations, Ollie!" Sure, we've had our falling outs over the season due to contract issues, but he's a rock in defence. No other way to put it. 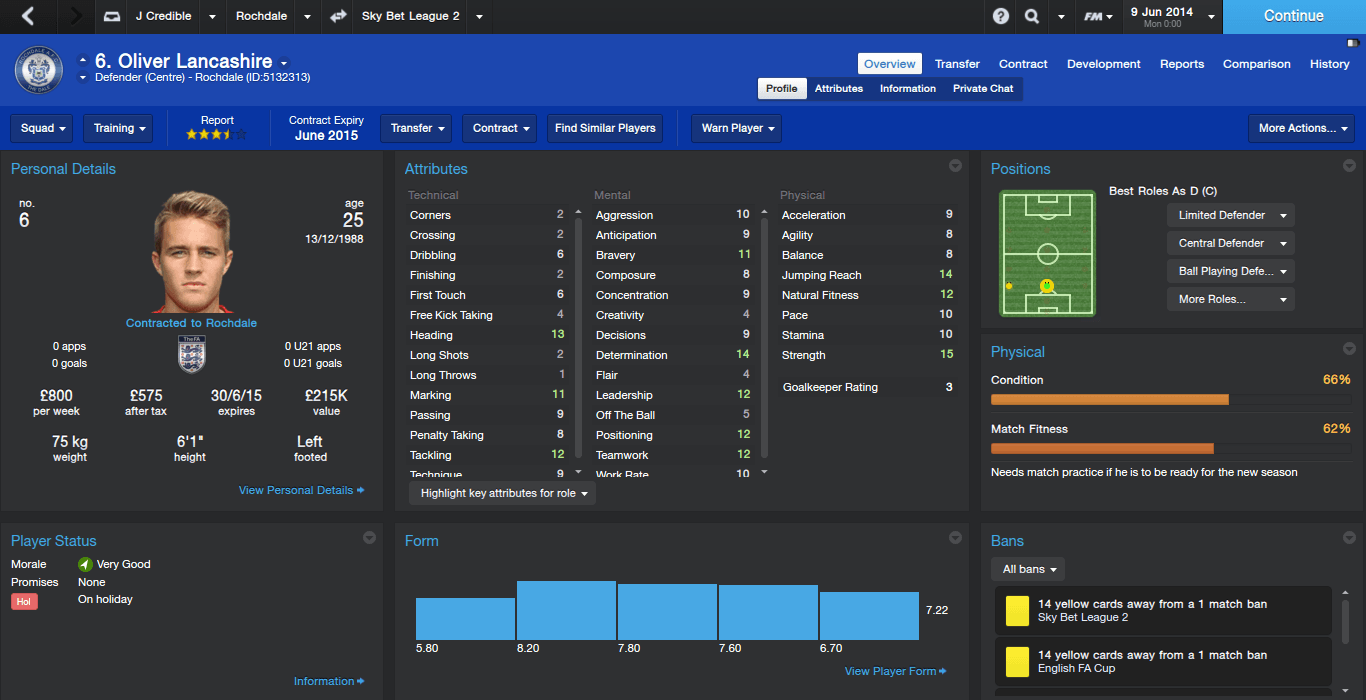 Chris Dunphy turned to his microphone and said, "And now, before we conclude this awards evening, I'd like to unveil the kits that we're going to wear next season..." The screen flashed and the image appeared: 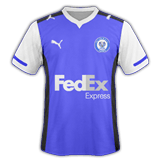 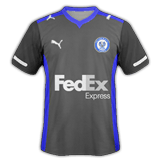 My jaw dropped to the floor. Amazing, these kits were absolutely brilliant. What an upgrade from our current kits. As the sea of faces in the massive arena showed expressions of appreciation and wonder, I thought to myself, "tonight isn't over yet, and it's only going to get better."


END OF SEASON ONE -- Thanks for viewing!

Thanks Lucas!
Login to Quote

MJK46
9 years
Congrats on everything man!!!!!!!!! Next season should be just as successful
Login to Quote

Good luck with your new one!
Login to Quote

They are soooooooo... clearly a Nike design. What, did you expect me to say good?

They are soooooooo... clearly a Nike design. What, did you expect me to say good?

hey, my PUMA kits are brilliant

haha deep down, you know this is a KoTW challenger


There's been a major overhaul here at Spotland. We've come pretty far, both in terms of players and in terms of development. I got thanked by Mr. Dunphy earlier for letting some players go and thus, reducing the wage budget. We've got a couple of friendlies coming up, which should garner us some income at the very least.

MJK46
9 years
Good luck on the friendlies
Login to Quote