JuppHeynckes
7 years
I'm a die hard Gooner and I have to say I'm disappointed. Happy Bould and Court are in charge but the fact you got rid of almost the entire team.

The Ox and Walcott
Mertesacker
Gibbs
Podolski
Sagna
and of course, how could you sell Fabianski!

And to be frank, Garcia is the worst signing you made. I'm sorry for being harsh but seriously.
Nastasić was a top signing but the squad you started with had huge cohesion saving you having to apply that to training but now you have poor cohesion with almost a new team. I wish you well and I'm sorry for being a giant douche about this but I can't read on. This isn't Arsenal.
Login to Quote

The Ox and Walcott
Mertesacker
Gibbs
Podolski
Sagna
and of course, how could you sell Fabianski!

And to be frank, Garcia is the worst signing you made. I'm sorry for being harsh but seriously.
Nastasić was a top signing but the squad you started with had huge cohesion saving you having to apply that to training but now you have poor cohesion with almost a new team. I wish you well and I'm sorry for being a giant douche about this but I can't read on. This isn't Arsenal.

Kane
7 years
Goonerkev1986: Thank you! Nice to see faith in the manager.

dan4rmnaija: There are a lot of transfers I know, but I felt many improvements were needed. Expect Januzaj to play often!

JuppHeynckes: Lovely to see your first post showing your utter disappointment. But although you may not like what I'm doing, as the manager it's what I want to do. Garcia is only back-up, he won't be the next Xavi or Fabregas, but he's good enough to act as back-up, and better than Flamini or Rosicky.

AaronHJFT96: I don't know if I can. Although calling himself a 'diehard' gooner, he shouldn't worry about the players on the pitch, but the badge on the shirt. I question his support for the club.

Aaron
7 years
haha, well, getting rid of players like mertesacker and bringing in nastasic is what you need, out with the old in with the new! build for the future, i hate to see what Jupp thinks in 15 years when in IRL the arsenal squad is completely different!
Login to Quote

Hibee1875
7 years
Some interesting signings you've made, can't wait to find out how they gel and if they can sustain a title challenge. As a gooner myself I really enjoyed the Arsenal Academy update. Lets hope Steve Bould can win us a trophy

Kane
7 years
AaronHJFT96: To be honest, I haven't in theory changed the starting XI more than anyone would. Despite selling the likes of Walcott and Oxlade-Chamberlain, current players will replace them in a different formation. The majority of the favoured Starting XI will be current players.

Glad you like it so far!
Login to Quote

Steve Bould previously announced two more signings will be displayed at the Emirates Stadium, and now both have been announced. They may not be some of the biggest names in football, but Bould surely saw something magical in order to send them to London, with a little surprise for fans too! 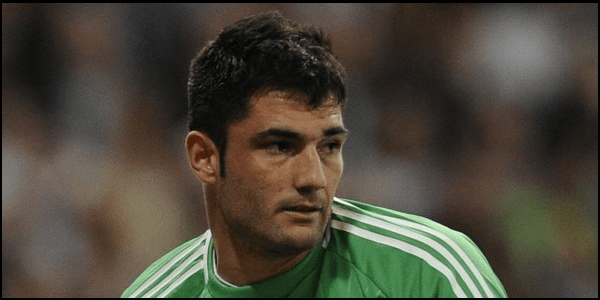 Antonio Adan secured a new club with just hours of the window remaining.

Antonio Adan is the first man announced as a new player for Arsenal. A free agent, Antonio has signed with simply the costs of wages, £14k a week, meaning he could be a great replacement for the recently departed Lukasz Fabianski.

The Spaniard is only expected to be back-up to Wojciech Szczesny, and will fight with loanee Emiliano Viviano for the place on the bench. 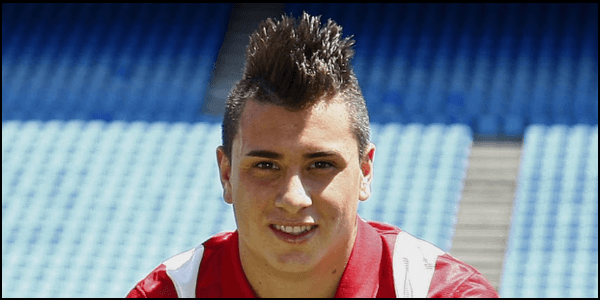 At 18, Jose Gimenez was one of the finest Atletico prospects.

Costing just £1 million, as one of the finest prospects in the Atletico Madrid squad, the purchase of Jose Gimenez has delighted fans. Expected to start as a back-up with the possibility of replacing the likes of Laurent Koscielny, Jose is one to watch out for!

The Uruguayan had only just signed for Atletico, following regular trials. Complications were found for Gimenez on his club stance, whether with Atletico or Danubio back in Uruguay, but now he is a certain Arsenal wonderkid.

Known in Spain for exceptional natural fitness, pace and tackling, Jose looks to be a solid signing. 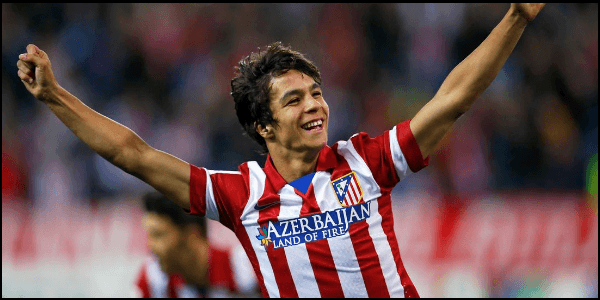 And Bould's little surprise has also been unveiled. Oliver Torres or simply Oliver as some know him by, was the one of the best young talents in all of Spain. Tipped to be a world superstar, with players such as Cristiano Ronaldo and Lionel Messi calling him a star of the future, the capture of Oliver should amaze many fans.

Oliver will join Jose Gimenez from Atletico Madrid, delighting the Spaniard. Currently 18-years-old, he is known for his exceptional dribbling, passing and first touch already, as well as his flair and creativity on the ball. Fans may well see Oliver Torres, his preferred name for his spell at Arsenal, feature very soon after 5 years in Atletico squads.

After featuring 6 times last season for the senior squad, after a successful campaign with the 'B' side, Oliver is one of the hottest talents around and could become an Arsenal legend very soon, having cost just £2.5 million.
Login to Quote

Goonerkev1986
7 years
You are going to have to provide a screenshot of this squad! I have lost track of all of the ins and outs! Oliver & Gimenez are very Arsenal-esque signings
Login to Quote

Goonerkev1986: Don't worry! In my next update (pre-season) I will upload screenshots of the profiles of every signing, alongside the full Senior Squad. I lost track of who I announced a few times, so you're not alone.
Login to Quote

Kane
7 years
Rablador: What a player? I got him as my U18 coach

Im honoured to have your 769th post, thank you.
Login to Quote

5 games were played in pre-season, including two in the Emirates Cup. 23 players moved clubs, both permanent and temporary, and many players were given a squad number and place in the squad for the 2013/14 season. But what exactly happened across July and August?

How did Bould get on during his pre-season campaign, in which he would try to get the squad off to the best of starts before the permanent manager took over?

Arsenal got off to a sublime start to the season, with a convincing win over French side Vannes OC at Stade de la Rabine, with a number of players making their way onto the score sheet.

German Mesut Ozil opened the scoring with a striker in the 28th minute, with fellow international Per Mertesacker adding a 2nd just six minutes later. Olivier Giroud scored Arsenal's third with a powerful header in the 43rd minute.

The striker than soon followed by grabbing his 2nd and Arsenal's 4th goal, hitting a free-kick over the wall into the top corner from 21 yards out, in the 45th minute. Jack Wilshere was next on the score sheet, scoring in the second minute of first-half injury time, his sublime strike beating Antoine Petit at an angle.

Dielna pulled one back just after the hour, but Olivier Giroud then completed the rout with his hat-trick in the 82nd minute, a simple tap in following from Aaron Ramsey's dashing run.

Arsenal secured victory over a weakened Bremen side in the Emirates Cup Semi Final, thanks to the magnificent goalscoring of Alexandre Lacazette.

Making his Arsenal debut, Lacazette finished home in just the 3rd minute of his Arsenal career. Florian Grillitsch soon equalizided just 2 minutes, but Lacazette followed up with a glancing header in the 12th minute. Jack Wilshere continued his fine form to strike the ball home in the 18th minute, with the game already looking settled.

Jack then added a second early in the second half, beating Richard Strebinger in the 52nd minute. Lacazette settled the game with his hat-trick, scoring in the 84th minute.

Arsenal secured cup success with the Emirates Cup after edging FC Nantes with a youthful side. Adnan Januzaj went down midway through the second half, earning a penalty, coolly converted by Spaniard Mikel Arteta.

Januzaj came close in the second half, hitting the crossbar in the 62nd minute. Yaya Sanogo also almost settled the match with 5 minutes remaining, but his goal was correctly ruled offside.

The final whistle was blown to the array of fans, beaming with joy at their success in their home cup.

Despite Arsenal's comfortable 4-1 victory over minnows Chunnam Dragons, some pundits were unimpressed with the manner of victory, with the underdogs causing Arsenal far more problems than had been expected. The highlight of the game was undoubtedly a superb hat-trick from Arsenal's Olivier Giroud.

Things did not get off to a good start for Chunham Dragons as powerful striker Olivier Giroud seized on an error by Yeom Chang-Hwan to score a deftly executed finish. Winger Adnan Januzaj doubled Arsenal's lead with a well timed finish from close range on 34 minutes.

Forward Cho Dong-Hee pulled one back for Chunnam Dragons after 59 minutes with a close range header.

Arsenal enjoyed near total domination over a distinctly average Busan I'PARK side at Busan Asiad Main Stadium this afternoon. The game will be remembered for a remarkable display of goalscoring from Arsenal's Olivier Giroud.

Powerful striker Olivier Giroud gave Arsenal the lead with a fine header from point-blank range in the 11th minute. Giroud added his 2nd goal of the game with a good header from just inside the six-yard box on 38 minutes.

Centre-back Song Il-Kwon pulled one back for Busan I'PARK for 86 minutes with a close range finish which was timed impeccably.

Overall it was a cracking pre-season. Olivier Giroud had a cracker, scoring 10 goals across the five games. New signing Alexandre Lacazette also had a great few games, notably with his hat-trick, and Jack Wilshere was able to get on the scoresheet a bit too. With results like these, and success in the Emirates Cup, we look set to go for the season!

With 11 players joining the club, and another 12 departing, both permanent and temporary, a recap on the new players is certainly needed, followed by a list of those who have left the club.

The Arsenal FC Squad List has now been announced for the 2013/14 season, with 25 players named for the upcoming campaign. Jack Wilshere has been named as Captain, with Mikel Arteta named as Vice-Captain.

The following players have been given a shirt number but are not included in the first team for the 2013/14 season:

Arsenal are certainly ready for the new season with these results and squad, with the permanent manager due to be announced soon!
Login to Quote