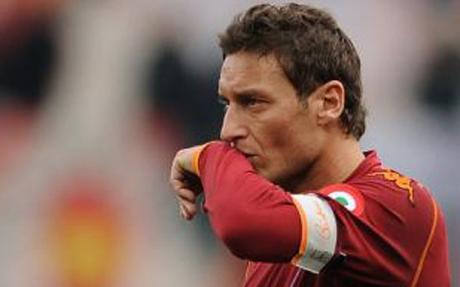 In what has come as a massive shock to many football fans across the globe, the legendary Francesco Totti has been appointed to a player-manager role at AS Roma. Totti will be helped into the new role by assistant manager Aurelio Andreazzoli, who was interim manager last season, while he is playing on the pitch.

“We are pleased to announce Francesco Totti has agreed to take the reins of the club that so loves him and that he so loves in a player-manager capacity,” said chairman James Pallotta. “He is a true legend of AS Roma, and the fans will be behind him from the very start.”

In today’s day and age, player-managers are few and far between. To play and also manage the team is a very high strain on any single person, and whether or not Totti will be able to handle the pressure is a question that can’t be answered quite yet.

Totti will be helped immensely by last season’s interim Aurelio Andreazzoli, his assistant, and the director of football Walter Sabatini. Between the three of them, a coaching and transfer system has supposedly been developed to allow Roma’s captain to continue to play while still taking charge whenever possible.

The biggest question that seems to be the hot topic among Roma fans is whether or not their legendary figure will continue to play. Totti is the epitome of an ageless captain and is still scoring goals in a regular basis for the club of his heart. With the extra duties of managing the club and coaching the players, will Totti control things from the sideline or look to continue his control on the pitch?

Regardless, Giallorossi fans have reacted with aplomb to their new manager, hailing Pallotta for hiring the club’s best ever player and inspiration to the head role. The 36 year old striker has made 678 total appearances for Roma and scored 282 goals and is the highest goal scorer and appearance maker in the club’s history. He’s also made 58 caps for Italy, scoring 9 goals.

“I’m delighted to take this position, and I am fully prepared,” said Totti at his unveiling. “Roma is the club that I have always loved, and I will do everything I can to claim a new empire. I am il Gladiatore di Roma, and I am ready to fight for this great club.”

Neal
9 years
Thanks everybody

Walter, I was forced into player-managership because the editor had not come out yet

Pauker, yeah, sadly Totti was never really a favorite in the Italy squad

Glenn T, both stories will run side by side 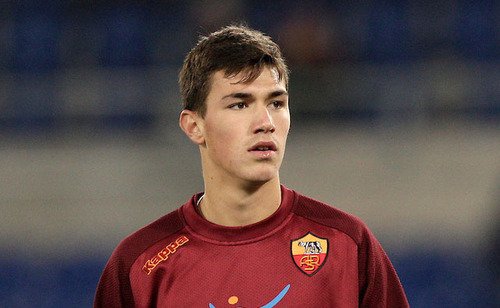 Teen defender Alessio Romagnoli has been loaned to Vitesse.

Francesco Totti has confirmed that three players have left Roma, one of which on loan. Backup goalkeeper Bogdan Lobont has left for Ajaccio for €115,000, versatile midfielder Marquinho has been sold to Cagliari for €3,000,000, and promising young defender Alessio Romagnoli has been loaned to Vitesse for the season.

Lobont had only made 22 Serie A appearances in his last four years at Roma and so departed for France to find first team football. Lukasz Skorupski will likely now play second fiddle to Morgan De Sanctis between the sticks, who recently signed for the Giallorossi from Napoli. Lobont will hope to finish off his career with first team football in this league that he had never before played in.

The sale of Marquinho has come under slight criticism from the fans. The midfielder had enjoyed a very decent season last term, managing to score 4 goals in Serie A. The Brazilian was sold with little hesitation, however, when Cagliari came into the picture with a somewhat paltry €3M fee. This sale has, however, made space for a potential new signing in midfield. Francesco Totti has also said before that he is looking to add a more Italian flare to the side, perhaps explaining the release of this Brazilian.

Roma’s third departure is not a sale but a loan. Alessio Romagnoli, one of Roma’s most promising youth prospects, has been loaned to Vitesse Arnhem for the remainder of the season, though has a recall clause should the capital city side need him. The towering central defender will surely benefit from first team action as he looks to develop into the rock of the Giallorossi’s future defense.

Having now sold three players, the new boss Totti has slightly more funds to strengthen his side ahead of the upcoming 2013-2014 season. He is apparently looking to bring a new central midfielder to the side and PSG’s Marco Verratti, Fiorentina’s Alberto Aquilani, and AZ Alkmaar’s Markus Henrikson are at the top of his list. Each would bring added quality to midfield and create even bigger competition for places.

Since Morgan De Sanctis is already 36 years of age, Totti is also looking for a long term replacement between the sticks. Genoa starlet Mattia Perin is the current target, though he may be loaned back to Genoa for the season to get first team action should he be signed, with a fee of around €1M being the most commonly mentioned.

Jer
9 years
Some good fees for the departures, and Romagnolis is a star for the future