Diazepamll: Thanks buddy, hope you like my signings when you see them too

Neal
8 years
jason_connolly1987: Thanks bud, we are bringing back the Italian renaissance 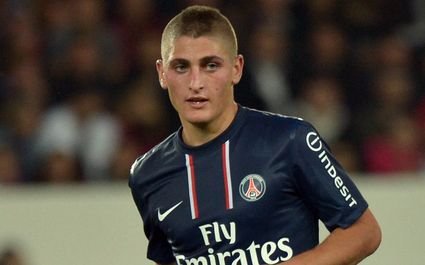 Because of Morgan De Sanctis’ age, Roma had been looking for a long term replacement. Thus, Totti has spent a small fee in capturing one of Italy’s most promising young goalkeepers in Mattia Perin. Along with the €1M fee, Perin will spend the 2013-2014 season on loan at Genoa to continue to get first team football. The Italian shotstopper will be on €22.5k per week wages until 2014.

“He [Perin] is a very good young goalkeeper, one that we hope will have a very bright future at the club,” said Totti at the unveiling press conference. “His reflexes are very good and he is already a Serie A quality goalkeeper, and he has the potential to be Italy’s goalkeeper of tomorrow.”

“Il Gladiatore’s” second signing arrives amid much more fanfare. Marco Verratti has arrived at the Stadio Olimpico for €13M, with potentially another €2M in performance related bonuses. The youthful Italian playmaker had spent last season at PSG, and before that spent many years in Italy with Pescara. Verratti put pen to paper on a €35k per week deal until 2017.

“Marco [Verratti] is an excellent player,” said Totti, who sang the 20 year old’s praises. “He has the passing, the technique, the flair, and the overall talent to be an important player in the center of the park for us, a vital area.”

Having now spent quite a bit of money, it looks as though Roma’s squad is about finalized in anticipation of the upcoming friendly matches to prepare for the new season. Roma will play away to Yverdon, Nimes Olympique, Everton, Villareal, and Aris before they kick off the Serie A season away to Sampdoria.

pompeyblue: Cheers Pompey, hopefully they do well for me!

Aaron
8 years
I know Verratti is a very good player but don't think I've heard of Perin, I trust you to be a good judge of talent though haha! Nice neat update too!:P
Login to Quote

MJK46
8 years
Damn those are amazing signings.
Login to Quote

BayernAmerica: Very pleased with them both, hope Verratti especially does well!

redwolf0008: Legend *in the making


It seems as though a new age is rising at AS Roma. The appointment of club legend Francesco Totti in a player-manager capacity is only the start of what promises to be an outright footballing revolution at the Stadio Olimpico. It is only fitting that to go along with this new age of AS Roma football, new kits have been created as well. Boasting the charity “Roma Cares” as its sponsor and made by new Adidas head designer joethequin, the Giallorossi’s new kits have received much positive reception among fans. Get yours today at www.asroma.it/store. 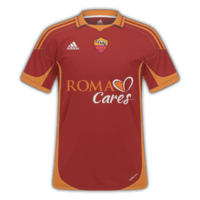 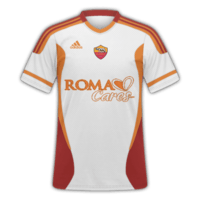 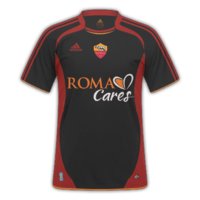