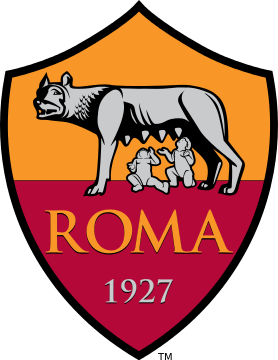 Welcome everyone to my first Football Manager 2014 story! Having had loads of fun (and still having loads of fun) with taking Inter Milan to the top of football history with a legend of the club in charge last year, I can’t help of wanting to do something similar in the newest edition of FM.

My heart continues to yearn for Italian calcio, but this time I will be taking the trek south from Milan to the capital city of Rome and will take the helm of AS Roma. I will be using a certain Giallorossi legend, unarguably their greatest player in history, in a player-manager capacity; Francesco Totti.

My goal for the save is quite simple; bring AS Roma to the top of Europe for the first time in their history by capturing the UEFA Champions League. A couple of Scudetti or Coppa Italia wouldn’t hurt either!

This story will be mainly writing based for one simple reason; writing monthly updates all the time bores me. I want to test out my writing skills in this story and hopefully become a better writer and provide a more interesting to read story in the process.

The following is a bit of information about AS Roma:

jason_connolly1987
9 years
Good luck mate, will follow for sure!!

TVDLC123
9 years
There goes everyone's chance of a SOTM...

I know you have still been updating it but I was eagerly waiting for your FM 14 story. Good luck will definitely follow!
Login to Quote

Aaron
9 years
OMGOMGOMG!!:D Neal starts his new story and I get to follow from the start:D Good luck mate, Roma are a great team!
Login to Quote

Neal
9 years
Thanks everybody for the early support! Hopefully you all enjoy this story

Walter
9 years
Good luck Neal, not that you'll need it In perhaps a not entirely unexpected move, AS Roma president James Pallotta has announced that interim manager Aurelio Andreazzoli’s will not be offered the job on a full time basis. The Italian had led the capital city side back to up to a 6th place finish and had taken them to the runners up spot in the Coppa Italia after a disappointing start to the season under Zdenek Zemen.

“Aurelio [Andreazzoli] has done reasonably well under the circumstances for AS Roma, but we believe that the future of the club lies with a new leader,” said Pallotta. “The new manager will be announced within a few days, and from there we can start to build again.”

Andreazzoli had never before managed a professional football club, instead working as a coach and eventually an assistant manager to Zdenk Zeman during his second stint as Roma manager. Due to his “savior” status after last season’s recovery, most people believed Aurelio would be given the post on a full time basis to continue his revolution. However, it seems that James Pallotta has a different plan for the club; the question is, a plan with who in charge?

The new manager will have a very talented, new look team to work with. Despite having sold talented young attacker Erik Lamela to Tottenham, the Giallorossi quickly bounced back by signing Fiorentina’s Adem Ljajic and Arsenal’s Gervinho to reinforce the attack. Roma also pried away Kevin Strootman from PSV and recovered from their sale of Marquinhos to PSG with the signings of Mehdi Benatia, Maicon, and Vasilis Torosidis. With Maarten Stekelenburg having also left for Fulham, the capital side has signed Morgan De Sanctis as its new number one shot stopper from Napoli.

“We are ecstatic to welcome so many talented new players to AS Roma,” said Pallotta. “We had a bit of a disappointing campaign last time around and this year we really want to bounce back with a strong showing, and these signings are a big statement of intent for us.”

The biggest question now in the heads of Roma fans is who will take over as manager. Multiple big names have been linked with the vacancy, and ex-manager Luciano Spalletti is the current favorite, having managed the club from 2005 to 2009. Ex-Chelsea boss Roberto Di Matteo, still seeking a club after being sacked by Abramovich last season, is also a hot name right now. Some rumors from inside the club, however, have suggested that legendary striker Francesco Totti may give up his playing days to become the new manager.

Regardless of who takes charge of the Giallorossi, it is clear that there is a new era beginning to unfold in the grand city of Rome.