LFC
8 years
very passionate update, so much passion flowing through every word, and an extremely passionate result. good job, and good luck vs Juve!
Login to Quote

Neal
8 years
AaronHJFT96: Thanks bud, glad you like it, and sorry, I got it right the first time but failed to spell it correctly in the caption

LFC: The passion for my update in your passionate comment was truly passion-inspiring for me, thank you

Pauker: You know me, are you even surprised?

squirmy420: Cheers mate, on to the treble!

pompeyblue
8 years
Great update and a great win too, but it was kinda obvious you were gonna win tbh

I mean, anyone who thought otherwise, do you know Neal?

Coxy
8 years
Standard stuff buddy. All you do is win win win...

MCox93: No matter what, got trophies on my mind, I can never get enough


His story is so passionate it's fruity 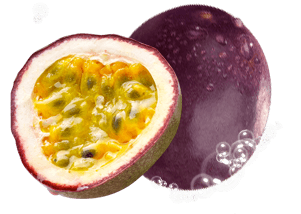 WINS CONTINUE TO FLOW FOR ROMA IN FEBRUARY 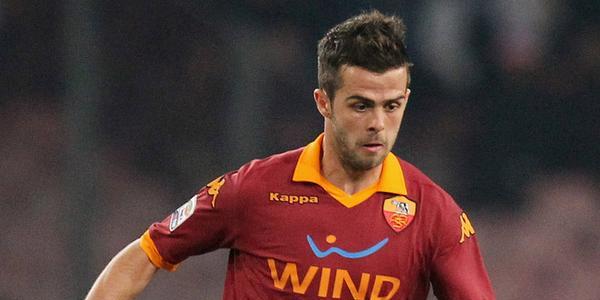 Miralem Pjanic led Roma to three straight wins including an astounding performance against Parma in which the Bosnia & Herzegovina midfielder laid on 4 assists for his team.

The months keep rolling, and Roma keeps winning. The capital city side have not lost in twelve straight matches in all competitions after this latest streak of three wins, strengthening their Scudetto credentials, pushing forth in the Coppa Italia, and even beginning to make a case for themselves in the Champions League.

The month started out with an away fixture against Sassuolo. Domenico Berardi, who had just recently signed with the Giallorossi from Sassuolo, did get a chance to score against his old club off of the bench. It was his ex-teammate Jasmin Kurtic's own goal that ended up sinking the Neroverdi, however, and though the Romans struggled, they managed a 1-0 win.

The next match was of paramount importance. Having fallen at the First Knockout Round in last year's competition to Barcelona, AS Roma was certainly looking forward to having to play only Celtic this time around. A brilliant attacking performance from Totti's men, including Berardi's first goal for the club, led the Italian champions to a 4-1 win, silencing Celtic Park.

The final game of the month was dominated by one player; Miralem Pjanic. Last year's Serie A Player of the Year hasn't been quite as prolific as last season, when he managed 13 goals and 20 assists, but showed that he is still one of the world's best by laying on four assists for his teammates in their 5-0 demolition of Parma.

At the end of February, Roma find themselves in quite a comfortable position. Thirteen points clear in the league and a 3 goal cushion to take back to the Stadio Olimpico in Europe, this might just be the season that Rome reconquers Europe after all... 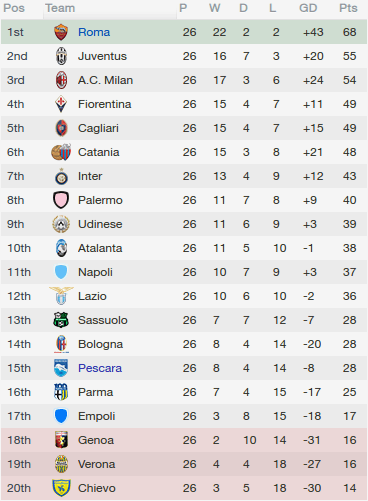 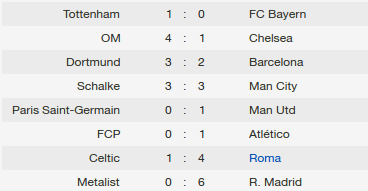 Aaron
8 years
Help your affiliation out mate, they're struggling! Send Berardi down there on loan for the last few weeks?
Login to Quote

Neal
8 years
joethequin: Thanks bud, and yeah I haven't a clue!! They got absolutely mauled

AaronHJFT96: Berardi is all mine

Note from the Author

Due to school starting on Wednesday, my real life football schedule getting far busier, and some other personal stuff, I likely will not be coming on FMScout as often anymore. I will do my best to continue to update this story / reply to comments, but more than likely I won't have the time or energy to pump out daily updates like usual, and I almost certainly won't be on chat as often. If all goes to plan, by the time FM15 comes out I'll have more free time / things should be solved personally and I'll get a cracking story on the way for you, but for now this story likely will (much like Walter's) simply not be updated as often anymore. Thanks for all of your support and understanding 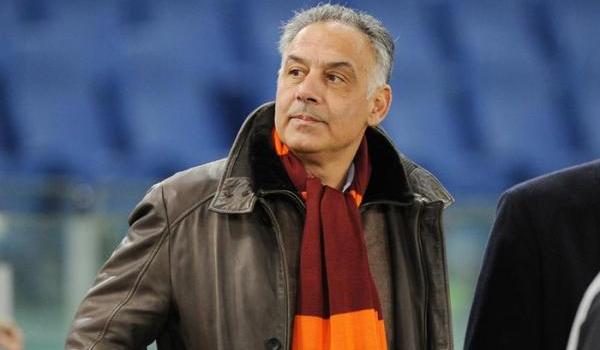 AS Roma's American chairman James Pallotta today confirmed that the club's balance is "roughly €50 million in the red" and that if this year wasn't a major success, serious changes or sales would have to be made in the upcoming summer.

It's been a massively successful couple of seasons for AS Roma, but, according to chairman James Pallotta, things aren't looking too hot on the financial side of the capital city club. In fact, after another spending spree this year that brought nine new players to the club, Roma's balance is no less than negative €50 million.

Francesco Totti has spent €170 million in transfer fees since taking charge as a manager, and though part of that has been recuperated in sales, much of it has come from the club. The club's wage bill takes hits as much as €30 million per month, and it seems that these big pay packets are finally starting to hurt the Scudetto holders.

"Unless we manage to bring in a lot of prize money this season, we may be forced into making some relatively radical changes this summer," Pallotta told the press. "Failing Financial Fair Play standards is not something that this club is ever going to do, even if we need to perhaps sell players."

Manager Francesco Totti initially refused to comment on the matter of selling star players in the near future, eventually asserting, "When the season is over and we've won the trophies that the fans deserved, the club's money and future will surely be secure. Nobody is going to be sold."

Whether this rift in opinion between the two may hint at potential cracks in the duo's relationship, one thing is for certain; the Giallorossi are in some serious economic trouble, and if they want to pass Financial Fair Play, something special might just need to happen.

JasonRM
8 years
50M in debt! What have you been doing Totti?