Haha. It was a good looking template anyways.
Login to Quote 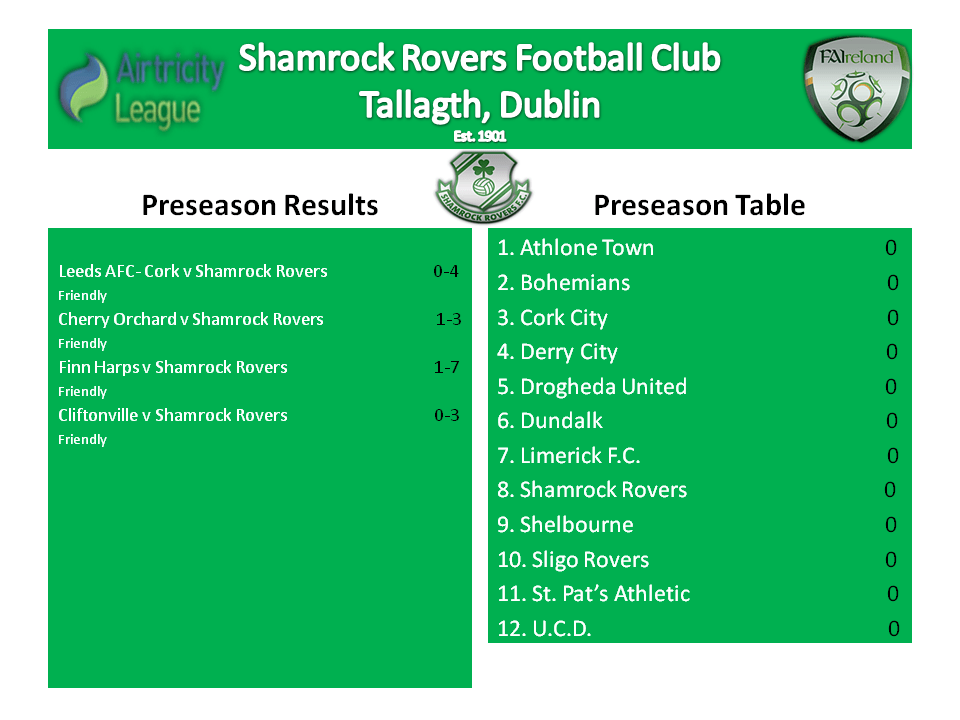 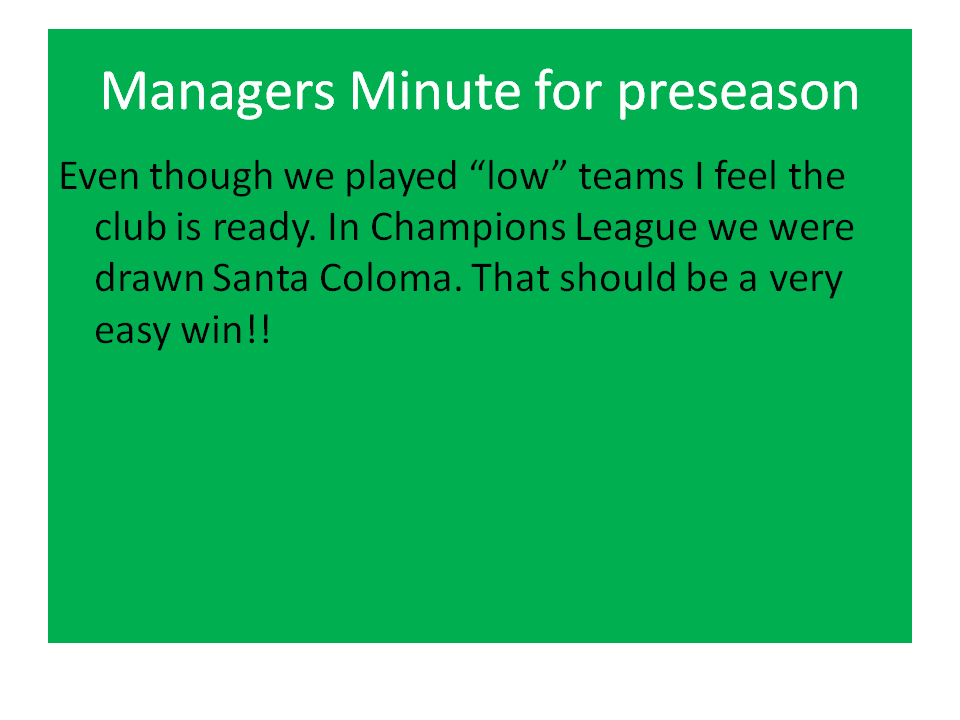 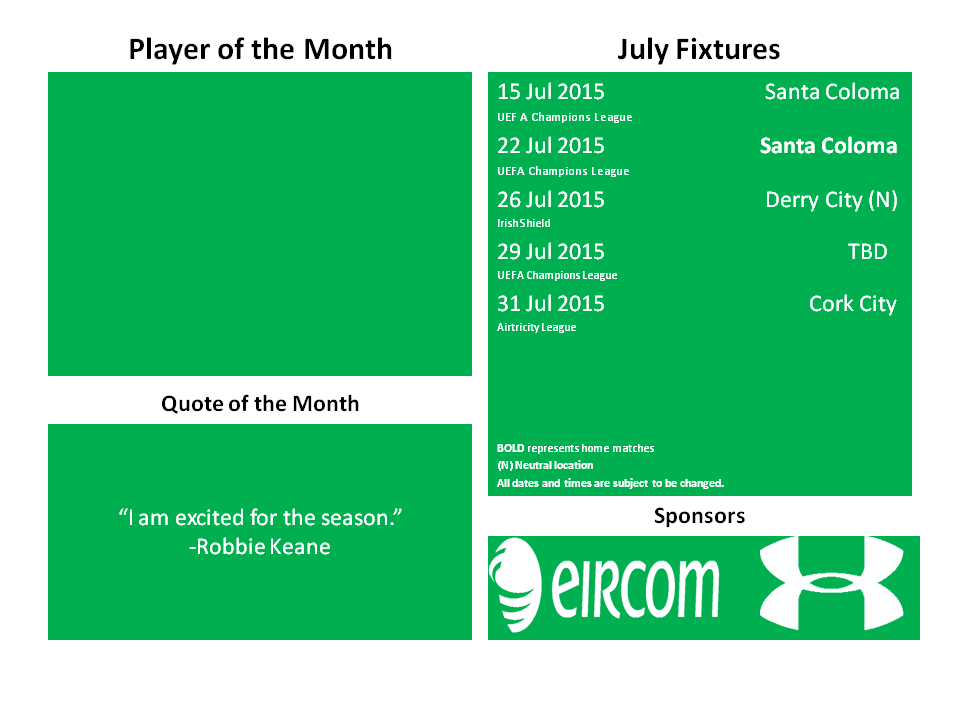 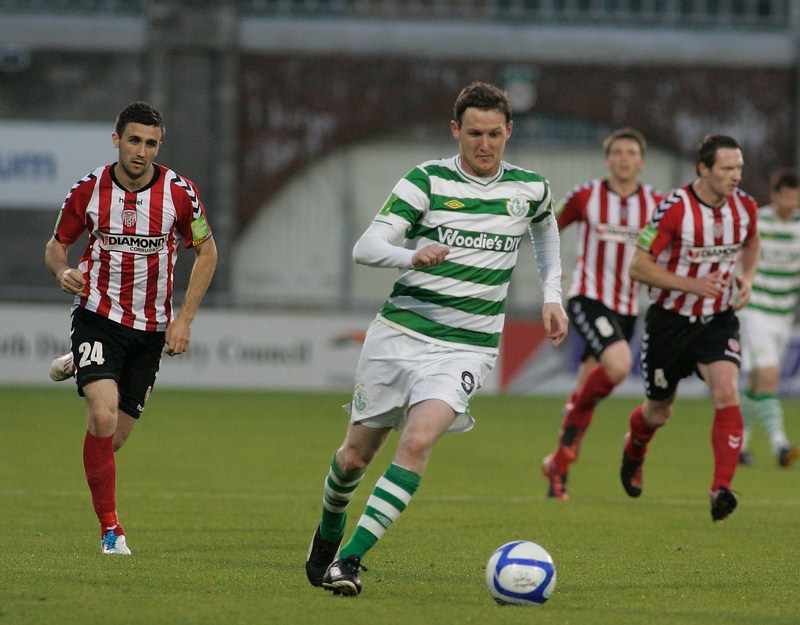 On a fine summer afternoon at Aviva Stadium, Shamrock Rovers' Robbie Keane lead his squad to their record 20th Irish Shield after a 3-1 victory over Derry City.

Winger Jim Mulholland got the Hoops off to a flyer by scoring a deftly executed on 8 minutes. Derry goalkeeper Gerard Doherty ensured things went from bad to worse for the candystripers on 32 minutes with an own goal. Dean Wittenburg pulled one back for Derry after 59 minutes with a placed shot. Sylvan Ebanks-Blake would close the scoring of the match in the 88th with an exicuted finish.
Login to Quote

Sorry that this notice is a bit late but we have some exciting news for you all. During the past few weeks we were able to get a grant to expand Tallagt tadium. The plan is to increase the seating by 3750 to give a grand total of 11250 seats in the stadium. During this time all matches will be played at the Aviva Stadium. All season tickets will be honored at the Aviva Stadium. Single match tickets will still be the same price and will be available at the box office at the Tallagt box office. Seating will be general admission, meaning you can sit where you want. 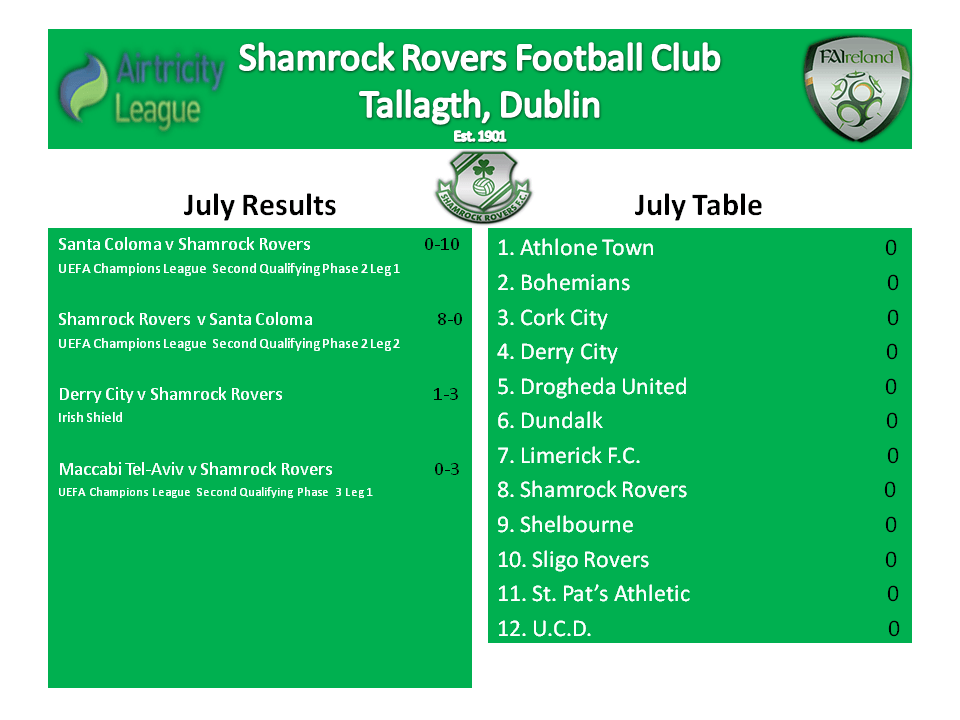 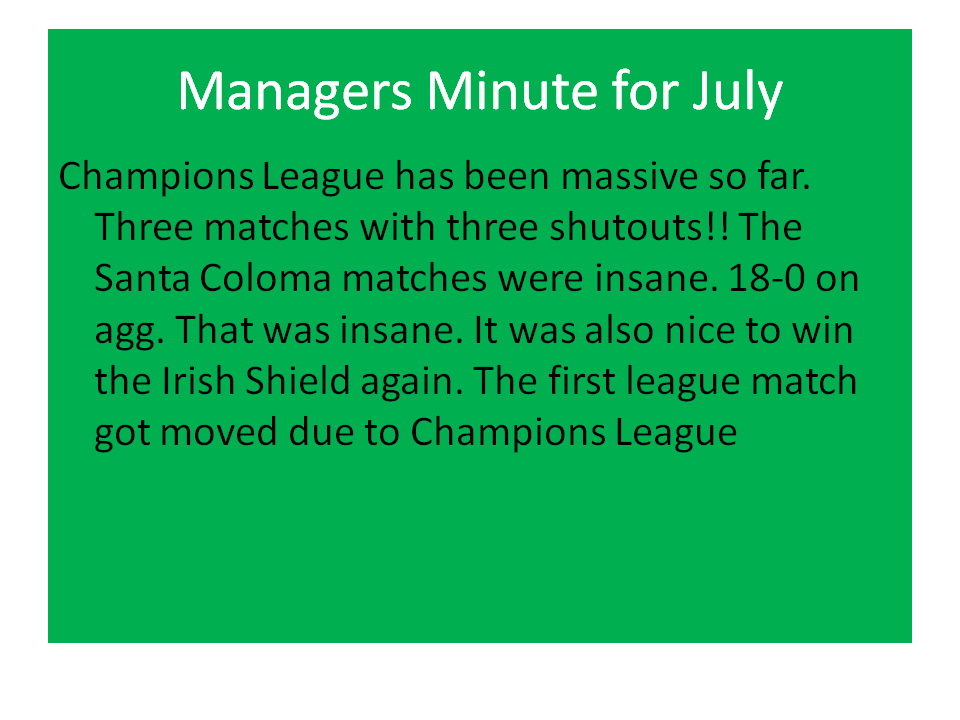 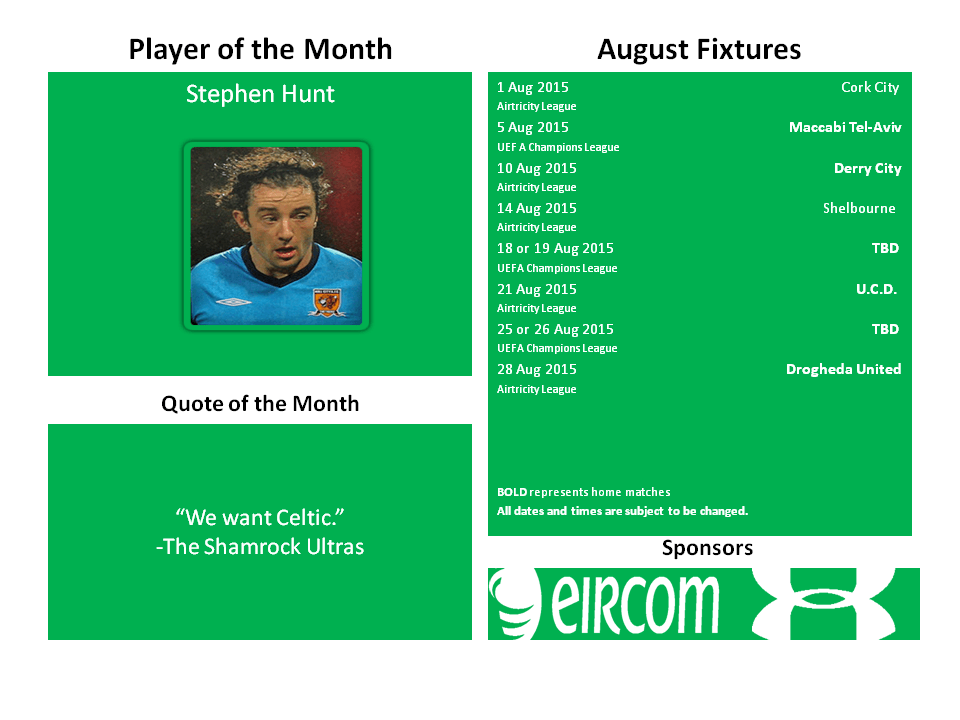