jasonvilla4ever: Thank you, mate. Much appreciated

k1rups
8 years
This is quickly turning in to one of my favourites here! Great work with Schalke so far and an interesting return to Sporting for you. I can see you coming through that group though with some strong transfers made
Login to Quote

The Sporting clash should be interesting indeed!

Jozef - Yeah, that was a bit of a shocker 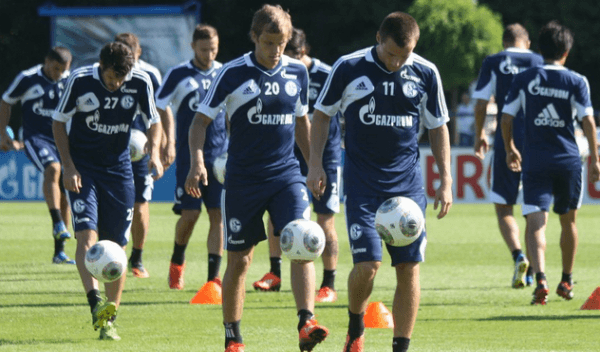 Schalke 04’s fine start to the season could soon be under threat after the emergence of split among the players and manager Diego Maradona.

According to reports in Germany, Felipe Santana and Lars Unnerstall are unhappy at not being able to leave Schalke in the summer, a decision that has also upset others in the squad.

With Maradona keen to keep the two as back up, the relationship between the Argentine and the two has since broken down.

Sources close to the German champions suggest the the atmosphere in training has been tense, with the squad in a state of silence.

Meanwhile some are supporting their two teammates; others are firmly behind the manager’s decision as the relationship among the players begins to strain.

With Santana named in the Schalke squad to face Sporting Lisbon for the UEFA Champions’ League Group Stage clash, Unnerstall has been left out of the journey to Portugal.

The German keeper is now very likely to be granted his wish of a January move, a decision that could scupper Ralf Fährmann’s rumoured transfer to Mainz.

Maradona and the board have refused to make any comment on the reported situation within the squad.
Login to Quote

Jozef
8 years
Oh dear, Could there be yet another move for Diego?
Login to Quote 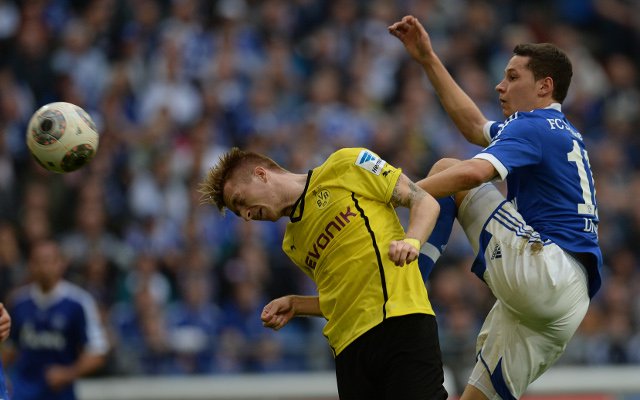 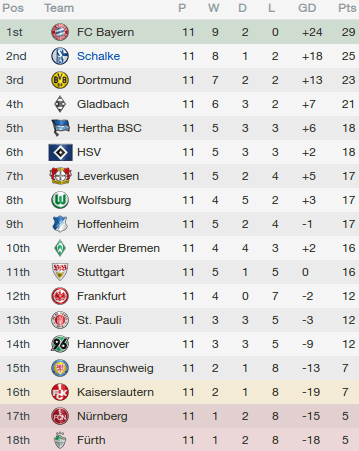 Schalke’s Player of the Month

We missed him greatly this month, but when he was involved, we looked a completely different side. Jovetic showcased in two of our best results so far, of which I feel we wouldn’t have been as successful without him. We really need to keep him fit!


October wasn’t too bad, but we can certainly improve upon it. I was devastated to have lost in the manner that we did to both Frankfurt and Hamburg. For the first time this season, it felt as though we lacked a purpose to be on the field. Performance like that cannot be tolerated. I would also have liked to have defeated Sporting but they are a tough team, as I know too well. The highlight was undoubtedly our other three big results versus Hannover 96, Galatasaray and Borussia Dortmund. Here’s hoping the latter result can really catapult our form into a new gear.
Login to Quote

Nick
8 years
Starting to lose slip on that top spot in the league, although you're doing well in the CL. I find Galatasary are pretty awful on this game!
1
Login to Quote 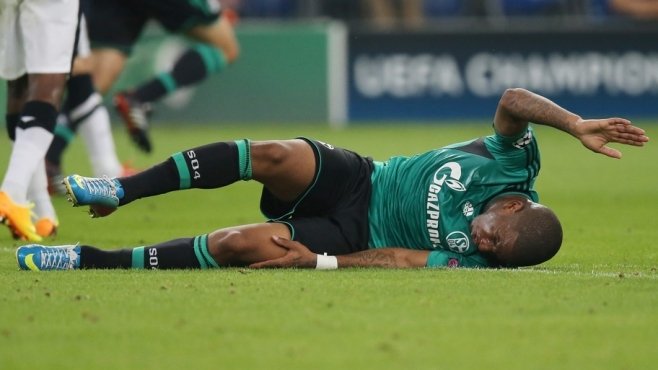 The Peruvian, who is rumoured to have been carrying a knock, will be out for the next two to three months with a hamstring injury.

After scoring seven and assisting six so far this season, Farfan will miss crucial games such as versus Bayern Munich for the Bundesliga and DFB-Pokal, as well as the rest of Schalke’s UEFA Champions’ League group stage campaign.

Schalke boss Diego Maradona insists his team will find it difficult without the 31-year-old, but hopes the depth in the squad can make itself apparent in Farfan’s absence.

”Farfan is clearly an important player for us and if you were to take (Xherdan) Shaqiri away from Bayern Munich or (Henrikh) Mkhitaryan from Borussia Dortmund, they too would find life tougher.

“He has been a key player for us this season but we must move on from his injury and look elsewhere.

“With or without Farfan, the tough games are still there. If we want to challenge for the title, we must believe the likes of Maximilian Meyer and Javier Pastore can excel while Farfan is away.

“This is why you aim to build a competitive squad with depth. I trust whoever deputises will do the job and make it harder for Farfan to return to the first team.”

Farfan is expected to return in February, which could see his comeback game come against Eintracht Braunschweig on the 3rd February 2016.
Login to Quote

bebero
8 years
Oo what injury! Too bad, I hope to recover soon. Very good results, you stand up there and that's good! Good luck
Login to Quote

No1VillaFan
8 years
They will rally round, your updates as usual are fanbloodytastic keep it up

PASTORE IN THE DUMPS

Schalke 04 manager Diego Maradona has admitted Javier Pastore is suffering from a lack of confidence following his summer move to Germany.

The Argentine, who signed from Paris Saint-Germain for £6 million in July, has failed to impress after nine appearances so far this season.

Maradona has revealed his compatriot is low on buoyancy after a torrid spell with PSG, but backs the 26-year-old to soon bounce back.

”It hasn’t been an easy transistion at all for Pastore because he’s come from an unhealthy environment to one where people are expecting him to stand out again.

“He’s still a bit cut up from his spell in France, so when you join a new club, it can be very difficult to get accustomed to being a regular option again.

“Sometimes when you aren’t mentally prepared to be called upon again, your below par or even satisfactory performances are enough to completely drain your self-esteem.

“That’s exactly what’s happen to Pastore. Sadly, he’s not playing to the best of his ability, and the culmination of that along with his period at PSG is taking its toll on him.

“Nevertheless, I believe that Pastore has all the capabilities to come out of this less fortunate spell and begin to deliver for us. He’s a great talent and overcoming this dark cloud will only make him better.”

Pastore, who assisted and scored once so far this season, is yet to complete the 90 minutes in a Schalke shirt this season.
Login to Quote