Switch
8 years
Jovetic, Meyer and Draxlar, what a great team.
Login to Quote 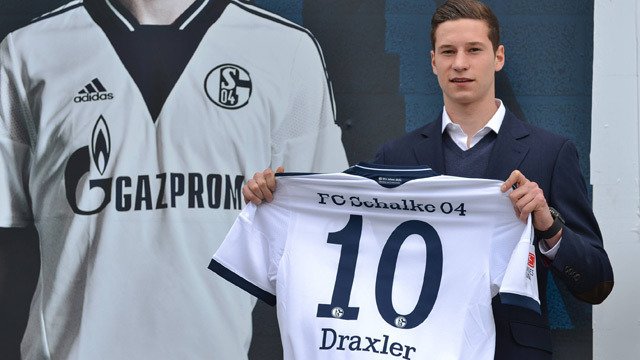 Schalke 04 talisman Julian Draxler has put pen to paper on a new five year contract following speculation of a move to Manchester United.

Draxler will remain in Gelsenkirchen until 2020 on £120,000 a week, disbanding his previous release clause of approximately £37 million.

The German international’s previous contract was set to expire in 2018, but he now renews upon the arrival of new boss Diego Maradona.

The speculation over Draxler’s future has been rife in recent weeks, with former boss Rene Meulensteen attempting to lure him to Old Trafford.

Arsenal and fierce Ruhr rivals Borussia Dortmund have also been snooping Draxler’s situation with the Bundesliga champions but the 21-year-old put a swift stop to the rumours, noting Maradona’s arrival as a fantastic reassurance.

”I’m delighted to renew my contract with Schalke, a club I hold wonderful memories of. Winning the Bundesliga last season was a particular highlight and I want to build on our success.

“Sometimes when you win such a prize such as the Bundesliga as an underdog, it can really play on your mind with regards to a move to another team.

“I refer to the likes of Ailton at Werder Bremen in 2004 or Edin Dzeko when he won the title with Wolfsburg. The interest will arise and you either jump ship or continue at your own risk.

“I personally feel I still have plenty to learn before moving and the arrival of Maradona confirmed my desire to stay here at Schalke. I’m ready for more success.”

Draxler was the centre of attentions as ‘Die Königsblauen’ totalled up 84 points on their way to the Bundesliga title, playing all 34 games and scoring contributing to 13 goals.
Login to Quote 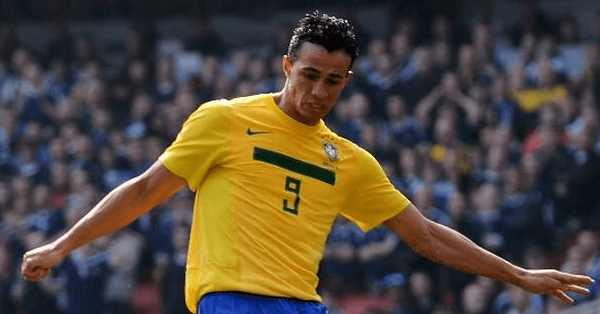 Schalke 04 has been given permission by Arsenal to speak to forward Leandro Damiao ahead of a move to Germany.

Schalke are yet to agree a deal but have been allowed to negotiate with Damiao before commencing talks with the club.

‘Die Königsblauen’ manager Diego Maradona is rumoured to be looking to strengthen his frontline, with Damiao headlining his wish list.

Damiao joined ‘The GunnerS’ for £5.75 million in 2013 from Internacional and has played a mere total of 19 Barclays Premier League games.

The Brazilian, who has 27 international caps to his name, struggled to get much game time ahead of Oliver Giroud and move to Schalke may cost in the region of £8 million.

The possible arrival of Damiao could mean that either Artur Sobiech or Ádám Szalai could be on their way out of Gelsenkirchen, with the latter alerting the likes of Norwich City and Swansea City.
Login to Quote 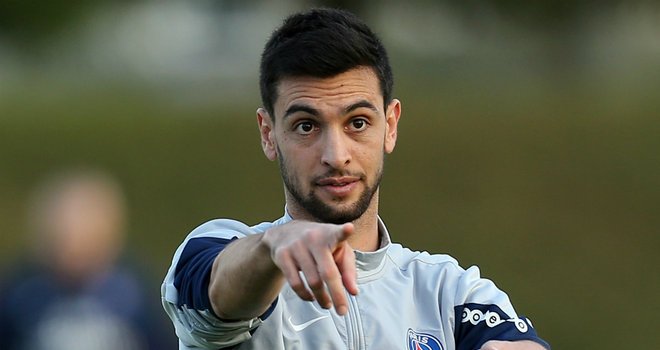 Paris Saint-Germain playmaker Javier Pastore could be ready to quit France in favour of a move to Schalke 04 this summer.

The Argentine has fallen out of favour with ‘Le PSG’ and has admitted he’s prepared to walk out on the club, with former boss and Schalke manager Diego Maradona favourite to land him.

Pastore stated that he was likely to move this summer, but meanwhile he’d like to reunite with his former boss, the 26-year-old is choosing to keep his options open.

”I think my time here at Paris Saint-Germain may be up but only time will tell what will happen in the next few weeks.

“I can’t deny that a move to the Bundesliga would attract me, in particular working under Maradona again, but I have to remain patient and see what happens.

“From a professional point of view, I’ve also always wanted to play in England and Spain so anything can happen at this stage.”

Pastore endured a frustrating season under the management of Andre Villas-Boas, playing just 12 times all season.
Login to Quote

Nick
8 years
Both would be good signings if you can get them!
Login to Quote

Schalke 04 duo Ádám Szalai and Tranquillo Barnetta have become the first players to leave the club this summer.

Szalai, who joined Schalke from Mainz in 2013, agrees a four year deal with Norwich City after the Germans accepted an offer of £8.75 million.

The Hungarian international enjoyed 20 Bundesliga starts last season for Schalke, scoring 12 goals in the process, but becomes the first player leave under Maradona.

Szalai’s departure could signal the arrival of Arsenal’s Leandro Damiao, with reports in Brazil suggesting the 25-year-old has agreed terms with Schalke and is only a fee agreement away from a transfer to Germany.

Following Szalai out of Gelsenkirchen is Barnetta, who joins Italian club Cagliari for a fee of £1.3 million on a three year contract.

The Swiss had spent three seasons with ‘Die Königsblauen’ but after appearing just three times in 2015, Barnetta ended up being placed on the transfer list by Maradona.

Barnetta came close to joining West Ham United, but the prospect of playing UEFA Europa League football with the Italian club proved to be too tempting for the former Bayer Leverkusen man.
Login to Quote

Rablador
8 years
Loving that graphic, and good riddance to you Barnetta. Not so pleased about Szalai's departure as I'm a big fan of him, but who am I to tell the great Maradona who to buy and sell

Trop
8 years
Sad to see Szalai go, £8.75 is a good fee for him though. Hopefully you can bring someone just as good in
Login to Quote

Schalke 04 has completed the signing of Lukas Podolski from Arsenal for a transfer fee of £4.5 million.

The German international has agreed a three year deal with Schalke, a contract that will see him remain in Gelsenkirchen until he’s 33 years of age.

Podolski will now make his long awaited return to German football, having represent Bayern Munich as well as FC Köln on two occasions.

Schalke boss Diego Maradona is happy to have concluded the signing of Podolski, but reveals he is keen to add a few more faces to his squad.

“Naturally, I’m pleased to have signed Podolski. He is a player I value a lot and one that I feel will add more bite to our team.

“I’ve managed against him before of course, back in the 2010 World Cup. I was very impressed with his direct style of play and clinical way of thinking.

“He has passion, he has charisma and more importantly, quality. I don’t think we’ll stop here either. I’m keen to add one or two more players before the beginning of the season but our capture of Podolski will be a nice boost.

The 30-year-old, who joined Arsenal in 2012, almost joined Schalke a year later, with Arsenal boss Arsene Wenger believed to be willing to include Podolski in a cash plus player deal for Schalke’s Julian Draxler.

Podolski, who appeared 21 times for Arsenal last season, could soon be joined by his former teammate, Leandro Damiao, with widespread reports suggesting the deal is currently being finalised.
Login to Quote 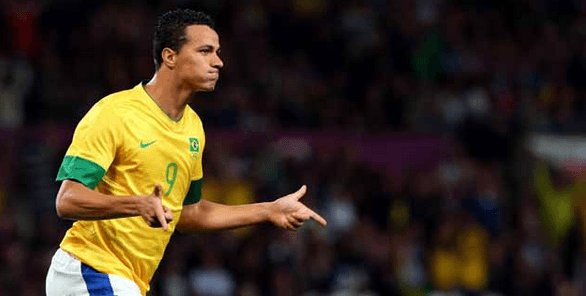 Schalke has finally completed the signing of Arsenal’s striker Leandro Damiao for a fee of £9.25 million.

Damiao signs a five year deal on £75,000 a week and has already set his sights on making a big impact in Germany.

“I cannot wait to begin a new phase in my career in Germany. The Bundesliga is a league that is developing at a fast pace and it’s a pleasure to be given the opportunity to play in it.

“I spoke to Luiz Gustavo and Dante before entering talks with Schalke and they had nothing but praise for both the league and the club.

“The most important factor, however, is first team football and I’m ready to fight for it here at Schalke.

After a frustrating time at Arsenal, Damiao’s most fruitful spell remains his period at Internacional, where he scored 58 goals in 97 games.
Login to Quote