All the best! Your pre season looks daunting haha

& Yeah there's some tough games to play.
Login to Quote

I recently got the full game and could not transfer the demo save across, meaning the friendlies have changed, please re-read.
Login to Quote 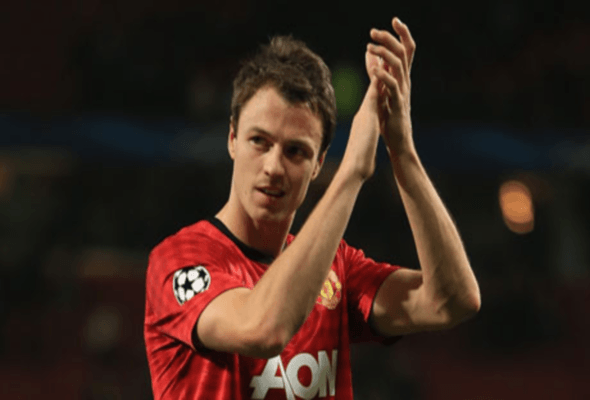 After days of negotiations, Manchester United finally agreed on a deal that will see Jonny Evans move to Stamford Bridge The agreement will cost Chelsea an fee of £19,500,000 for the 25 year old, who has signed a five year deal there.

The Northern Irish international has been with United since he was 16 and has had loan spells at both Sunderland and Antwerp. Evans has made exactly 100 appearances for the Red Devils, scoring 4 goals in his time there.

"Jonny is a top player, and all top players deserve to be playing week in, week out, and I can't offer him that at United." United manager Eric Cantona said.

This move came unexpected to all, as United are currently in a situation where they only have four centre backs that have Premier League experience, two of which are the ageing Nemanja Vidic, and Rio Ferdinand. New faces along the back four are expected to be brought in to United very soon.
Login to Quote

Slid3Tackle
8 years
that's a very good amount of money....he does not deserve that much! a very good deal!
Login to Quote

Jamesg237
8 years
That is a fantastic bit of business on your part. I've never rated Evans. Any plans to replace him?
Login to Quote

Jer
8 years
Great departure, never seen him as someone who can be a United player. Good luck with the new player you'll be bringing.
Login to Quote

TCO
8 years
Jamesg237: Thanks mate, and yeah, I have a player in mind.

Hortensius
8 years
not a single mention of seagulls thus far, nor of the hopp farmers of Alsace Lorraine? i am in shock. it will be interesting to see what new players you have lined up, if the new left footed cb isn't balanta i'll be amazed. it has to be said you've managed to get a cracking fee for evans
Login to Quote 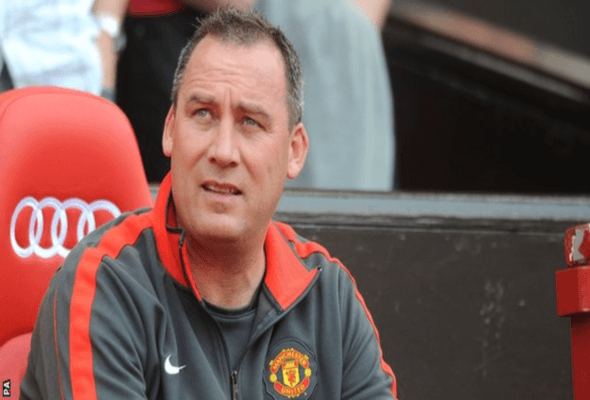 
After the dismissal of David Moyes, some of the United coaching staff have had thoughts about their future with the club too. Steve Round, Chris Woods, Jimmy Lumsden, and Phil Neville, all staff who David had brought him have officially announced their departures from Old Trafford with the appointment of new head coach, Eric Cantona.

The four of them had been instructed to announce their depatures, when replacements have come in. Eric Cantona has also had a move around with the Physiotherapists, and the Scouting team, bringing in higher qualified people to take over, meaning the majority of the current team will be leaving.

Mauro Tassotti, former AC Milan assistant coach will be the man to fill the gap of the assistant manager role at Old Trafford, Eric Cantona said Mauro is the best possible man for the job, and knows what he is doing when it comes to this sort of thing. Cantona also went onto say his reasons for bringing in such quality staff was to give each player the best possible chance of becoming a world class individual, on, and off the pitch.

The huge overhaul also sees former coach René Meulensteen return to the Old Trafford fold, after previously being dismissed by David Moyes. The fondness of the United players on René will surely increase the morale around the place.

Chief Scout Jim Lawlor has been given a new scouting team to keep control over. "To be the best, you've got to have the best." stated Cantona, "So scouts who are the best of the best are required at Manchester United, and so they have been." he added. The Red Devils have limited themselves to ten scouts as opposed to the fourteen/fifteen they once had, with only Antonio Lopez, David Williams, Nils Schmäler and Jim Lawlor keeping their places there.

Ryan Giggs has also been confirmed has a player/coach for the upcoming 2013/14 season, after refusing to become a full time coach.
Login to Quote

Jamesg237
8 years
I do think that Moyes bringing in his own backroom staff has been a reason behind the downfall of United this season. Good to see you have a bit more common sense.
Login to Quote 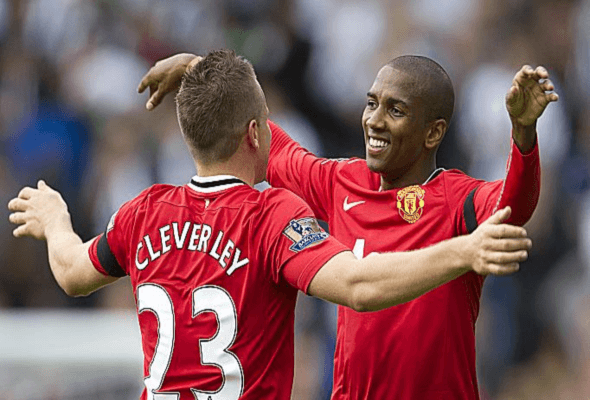 Englishmen Ashley Young and Tom Cleverley have come to the end of there time at Old Trafford.

Manchester United are ready to cut their losses on both Ashley Young and Tom Cleverley and will listen to offers for the pair during the summer transfer window.

Young enjoyed an impressive debut campaign following his £17,000,000 move from Aston Villa just over two years ago but injuries and a chronic loss of form had seen him fall down the Old Trafford pecking order.

Cantona and his backroom staff didn't see United quality in the home grown midfielder Cleverley, and decided selling him on would be most beneficial to him, and the club. The 24 year old enjoyed loan spells at Leicester City, Watford, and at Wigan, and despite performing well there, he never developed as he grew older, resulting in his probable departure from Old Trafford.

It is clear Cantona is removing all he sees as, 'deadwood' from the club, in order to get a feel as to how much he will have to spend on new faces that will be brought into the club, sources have suggested that Mehdi Benatia is close to making a move to United, as is Borussia Dortmund midfielder, İlkay Gündoğan, both would be solid signings for the club, who look to make improvements to the squad Eric has been left with.
Login to Quote