Josh_MU
8 years
Good riddance to them, no where near the class that Manchester United players should be.
Login to Quote

TCO
8 years
Hortensius: The seagulls will come soon my friend

You'll have to wait to see about Balanta, maybe he will, maybe he wont

Yeah it's a fantastic amount for him!

tallery1164: Absolutely no idea why they would want him, but for that amount of £££ I ain't complaining.

Shouldn't have gone in the first place!

Jamesg237: I agree, he turned United into Everton!

Josh_MU: Never going to be near United standard, might as well be off!
Login to Quote

It has been confirmed that Southampton have taken some keen interest in Manchester United duo, Ashley Young, and Tom Cleverley. The two had been listed for sale by the champions, and have allowed bids from other team to come in.

Pochettino, the current boss at Saint Mary's, told us he has had his eye on both of them, and should it be allowed by the board, bids will be placed on both the Englishmen. The Argentine may struggle with the capture of both players as United are unlikely to sell to a same division team.

No other teams have seemed interested in the players, so Eric Cantona may have no other choice but to sell to the Saints, to receive the money.

"A move to Southampton would be a change for me obviously, playing for a European giant such as United, will be different playing for a team who is in no European competition, however Southampton have on of the best set ups in this league, and I hope the speculation, results in a formal bid." Replied Ashley Young, when we questioned him about the rumor.

Southampton wonderkid Luke Shaw has been on the mind of Manchester United for a long while, could this interest result in getting what they finally want?
Login to Quote

Paul Pogba, the one that got away. 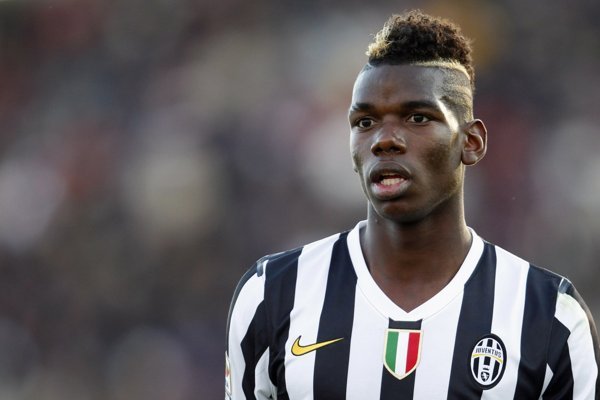 
Midfield crisis' have always lurked in the shadows of Manchester United. Last season, under the reign of the man responsible for his departure, midfield maestro Micheal Carrick rarely had a consistent midfield partner beside him throughout that campaign, and many eyes turned, and still do turn to Sir Alex Fergusons biggest mistake in 26 years.

Paul Pogba. Many saw him as a greedy teenager wanting to start every game, and rake in the cash for himself, others saw him for what he is, an exquisite talent. He is the box-to-box midfielder that Manchester United so desperately need for the upcoming season, with Darren Fletcher missing most of the season, and Tom Cleverley on his way out, Michael Carrick is stuck by himself. Again.

The Patrick Viera-esque wonderkid has shown not only Juventus what he can do, but the whole world, 27 games for the Bianconeri last season, contributing 5 goals too. Manchester United will no doubt be in disbelief they let him go so easily, however with a gap to fill, and money to spend, the one that got away, might be on his way back.

And yeah, too bad Ferguson let Pogba go, one of his bigger mistakes.

Good updates mate, keep it up!

TCO
8 years
Neal: Yeah I know ahaha :p & It's shame, would have turned out a quality player. Cheers man!

Josh_MU
8 years
Pogba is great but I don't think he'd be the player he is if he stayed as he probably wouldn't have got lots of first team football like he did when he joined Juventus. Overall, another great update!
Login to Quote

Jer
8 years
Conte shaped who Pogba is, taught him a few things, but let's not forget that the staff over at the Juventus Stadium deserve their fair share of credit! Will you be trying to swap Young for Shaw? (Should try to swap Young for Shaw and Cleverley for Lallana, imo)
Login to Quote

TCO
8 years
Josh_MU: That's the point, I wish Fergie had given him game time just to see if he did turn out similar to him now

Pauker: Yeah of course they've made him who he his now, but the staff at United (before Moyes brought his bum boys in) could've made him just like that.

You're along the right lines with the Young, Shaw, Cleverley thing

?lkay Gündo?an has completed his £25,000,000 move from Borussia Dortmund to Manchester United in a transfer deal that is vital for the reigning Premier League champions.

The German midfielder had a medical on Saturday and has signed a contract, understood to run until summer 2018. Gündo?an, 22, is likely to make his debut at home against Zenit in a friendly on Wednesday 10th July.

"The time has come for a new challenge," ?lkay said. "I am excited at the chance I have to be part of the next phase in the club's history."

He added: "Borussia is a top club and I have many friends there but you cannot turn down the chance to join Manchester United. I look forward to helping the new manager and the team be successful in the coming years."

Gündo?an, capped only 7 times by Germany, will be unveiled at a news conference with United boss Eric Cantona the day before Uniteds first game.

He scored only 6 goals for der BVB and made 57 appearances for both the Dortmund first, and second team

"?lkay is one of the finest footballers in the game today and it's a real pleasure to have secured his signature," said Cantona. "He's been instrumental in Dortmunds success, with a notable amount assists and in his two Bundesliga seasons."
Login to Quote

Josh_MU
8 years
ILKAY! Such a great signing mate, him and Fellaini in midfield will be class.
Login to Quote

TCO
8 years
Pauker: Cheers mate, yeah I hope he does for United!

Josh_MU: Thanks man, I hope they work well together.
Login to Quote