Jer
5 years
First call-up to the senior side, in the Euro's? Must be flattering.
Login to Quote Alex Oxlade-Chamberlain scored a hat-trick as he helped his country overcome the strong challenge of Croatia in the first matchweek of Group E.

After England arrived in France, they had to immediately start to prepare for the upcoming challenge of Croatia, who look very dangerous with some exceptional, high quality players such as Mario Mandzukic and Luka Modric and England will need all the time they can get to make sure their preparation is complete.

Pre-match Hodgson spoke about his decision to call up debutee Nick Powell, who has already had a very impressive season at Manchester United, and told the media that the youngster may get a start as soon as the game against Croatia.

Hodgson decided to leave out Nick Powell but has named a very strong team with the likes of Adam Lallana and Henderson, who really impressed in the World Cup campaign starting, as well as young James Ward-Prowse getting a rare start in midfield hoping to impress Hodgson.

As for Croatia, they are starting some of their big names with captain Luka Modric playing in an advanced role and young midfielder Mateo Kovacic also getting a start in midfield, however they leave Rakitic on the bench who had a prolific campaign for Croatia in the World Cup.

Croatia kicked off and kept it simple within the first couple of minutes, keeping hold of possession nicely and not taking any risks. Modric was very lively around the England penalty box and Croatia immediately almost found an opening and Kovacic slid a ball through to Luke Modric, and the Real Madrid midfielder almost put his team in-front but dragged his shot just wide of the post.

Croatia tried to notch up the pressure from that early chance but Gary Cahill expertly regained possession and played it forward to the new captain Adam Lallana, and the Southampton star ran at Glavas and easily bypassed the full backs challenge, he hit the ball to his left where Alex Oxlade-Chamberlain was advancing, and the ball kindly bounced infront of him and he struck it sweetly with great technique and saw it fly past Subasic in the Croatian goal making it 1-0 to England within the first 5 minutes.

Croatia tried to get on level terms however they struggled to find a way past England's midfield trio of Phil Jones, James Ward-Prowse and Jordan Henderson, who forced Croatia into playing it simple and boring around the back of their defence, however Kovacic started the game very well and drifted the ball over the England defence towards Mandzukic but the Bayern forward was offside by miles.

Oxlade-Chamberlain then got his second as Danny Welbeck came deep to collect the ball off Gary Cahill, and the Manchester United forward advanced forward finding Jordan Henderson who was on the right, Henderson then skipped past a challenge and swung in a deep cross into the back post where Oxlade-Chamberlain ran onto and leaped higher than Corluka and headed the ball into the top right hand corner to make it 2-0 England. Alex Oxlade-Chamberlain had the most touches of the ball than anyone else in the first half, as well as scoring two great goals.

Croatia tried to get a goal back to make England nervous and they had their best chance of the match as Steven Caulker slipped on the ball which allowed Mandzukic to steal the ball and run at goal, you'd put money on the big Bayern striker scoring but he tried to improvise and curl the ball high and dip it down over Joe Hart but the England keeper simply caught the attempt and cleared it up to the England midfield which left Mandzukic very frustated.

Then Oxlade-Chamberlain completed his hat-trick just before half time as Welbeck found Ward-Prowse in an advanced position and the Southampton midfield steadied himself and fed the ball into Oxlade-Chamberlain, who was full of confidence and he flicked the ball up and half-volleyed it into the bottom right hand corner to complete his hat-trick which he celebrated with his team-mates, in which the referee blew for half time with England leading 3-0.

England kicked off leading by 3 goals and looked to set up more defensively. Henderson was in-control in midfield as he found numerous team-mates with some delightful passes. Croatia seemed to push up more and try to win back possession in Englands half, however the midfield kept a cool head and were able to pass the ball out of danger to advanced team-mates.

England were really dominating possession but they didn't seem to want to attack as much as in the first half due to their 3-0 lead, with the only advanced players being Danny Welbeck and Oxlade-Chamberlain, however Henderson drifted a lovely pass towards Welbeck who took a great first touch and hit the ball on the volley but it whistled over the bar.

Croatia pushed men forward and almost scored as Modric found Mandzukic with a beautiful chipped pass and the Bayern Munich forward was through on goal, he took a great touch and struck a menacing shot towards the bottom corner but somehow Joe Hart dived far and low to his right and tipped away the attempt. Joe Hart has kept the most clean sheets in the Euro 2016 qualifiers than any other goalkeeper in the world.


Croatia pushed on to try and find the winner but yet again Joe Hart saved England from conceding a goal as he sprung up to his left and punched away a fierce shot by Mateo Kovacic who had advanced from midfield and teed up a shot nicely with a good touch but he couldn't beat the shear class of Hart.

Croatia were still trying to get a goal but they could not break through and the referee blew his whistle to signal full-time of England's first Euro 2016 Group E match by beating Croatia by a very good 3 goals to nil, with Alex Oxlade-Chamberlain putting in the best performance of his career. 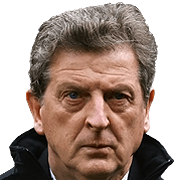 "It's a great way to start our campaign, especially by defeating a team of Croatia's level by 3 goals. Alex [Oxlade-Chamberlain] produced a sublime performance that he should be very pleased about. It was a great team performance and I hope this inspires the lads to continue this kind of football in the next match."
Login to Quote Hodgson has told the media after the 3-0 win against Croatia that hat-trick hero Alex Oxlade-Chamberlain, is already a 'world-class player'.

After Oxlade-Chamberlain netted his first England hat-trick, his manager Roy Hodgson has labelled the winger as 'world-class' as he spoke to the media after the Croatia game, with the main question being about Alex Oxlade-Chamberlain and his performance against Croatia.

"Alex is world-class. The way he performs on a football field tells me just how good he is. He's a hard worker when it comes to training and has a 'never say die' attitude towards the game. What you all saw against Croatia is just a glimpse of what he can do, he's an absolute pleasure to work with and deserves all the plaudits he's getting." Hodgson told the media sitting next to captain Adam Lallana.

"I'd like to reiterate what the gaffer just said, coming from a players perspective, he's a very good, hard-working lad and we get along very well. He's very disciplined and composed and ultimately a pleasure to work with." Lallana said to the media following Hodgson's comments. Alex Oxlade-Chamberlain has a very good working relationship with Roy Hodgson according to the winger's agent.

Oxlade-Chamberlain has performed very well for his club and country, getting over 5 goals and 5 assists for both England and Arsenal this season, and is attracting interest from moneybags Monaco for a potential transfer to the Ligue 1 champions.

England's next game is against Norway and Oxlade-Chamberlain is expected to feature in the game once again after putting on some very impressive performances in an England shirt, with the winger most likely being partnered with England captain Adam Lallana on the wings.
Login to Quote

STFCDan
5 years
I'll dig out my oxlade-chamberlain shirt for the next home game!
Login to Quote

Nick
5 years
He's been really good for PSG on my save. Thankfully he's sh!te irl

Haha, he's been class! Thanks for the comment man!

Thanks man, it was a great victory.

Well guys, I'm sorry to say this but as I mentioned earlier in the story, this story will be on hold. Why you ask? Well I've got some very important exams coming up, starting tomorrow and I need to focus on them rather than worrying to get updates out.

It's a shame really because this has been my most successful story but I guess all good things come to an end.

Thank you everyone who has followed this story, your support has been phenomenal!

Tallery
5 years
Good story, shame it's on hold, good luck with those exams, but what font is it in the banner above?
Login to Quote


I don't know about the font, maybe ask Nick? Anywyay thanks for wishing me luck

pompeyblue
5 years
YESSSSSSS, PLSSSSSSSSSSSSSSSS! Wait...why? Your Stockport story has been going so good, don't give up on that. Unless this is all just a troll


This .gif is single handedly better than all of Dave's stories combined.
Login to Quote


This .gif is single handedly better than all of Dave's stories combined.