http://i.xomf.com/srbbn.jpg
Huddersfield Town produced a stunning counter-attack as they beat Chelsea 0-2 to lift the Capital One Cup at Wembley.

That's it! Adriana Vega has won his first trophy in Europe, her first for her career, and Huddersfield have won the League Cup for the first time in the club 108 years history. There's a fair bit of honour in defeat for Chelsea. Their gameplan was excellent, they put it into practice excellently, but there was nothing anybody could have done to survive the volcanic eruptions of sheer class from Sebastian Coaste and Will Hughes that completely changed the match.

Huddersfield threatened a major shock when Sebastian Coates (25) gave them a half-time lead with a superb header and Will Hughes (59) make it two with solo run effort.

Chelsea created the first noteworthy chance of the game on twenty minutes when Willian fired in a shot from 25 yards which Diego Alves did well to push away. A five minute later Huddersfield stunned Chelsea by breaking the deadlock with a superb header from on-loan defender Coates.

There looked very little danger to Huddersfield when Azpilicueta played a square ball to van Ginkel 30 yards from goal, but the midfielder unleashed an unstoppable curling shot into the top corner past Alves.

Less than a minute later Huddersfield turned the game on its head with another brilliant goal through Hughes.

Will Hughes, Huddersfield midfielder
I am very happy with team performance, how well they defend and counter attacking also protecting the lead. We no complete the job yet, I want to win the league but it depends how sharp we are, how we prepare mentally and physically.

Our target was always to win something, but for us the League Cup is not enough. The Premier League was always our target, so now we need to do be at our optimum levels when Man United come to our stadium in the first match on march.
Login to Quote 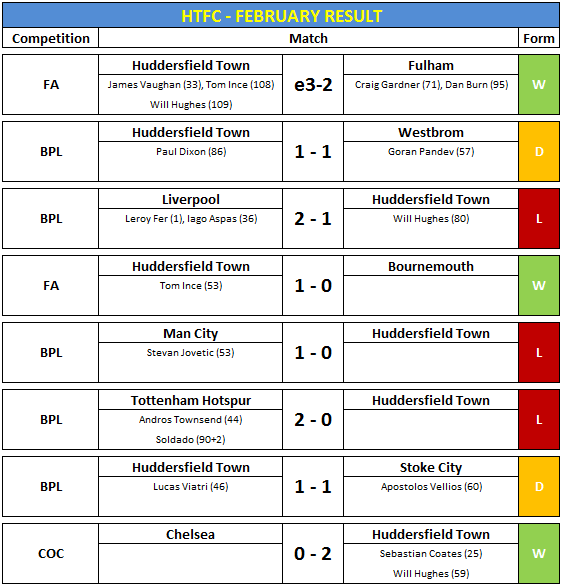 Jamesg237
7 years
Congrats on the Capital One cup win. Any chance of an update on the league situation?
Login to Quote

kernel
7 years
Jamesg : Thanks mate. Yes, already write in on notepad and will be released soon.
Login to Quote

Huddersfield go to semis after beat Westbrom at The Hawthorns

http://i.xomf.com/vswgm.jpg
Huddersfield stayed on course as they secured a place in the FA Cup semi-finals with five goals thrilling over Westbrom at The Hawthorns

In a quarter-final that was closer than the emphatic final scoreline suggests, Matias Fernandez gave host an early lead but Argentinian youngster, Victor Linas tapped in from almost on the goalline to equalise for Huddersfield before half-time.

In the 57 minutes, Mike Dean given the host a penalty after Sebastian Coastes handball in the penalty box but Diego Alves saved it. Jonas Olsson who got free position when Westbrom take a corner scored with the close range header in the 75th minute to give the hosts a lifeline. Who were in the game for so long - but there can be no question Huddersfield deserved to win.

FA Cup semi-finals draw will be held on Wednesday.
Login to Quote

The Cottagers took a shock lead through Jon Williams but were unable to keep Huddersfield out as they fell under ever-increasing pressure and were beaten twice in the space of as many minutes by Timothy Derijck and Memphis Depay.

Paul Ince's men refused to throw in the towel, though, and grabbed a stoppage-time leveller through Bryan Ruiz to pile more pressure on beleaguered Huddersfield boss Adriana Vega

Fulham took the lead on 22 minutes when Williams was allowed to drift untracked down the centre of the field and cushion a perfectly-weighted pass from Scott Parker past Diego Alves and into the bottom corner.

The visitors were then faced with a Huddersfield heavy pressure, which saw them pepper the penalty area with high tempo short passes, and their resistance was finally broken 48th minute when Timothy Derijck converted from close range.

Depay then steered a 20-yard drive into the top corner two minutes later to turn the game on its head, but there was to be late drama as Diego Alves parried a Helenius shot and Ruiz stooped to turn the ball into an empty net.
Login to Quote

The other semi-final pits Tottenham fierce rivals Chelsea against QPR, who earned their spot at this stage after beating Aston Villa 0-4 at Villa Park. 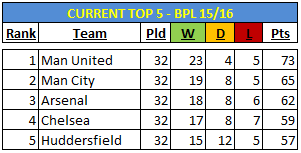 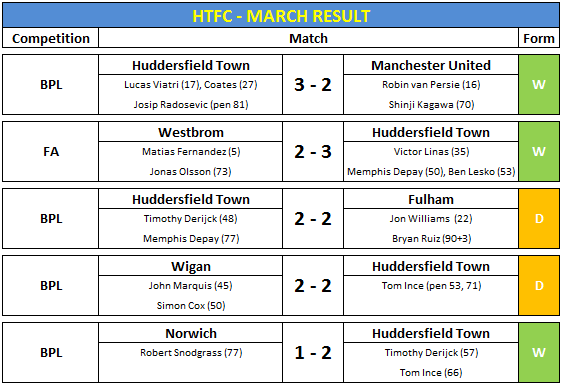 Manchester United lodged a last £17m bid for the 24-year-old former Blackpool on Monday but, according to the Huddersfield boss, the player wants to stay for now.

Adriana Vega, Huddersfield boss
I know he has received offers from other teams, but Tom has told me he wants to stay here. He has told me it is his dream to stay with Huddersfield.

He doesn't want to go to other teams for money reasons or playing time. He knows there is competition for places here, but his decision is to stay. I am relaxed about the situation. It is a good sign that the club gets offers for our players, it shows we have players other teams want. But Tom wants to stay.

Fabregas has played 66 times in two seasons with Huddersfield, give 23 goals and 14 assists.
Login to Quote

http://i.xomf.com/qpcpx.jpg
The players ran to Sebastian Coates and ensure their place in the final

When it was all over, after a penalty shootout incorporating five successful attempts out of 5, Adriana Vega's players were in a victory scrum in Hugo Lloris's goalmouth and Tottenham Hotspur will have to reflect that, realistically, their chances of silverware might be over.

They lost a battle of endurance and there was something about the manner of those penalties that tallied with what has happened to Tottenham. The problem for Tottenham was that Mousa Dembele was the only player in white to put the ball out off the target. Tom Ince, Will Hughes, Josip Radosevic, Oliver Norwood had beaten Hugo Lloris and the last penalty is Sebastian Coates ensure their place in the final.

It was an epic finale before Huddersfield sealed their place at Wembley and a final against Chelsea. Both team had taken the match into extra-time courtesy of a first-half goal from Will, Coates and Rhodes, in an extraordinary 60 seconds, both teams scored in the final moments of the additional 30 minutes.

Oliver Norwood, Huddersfield midfielder
We did everything within our power to get through to the final and we deserve to be there, as do Chelsea. Tottenham have equalized when we are lead the goal scoring We had to work so hard in order to find ourselves playing the type of game that suited us.

Tonight was the result of a big collective effort. We generated that possibility of us reaching a beautiful final. It was a smashing game in the first half, tactically speaking, until the first goal opened it up. They had the a lot of chance but we managed it.

Adriana Vega, Huddersfield boss
Beautiful match I've ever seen in my career, the game full of tension as Tottenham put us on the high pressure. In the end, the team show they real spirit.
Login to Quote

The Capital One Cup champions 15/16 have edged ahead of Juventus in the battle to capture the St Etienne skipper Kurt Zouma, who is expected to leave Stade Geoffroy-Guichard this summer.
Huddersfield town are leading the €18 million race to sign St Etienne youngstar Kurt Zouma, BBC understands.

The Terriers have edged ahead of Juventus in the battle to capture one of the highest-rated youngsters in Ligue 1. Huddersfield are prepared to spend upwards of €18m to capture Zouma - even if Sebastian Coates accepts the club's offer to extend his loan beyond this season.

Zouma has had an outstanding 15/16 campaign for St Etienne, had 135 apps 10 goals since first debut in St Etienne.
Login to Quote

http://i.cubeupload.com/Slleux.jpg
The players celebrate their first goal after winning 3-0 at The John Smith's against Man City

Goals in the first half-hour from Adam Hammil and second half by Tom Ince and Oliver Norwood as they claim, revenge successfully.

Determined to revenge their last four meetings loss to the Citizen in all competition, Huddersfield followed their coach's attacking orders and were soon in front after Jonathan Hogg, on the right flank, picked out Will Hughes run into the centre. The England youngstar cut back for Adam Hammil whose first touch edged Matija Nastasic out of the picture, leaving the winger free to poke a finish under Joe Hart.

That a second Huddersfield goal would arrive as the half progressed appeared inevitable, and so it proved, with Tom Ince, driving a low left-footed shot into the corner of the net from the edge of the area.

Cristian Tanase whipped free-kick would have brought more but for City's alert No1 while, at the other end, Koen Casteels dealt with Christian Benteke's testing effort. As the rain poured down, and after opportunities were spurned in both boxes, Norwood showed the way, accepting Lucas Viatri's through pass before applying a clever finish in the 79th minute.
Login to Quote

http://i.xomf.com/vswgm.jpg
Plans already arranged for victory salute, this is the first time since 1922

Huddersfield are planning to hold a victory parade through Town streets should they beat Chelsea in the FA Cup final, despite club waits after their first FA-Cup in 1922.

Arrangements need to be made for a bus parade well in advance of the actual date and, although manager Adriana Vega has told the players not to think about the FA Cup final before the Premier League last match against Arsenal at Emirates, a club decision had to be made on a potential victory parade.

FA-Cup final against Chelsea will be held on Saturday, May 14th at Wembley Stadium.
Login to Quote

kernel
7 years • Edited
Sorry guys, my image sharer is down. So there is some previous highlight image maye did not show. I hope it will be fixed as soon as possible.
Login to Quote 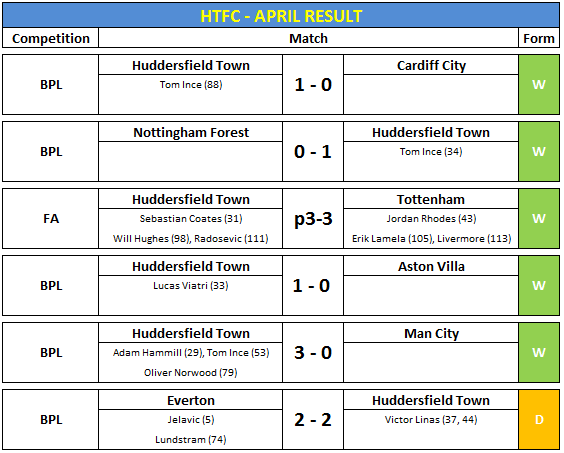