Josh_MU
8 years
Great win man! Hopefully winning that trophy will help spur on your team to promotion!
1
Login to Quote

Justice
8 years
Pauker, even Arsenal doesn't want to be Arsenal!

AaronHJFT96, yes you should have

NVDTahir
8 years
Lovely story so far mate, I hope this goes as far as the Vauxhall one! I've been reading this from the start lol but couldn't comment

FA Trophy: The First Of Many 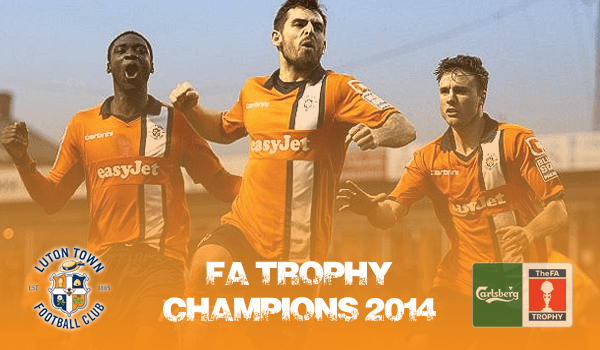 The scenes at Wembley were glorious for those who supported The Hatters, as they lifted their first trophy since 2009, and the FA Trophy for the first time. A delighted Ryan Ferguson (Luton manager) said it was a dream come true for him, and promised the fans many more cup final days like the one they had just experienced.

Ryan Ferguson: &amp;quot;I am absolutely over the moon! The performance by the players was amazing, the fans were amazing, this final was amazing. I don't think that it could have gone any better, to be honest. We worked our socks off in the build up to this final, and the players performer when it counted. All credit has to go to them, what a game!

This is my first experience winning a trophy, and it is one that I will cherish forever! I said before the game that winning trophies at Wembley is what every kid grows up dreaming about and today, I have lived that dream. Today we fulfilled the dream of every Luton player, staff member and fan with this amazing trophy win. We will celebrate tonight, and cherish this for a long while to come.

How could we have done this without the fans? 30,000 fans travelled from Luton to watch this final and to cheer us on, we can't ask for anymore than that. We have the best fans in the world, and we owe them everything. The fans deserve cup final days like this, and I can promise them many more in the years to come, just have faith in us to deliver.

Today we celebrate, tomorrow we get back to work. We have won the cup but the season is not over yet. We have seven games left to play, and we will play with the hearts of lions in each and every remaining fixture. We won't get ahead of ourselves, we haven't won the league yet. Tomorrow we forget about this game, it's gone. On Wednesday we go to Grimsby and play exactly the same, we will treat every remaining game as a final. That is how important football is to us!&amp;quot;


Sorry, couldn't help but throw the video in there!

Arch Mon
8 years
Congrats on raising the FA Trophy in your first season! This is a surprisingly strong side for a Skrill team. I don't think you would have any trouble competing two leagues up with your current squad.
1
Login to Quote


With the league title in our sights and an FA Trophy final to play this month (which we won), March was certainly an exciting month of football for Luton Town fans! How did we fair in the league this month? Let's find out!

The month started very brightly for us as we demolished Alfreton 4-1 at home but we were instantly put on the back-foot after with two consecutive draws. With the FA Trophy final just a week away, we knew we needed to pick ourselves up against Chester, and we did with an emphatic 2-0 victory. The Wembley final was a massive game for us and a Jake Howells-inspired performance was enough to see us win our first ever FA Trophy, my first trophy as manager and Luton's first trophy since 2009! With the cup already in our trophy cabinet, we turned our attention back to the league but a promotion-chasing Grimsby shattered us at their place. However, we were determined not to let our lead in the league slip and a Cristian Montaño brace was enough to see off a hard-fighting FA Halifax side. I'm happy with our results this month, as we achieved what we wanted, which included a trophy win. Hopefully we can have more trophy-winning months such as these in the future! 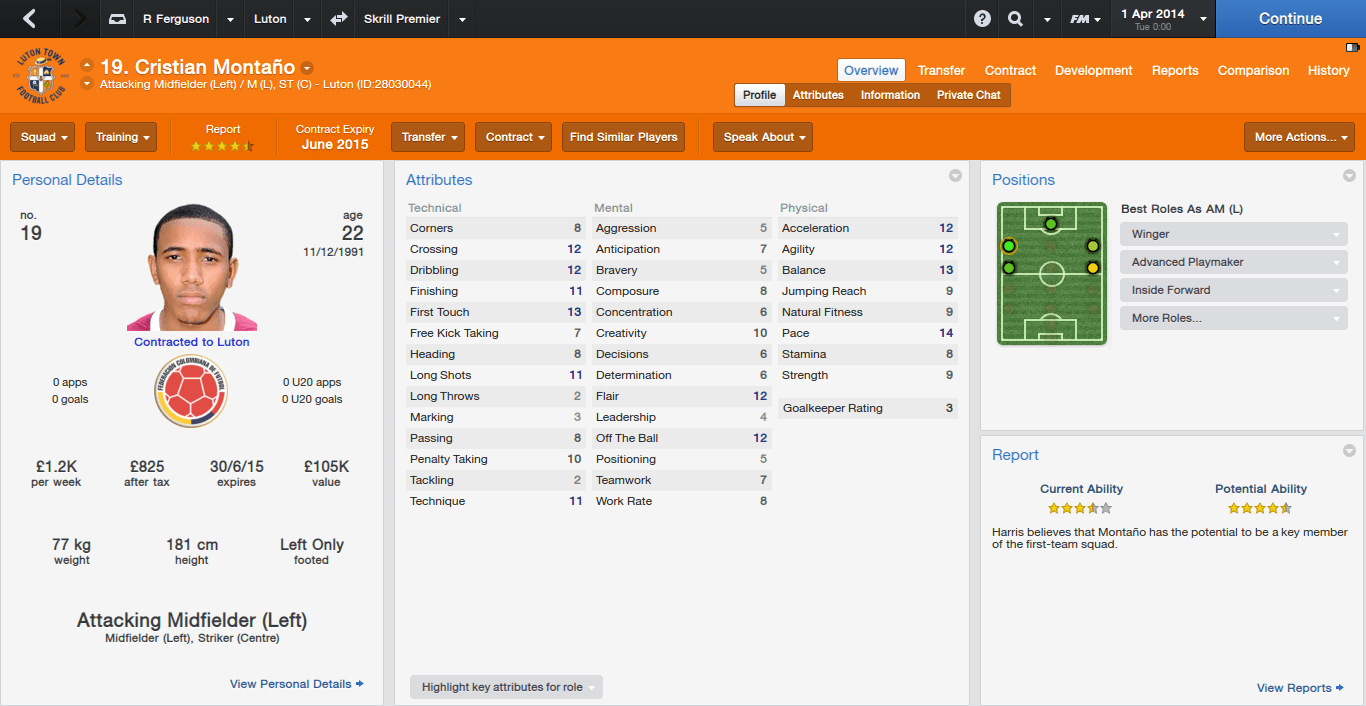 You could argue that there were better performers this month, including Jake Howells, but Cristian Montaño ignited our potentially title-winning run with four crucial league goals this month. He has managed to pull the rabbit out of the hat on so many occasions this season and he is truly a class above the others around him. Hopefully he can fire us to the title! 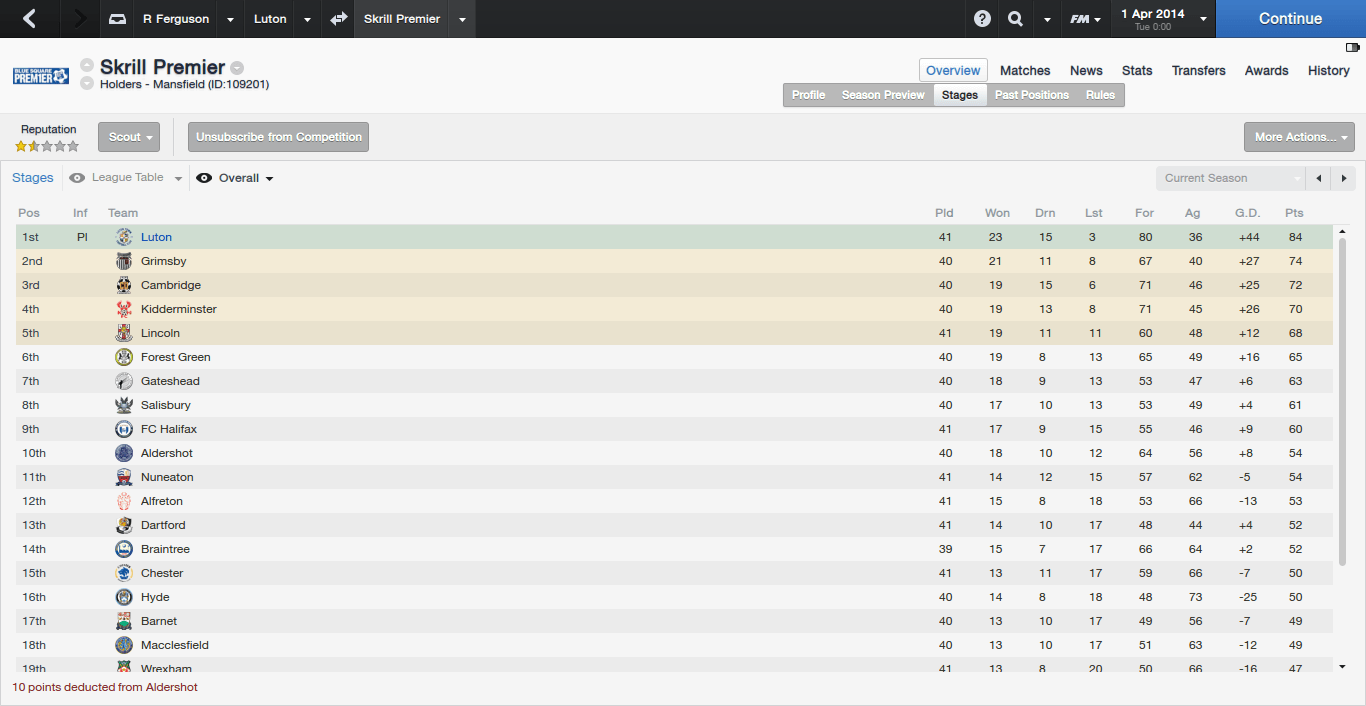 Surely the league title is ours now! We have a ten point lead over second-placed Grimsby, despite their game in hand. We don't even need to perform consistently in our final month of football this season to confirm the double win. However, we cannot afford to be complacent. After all, anything can happen!

Nine points would secure the title for us, and nine points is my target for the month of April. All of our games are against mid-table teams, so hopefully we can take advantage of this. If we can win the league as early in to the month as possible, it will have been a fantastic achievement for us. Hopefully we can do it!

Josh_MU
8 years
Another great update, you're doing incredible in the league!
1
Login to Quote

I will say two wins and a draw and the title is almost certainly is yours. To be fair, if someone like you dropped a 10 point lead in five games I'd be v.surprised

Walter
8 years
100 Replies!! Justice you are steamrolling the league, and Montano has been brilliant for you (helps he's South American!;))
1
Login to Quote

Justice
8 years
Josh_MU, thanks mate hopefully we can win it

AaronHJFT96, I knew you would notice it 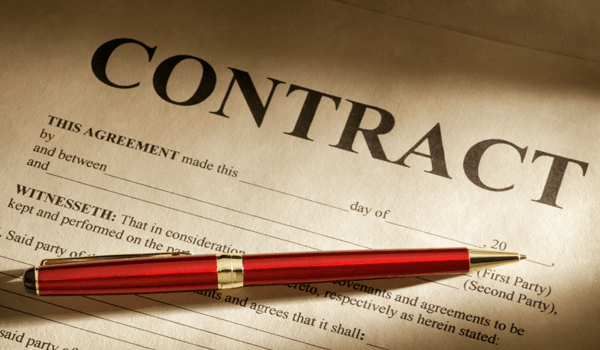 Luton Town's young manager Ryan Ferguson has put pen to paper as he extends his contract with the club for an additional year. The twenty-six year old Liverpool-born manager had just three months left on his current deal, but leading his team to a first trophy win in five seasons (FA Trophy) and most definitely promotion has persuaded the board in to giving their young, fiery manager an extra year at the helm of The Hatters.

Nobody can doubt this young man's managing ability, based on his debut season, as he stunned the Skrill Premier with master tactics and the confidence of veteran. Despite his team appearing as favourites to win the Skrill Premier this season, action still had to be taken to ensure this, and Ryan Ferguson took the action with sublime skill. He has laid down the foundation for the future with what will surely be a double-winning successful season.

Ferguson has made it clear in the past that his long-term ambition is to stay at the club and guide them all the way through the English football tiers to the Premier League and, if they can secure promotion next month, they will be one step closer come the end of the season. Luton has come on in incredible leaps and bounds, and have given their fans hope of a revolutionary revival which has only ever been discussed in dreamlands foreign to our world.

The season is not yet over and Ryan Ferguson will be looking to ensure promotion before beginning work on preparing for next season. Hopefully we can see plenty of more success for the young, promising manager in the future!

Walter
8 years
Only one year

Not sure if srs?

Not sure if srs?