After that bad start in the league we managed to get some form, and from 4 matches played in September, we managed to win 2 of them, made one draw and were defeated once, in the Cup. This good month pushed us from 17th place to the 9th place!


Hannover is a solid squad and I wasn’t expecting such a good performance from this match...but the players really surprised me and showed that they have value! We dominated Hannover and won the match with an outstanding performance!


Braunschweig is a newly promoted team, just like we are, but with a worse start than ours! From the first 7 matches played they managed to gather just 4 points and we again put in a great performance!


We ended the month with another good performance, but sadly for us we missed a lot of chances and the match ended as a draw!

What a match...I mean what a shootout! If the match was boring, both teams creating few chances to score, at penalty kicks we scored 13 times while Nurmberg scored 14 times to defeat us. We were unlucky!


The man that won the Player Of The Season award in Bundesliga last year, Quansah, is continuing to play very well, keeps scoring and providing assists...if he keeps playing like this, I don’t know if we will be able to keep him at our club any longer!

pokarioboy
5 years
Some good results there! Quansah is proving to be an absolute revelation at the club

Unlucky with the cup though, Penalties are 50% luck most of the time.
Login to Quote 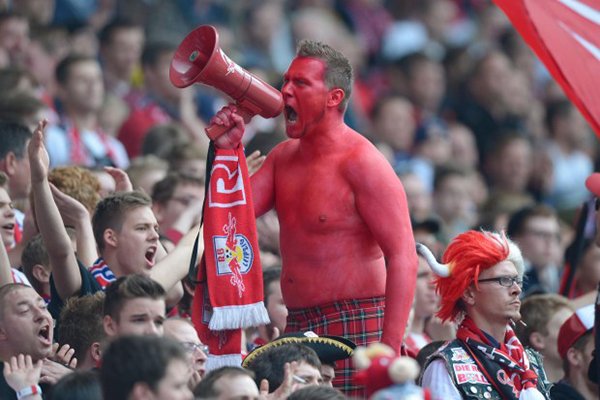 For a small new promoted club like ours, October was a good month! We played 4 matches from which we managed to won one, we made two draws and we got defeated once. I have to be pleased with the team, as after 11 matches played we are standing on an unexpected 8th place!


We started the month with a defeat...but against the best, or the second best team from Bundesliga: Dortmund. We lost the match, but we didn’t play bad, not at all...Dortmund are just too good for us!


Once again...nobody expected a positive result from this match! We were facing Leverkusen and we knew that we had to play perfect just to obtain a draw...and it seens that we managed to do so! This is one of our best results so far!


This was a very even and boring match, as both teams managed to close the opposition and were very few chances to score. A boring match, but for us, every point it’s very important and I am satisfied with this result!


Last time when we met Freiburg was last season in DFB-Pokal and we were eliminated so we had to take revange for that match! The players got very motivated and we managed to win the game!


Ondrej Mazuch, the defender that joined us this season, had very good performances this month and deserves this award! 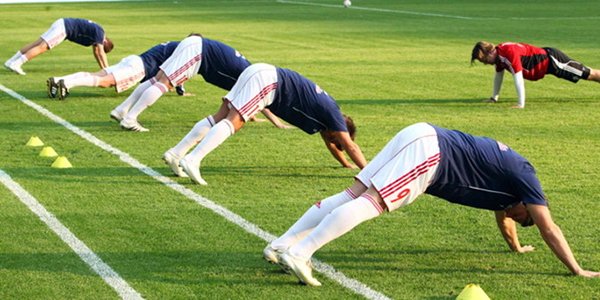 Once again, a month with mixed results, but in my opinion a very good month! We’ve ended November on 10th place, which is a good spot and I would be very happy to finish so high!


Bayern just demonstrated once again why in the last few years they are one of the best teams in the World! They dominated us and we weren’t able to even create a chance to score...


This is a very important win for us and I am very happy that we won this match! Hertha BSC is one of our opponents for avoiding relegation, so we must defeat this teams in order to stay in Bundesliga!


A draw against Mainz is a good result for us, as they were in a good form and won 4 of their last 5 matches! They dominated us, but we managed to keep our defence clean and walked away with an important point!


The Player Of The Month award of November goes to Luke Shaw! Since he arrived at our club he played very well, and at the end of loan I will do anything I can to sing him on a full basis...I hope that I will be able to do that!

Tallery
5 years
Some great results there, unlucky with the defeats!
Login to Quote

brownymcfc
5 years
Enjoying this story, keep up the good work! :-)
Login to Quote 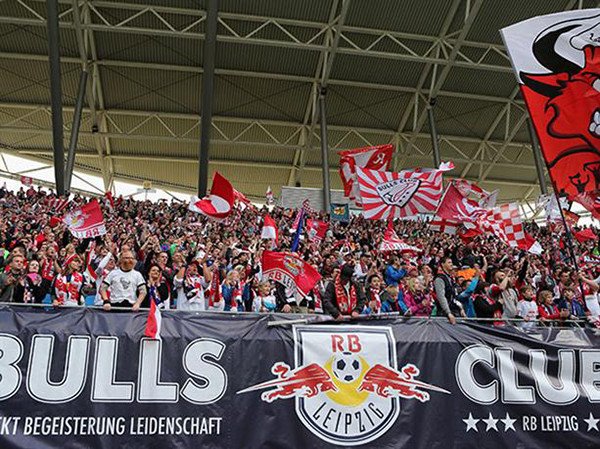 December was just like November, a short month for us in which we played just 3 matches, but if you look at the results and performances, December was a lot better! We won two of the three matches and we only lost against Schalke, which is a giant in Germany!


Before the start of the match, Frankfurt were one place in front of us, standing on 7th place while we were standing on 8th place. After a match that we controlled 100%, maintaining possession and creating a lot of chances to score, we managed to win and took their place!


HOffenheim had a great first half of the season, exceeding everyone’s expectations from them, standing after 17 matches on an incredible 3rd place! They were in great form, so everybody tought that we will suffer a heavy defeat…but, we demonstrated that we are a very united team, a team that is clear underrated!


Schalke has amazing player in their team and for sure we don’t have that much quality! They dominated and defeated us, but the thing that matters the most is that at the half of the season we are standing on an unexpected 7th place!


Once again, Quansah had amazing performances and deserves this award! I just extended his contract until 2019, but there are rumours that he is wanted by Schalke and Valencia…I hope to be able to keep him here! 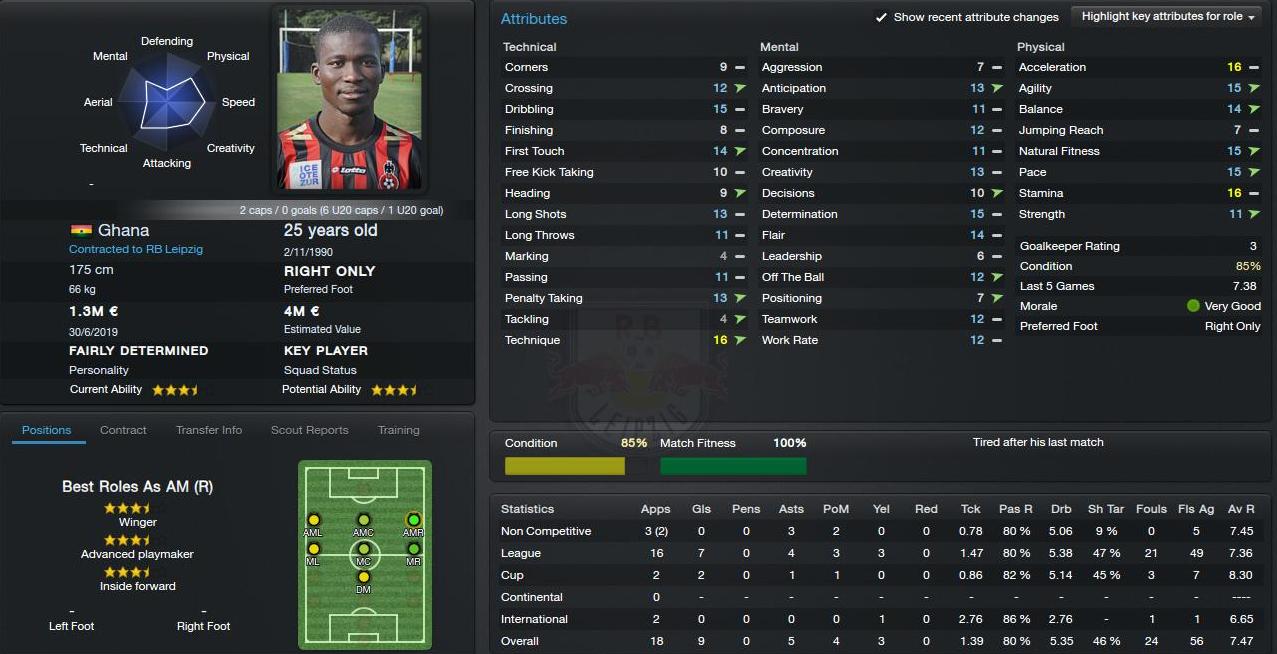 OUFC2k14
5 years
Nice graphics! Some good results as well... heep it up:)
Login to Quote

ARSENAL_ruleZ
5 years
pretty good month. Schalke are very good and there was little you could do to stop them but keep up the great updates

swanny8589
5 years
great month !! dont worry about the loss to Schalke there a tough side,

keep up the good work
Login to Quote

TheMS99
5 years
You should win all your games, I mean red bull gives you wings, you should just fly over your opponents.
Login to Quote


As January came, we start looking for players that were available to sign for our club now or on pre-contract. After a lot of work, scouting reports and sleepless nights we finally managed to sign 6 new players: 3 of them joined us now and the other 3 signed a pre-contract with us and will join in the summer! 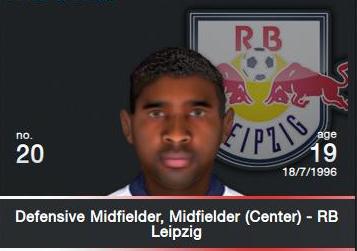 Joe is an American central midfielder with a Spanish father that joined us from LA Galaxy for a fee of 180 k euro! He was in his last 6 months of contract, so the Americans accepted our offer because they didn’t want to lose him for free.
Joe, at his young age of 19 years old, already made his debute for the American National Squad where he played 2 matches. I am pretty sure that he will become very quickly one of our key players and our scouts believe that he has the potential to develop into a Bundesliga star!
He is a very technique player, but he also has great tackling abilities and his first touch is also amazing. With his amazing determination and great natural fitness, I am sure that he will impress! 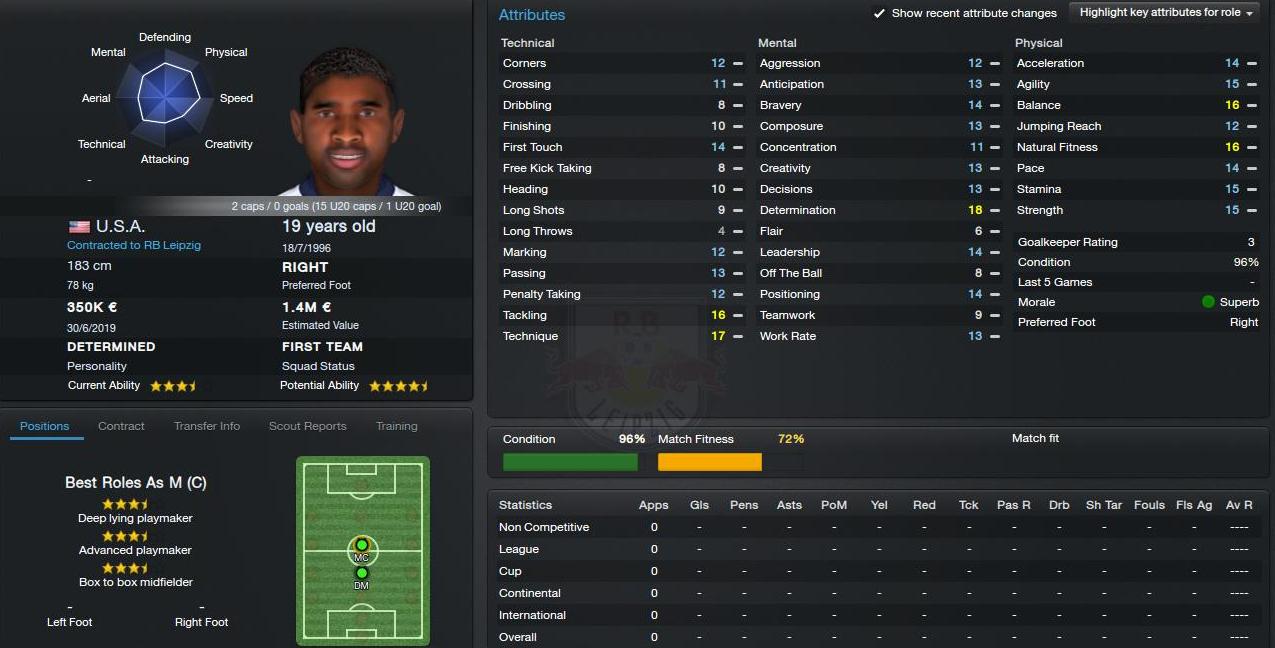 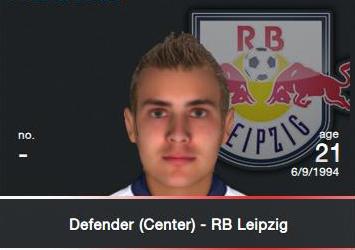 Kevin is a 21 years old American central defender with a lot of potential! He is a very good tackler and he also marks his opponent very well.
For now, he is still weak for our club and that’s why we decided to send him out on loan to get some experience, so he will play until the end of the season at Paderborn.
He joined us as a free agent! 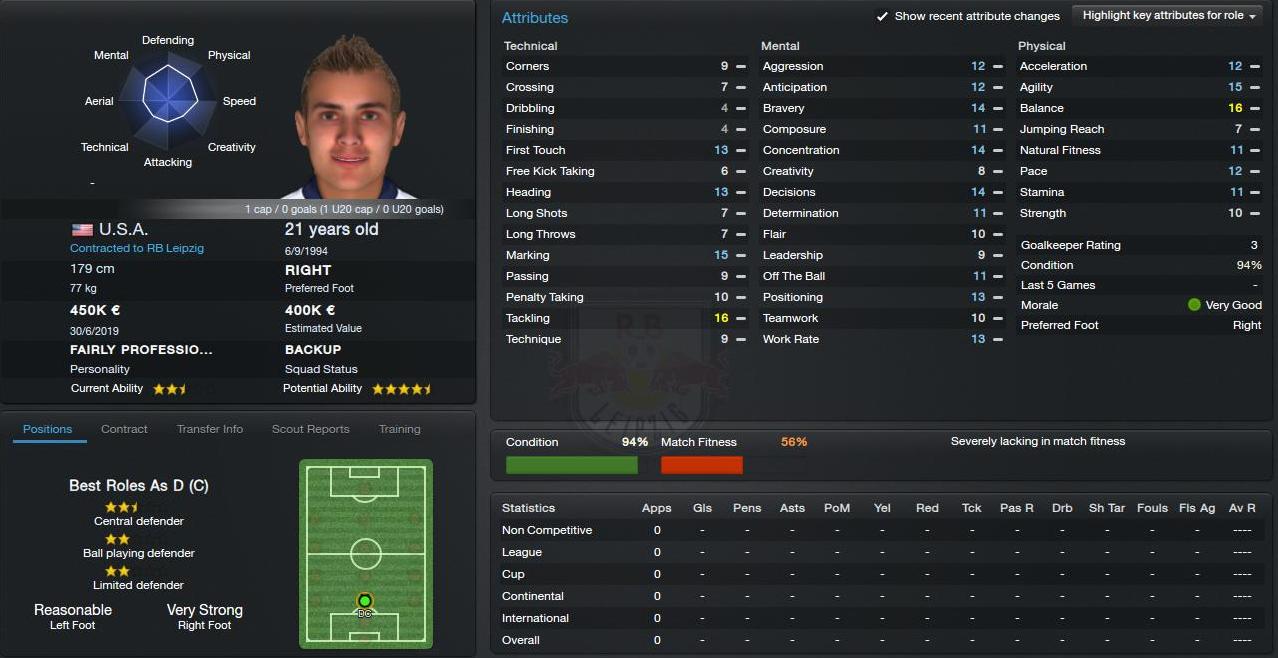 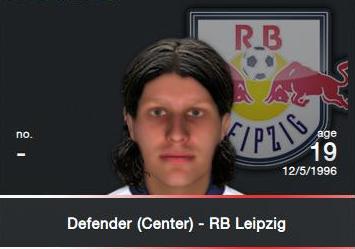 Rodrigo is a 19 years old Argentinian central defender that was formed at Estudiantes youth academy where he also made his debute and played until now. We paid Estudiantes a fee of 200 k euro for him as my scouts were impressed by his skills.
I decided to loan him out too until the end of the season, so we sent him bag in Argentina at Newell’s. 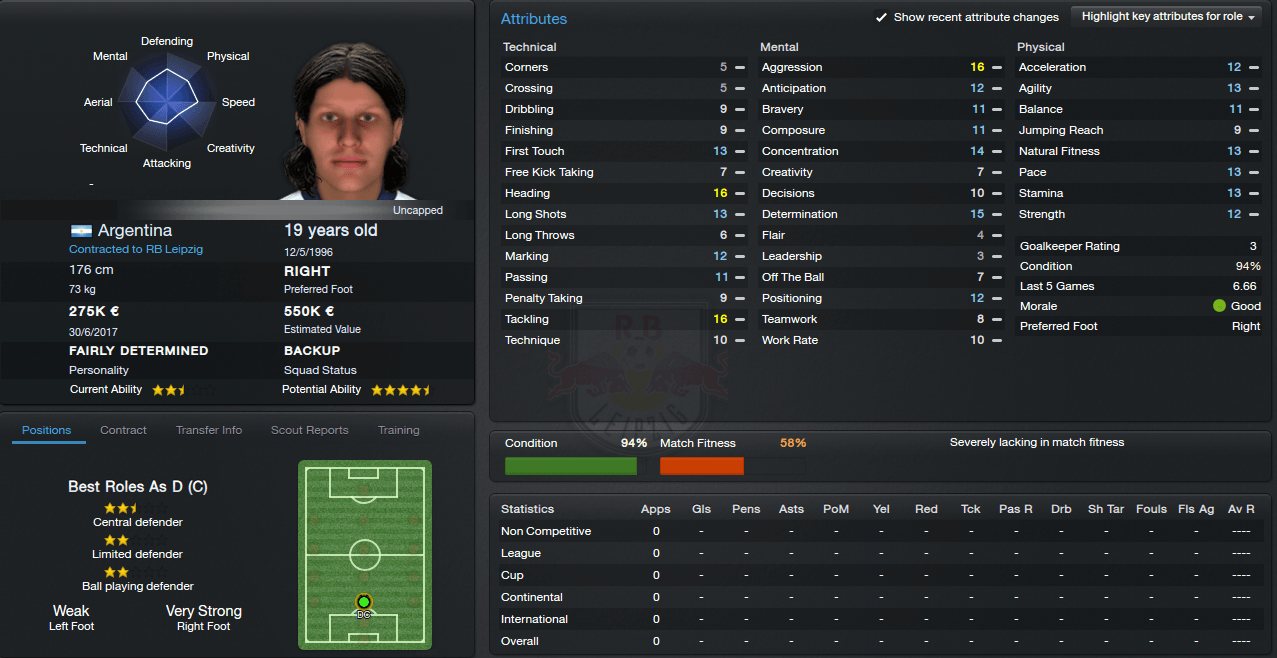 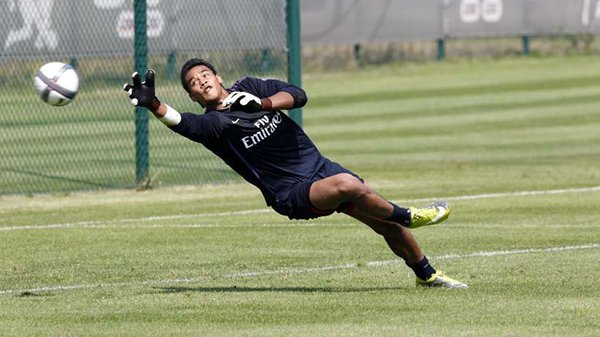 I think that Alphonse is our best signing of this transfer window! He signed a pre-contract with us and will join our club in the summer!
Alphonse was seen as the future of the French National team, but sadly for him, he didn’t get to much playing time at PSG, as they don’t really promote youngsters, they prefer to buy stars. At 22 years old I am sure that he still can develop his full potential and turn into one of the best keepers in the world!
At 194 cm and 95 kg, Areola is a very solid and strong keeper with great aerial ability and jumping reach! He also has great reflexes, very good handling and command of area skills. 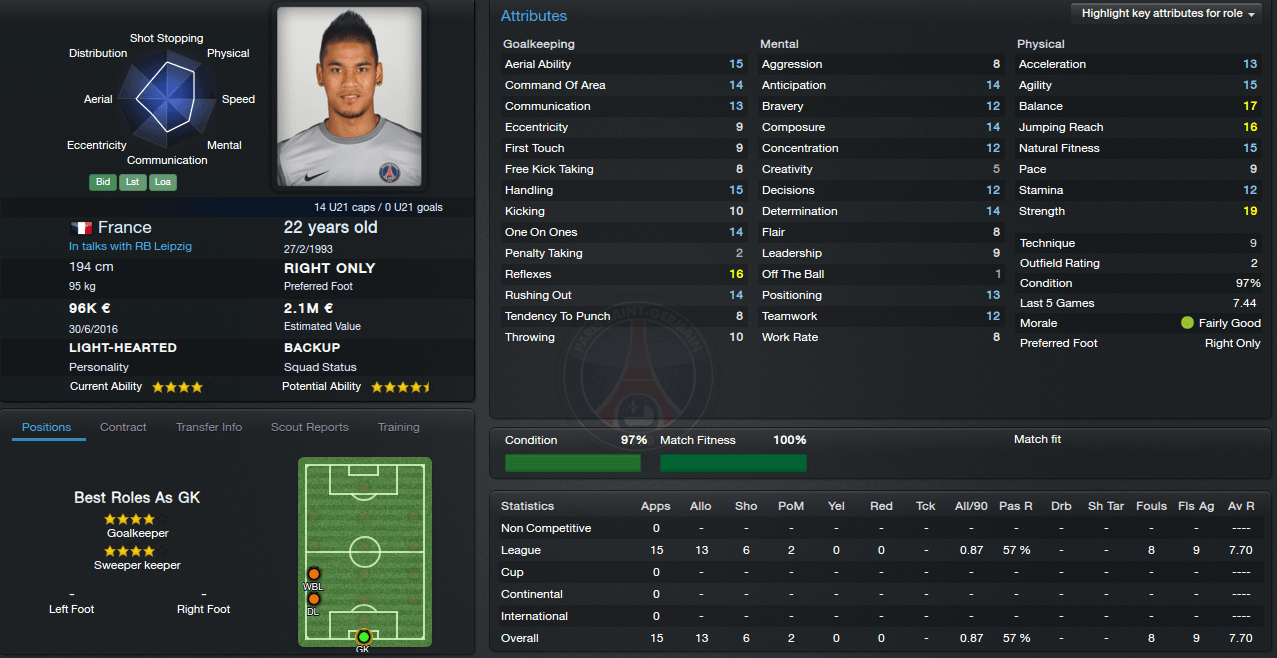 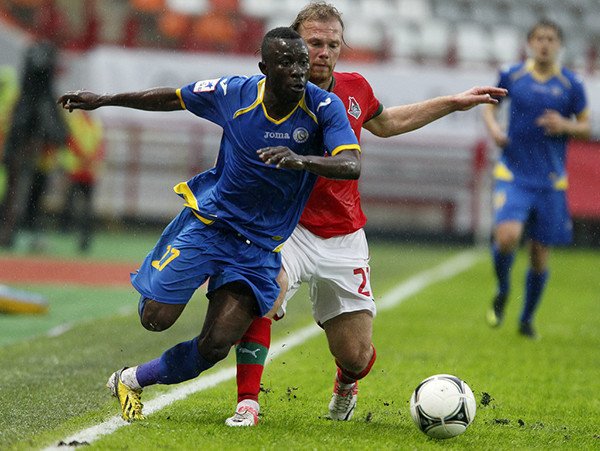 Guelor Kanga is a 25 years old Gabonese attacking midfielder that played the biggest part of his career for clubs from Africa and just in 2013 was transferred in Europe by Fc Rostov.
He has a lot of great abilities like his technique, passing, first touch, dribbling, determination, creativity and pace, abilities that determined my scouts to say about him that he is a very good player for Bundesliga.
He signed a pre-contract with us and will join our club in summer! 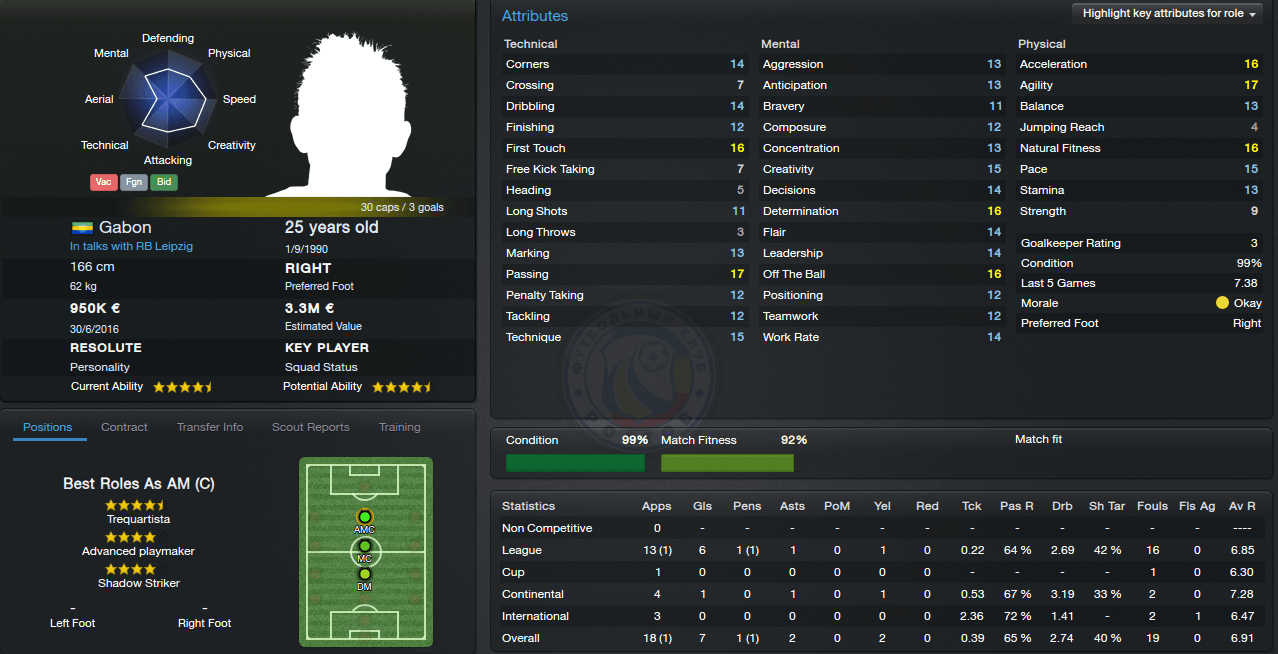 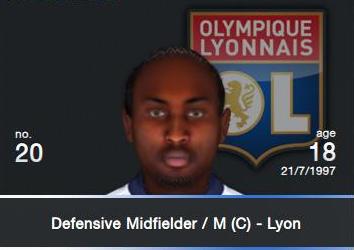 The last player that signed a pre-contract with us is Mohammed Agboh, an 18 years old French central midfielder with African origins.
I was impressed with his passing skills, technique, talking and first touch and I really can’t understand how Lyon can afford to lose a player like this for free! I am pretty sure that he will make a great midfielder couple with our American signing, Joe Lopez. 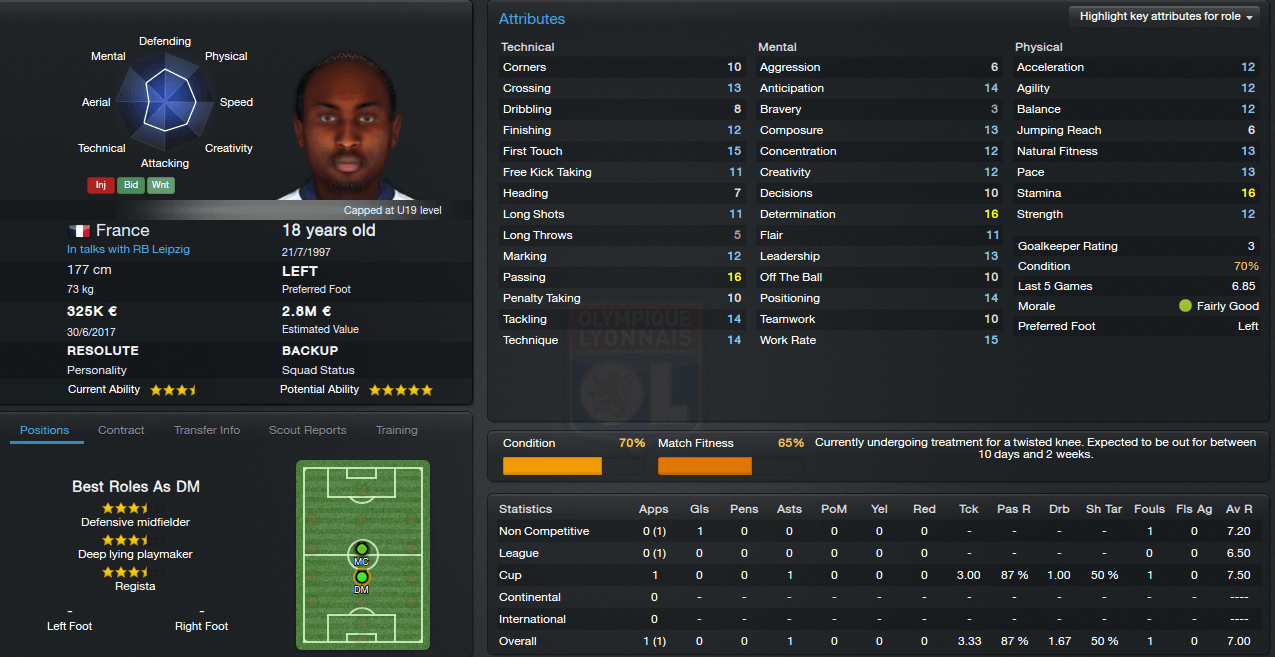 You are reading "Red Bull Leipzig - The next Giants!".