Slid3Tackle
7 years
Wow mate, you're in am amazing form!
Login to Quote

Josh: Why, thank you!

Neal: I can't believe it either

TVDLC123
7 years
Pretty amazing month, in a pretty amazing season so far for you. Screw Ibra and Cavani, you have Lacazette and Tom Ince

pompeyblue
7 years
TV: Thanks, but who are Ibra and Cavani?

Aaron
7 years
Your form is just unreal. Well done mate, Ince and Lacazette are class for you too, good to see you getting the best out of them!
Login to Quote

pompeyblue
7 years
Aaron: Thanks a lot Aaron, and another big thanks for your help in making the standings graphic for my monthly updates. It looks really good 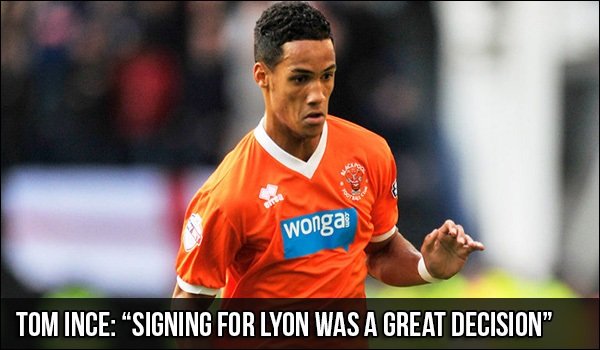 Englishman Tom Ince has admitted his relief at deciding to sign for Olympique Lyonnais, in the summer.

The 21 year old, who began his career with Liverpool, was available for a free transfer during the latest transfer window following the expiration of his contract at Blackpool. It was at the Seasiders where Ince really made a name for himself, with his spectacular 2012/13 campaign being a highlight, with him hitting 18 goals in the league.

This obviously caused quite some interest from other clubs including the likes of Hull City and Inter Milan. Being son of a former Inter Milan player, Paul Ince, looked to have influenced his decision at one stage with the player actually flying to Italy along with his father.

The England U21 international, did earn criticism for allowing his father to get involved with his future. However, following a break down in contract negotiations with Inter, a reported agreement between the pair saw Ince Sr. return back home while Tom set about ironing any potential deal out, on his own.

So, after much speculation on his destination, Ince finally did sign for Ligue 1 outfit Olympique Lyonnais. Obviously trading England for a brand new country, France, would always be difficult for a man so young but surprisingly he has had no problems settling into manager Juninho’s side.

In his 15 appearances so far, Ince has shone for Les Gones, with his attacking performances a joy to watch. He has bagged a very impressive 8 goals as well as contributing 6 assists, and is already looking like an excellent signing. He already had the reputation of a good player who could develop to become even better, so this is all very encouraging news seen as he has been so good during his spell at the club, so far.

It’s not just Ince who was highly impressed in the new campaign but Lyon in general have been a fantastic team to watch. They are still unbeaten, and top both the league as well as their Europa League group. Speaking to L’Equipe, Ince has admitted that he feels very relieved about his decision to join the club. ”Obviously when I did sign here I knew this was a great club, a very well supported club and have a great future with a new manager who I admired greatly when he was a player. One of the main factors was I believed Juninho could help me grow so much as a player, and having only been here for a couple of months I know that signing for Lyon was a great decision.

The start to the season we have had has been absolutely incredible and I am loving playing my football right now. All the lads are great, the team spirit is amazing and being part of this dressing room alone is a wonderful experience for myself, at just 21. The formation, system and style of play really suits me and is working to perfection, I am really flourishing in this role and I think that can be seen with my performances and what I am contributing to the team.

Moving away from England was always going to be tough but I have taken to France very warmly and a major part of that is how welcoming I felt as soon as I joined. I am really excited for every game and hope we can go far this season and win some silverware.”

Jer
7 years
Has he improved (attribute-wise) since he joined Lyon?
Login to Quote

pokarioboy
7 years
I hope he's been doing awesome for you

pompeyblue
6 years
Pauker: He's developed ever so slightly, but considering he only joined a couple of months ago I wouldn't have expected him to grown much anyway.

pokarioboy: He has been great! Thanks for the comment bud 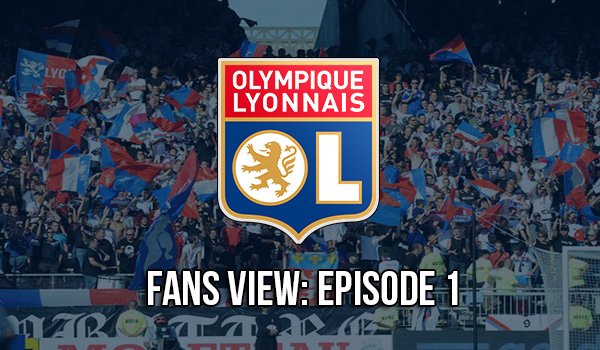 Olympique Lyonnais’ start to the new season has been quite remarkable. New manager Juninho has so far steered the club to an undefeated run in their opening games, as well as leading them to the top of the league and their Europa League group too.

Now, it’s time to get an insight into the minds of the clubs supporters on our brand new article ‘FANS VIEW’. Each episode, we will ask the opinions of three loyal Les Gones supporters on a number of different topics based around the club they hold so dearly to their hearts. After much consideration and deliberation our chosen experts will be Josh Slater, Neal Hasan and Jeremy Pauker, now to get down to business.

New manger Juninho has made quite the impact since arriving at the club in the summer, with one of the big changes he has made, being the deployment of the 4-2-3-1 formation. This has seen some fantastic attacking play so far, but what are your views on the new system?

Slater: ”The formation has been a revelation no doubt about it, and has been so important in our games so far. It’s what has made us such as formidable side, and suits are players to perfection. Our attacks have been fast paced, slick and quick with our system playing a significant part in this and we are solid at the back too. The holding midfielders sitting in front of the defense, offer protection meaning we are strong in all areas of the pitch.”

Hasan: ”I have to say, the games so far have shown how effective this tactic is. As fans we want to be entertained, and we are seeing plenty of entertainment at the moment with this system being played. The players clearly enjoy the role they are playing in at the moment, it gives them a lot of freedom and gives them the opportunity to create plenty of opportunities too. My concern would be that relying too heavily on this tactic could see opposing teams work out a way to defend it, but to be perfectly honest I can’t see how teams would be able to defend us right now anyway.”

Pauker: ”Praise goes to ‘Juni’ for what he has done since coming on, making much needed changes. Things haven’t been working out recently, but after assessing the squad he clearly saw how good we are at creating fast paced attacking moves. So, he has found a way to use this the most we can which is great, and it is really coming off. The players have to be praised too however, they have obviously listened closely to what ‘Juni’ has told them to do and we are seeing some of the best football from a Lyon side recently, as a result.

Four new players were signed by Juninho in the transfer window, Guillermo Ochoa, Carlos Zambrano, Nacho and Tom Ince, Having seen the new additions in action for a couple of months now, do you think that they are good signing and what are your views on these players in general?

Slater: “They are all very talented and I am glad the club managed to capture all of the players. We were badly lacking a good goalkeeper but now Ochoa has come in and done a fantastic job. Zambrano is a good, balanced defender and has formed a commanding partnership with Samuel Umtit so that is another very good thing to see. As for Nacho he adds good depth to the squad coming in on loan, but the pick of the players is Tom Ince. We did a great job to get him to join in the first place, and he has been fantastic. We talked about the 4-2-3-1 formation, he fits into it perfectly and is one of the main reasons the club is doing so well.”

Hasan: “They are all good players, and Juninho did good business in getting them. Ince has been superb and is my favourite out of the lot. Ochoa has continued his form for Mexico in the World Cup and been rock solid in between the sticks. Zambrano is another who has been very consistent and not once has he performed badly. While, Nacho is a great squad player with his versatility, which makes him step in to the team and do a good job regardless of where he is playing.”

Pauker: ”The new additions have settled into the squad perfectly and really have made a big impact. I think we are all in agreement that Tom Ince has been the stand out man at so young, he has so much room to grow yet is already putting in some quality displays. The rest are all very consistent and have not put a single foot wrong since joining. They have a great work ethic and are all very determined players. I think the manager has something of a philosophy in the transfer market, which these players fit to very well indeed.”

Finally, to conclude this episode, what are your expectations for the season ahead?

Slater: “The aim within the squad has got to be a Champions League spot and win some silverware but from a fans point of view and having watched the team a lot this season already, I really do think we can go on to win the title.”

Hasan: “As much as I would love to win the league and as much as I think we are capable of doing so, I think we will falter towards the end of the season and PSG will probably pipe us to 1st. Nonetheless, a cup run is something we can definitely achieve and maybe we can even lift a trophy too.”

That’s it for today’s episode of ‘FANS VIEW’, but be sure to join us and our three wonderful experts next time for more Les Gones talk!