pompeyblue
7 years
Neal: Thank you Neal, and thanks to everyone else who has helped me reach 200 replies on this story

k1rups
7 years
Just caught up and what a read! Great to see someone do a Lyon story again. I remember mine I had no budget from the board so had to sell to buy but you've got some great players in and they've done well for you. Would love a screen shot of Lacazette to see how he's developed so far. He was a beast for me and along with Benzia probably my two best players. Keep it going and I look forward to reading more

Purple Bananaa
7 years
Brilliant month! To have only lost 1 game this season is quite impressive and if you keep this up you'll win the league!

I wonder who'll sign in January? Hmm...
Login to Quote

Jer
7 years
I know who.. heheh.
Login to Quote

pompeyblue
7 years
k1rups: Cheers mate, really appreciate the comment! I wasn't around the site at the time of your story but have heard great things about it, great to see you back on the site!

Purple Bananaa: Winning the league would be fantastic, as for future signings, we will just have to wait and see.... 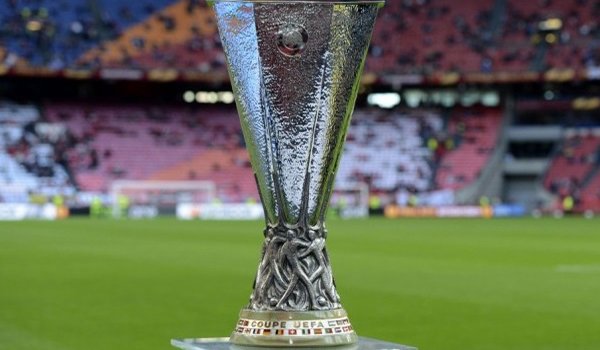 French Ligue 1 side Olympique Lyonnais, have been drawn against English Premier League side Tottenham Hotspur, in the UEFA Europa League 1st Knockout Round.

With the group stages of the 2014/15 Europa League competition having concluded, it is now onto the knockout rounds with the draw for the 1st Knockout Round, made today. Lyon were one side who stormed to qualification to earn a spot in this round, topping Group C after an unbeaten run including 5 wins and a single draw, eventually totalling 16 points.

They have been drawn against a Spurs side, who in comparison only just edged through the group phases, with a second place finish in Group H. Although they only fell to one loss in their 6 games, they eventually finished just 4 points above the 3rd placed side, Standard Liege.

The draw is undoubtedly a tough one for Lyon, with Tottenham Hotspur boasting a strong squad and some very talented players. Ex-goalkeeper Hugo Lloris is just one of the household names part of Luciano Spalleti’s line-up, however encouraging news for supporters of the French side, will be the contrasting league form between the two clubs.

While Olympique Lyonnais are riding high in Ligue 1 with just the single loss, and a number of strong performances over the course of the season, their future opponents Tottenham Hotspur have already had a change of manager. Mauricio Pochettino, who only arrived in the summer anyway, failed to live up to the expectations and was dispensed with only months played of the new campaign. Italian Luciano Spalleti was the replacement and has steered the ship relatively well, with the North London outfit now sitting in 6th place in the Premier League.

Lyon boss Juninho was asked for a comment in reaction to the draw, and told reporters that he was relishing the prospect of facing up to an English side, even if he admitted that it would be difficult to progress in the competition, due to the quality of the opposing team;

”Tottenham are a very good side, and I have great respect for them. They have some very good players and I am relishing going head to head with an English Premier League team of their ability. It will be a very entertaining match, no doubt, but it will be a difficult one too. The draw has been a tough one and my players will have to play excellent if they are to progress in this competition, simply down to the fact of the strength of our opposition.”

The first match of the two legged affair will be played at Tottenham’s home stadium White Hart Lane, then 7 days later the return leg at Stade de Gerland will be played out to determine who will make it through to the next stage of the tournament.

pompeyblue
7 years
Neal and Josh: Indeed, it is only Spurs, I should be winning this game easily