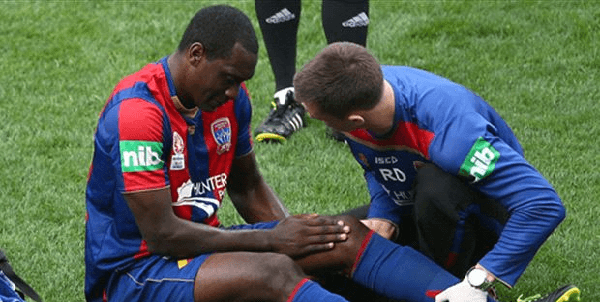 Former England international Emile Heskey injured his ankle in the Jet’s clash with Melbourne Heart, and many expected him to sit on the sidelines for a few weeks. But today Newcastle physios have confirmed that Heskey is playing with the aid of injections and is still available for selection.

“I had a sit down with Heskey after the [Heart] match, and we discussed the extent of his injury. He had a twisted ankle, and was in some pain, but he wanted to keep playing. In the end, I had a chat with the Head Physio Rob Dingle and we agreed that Emile could have injections to continue playing. In the end, I think it was the right decision as he was amazing in our win over Sydney FC.”

The Jets currently sit in 8th spot, with a clash against Melbourne Victory in just 6 days time.
Login to Quote

NOT a chicken, which Josh_MU edited this comment to

Tallery
5 years
Noooo. this story without Heskey is wrong....
Login to Quote

Griffo
5 years
I can honestly say I have never used injections in FM, interesting!
Login to Quote 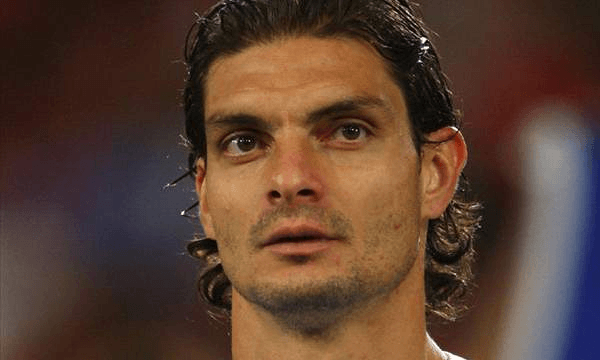 The Newcastle Jets have today announced the signing of experienced Greek international striker Angelo Charisteas on a free transfer. The former Al-Nassr player was revealed to the public today at Hunter Stadium. It is believed he has signed on a 5 month contract worth around £60,000. Charisteas has been capped by Greece 88 times, and has played elite football at Ajax and Werder Bremen. Possibly his finest moment was his winning goal in the 2004 European Championship final against Portugal. Charisteas play as a target man, and has great ability in the air. He is also a positive influence to teammates and can dominate matches. He isn’t the best technical player but his physical presence helps him stand out. It is blatantly obvious that Jets manager Sean-Paul Lodovico has signed Charisteas to replace injured striker Emile Heskey. The English target man was receiving injections after a twisted ankle but reinjured it in light training yesterday. Charisteas has been brought in to fill the massive whole left by Heskey in the short term, however if he can string together some form he may get a contract renewal.
The Jets will be hoping he can make an impact in his debut game against the Western Sydney Wanderers.
Login to Quote

Neal
5 years
What a performance against Sydney...WE ALL DREAM OF A TEAM OF HESKEYS!
Login to Quote

Zed
5 years
Charisteas was good for me when I signed him at Sydney FC, hope he does well for you too!
Login to Quote

But it's a great story atm

bebero
5 years
I think it was the best match of the season against Sydney! Dominate and have managed to score 3 goals, congratulations!
I hope to be a good replacement, and help you! good luck!
Login to Quote

Aaron
5 years
Bendtner...? Where are ya lad? Ya needed.
Login to Quote

Feliks
5 years
Griffo He is elite for sure

Walter Yeah, I suppose it was good I replaced an international with another international, he's a good impact player.

Neal Couldn't have put it better myself

Zed I'm hoping so as well, although if not he's on a short contract so no harm done

bebero thanks mate, it was a special game to watch!

AaronHJFT96 I wish I could have Bendtner. Surprisingly not listed.
Login to Quote

Jets Struggle For Consistency In December 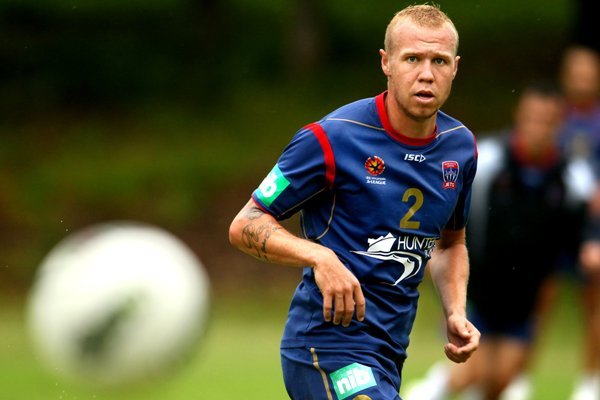 Taylor Regan scored both a goal and an own goal and typified Newcastle’s inconsistent month
We came into December with a lot of confidence, however we struggled to keep playing our best football. We had a great chance to rise the ladder, let’s see if we did. 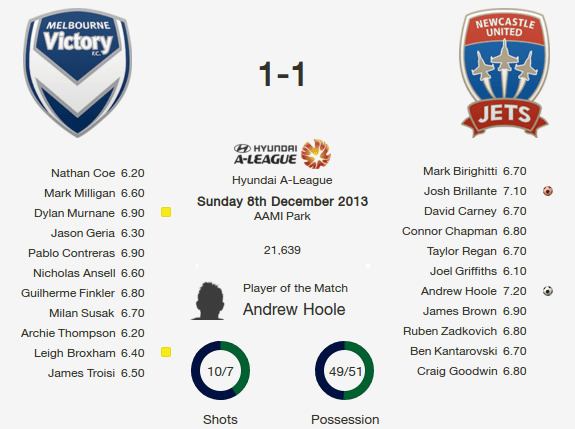 In an unlucky game, we travelled to Melbourne to play a struggling Victory side and sadly an own goal from Josh Brillante was the difference between 1 and 3 points. However, Andrew Hoole pleased me again and continue his incredible form. 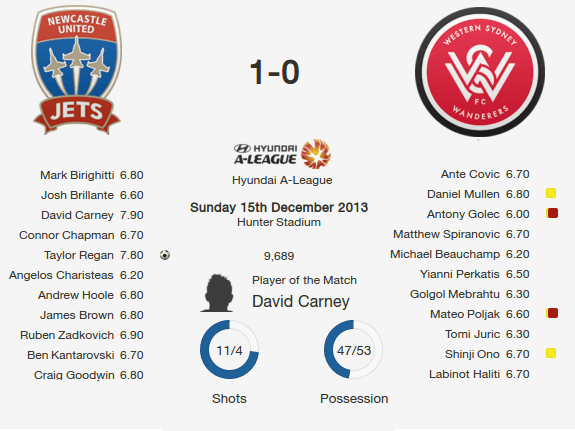 It was a good well-drilled win, although I think we missed our chance to really put them to sword after they went down to 10 men. Angelo Charisteas made his debut but disappointed and was dropped to the reserves, whilst Taylor Regan was an unlikely goalscorer as he toepoked a Carney cross. 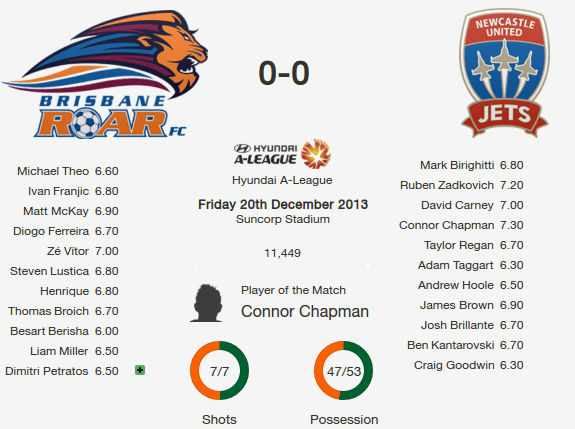 This was my birthday match, although it was far from a party. A bore draw again against the Roar, one that I really needed to win. One positive though was young centre back Connor Chapman picking up MOTM. 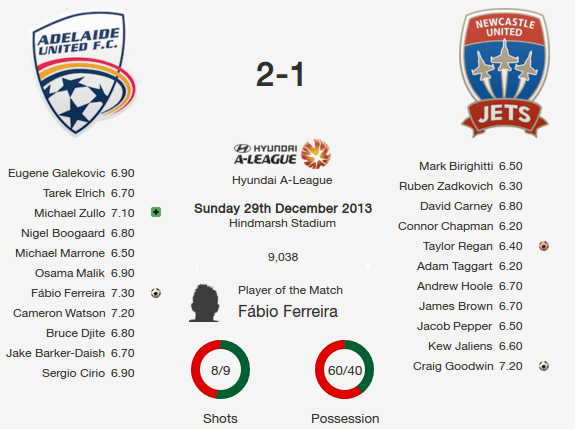 And there’s the inevitable loss to ruin my day. They got off to a quick start and despite Goodwin’s goal, we still couldn’t clinch it. Taylor Regan managed to head a cross in to score the winner- for the other team.

After another lacklustre month we find ourselves in 8th again, and I am still under heavy pressure from the board. We need a good month to relieve the pressure and look to making finals this season.

David Carney (above left) was instrumental playing as a full back and contributing in all parts of the game. His defensive work was solid and he delivered some great crosses, a workhorse’s effort for POTM this month.
Join me next time for the New Year and 4 more thrilling encounters!
Login to Quote