The 510 Series
5 years
A tough month but I'm sure you'll pick yourself up!
Login to Quote

InvertedWingbacks
5 years
A very mixed month, but i'm sure you'll turn it around - there are some encouraging performances in there

TaT I just need to have those encouraging results every game

Jack Thanks for the kind words

Tallery
5 years
Keep working on those tactics, and the results will come!
Login to Quote

tallery1164 I think I found one that sticks actually, I just need them to get used to it first

Goodwin Out For Season

Sean-Paul Lodovico has been dealt a cruel blow with the news that left winger Craig Goodwin will miss 5 months of football after he tore his calf muscle in Newcastle’s 2-0 win over Melbourne Victory. The Jets has already lost Emile Heskey for a substantial amount of time, and will consider himself unlucky to have lost another key player.

The injury occurred as Victory defender Jason Geria tripped Goodwin. Goodwin’s foot dug into the turf and his muscle over-extended, causing it to tear. Geria was not reprimanded for his actions. Physios immediately took him off the pitch although it didn’t seem as serious as 5 months at the time.

Luckily for the Jets, Goodwin had at least contributed in the win. His beautifully struck free kick put the Jets in front and despite the fact he was carried off after 65 minutes, he still won the Player Of The Match award.

With the transfer window having opened, rumours are circling that Lodovico has already lined up Goodwin’s replacement. Former Liverpool player Milan Jovanovic has been linked with the Jets, and would be a valuable asset to the team. Some sources inside the club have suggested that David Carney will be moved up to left wing and Samuel Gallaway will move to left back. Whatever he chooses, Lodovico will be hoping for some positive results despite the loss of a quality player.
Login to Quote

Griffo
5 years
HAHA, I dont know why but the Screenshot is hilarious!
Login to Quote

Experienced left back David Carney has put pen to paper for the Newcastle Jets and has ended rumours he was been set for release. Carney had just 3 months left on his contract but has signed until May 2015 for the same wage as his previous agreement. The 30 year old has been in good form for the Jets with his corners a real feature. Manager Sean-Paul Lodovico spoke out today on Fox Sports.

“It’s great to have David on for another season, he’s been great for me so far this season. I’d like to thank him for signing and committing to this wonderful club.”
Carney and the Jets play the Western Sydney Wanderers tomorrow and will look to continue their stellar form.
Login to Quote

Griffo
5 years
I always had a soft spot for David Carney, good to see him re-sign with you!
Login to Quote

Up and down month, but you're getting points on the board and making progress, keep at it!
Login to Quote 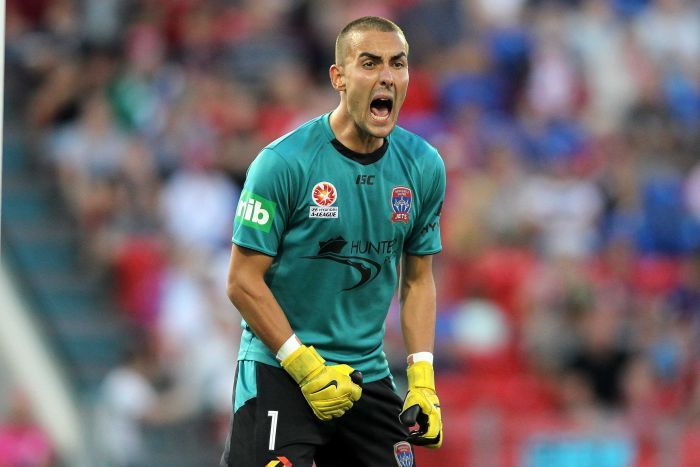 Newcastle goalkeeper Mark Birighitti was instrumental in the Jet’s January success as he didn’t concede a goal all month
The title says it all. It was an amazing month, and for the first time I can post a positive update. We were undefeated all month, didn’t concede a single goal, and pushed our way up the table into 6th. We have given ourselves a great chance of making the finals and with Emile Heskey back and in business, we should improve even more. 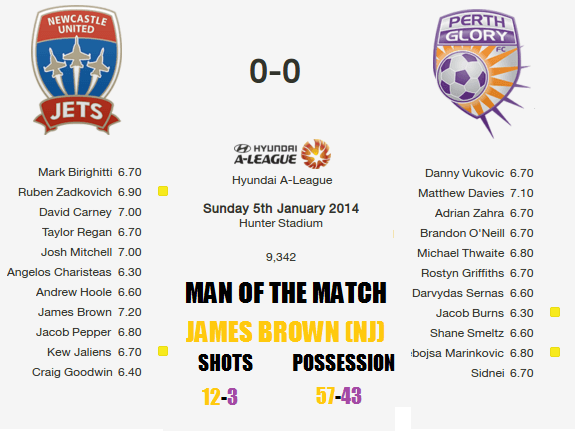 Apologies for the change in graphics, my inbox decided weirdly not to show all the game reports for the month so I had to improvise
We welcomed the struggling Perth Glory to Hunter Stadium, and although we appeared to have control of the match we couldn’t capitalise on our chances. It wasn’t a good game for our fans and we’ve missed our chance to pick up 3 points at home against a weaker side.
Positives - James Brown had a commanding performance in midfield and has made the most of limited opportunity.
Negatives - Angelo Charisteas had another shocker and is not living up to his expectations, so I may have to change formations or try to use Joel Griffiths as a target man. 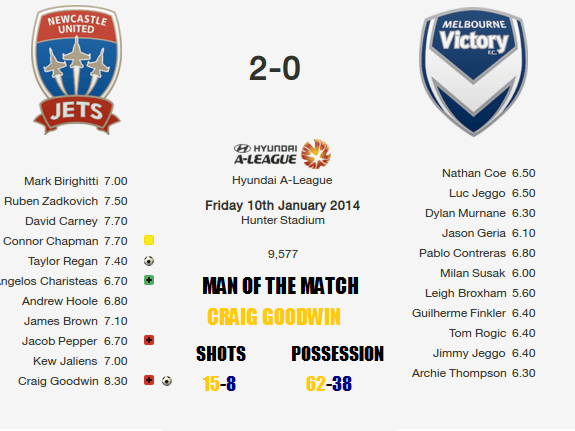 Again, sorry for the hodge podge graphics
Luckily we had a chance to make up for the draw against the highly talented but inconsistent Melbourne Victory. Boasting Archie Thompson, Tom Rogic and cult hero Guilherme Finkler, they were a force to be reckoned with. Until we kicked off. From then we dominated, registering 4 more SoT and having the ball 62% of the time. A great corner from David Carney found the boot of Taylor Regan who opened our accounts on 16 minutes. After half time, Craig Goodwin struck an immaculate free kick which curved into the net after 50 minutes, securing a great 2-0 win for us.
Positives Possession can win you matches, and it’s extremely pleasing to see such a domination in that section lead to a healthy victory. Hopefully we can continue this retention rate, because if they don’t have the ball they can’t score.
Negatives I was smashed by injuries this match, with promising young midfielder Jacob Pepper missing 2 weeks and our star left winger Craig Goodwin missing the rest of the season. 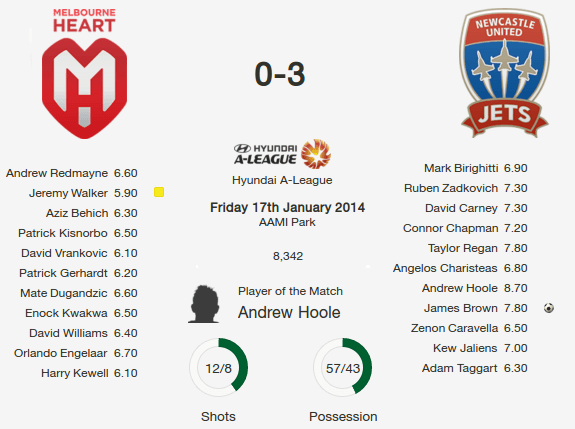 We travelled to Melbourne brimming with confidence after a commanding display over the Victory, but this time against their arch rivals the Heart we played in an entirely different way. Clinical finishing won the day in the end for us, as the Heart dominated open play yet couldn’t make it out, where it counts. In the opening minutes, James Brown gave us the perfect start and the confidence to defend stoutly. Joel Griffiths then came on after 65 minutes and in the dying stages tore the Heart defence to shreds, kicking goals in the 88th and 90th minute. Despite his efforts, Andrew Hoole was given POTM as he set up 2 goals and was a constant threat around the box.
Positives - Joel Griffiths, despite being 34, has showed me that he is still a valuable asset off the bench, and although he will not be retained this season, I will definitely bring him on when I need goals.
Negatives - Adam Taggart had a very disappointing match and continued his horror run of form. As of the 1st of February, he has played 14 games, failed to kick a goal and averaging a rating of 6.45 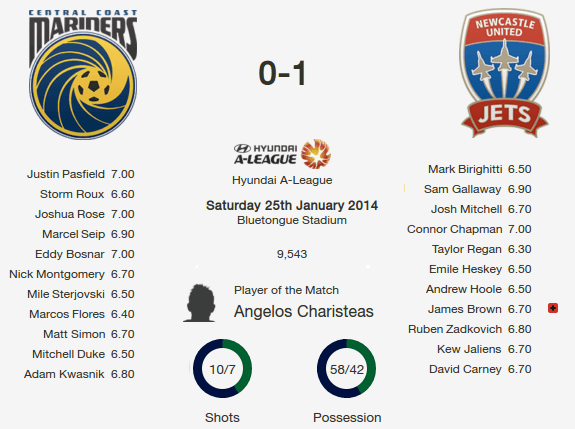 After a 3 game winning streak, we had our toughest challenge yet- the goal-hungry Mariners. League leaders for goals scored, they had the most lethal strike partnership in the league, with Mitch Duke and Matt Simon kicking 23 goals in 15 games as a duo. It would stretch our defence to the limits, but after 3 games without conceding Birighitti was spirited. A positive for us though, was the return of DA BEAST, Emile Heskey. However, he struggled along with Duke and Simon for chances early on, and after half time I subbed him off for fitness reasons. Therefore, the perennial disappointment Angelo Charisteas was on. I expected the game to fizzle out into a bore draw, which I was content with. But in the 80th minute, Charisteas chested a ball down, dribbled past a Mariners defender and slotted it into the bottom right corner to get us the win. I was as shocked as anyone, but it seems Charisteas is finally doing something and Heskey is back. February looks promising.
Positives - Charisteas winning MOTM hopefully heralds a change, and I’m hoping I can rely on Heskey and Charisteas swapping in that target man spot.
Negatives - This wasn’t a very good team performance, and we relied on a piece of individual brilliance to get us over the line.

So finally, after 3 months of pain, I have advanced up the table into 6th! We showed the comp that we are capable of winning big, and now it’s time to do so further and cement that finals spot. 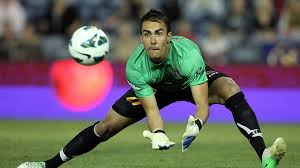 He may not have set the world alight in terms of average rating, and he sure didn’t get a goal or an assist. But I don’t think anyone deserves POTM this month more than our young goalie Mark Birighitti. It’s been 360 minutes since he last conceded, and his saves have been the difference between 1 and 3 points. What a warrior, great job Mark.

We begin the month at home against the Western Sydney Wanderers, and then host the surprise packets Wellington Phoenix on the 9th. We then travel up to Suncorp to play the Roar, before hosting slightly less invincible Sydney FC in the last game of the month. It is a much more challenging month but I’m hoping the team’s confidence can help us. Join us then!
Login to Quote