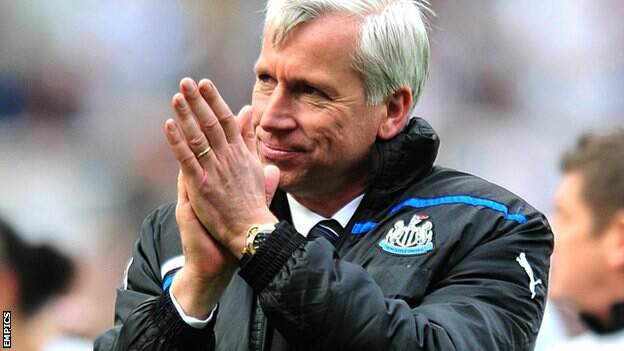 Alan pardew has been sacked by Newcastle United after two and a half years in charge and replaced by John Carver who has been put in charge temporarily until a new manager has been appointed.
Carver, 49, has been studying for his Pro-Licence, and has chosen to undergo the course whilst also been given the temporary job of the club

The English assistant manager and Pardew are believed not to have seen eye to eye over the past season although the club was at pains to deny the rumour.


Newcastle United released a short statement at 8.30am on Tuesday morning saying: "Newcastle- United has announced that Alan Pardew has left the club. The club would like to place on record its thanks for the hard work, honesty and integrity he brought to the role."
Carver will now be in charge for until a new appointment has been made, beginning with season opener which begins in just under 3 weeks time.

Pardew drove into the club's Little Benton training complex on Tuesday morning for a meeting with the chairman Mike Ashley to make the departure official.
Login to Quote Newcastle United have confirmed the appointment of David Ginola as their new manager on a three-year contract.

Ginola has the backing of much maligned Kevin Keegan and club legend Alan Shearer. Ginola will meet up with the squad on Wednesday and his first official game will be against the MLS All-Stars in Michigan on July 18th.

"I am delighted that Mike Ashley saw fit to give me the job. I have great respect for everything he has done and for the football club.

"I know how hard it will be to follow the good work Alan had done here, but the opportunity to manage Newcastle United isn't something that comes around very often and I'm really looking forward to taking up the post this season.

"Between now and the end of the season, I will do everything in my power to make sure we finish as high as possible in the table.

"Newcastle's fantastic fans have played a big part in making my decision and I thank them wholeheartedly for the support they have given me since the news broke out.

"Newcastle United will never be the same again."
1
Login to Quote

Clement Grenier has completed his move to Newcastle. The club confirmed on Sunday night that the 23-year-old had signed a four-year contract after joining from the French club Olympique Lyon for an undisclosed fee. Grenier, who has been in Newcastle’s sights since they tried to sign him as a replacement for Yohan Cabaye in January, becomes David Ginola's first summer acquisition.
Grenier, an attacking midfielder, said: “It is great to finally be a Newcastle player. This is a move that I really wanted to make as I have heard nothing but good things about Newcastle United from everyone I spoke to.

“I wanted to join a great English club and that is why I have arrived here. I’m looking forward to pulling on the shirt and playing in this magnificent stadium, and I will give this club my maximum.”

Ginola said: “He is a player who I am sure will excite our fans. He has flair, hard work and commitment and is going to bring a talent, energy and quality to St James’ Park that our supporters will enjoy.

“Clement has great ideas when the ball comes to him and along with Siem de Jong is going to improve an area where we definitely needed some help.”
Login to Quote

Neal
5 years
Grenier is a brilliant attacking player, I hope he does very well for you!!

squirmy420
5 years
Great start to this one mate! Can't wait to see how Grenier does for you.
Login to Quote

Griffo
5 years
WHERE IS MAUPAY! I WANT MAUPAY!
Login to Quote

Zed
5 years
Great player, Grenier will be one of your best players this career I'm sure.
Login to Quote

Hatem Ben Arfa and Remy Cabella were among the goalscorers as Newcastle United thrashed St Mirren 4-1 in Saturday's friendly in Scotland. Hatem Ben Arfa extended the lead in the 50th minute and 9 minutes later it was 3-0 when captain Fabricio Coloccini rose highest from a Remy Cabella corner to power in a header to the far post, the keeper had no chance.

Midfielder Remy Cabella - who, like Ben Arfa, are expected to fire Newcastle United up the ladder this season made it 4-1 just after the hour mark.

St Mirren would pull one back in the last 10 minutes but would only prove to be a consolation as Newcastle looked to strong and got there Pre-season program underway in good fashion.

We then flew to France for a three match tour involving Paris Saint Germain, Paris Fc and Nimes Olympique.

we got off to a bad start with a 2-0 loss to PSG, a match where we didnt really create any chances and got comprehensively outplayed. We did bounce back though with two consecutive wins, and comfortable to, new signing Emanuel Riviere bagged a brace in the 2-0 win over Paris FC to score his first goals for the club.

youth products Remie Streete and Tom Heardmen got on the scoresheet in our 4-1 win over Nimes and both players looked lively in the minutes they played, Remy Cabella and new boy Grenier all got on the score sheet with Grenier scoring a peach of a freekick.

Our Pre-season program ended with a win and draw against Carlisle and Portland Timbers respectively, Hatem Ben Arfa was particularly pleasing in these two matches scoring two goals whilst also causing constant havoc with his directness and pace

Griffo
5 years
How does Campbell develop in FM? I have never looked it up..
Login to Quote 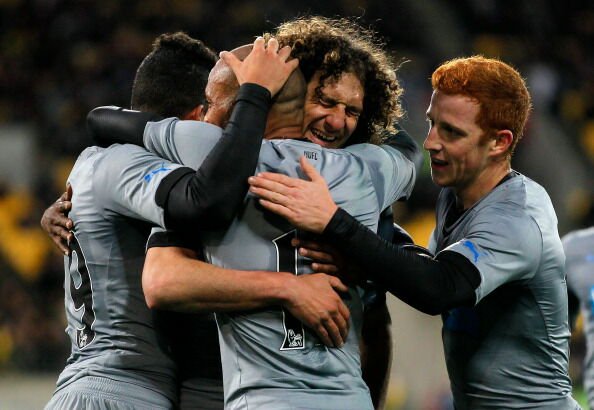 Salt Lake City got treated to a clinic on creative, efficient, aggressive football on Wednesday night. It came at the expense of the MLS All-Stars, though, with the Barcalys Premier League side cruising to a 5-0 victory in front of a standing capacity crowd of 24,287
Fabricio Coloccini scored his second goal of pre season for Newcastle United, who became just the fourth foreign club to beat the All-Stars in 11 matches. Mike Williamson, Hatem Ben Arfa and new arrival Siem De Jong made it 4-0 before the break .

Clement Grenier who only made his first appearance for the club in his last outing made it 5-0 13 minutes into the second half with a well placed shot from outside the area, again showing his ability to find the back of the net.


Coloccini, who only just passed a late fitness test before the match got the ball rolling in the 17th minute with another powerful header from another Remy Cabella set piece.

Newcastle United doubled their lead in the twenty second minute when Mike Williamson scored from close range after All-Stars goalkeeper had fumbled his initial header.

Hatem Ben Arfa would make it 3-0 four minutes later with an easy finish after great play from De Jong to find the frenchmen unmarked and he made no mistake by firing low and hard past the goalkeeper.

Newcastle United capitalized on an error from the opposing centrebacks as Siem De Jong raced onto a loose ball and cheekily lobbed the ball over the onrushing Steve Clark to make it 4-0.


In the 58th minute, Clement Grenier would wrap it all up with a beautifully placed shot past the goalkeeper, leaving him flapping at nothing and sending the 4,000 travelling fans in a frenzy, obviously delighted with the finish

The All-Stars, showing the effects of having just one day to practice together, struggled to connect in the attacking third for much of the night and rarely challenged the Newcastle United defence

MLS put just three shots on goal and none of them forced keeper Tim Krul into a strenuous save. Amazing result against a quality All-Stars side featuring Robbie Keane, Clint Dempsey and Micheal Bradley.
though its still only a semi pre-season match i believe if we show that commitment and quality throughout the season we will give the big boys of English football a real run for their money, Clement Grenier is already starting to be a crowd favourite and i hope his great form continues into the season ahead
Login to Quote

You are reading "Newcastle United - The French Revolution".