Justice
6 years
*NOTE* I do plan on completing this story. Once I finish the season which I'm currently in, I'll post seasonal updates to round up proceedings and put a rubber stamp on FM15.
Login to Quote

Well, we knew it was coming. The FM16 BETA is out now, although I'm yet to play it. I spent the last few days cramming as much FM15 in as I can, and I finally completed what I had hoped to achieve. There's not much I can say about the final two seasons, which you guys haven't seen, so I'll let the pictures do the talking! 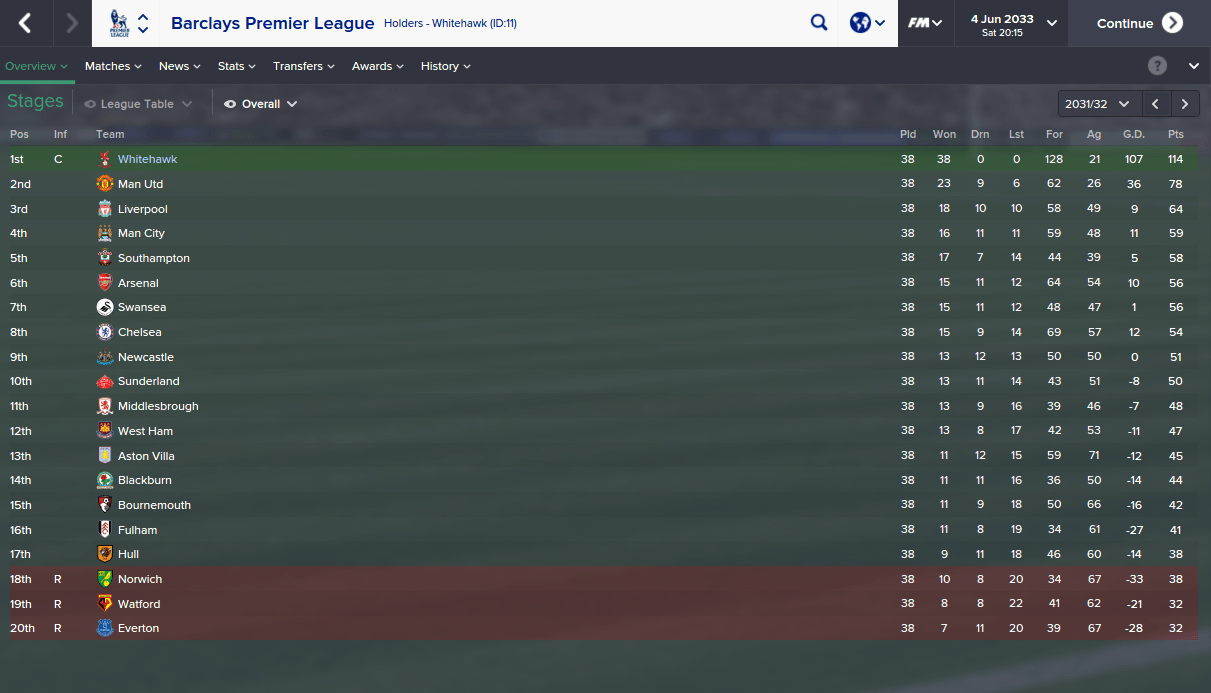 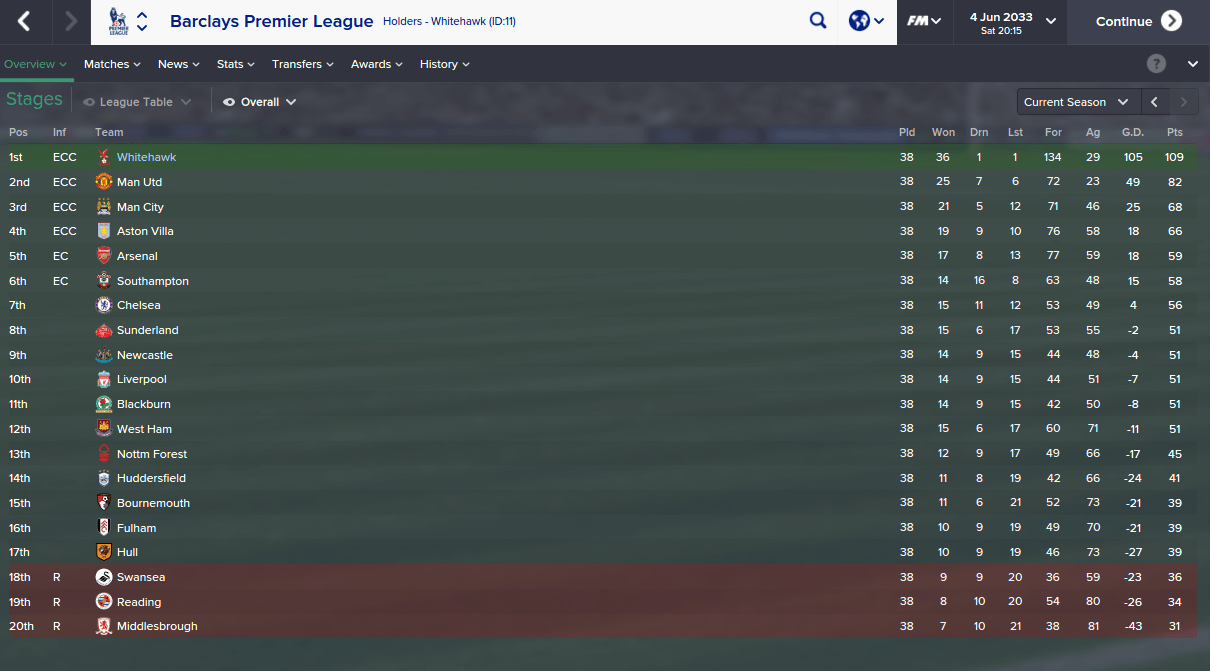 I accomplished what I set out to achieve, and I topped the Hall Of Fame! Never before have I achieved this feat in any FM, so it's a proud accomplishment for me. For some reason, my game glitched out and discredited every trophy I won before 2026 in the HoF, so it's missing a few in this. 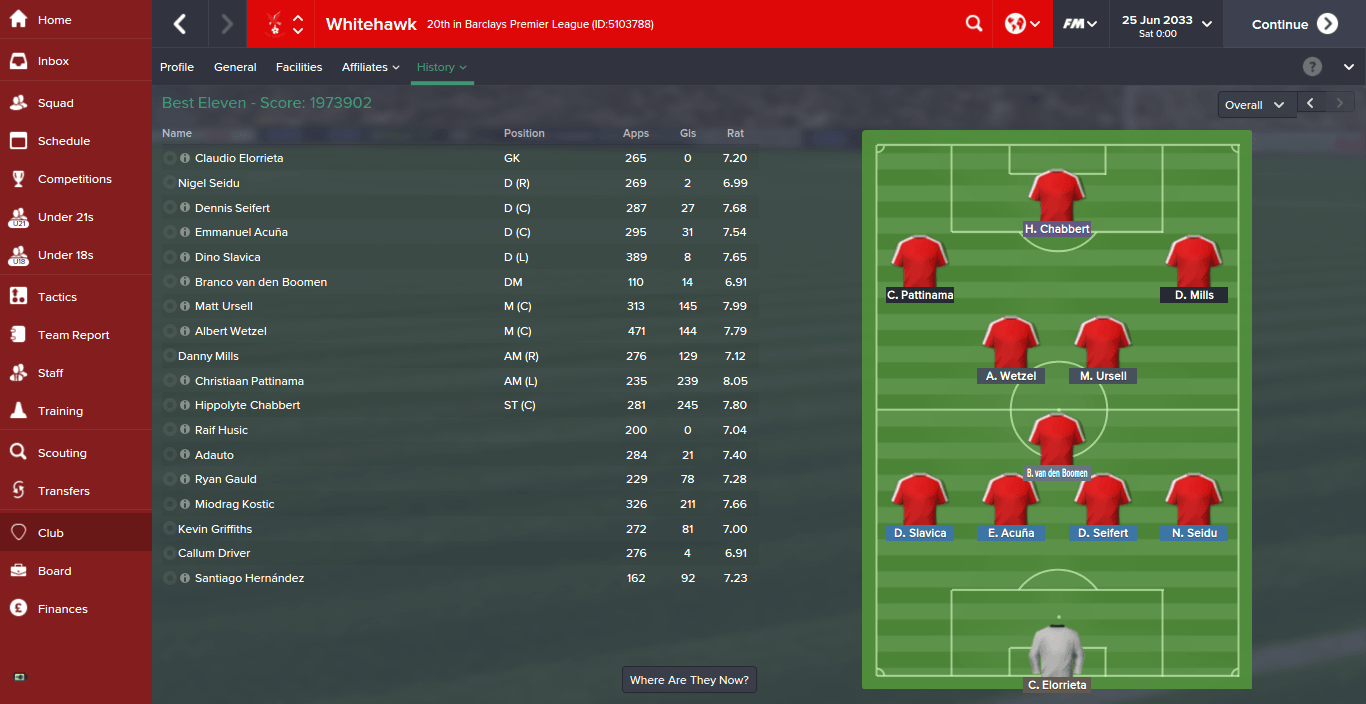 Well, it's undoubted than 10 of the 11 shown were my finest servants. Ellorieta was the best goalkeeper of his generation, and won many trophies between the sticks. Nigel Seidu was my DR from the very first season, up until our promotion to the Premier League. The partnership of Seifert & Acuna was world class, and we claimed many clean sheets thanks to them. Dino Slavica clocked up 389 appearances at left back. I don't quite understand why van den Boomen as it DM, I felt Adauto certainly deserved it for his many years of service. Ursell is in midfield, alongside my greatest ever player across any FM; Albert Wetzel. The Dutchman joined aged 17 and fit straight in to my team to play over 10 years in my starting lineup, picking up 471 appearances. Danny Mills holds the club record for league appearances and goals, at 323 and 142 respectively. Christiaan Pattinama scored more goals than games for the club, while Hippolyte Chabbert was our greatest ever striker. It's crazy to think that my midfield and attack of the last five years (Adauto, Wetzel, Ursell, Kostic, Chabbert & Pattinama) scored over 1,000 goals between them, and would have scored plenty more had I not put an end to this tale now. What a team it was, and they produced some unbelievable moments! 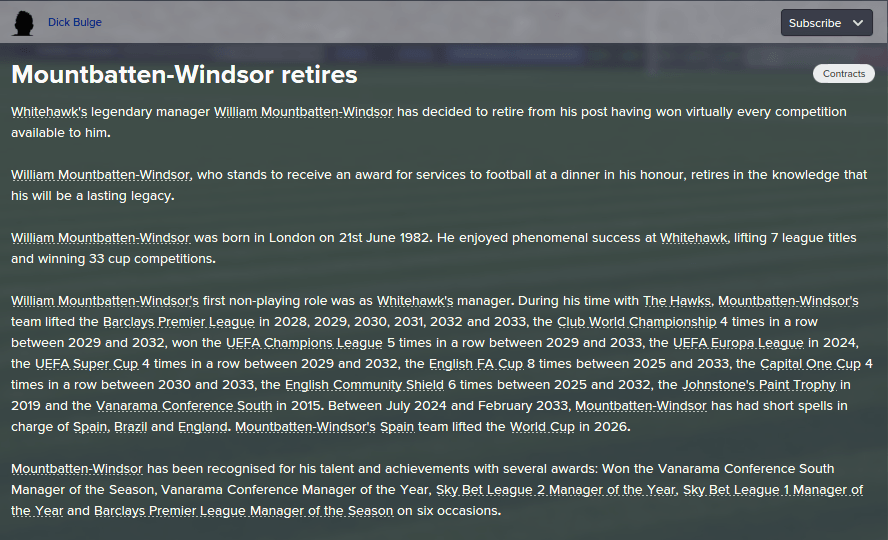 Well, everything has to come to an end at some point. What a terrific journey it has been. Thank you all for following, and I'll see you all again in my new story The Path To Power!
Login to Quote

A big thank you is in all order to the followers of this story. I very recently won the Story Of The Year Award, all thanks to the votes of you guys. While I never set out writing to win this award, it is a proud moment for me and I have to thank the people who voted for me!
Login to Quote

Live For FM
6 years
Congratulations on your recent Victory. I would like you to start a new FM 16 story.
1
Login to Quote