basham97
5 years
Grealish is loyal, good on him <3
1
Login to Quote 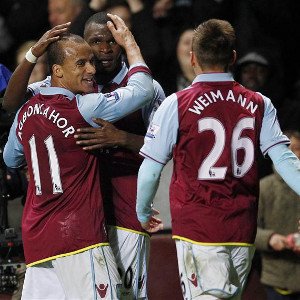 It may have had been a three game month but Aston Villa, who had winnable fixtures this month, could only manage one win out of three. The month started off very poorly with a weak 2-1 loss against Hull City.

Jack Grealish set Villa off to a flying start with a fantastic solo effort on the 13th minute, but after that the Villa youngsters, who were without captain Ron Vlaar faultered really badly in this match and Abel Hernandez punished Villa in the second with a brace to give Hull just there second victory of the campaign.

As Villa so often do they followed a poor performance with a absolute fantastic performance, but most of in particular was Ruben Garcia. The attacking midfielder has done amazingly well this season when given the chance and he was absolutely majestic against Wigan and scored two goals and caused on of the own goals in a 4-1 victory. This has been Aston Villa's problem all season and last season was the inconsistencies. They seem to be more than a match for the big teams but struggle against the sides that are scrapping for the relegation spots.

They then produced a gutsy display against a very physical Stoke side, but what most people do not know is that Villa are the best tackling side in the Premier League but that was not enough for Villa and Jordan Ayew and Dimitar Bertatov produced the goods to give stoke a great victory and they are flying high in forth place.

It is worth noting that when Jack Grealish has scored this season, Villa have lost every match. The Premier League is now sponsored by EE, this is because Barclays had to pull out due to spendning too much money on bonus's.

Arsenal and Everton are leading the way still. They have both scored 23 goals, are level on points but Arsenal have let less in so lead on goal difference. Stoke are just behind Chelsea in forth place with Man City and Man Utd just behind them.

Aston Villa are 11th but this league is very tight and are just five points off forth place but they have scored loads of goals, but let loads in too. Villa have scored 31 goals already this season but have conceded 26 goals and that has to change because they have so much potential.

Forest, Leicester and Southampton are still in the bottom three and look hapless to be honest. 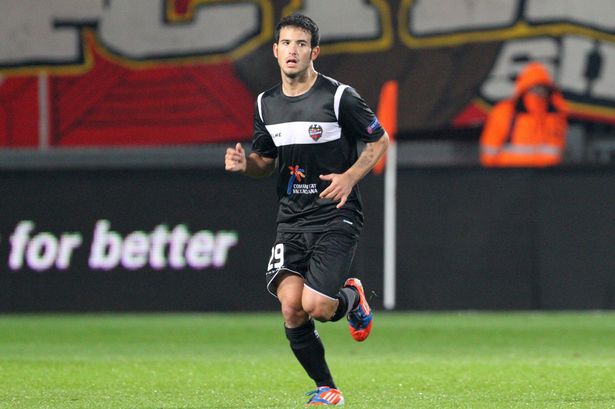 Ruben Garcia is such a quality player and for the amount of money Villa spent on him, he is going to be a steal. He looks assured on the ball, left foot or right foot, it doesn't matter to him and his skill is also top notch too. He knows how to score too so is a worthy winner.
Login to Quote

ImDonkey
5 years
Really good story! Keep it up +Grealish is a tank
1
Login to Quote

basham97
5 years
Shame about the loss against West Ham

Tallery
5 years
What a banner

Tanay Yeah Grealish is just unlucky but is awesome

Basham I have a unpredictable team! 
Amazingly Lionel Messi has been omitted from the shortlist for the Balon d'or this season. The Argentine midfielder is said to be shocked that he has not been included, Although Messi was out for 4 months with a foot injury, many feel he still did enough to get on the list but he hasn't made it thus opening up the whole award now.

It is thought Cristiano Ronaldo of Real Madrid and Falcao of Manchester United are deemed to be the favourites. Falcao had an amazing season in the last year, he swept aside everything in the Premier League last season, scoring over 40 goals and then you have Cristiano Ronaldo, who last year scored over 30 goals in 54 matches.

Robert Lewandowski and Luis Suarez are also in contention after impressing this season at Bayern and Barcelona respectively. Suarez, a £68,000,000 signing from Liverpool has excelled over the past 2 seasons. Suarez scored 23 goals in 36 appearances for the Catalan giants but Robert Lewandowski spent most of last season setting up the goals, rather than scoring them.

He scored 26 goals and assisted in 28 goals making surely one of the front runners for the Balon d'or.

The other two players deemed favourite for the title are Arturo Vidal and Arjen Robben have both been in amazing form too but as usually the Balon d'or is judged on goals, I would not hold your breath for either of these two to win it.

Vidal, however will feel like he has a shot. The defensive midfielder has been absolutely fantastic for Juventus this season but it looks like one of the others will beat him to it.

Robben is a surprise candidate but when you look at his career you would think that he would have won atleast one of these awards. It would be seen a big thing if he won though.

The result will be posted on 1st January 2016.
Login to Quote

Louis O.
5 years
Controversial. And quite funny. But still. Also, 250.
Login to Quote

Thank you to everyone for making me love doing this story. I hope to keep everyone entertained for months to come

Fairytale For Conference Side


The F.A Cup thrown up many fairytale ties in the past and this time is no exception. Aldershot, who defeated Dulwich Helmet, Cheltenham and Bury to reach the third round and have been rewarded with a home tie to Premier League side Aston Villa.

The estimated value of the clubs differ big style. Aston Villa, just took over by Mario Plattner, a billionaire Austrian Scientist, and you have Aldershot who are a semi-professional club owned by Shahid Azeem. 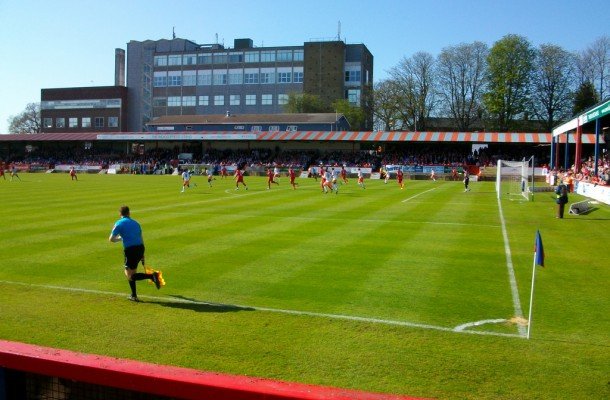 EEB Stadium will be the place Villa go to for the F.A Cup 3rd round clash against Aldershot Town

The match, which will be televised by Aston Villa's sponsors next season ITV is thought to be the fairytale of the round but no one is really expecting Aldershot Town to win. This is a dream come true for the club and crowd to be able to see a young, talented side like Aston villa come to The EEB Stadium and although we will more than likely lose, they will not be able to play there passing game because our pitch is awful said captain Sam Hatton.

The EEB Stadium, Aldershot holds 7,300 fans with 1,800 of them being able to sit down. There are 81 places between them this season but come kick off that will not matter one bit.

The match will take place on 2nd Of January when a new £26,000,000 signing will play. Who you might ask, well you need to wait to find out!
Login to Quote