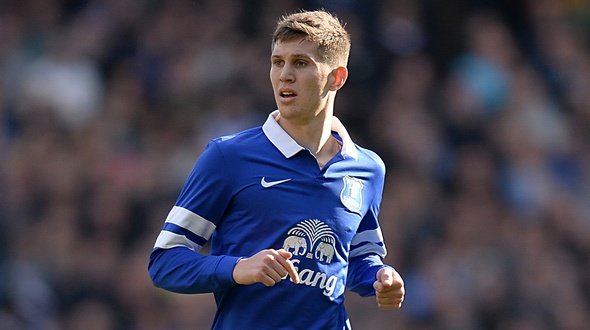 In a shock move, Aston Villa have signed former Everton defender John Stones for a fee believed to be £19,750,000. The England international was understood to be shocked that The Toffees wanted to sell him so he moved to Villa as they showed the desire to want him more.

Everton, who rejected a £21,000,000 bid from Manchester United wanted to cash in on the defender so they could explore other opportunities in the transfer market. New Villa owner Mario Plattner is definately showing his financial clought this window and has promised Villa manager Paul McGrath more money to spend if he needs to buy anyone else but he was just happy about the Stones deal. This shows that we are going places with this signing. I think that give us a couple of season's and we will be up there with the best teams in the league. We have Grealish, Volland and now Stones, which shows we are going in the right direction.

I am happy to be here at Villa Park. I could not believe that Everton wanted to sell me and I do not stay anywhere that does not want me. I can not wait to pull on the Villa kit and I am so happy that I am going to be in this amazingly great young squad that is obviously going places said Stones.

It is thought that he will make his debut against Leicester City this monday.
Login to Quote

Hortensius
6 years
Christ splashing the cash about a bit. Absolutely top drawer signings though stones is incredible
1
Login to Quote

InvertedWingbacks
6 years
great signing there in Stones man, well in!
1
Login to Quote

Ziechael
6 years
Wow, so much to catch up on. A real shame about some of those results but considering the whole club is undergoing major change i reckon a bit of inconsistency is excusable. Most importantly are the inspired signings, once settled Villa should be a real force to be reckoned with.

Next season should be very very interesting...

...just make the most of the rest of this one first!
1
Login to Quote

JackKn!feRoy
6 years
despite the BIG and MUCH changes ur kinda hanging in there:) love how the squad is forming itself. i aws thinking of a villa save but went with watford, great to see castaignos playing well

So many good players now

gl and keep this up really good and fast paced story till now:)
1
Login to Quote

No1VillaFan
6 years
Tallery Thanks, I hope he is going to be awesome for me

Hortensius Yeah I have got lucky, but Villa deserve this chance

Ziechael My aim is to be up there in 3 seasons, so lets see how it works, i may not have even finished in the transfer market then

Jackn!feRoy Yeah, we will easily stay up and I hope to have a F.A Cup run. Castaignos has been very, very impressive too this season I must admit. 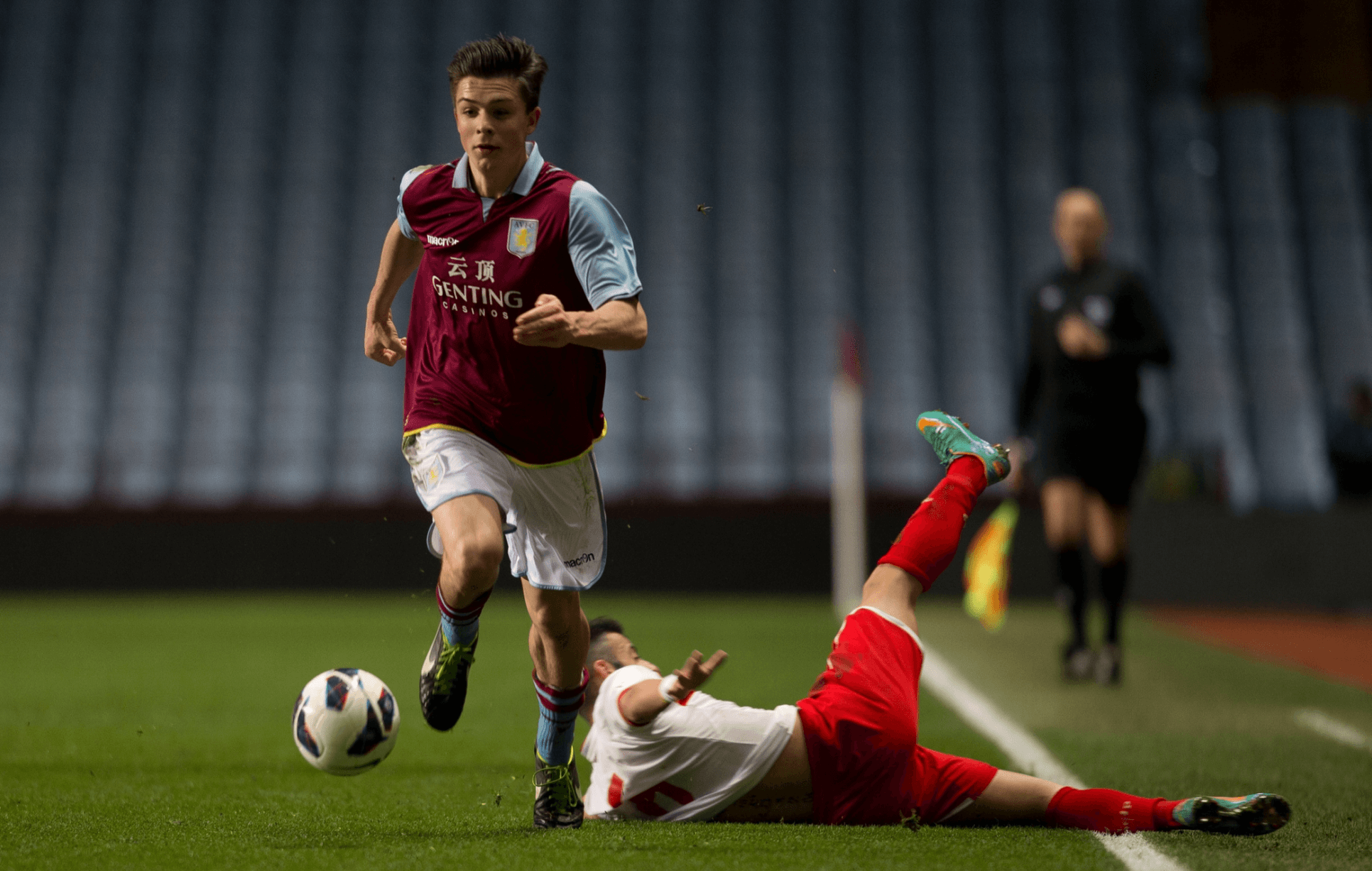 Grealish has been amazing this month

The thing with this Aston Villa side at the moment is that they can up there game against the league's big boys but then faulter against the sides below them, so lets start with the F.A Cup, where Villa played away at Aldershot and although Villa only won 2-0, debutee Kevin Volland got a 10 out of 10 rating and set one up and scored the other as Villa got a home tie against Watford for beating the conference side.

The F.A Cup forth round though was a different story as Watford came and parked the bus. Although Ruben Garcia scored in the 5th minute, Watford were more than a match and Troy Deeney got the goal to send it to a replay.

In the Premier League however, Villa were less than convincing although Kevin Volland was a rock in the attacking midfield role. Newcastle United started with a goal-less draw against The Villans. Villa were lucky to escape with a draw but they were not very lucky against Forest.

Nottingham forest then were the next opponents of Aston Villa, Kim Bo-Kyeung ruled the show in the match and scored either side of Jack Grealish to record a vital win for Forest. Forest were fantastic today, they dominated from the word go and to be honest deserved there win. I feel for Jack and Kevin because they worked tirelessly this match but the rest of the side let them down said McGrath.

If McGrath thought they were let down against Forest, they bounced back against Leicester. In a match where Luc Castaignos and Samuel Eto'o both were given starts and they did not let the club down as they both scored along with Grealish yet again this time though Jack Grealish was on the winning side.

Then followed another match against a struggling side in Southampton, in which was one of the most BORING games ever. There was just 3 shots between both sides in the whole match and that is the most we can report.

Then followed a wonderful match against United, where there was a scored penalty, a missed penalty and some dodgy refereeing decisions which cause Man Utd to win 3-1. The missed penalty was from Villan Ruben Garcia, who hit the ball so high it made the legendary Jaap Stam penalty look good. Manchester United were 2-1 up at that stage and Villa were in the ascendancy but Falcao, who has now struck 8 goals in 3 games against Villa finished the job off. 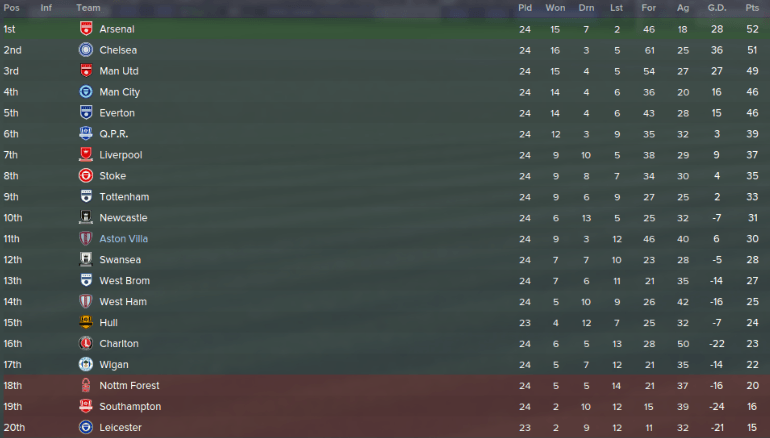 Well Everton had a shocking month this month because they were second at the end of last month but now Arsenal lead Chelsea by 1 point. Man Utd have made inroads this month and are now just 3 points behind leaders, Arsenal.

Q.P.R are in a high position in 6th place with Liverpool and Stoke just behind them. Aston Villa are on 30 points in 11th place but with 9 points separating 6th and 11th it is very, very close in the league at the moment. Leicester and Southampton look doomed in the relegation zone but Nottingham Forest have really rallied this month and now West Ham, Hull, Charlton and Wigan must be looking over there shoulders because in football we all know its better to chase than be chased. 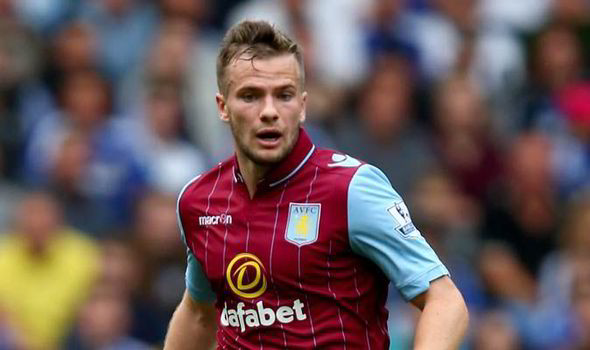 This was always going to be a tough one again. Kevin (Volland) has been amazing but I decided to go for an unsung hero and give it to Tom Cleverley. The midfielder and once Manchester United star is now producing some amazing football this January, he has a 8.21 average rating this month but the star, who was once labelled selfish by Sir Alex Ferguson is anything but selfish now. This is a team game, I am part of a squad that could potentially be fantastic in the coming years. I can not wait to pull on the shirt again said Cleverley.

Aston Villa have have six matches this month and with the transfer window closing soon it will be interesting if they bring anymore players in. The chairman has made it clear that there is money there if McGrath finds a player he wants.
Login to Quote 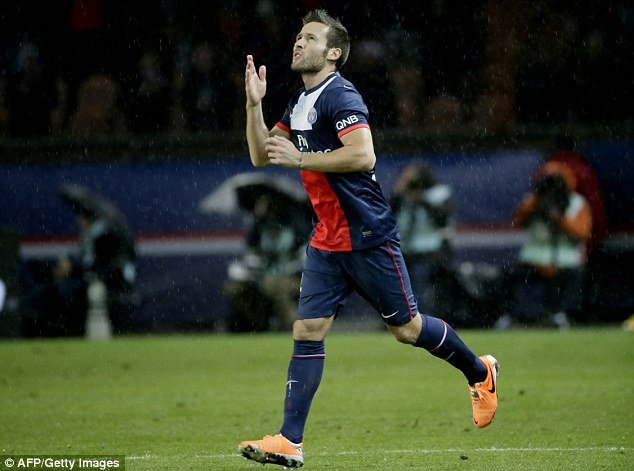 Aston Villa manager Paul McGrath, Chairman Mario Plattner and the board have pulled off what is an amazing deal in bringing Yohann Cabaye to Villa Park. Not only have they signed the Frenchman from Paris Saint. Germain but they are not paying a dime in wages as the deal of Deadline day actually sees Cabaye's old club pay Aston Villa £66,000 a week but the Frenchman has only signed a deal worth £51,000 a week meaning the the fee of £6,000,000 they have paid for him will actually be £2,880,000 because they will be giving Aston Villa £15,000 a week for nothing due to the contract. 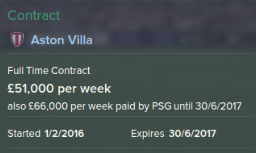 This deal is astounding and we can not quite remember a time when a deal like this was concluded and shows that new Chairman Mario Plattner has really got his head screwed on here because it would have been easy to just spend a lot, but Cabeye, who is 30 years old will bring that bit of experience to the side and the fact he is going to cost nothing in wages just proves what a club Aston Villa are becoming said Paul Merson on BT Sport. 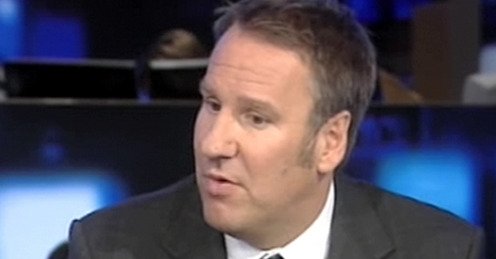 Cabaye started his career at Lille in July 1998, breaking into the first-team in 2004 and making a total of 191 league appearances, scoring 31 times for the club. He also made his France debut in 2010 against Norway and has gone on to make 27 more appearances for his country.

It is thought he will make his debut against Watford in the F.A Cup Forth Round replay.
Login to Quote

Zed
6 years
Woah that's an amazing deal! Great piece of business there. Cabaye is a great player, and you've got him for such a low price. Well done

InvertedWingbacks
6 years
amazing deal there man! he's a beast, and you've done well to get him so cheap!
1
Login to Quote

Feliks
6 years
Cabaye is a great capture for your club, hopefully he does well!
1
Login to Quote

TaT Yeah, thanks, I hope he performs now

Feliks I hope so too mate, I needed the experiance
Login to Quote

Susic Joins With Minutes To Spare 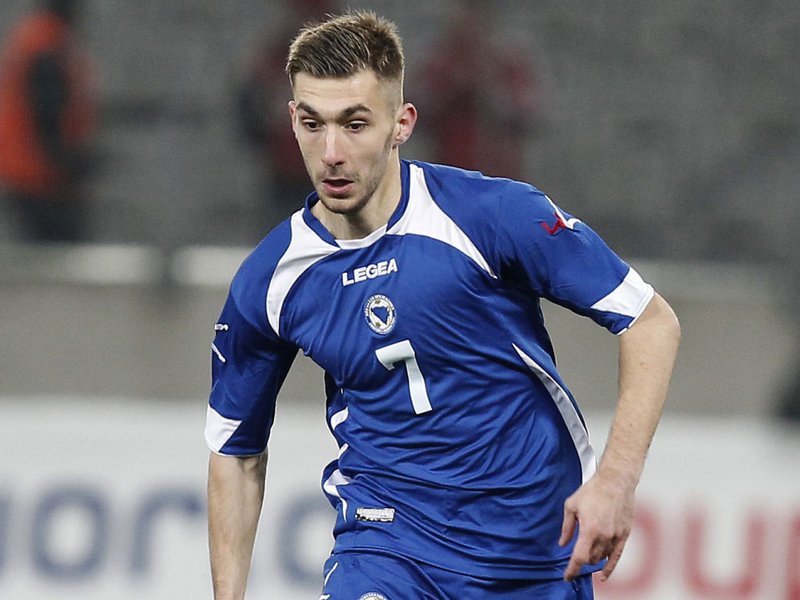 In what could prove to be the bargain of the transfer window, Tino Susic moves to Villa Park for just £99,000. The midfielder, who can play in Defensive midfield, central midfield and attacking midfield will provide a lot of chances for the 23 year old Bosnian to play.

Susic, who is a well known name across Europe, made his Bosnia & Herzegovina debut against Egypt in March, has gone on to make eleven appearances for his country and also has one goal to his name. He is a new signing at Villa Park, joining then from Croatian side Hajduk in February.

Tino Susic began his career at K Racing Club Genk in 2008/09. Susic then joined Standard Liege in July 2009 but failed to make a single league appearance for the club.

In July 2012 he joined Croatian side Hajduk Split where he made 96 league appearances and scored 12 goals. Susic's Hujduk side lifted the Croatian Cup in 2013.

Susic, who speaks very little English, spoke through a translator.

Ja sam vrlo, vrlo sretan da se ulazak u Premier League i Aston Villa . Ne mogu čekati da igraju u tako mladim tima talentiranih igrača . Želio bih se zahvaliti moj novi menadžer za najmanji vjeru da mi donese u da nauče više i učiti o najboljem ligi na svijetu.
I am very, very happy to be joining the Premier League and Aston Villa. I can not wait to play in such a young squad of talented players. I would like to thank my new manager for having the faith to bring me in to learn more and learn about the best league in the world.

So Aston Villa's signings this season are now Volland, Susic, Stones, Cabaye and Mason Bennett for a total outlay of £56,100,000 which shows just how far Villa and there new owner Mario Plattner have come.
Login to Quote