McGrath: I Could Not Let Arsenal Get Him

Aston Villa again delved into the transfer market today to sign former Liverpool striker Daniel Sturridge for a fee believed to be £19,500,000. The England international, who was frozen out last season by Liverpool manager Sami Hyypia and became number 1 target for both Arsenal and Aston Villa.

I heard that Arsenal had bid £19,500,000, so I called the chairman and asked for permission to match it and he said yes straight away and Liverpool accepted. It was a big wait as Daniel decided who he wanted to join but my aim is to pair him up with Rondon next season and change formation for next season. Luckily for us he chose the lower deal and signed a £150,000 a week deal to join us and I can not wait to see Daniel play for us next season.

Sturridge himself was delighted to move to Birmingham to play for The Villans, I accepted Villa because they are going places, they have a great looking side and I can not wait to be part of that. I was impressed last season with the way they went about there business and in Salomon (Rondon) and me I think we could challenge for the title. As soon as Liverpool to me that Villa were interested, I new I would not play for Arsenal.

Sturridge joins Sule as new signings this season at Villa. Will they sign anymore? Stay tuned to find out.
Login to Quote

waslosing
7 years
This is a surprise for me! Strong deal (Y)
Login to Quote

Will Hughes Joins The Villans

Wonderkid Will Hughes today joined Aston Villa from Derby in a deal thought to be worth £10,250,000. The former England under 21 international play over 400 times for Derby and gave the club ample of time to get promoted but decided to take a chance to force his way into the Aston Villa first team and Champions League football.

Hughes played 30 times for the England Under 21's and scored one goal. The midfielder is looking forward to learning a lot while at Villa Park.

I am over the moon to sign for Aston Villa. I can not wait to play in the Champions League and learn from this group of talented players. I will work really hard to become a first team regular and I hope the fans will like me too said Hughes.

It is thought that Hughes has signed a £37,500 a week four year deal, which will hopefully see him into the England squad, either way it is a great for both Villa and Hughes, who now joins, Niklas Sule and Daniel Sturridge as new signings for Villa.
Login to Quote

Ziechael
7 years
Oh wow, you collared Sturridge in the end... in your face Arsenal!

Hughes looks like a bargain on the face of it, highly touted as a future star so a nice cheap(ish) price and reasonable weekly wage at this stage in his career is a result, i just hope he progresses as expected and not a flop

Ziechael Yes! I could not let Sturridge join Arsenal!

Jonte-23 Thanks dude!
Login to Quote 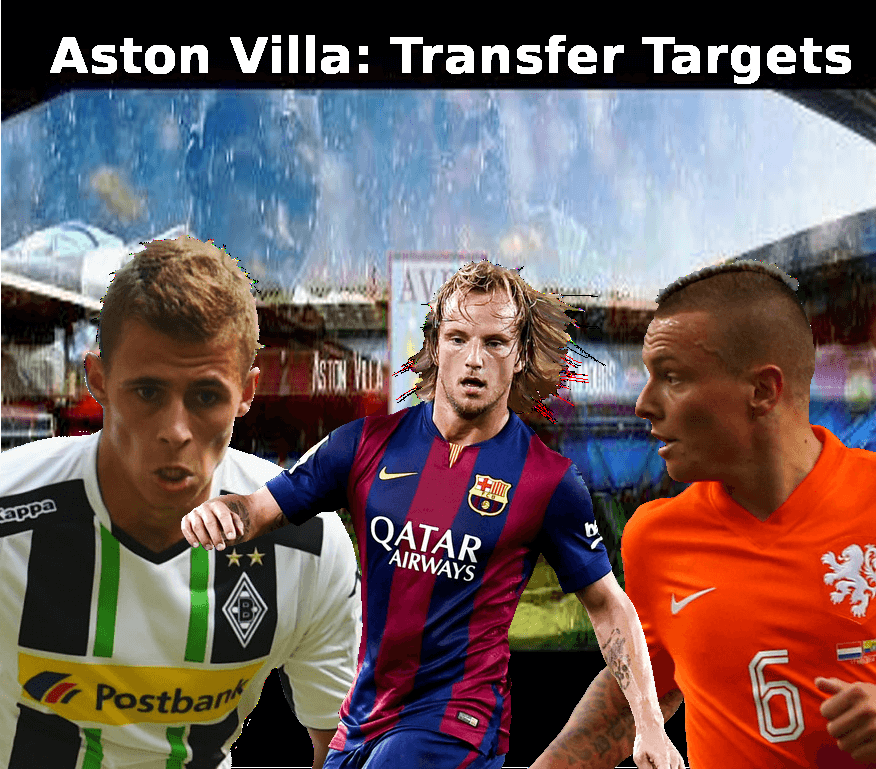 With Aston Villa seeming to buy very well this summer, it looks like manager Paul McGrath will delve into the transfer market for one more central midfielder to go with Englishmen Will Hughes & Fabian Delph & Tom Cleverley, Frenchman Yohan Cabaye and Brazilian/Portugese signing Gilherme. It looks to be out of three players for the last spot in the midfield area. 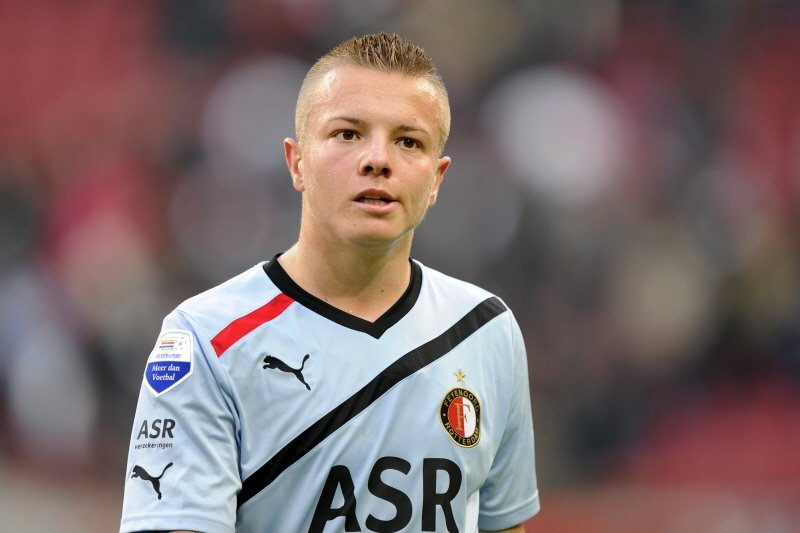 Clasie may become a Villan, but is deemed the less likely

Manchester City's Jordy Clasie, 26 is currently on the transfer list for just £11,750,000 having disappointed at City since his £18,000,000 move to The Ettihad Stadium. Clasie is said to be looking for a new challenge and to also try and force his way into the Holland squad again. With Villa looking only for a back up to the regulars, the question is will he be able to rediscover the form to fight his way into the Villa side again. 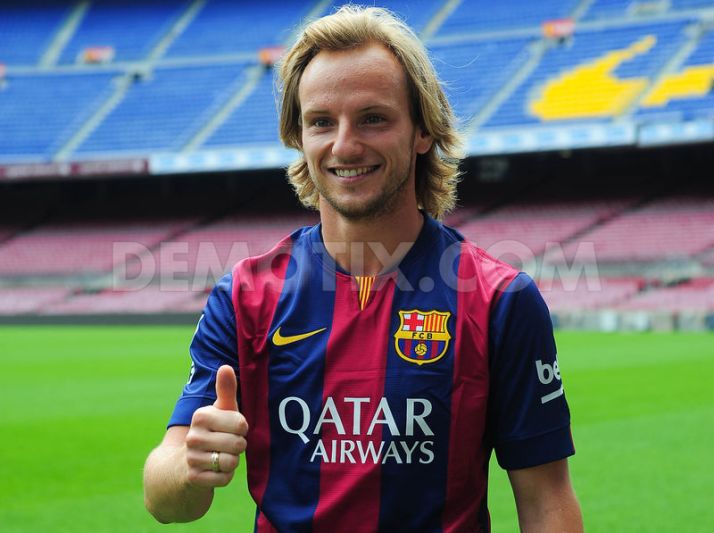 Rakitic could well be a Villan before long

It is understood that McGrath is also looking at Barcelona midfielder Ivan Rakitic. The 29 year old has been at Barcelona now for three seasons but has decided that he wants a new challenge. The central midfielder has played 79 times for The Catalans and has also played for Schalke, Sevilla and FC Basel in his career but with the midfielder transfer listed for just £12,250,000 it seems the best deal out of the three and they would get someone who is able to play in the Champions League. 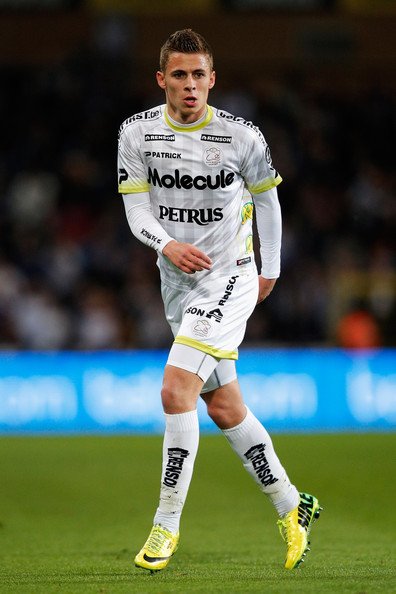 Hazard is the cheaper option

Lastly is Chelsea midfielder Thogan Hazard. The 24 year old Belgian has played at the highest level in the Champions League, all be it limited Champions League experience with Chelsea and would seem the better option to be a squad player. The Belgian has only played for Chelsea for 28 times in four seasons since signing for The Blues for £800,000 from RC Lens in France. It is understood that the Belgian is on the transfer list for just £4,600,000 and with A.C Milan interested too, it would need McGrath to work very quickly to secure the sale. 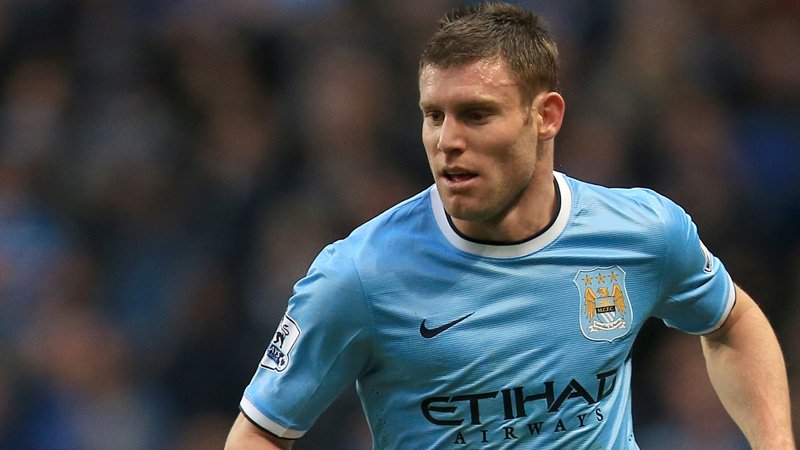 James Milner today went back to Villa on a free, seven seasons after leaving The Villans for £28,500,000. It is understood that when City told the Englishman that they were letting him leave, he contacted Villa to ask if they would want him and put pen to paper on a contract worth around £50,000 a week. Milner, who has 80 England caps to his name has just lifted the confederations cup with England and as he can play in central midfield too, works very hard for his team and Villa fans are understandably delighted he has returned to The Villans.

Fabian Delph today signed a new Aston Villa contract worth £45,500 a week four year deal. The Englishman, who made his England breakthrough just last season has been a big presence for Aston Villa over the 3 and a half years that Paul McGrath has been in charge of the Villa side and Delph was over the moon to sign a new contract, I am so happy to sign a brand new contract for the upcoming season in both the Premier League and the Champions League. I think we have improved the squad amazingly well and we will do well to launch a title challenge next season.

So Villa park is very busy these days so let the good times roll!
Login to Quote

Red Devil
7 years • Edited
Wow what a transformation since last time i read your story m8 !!

Great to see how your Villa Team may taste the Champions League next season.
And so i'm wondering how you will do and which opponents you will have to pass.

But what really surprised me are the names that you have signed !
Rondon, volland, .... how you do that? you really got such a big treasure chest hiding in your office? ^^

Keep up the good work man, hopefully you get the 1st league place soon and write some history + good luck in the CL !

(maybe for a midfielder you should scout the potential of Tielemans or Oliver ?
Btw Kishna can be an interesting winger if you need that ^^

Keep up the sweet updates m8 !!
Login to Quote

ARSENAL_ruleZ
7 years
Those could be some big signings if you could pull them off.
Login to Quote


Thanks all! I am honoured to already be at 25k views and 400 comments, I aim to entertain you all with the Villa story in the future

Aston Villa has been handed a tough draw to make it into the Champions League proper for the first time since 1982, when they won the old European Cup against German giants, Bayern Munich.

In a draw that contained Italian side Inter Milan, Spanish side Athletic, Ukrainian's Dynamo Kyiv and German side Beyer Leverkusen, it is thought that Villa got off lightly drawing PSV of Holland, when they could have drew a lot worse like Czech Republic side Viktoria Plzen did in getting Kyiv in Ukraine. Leverkusen drew Marseille and Athletic wil have to travel to Russia to play Spartak Moscow with Sporting of Portugal getting Inter Milan it is going to be a roller-coaster of a ride for Villans' manager Paul McGrath.

It is a tough draw but with the side we had, coupled with the amazing signings we made, things are looking positive for us this season. I feel we can attack the Premier League and the Champions League this season, but most of all we are back in Villa Park for the big matches and with 55,000 people cheering us on what better way than to play exciting football! said McGrath.

In a week where Villa refused to give Wayne Rooney a staggering £295,000 a week, Villa did sign a former Barcelona man in Ivan Rakitic. Rakitic, who played over 75 matches for The Catalans over three seasons, joins for £17,000,000 and will earn an estimated £185,000 a week, although Barcelona will pay £38,000 a week of that for his 4 years he will be with the club. Rakitic joins Sule, Sturridge, Milner and Hughes and with the apparent arrival of a £40,000,000 striker imminent too something special could be happening at Villa this season!
Login to Quote

Jamesg237
7 years
Two solid English signings with Will Hughes being a great addition to the club with an eye on the future! Keep it up.
Login to Quote

wellsy1498
7 years
Some great signings keep it up

Iconic
7 years
This story is fast becoming my favorite FM Scout ever (still can't choose between Glen T's FM 13 story) Sturridge for £19,500,000 is a good deal I am hoping that this doesn't mean less action for Rondon.
1
Login to Quote