Feliks
5 years
I have a feeling Bond won't stand for none of this shit, and it's about to GO DOWN
Login to Quote

Walter
5 years
Everyone Thanks guys, Bond may have to step in!
Login to Quote 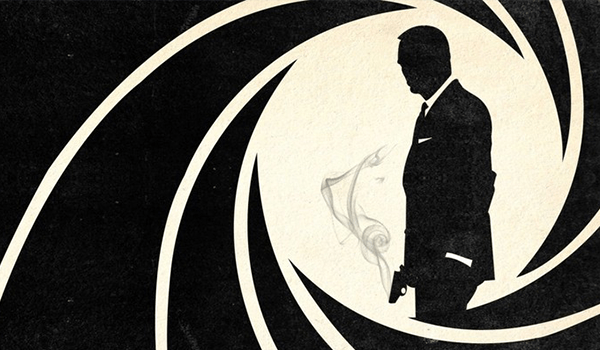 James Bond walked into the secret garage that Freddy Robinson, aka 'Mr. Inferno', had been using to store his illegal drugs before smuggling them across the border. The secret garage he'd found when he first arrived at the Polideportivo Misael Delgado.

"I know about you," 007 said to him. Robinson laughed back at him. "And I know about you too, Mr. Bond," he cackled. He was a short man, fairly plump and wore a fairly jaded jacket and shirt - like an ordinary businessman.

The garage was simple. There were stairs leading to the car park in the stadium on both sides. There were wooden crates lined up, all probably filled with the drugs Mr. Inferno had bought from large cartels in Colombia. At the back was a large safe guarded by a huge gate and two armed guards.

"You see, Mr. Bond," he started. "Because I know everything about you... I knew it would come to this. I HAD to kill you. Otherwise you were going to find out anyway.. and now you have."

They stood there for a second, both eyeing each other down. That was until Bond quickly spun one-hundred and eighty degrees and shot down two guards who were in the process of doing the same to him.

As he turned back around Mr. Inferno now had a gun. He fired but Bond commando rolled out the way and ran towards the large crates and took a seat behind them. He crept closer to Mr. Inferno but stopped to check where the two other armed guards had gone.

Beside the crate a large crowbar lay on the ground. He picked it up and silently shuffled around the large wooden box. He could hear the footsteps of the guard approaching and as he turned the corner Bond knocked the life out of him.

The second guard fired but Bond was quicker with his gun, the Walther PPK, and he fell to the ground bleeding. Bond darted to the other side of the room, evading Mr. Inferno's bullets as I ascended the stairs to the corner of the garage. He locked the entrance meaning that it was just Mr. Inferno and him, alone.

Mr. Inferno clicked the trigger on his gun but nothing happened. He pulled it again but with the same result. In frustration he slammed his gun on the ground and it shattered into pieces. A spark flew through the air and it caught alight on something inside a wooden crate, as flames quickly covered it.

Bond returned to the ground and chased him. It seemed he had a backup plan, however, and that was confirmed when he grabbed a metal disc. Like a Frisbee he threw it and Bond was forced to duck from its curving arc in the air.

Mr. Inferno flicked a switch and the gates to his safe unlocked. Bond quickly chased after him. He was just about to run through until the spy cleaned him up on the ground. He grabbed for the crowbar he'd left on the ground and swung it at Bond, but he clenched it gratefully in his right hand.

The American managed to escape from Bond's grip and run towards the safe. Bond chased after him and again leapt through the air to tackle him to the ground. He got up again and went to open the safe as 007 still lay on the concrete floor.

The safe clicked and it was too late to tackle him or shoot Mr. Inferno. He was free to escape down this chute that Bond did not want to follow him in to. He thought he had won. "Well, I'm glad we got the chance to chat, Mr. Bond, so long!" he said with an evil grin spreading across his face.

As he laughed away Bond picked up his Walther PPK. He fired one shot at the vault door, causing it to swing shut prematurely. Before Mr. Inferno knew it a huge titanium vault door was flying towards his face, knocking him to the ground.
Login to Quote

edu1878
5 years
Of course Walter chooses the Walther as Bond's gun of choice, well that and realism...
Login to Quote

Feliks
5 years
The writing tho...

Bond gets there just at the death, Mr Inferno is done for!
Login to Quote

Justice
5 years
Not sure if FM story or GTA story...
Login to Quote 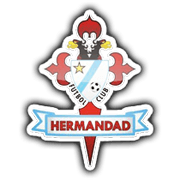 American oil tycoon Freddy Robinson, said to be the man touted to take over from Kelvin Mea Vitali at the helm of recently promoted Hermandad Gallega FC, has abandoned negotiations and instead Singaporean Johan James has taken ownership of the club alongside a fellow director who will help run the footballing aspects of the club.

James, 49, is the owner of several high end casinos all over the globe, and has flown over to Valencia from his base in Singapore to sign the final paperwork with Mea Vitali. It is unknown when the deal will be officially completed but the media is speculating that a conclusion will arrive in the next few days.

The future of English manager James Bond is the biggest talking point of the deal. Johan James is said to prefer to install Pierre Ausilio, who has worked as a Director of Football at many clubs before.

In order to secure his job, Bond must prove to the new Los Gallegos hierarchy that he is the right man for the job, even though he managed to secure a surprise promotion to the Segunda Venezolana with his side despite financial limitations.

The financial situation at the Valencian club is okay at present but is predicted to deteriorate in the future. Under Mea Vitali's chairmanship the club's balance declined into the so-called 'red zone'. He was said to have favoured player sales but no suitable offers arrived for key players such as Reyes and Granados.

Hermandad Gallega were recently promoted to the Venezuelan second tier and pundits are already suggesting Bond's side just don't have what it takes to keep their heads above water in the new division.
Login to Quote

Time for Bond to experience a real football manager's problem

Perfect for you then