Walter
7 years
Feliks Maintaining it is the goal now, no doubt about it!
pompeyblue Yup it was a much better performance this month. The drubbing of Mineros de Guayana B will definitely give us confidence heading into October.
Justice ^
Pauker That win was when everything clicked and I think things could turn into motion from here on in. That's certainly what, as manager, I'm hoping for.
Login to Quote

James Bond has dipped into the transfer market today, snapping up Brazilian midfielder Marcelo Borges on a free transfer after his Tanabi contract expired. The 22-year old is said to be relishing the chance to show his skills and pedigree.

Borges, full name Marcelo Dantas Borges, is most known for his time at Brasileirão club Ponte Preta, but has also had spells in the lower divisions of Brazilian football - with teams such as São Carlos in 2008 before moving on to Esporte Clube Juventude to play in the Série B. After one year at the Estádio Alfredo Jaconi Marcelo Borges dropped down to play for José Bonifácio in the fourth tier.

After some notable performances at the club he was spotted by São Paulo side Ponte Preta as they looked to make the jump to the premier division of Brazilian football - which they did that season in 2011.

But after the 2012 season the midfielder was subsequently released from the Macaca and spent a year looking for a club. In 2014 he signed on at Tanabi but failed to make an impression at the smaller Paulista outfit.

That is what his career has lead to so far and the Brazilian will be looking to Hermandad Gallega as a place to restore a career which is slowly slipping away and turning into a large tour of Brazil.

"My career so far has been stop-start," admitted Borges, "But here I have the chance to start afresh. New manager, new country and new ideas. I can have a little more freedom hopefully to make things happen and I'm willing to listen and learn to really improve my career." 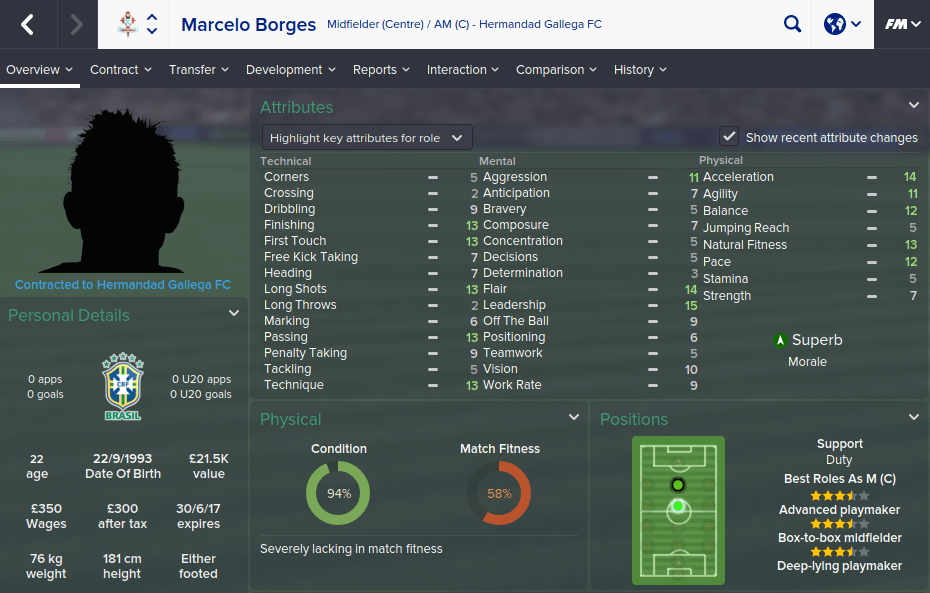 Walter
7 years
Feliks We'll have to wait and see

Walter
7 years
X-gam3r He may well be, we'll have to wait and see!
Login to Quote 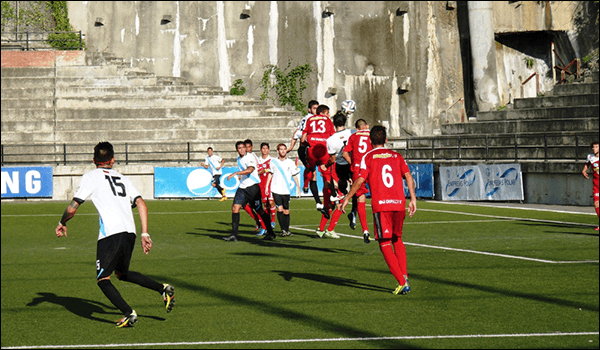 October was a promising set of results

After breaking through our winless start to the season with two wins towards the conclusion of September we took new found confidence into October, a month full of exciting matches against teams we hadn't faced before. A lot of scouting and preparation has gone into the matches these months and we hoped for results.

To begin with we faced Diamantes at home. They finished high mid-table the season before so I was relying on my fast counter attacking style to hopefully catch them on the break. In the first eighty minutes, that plan wasn't working. We had nothing to lose, however, and I urged the boys to keep pushing forward. Our diligence paid off: Freddy Granados tucked away a penalty and five minutes later our other flank player Archila hit home a late equaliser to ensure we came away with a point.

My players were turning into quite the comeback kings and only a matter of weeks after pulling off one two-goal turnaround we did it again versus Margarita FC away from home. Archila's two goals put us back on level terms and youngster Dervis Barrera was to prove the key in this match. On for the misfiring Reyes, he tucked away a late winner deep into injury time to gift us three more hard earned points.

Reyes was not misfiring next game and he put two balls into the back of the net just before half time, the second from the penalty spot, against fellow promoted side SC Guaraní. Although our club icon scored twice we couldn't hold on to our lead and I feel that was two points lost.

Our bumper game versus ex-Liga Movistar side Atlético Venezuela ended in misery, as they demonstrated their higher class. During the 4-1 loss, as I scanned the stadium I noticed someone staring directly at me with binoculars. After the game I would investigate.

On Halloween two Eduardo Cañas goals could not prevent a tough, but close 3-2 loss to Dervis Barrera's former side Atlético El Vigia. I wasn't too disheartened by this result but hopefully we can pick up afterwards. 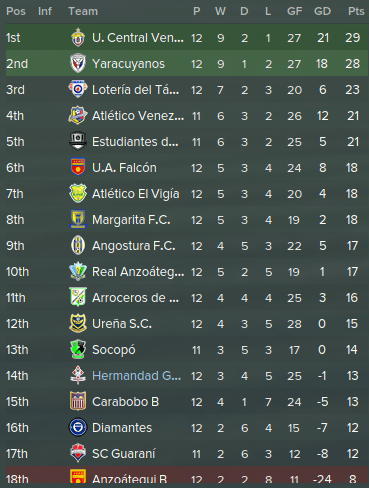 After a couple of draws and losses as well as a sole win in October we sit just above the relegation zone, a full five points clear of Anzoategui who occupy the final relegation place. 14th is a solid position and something to build on, it just feels good to have some wins on the board.

October Player of the Month 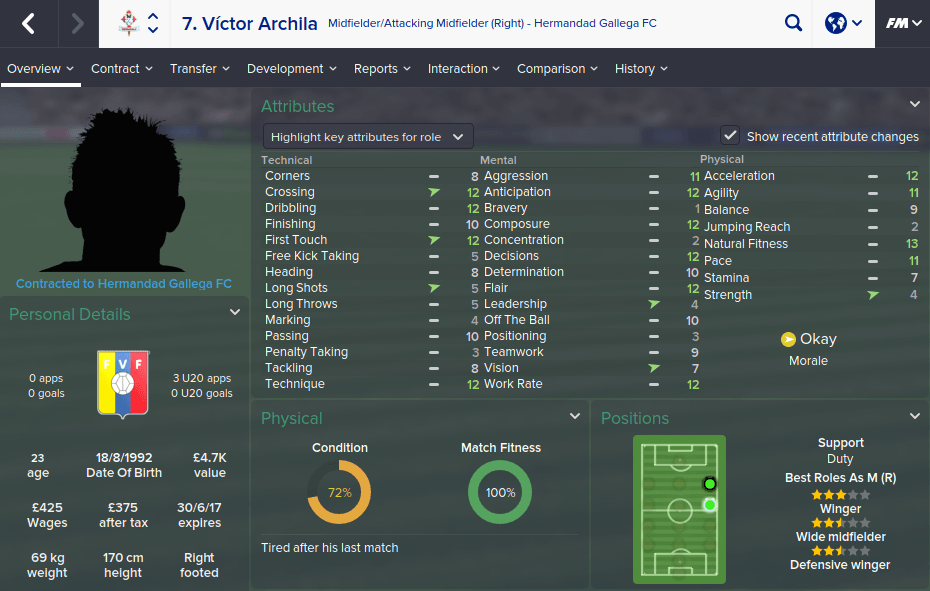 For this month's award, I'll be giving it to Víctor Archila. He managed to get on the scoresheet thrice, including two equalisers against Diamantes and Margarita respectively. It's reassuring to have another goal scoring outlet in the team bar the strikers.

The Man With the Binoculars

Whoever he is, I will find him. If someone else is here to watch me I best investigate because after the incidents of last season it seems impossible that someone else could want me dead. I could just be overplaying the whole situation but part of me is worried.

Find out next time...
Login to Quote

Feliks
7 years
I was falling asleep reading about the FM side of things (decent start btw) and then BOOM! Side story! I'm intrigued...
Login to Quote

Justice It will come soon 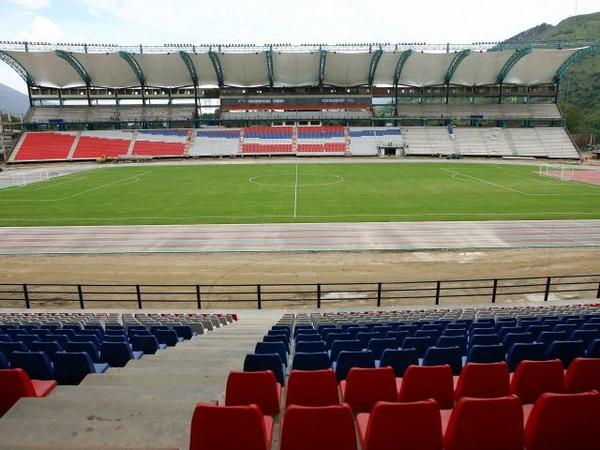 The final whistle blew and James Bond quickly shuffled across his technical area to shake the hand of the Atlético El Vigia manager. After that he instructed assistant manager Alvaro Valencia to handle the post match formalities as the Englishman had some business.

Bond had located this mysterious man watching him from the other side of the stadium. Bond ran through the tunnel and out of the gate of the Polideportivo Misael Delgado and quickly assessed his options. He ran to the closest corner of the stadium to him and quickly sprinted past it and to the opposite corner.

The exodus of fans meant it was nearly impossible to find who Bond was looking for. He was in search of a man with fairly dark skin, short black hair and a black leather jacket from what he had seen from across the ground. And of course, the binoculars. The Hermandad Gallega manager sifted his way through the ground and scanned the group for someone befitting the description.

He turned towards the gate again, and that was when he saw him. He was standing there, looking cautiously to either side. In his right hand he held those large, black binoculars that Bond had seen him looking through at the game.

Slowly and calmly, Bond approached the man, but he quickly caught sight of him and darted. Bond ran in chase of the mystery man and he was taken back inside the 'Los Gallegos' home ground. Through the turnstiles and the tunnels and back into the stands.

Bond glanced towards both sides and saw the man rushing through the large Western Stand, which took over one whole side of the stadium. Bond chased after him. The fold up seats made it easy for 007 to navigate his way through the seated area. The black leather jacket man quickly scoured in front of him.

In chase Bond leapt over two rows of seats and resumed running after the man. He followed him and inched closer until the onlooker turned back through another tunnel out of the stadium. Bond jumped over the railing and went inside, looking to where the intruder had gotten to.

He was racing towards the southern stand along the slippery concrete floor. He go to the corner of both the stands and was about to turn but his shoes lost grip and he slid along the floor. Bond followed suit and they tussled on the ground, until Bond had him firmly in his grip.

"What were you doing today?" Bond demanded. The mystery man didn't utter a word, leading to a fierce punch from Bond. "You've got one more chance," he said.

The man looked up, smiling. "I was spying, of course." He started to sweat and Bond tightened his grip on him, digging his spinal cord into the ground. The sound of a cleaning cart could be heard against the walls and floor of the stadium, and Bond turned around to look at who was coming.

Sensing his chaser was distracted, the man in the jacket managed to slip out of Bond's grip and before he could turn around he was back into the stands and free of his captor's hold. Bond grimaced, he had no energy left and was resigned to letting this man escape without a word.
Login to Quote

Feliks
7 years
A spy... but for who?
Login to Quote

Walter
7 years
Feliks That is the real question

edu1878
7 years
Bond but with less women and sex, but with added football. 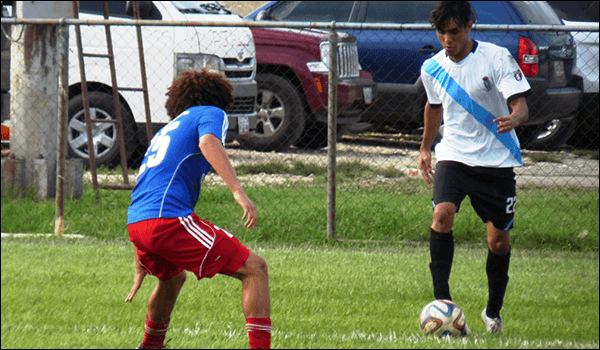 The month ahead ensued to be a tough one. Up against a mixture of opponents, there was one factor that they had in common - they were all either fully or relatively established in the Segunda Venezolana. This meant it was going to be tough for us to get many points but I was hoping for at least two or three.

As you can see we even managed to fall short of the small target I set. Lotería del Táchira was the only team in which we managed to nab a point from. The thing is we were lucky because their team scored both the goals in that game, just one at the wrong end.

Anzoátegui B were struggling and looked destined for the drop at this moment of time. I really wanted a win from this game and thought it would come. A 3-1 defeat, with our goal coming in the 90th minute and from a penalty, is a truly disgusting result and one I will not tolerate.

What came next was a game against Yaracuyanos, at not an ideal time. Obviously my harsh words after the last game didn't help one bit and although Archila found the back of the net for the fourth time in two months we slipped to a second defeat on the trot.

For the second time this month we were up against the second Anzoátegui side for the month - this time Lower Division reigning champions Real Anzoátegui. After going 2-0 down Reyes' strike put us back in contention but in our hunt for an equaliser we conceded the sealer. 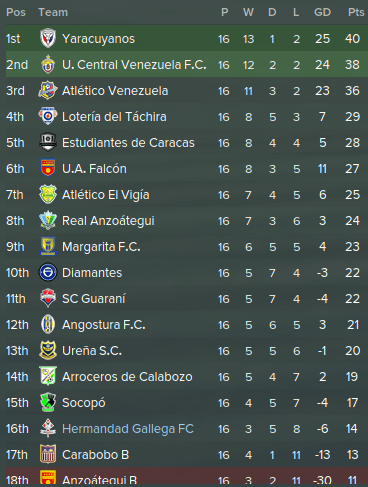 In 16th we sit dangerously close to the red zone, signifying relegation. An improvement is needed next month if we are to turn our season around. Whether that will come is a question I can't answer and it depends on whether my players can improve.

November Player of the Month

No one picks up the award because we were truly horrible this month. However, I am still fully behind the boys and I can back them to pick up form and finish the season on a high. The key to survival will be finishing 2015 on a high note.

Bond To Go For C License

It has taken a bit of persuasion but chairman Johan James has allowed me to take my Continental C License course. It will take a while but I'm positive I can get it and it's the right way forward for my managerial career.
Login to Quote