Justice
7 years
New contract is promising, I wonder who will join in the summer...
Login to Quote

Kippax
7 years
Justice - Yes, much will happen in the transfer window I believe...
Login to Quote 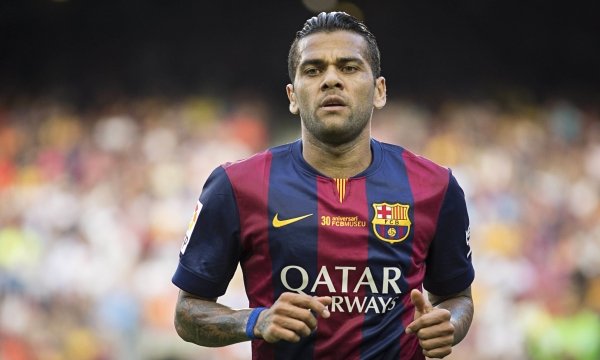 Dani Alves is set to leave Barcelona after failing to agree on a contract extension with the Catalan club. Several clubs, including Manchester United, Lazio and PSG, were interested in the Brazilian’s signature. However he ultimately chose to sign for Internazionale, receiving an astonishing €10m in sign-on bonus as well as a €180.000 weekly wage.

The 32-year old right-back started his career at Bahia in the Brazilian Série A. As soon as he became a regular starter for the team he quickly attracted interest from European clubs. He came to join Sevilla on a loan deal which was later on turned into a permanent deal for a shy €1m. It turned out to be a great deal for the Sevillistas as the emerging Brazilian would become one of the world’s best right-backs in just a couple of seasons. His great performances for Sevilla was topped by winning the UEFA Cup (now renamed Europa League) in 2007. He only spent another year at Sevilla before becoming one of the world’s most expensive defenders when he made the €30m move to Barcelona.

At Barcelona he became an integral part of a team that is widely considered as one of the best teams ever and has won everything worth winning with them. He made a total of 214 La Liga appearances for the Blaugraunas during his 7 season stay at Camp Nou. However, during his last season he and Barcelona couldn’t agree on terms for a contract extension, Alves wanted 3 years whilst Barcelona only offered him 2. When Spanish media got hold of the contract breakdown several clubs became interested in Alves, he was primarily linked with moves to Premier League and Ligue 1. Instead Alves chose to sign with Luís Figo’s Inter, a move the Brazilian defender seems to be genuinely happy about. He will however not be eligible until the start of the transfer window.

”I’m not going to lie, I wanted to stay at Barcelona. It is the best club in the world. But there were certain things we couldn't agree on. I am however delighted to have moved to Milano and Internazionale. The Italian Serie A is a league on the rise again and I believe this will be an exiting journey.”
Login to Quote 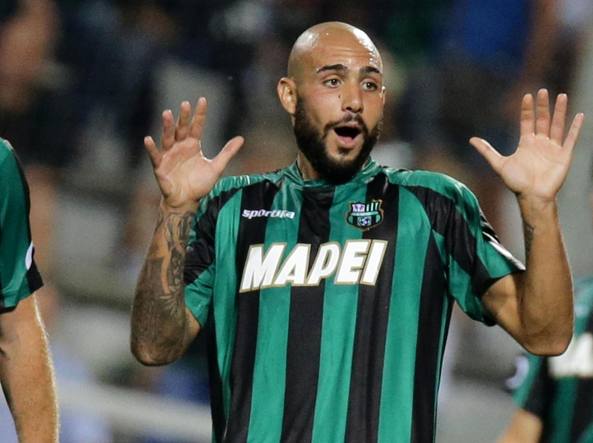 8 games ago Inter sat at 8th place in the Serie A with no hope of reaching top three and a with that, the chance to play in next season’s Champions League. But as the Serie A season came to an end they found themselves in third place, one point behind A.C. Milan and four points ahead of Napoli, Roma and Sampdoria.

What seemed to be another mediocre season just a couple of weeks ago turned into a great season. The reason behind Internazionale’s sudden success has been the form of the other teams rather than their own performances. The biggest competitors for the third place were Roma and Napoli. But both teams went far in the European competitions and were unable to concentrate on the league. Their performances kept them from getting the results going their way and they had several losses in the last couple of rounds against teams on the lower half. 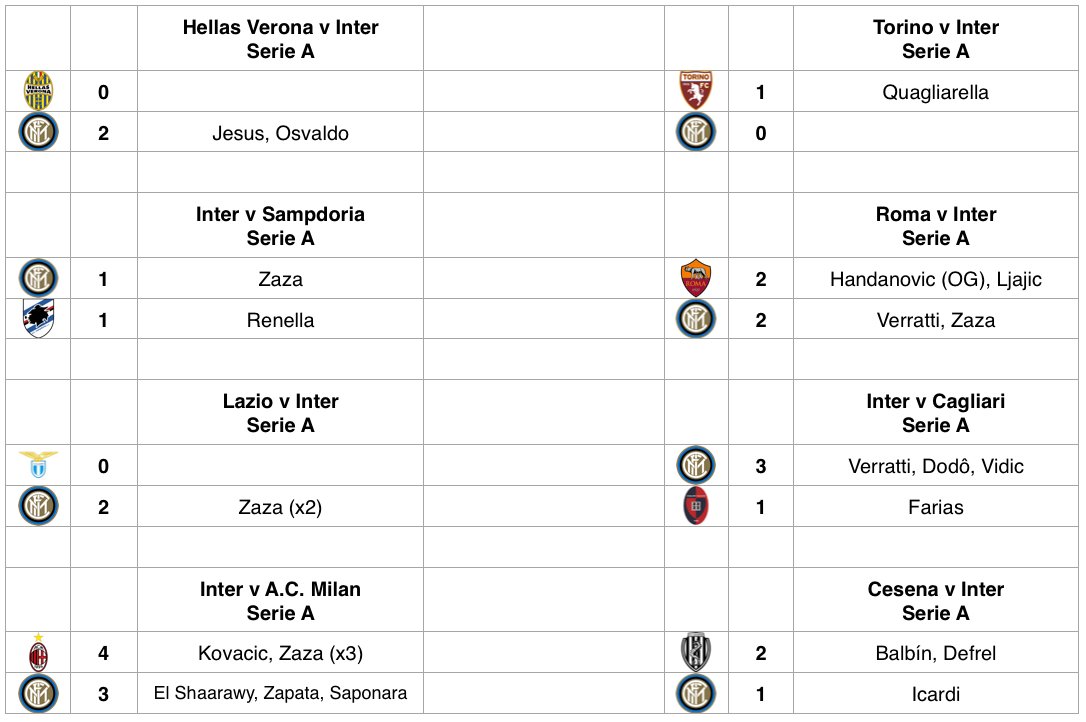 Without any European competition to worry about Internazionale could concentrate on the league. Even though they had some worrying results against Torino and Cesena they were quite safe being four points ahead of Roma, Napoli and Sampdoria. Inter’s by far best player in these recent games has been Simone Zaza with 7 goals in 8 games with 3 of them being against Milan in their 4-3 win. The biggest disappointment however was the late defeat against Cesena which cost Inter the second place and direct qualification to the Champions League. Manager Luís Figo commented on the matter but didn’t seem really bothered.

”Reaching the Champions League this season was our primary goal and we reached it. I’m happy. Losing it that late against Cesena was tough, especially as we lost the second place to Milan, but there’s not much to do, that’s football. We can’t think about that, we need to keep our focus on the upcoming Coppa Italia final against Juve.”
Login to Quote

Jer
7 years
So many goals for Zaza! Great write-ups and I can't believe how much money you have splashed in Alves. Hopefully he'll be like Maicon

Kippax
7 years
Pauker - He's been absolutely brilliant! Getting some serious cash from the board after qualifying for Champions League so money is not really a problem at the moment. Yeah I hope Alves will turn out to be a good signing, quite risky with the 3-year contract though!
Login to Quote