Kippax
7 years • Edited
Icarus - I hope I'll be able to do that! Thank you 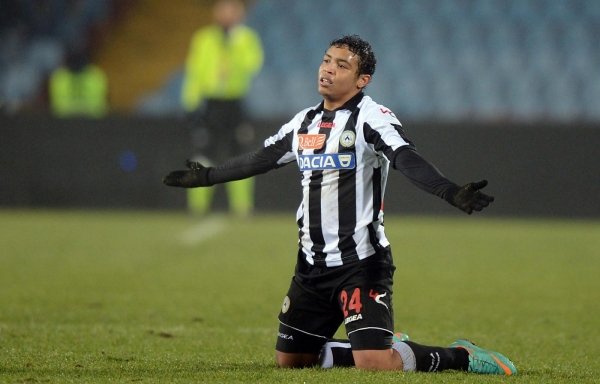 A more surprising arrival than last week's signing of Simone Zaza is 23-year old Luis Muriel. The Colombian-striker has had a decent season with Udinese and has scored 5 goals in his 12 appearances. The Udine-fans have been very disappointed with sell as Muriel is believed to have a bright future ahead of him.

Muriel started his career at Deportivo Cali in Colombia where he was an instant hit, scoring 38 goals in 43 appearances. His success gained attention from several European clubs but it was Udinese who sealed a €1.5m for the Colombian in 2010. He was instantly loaned out to Granada and the following season to Lecce. Since the 2012/13 season Muriel has been ever present in the Udinese team and has scored a total of 20 goals in his 58 appearances. He has been hailed by several football profiles as a great talent and has been compared with Brazilian Ronaldo due to their similar a play-style. Luís Figo recognised his immense talent and a €7m bid was launched. Muriel instantly accepted their terms and signed a 3,5 year contract with Inter granting him €25.000 a week.
Login to Quote 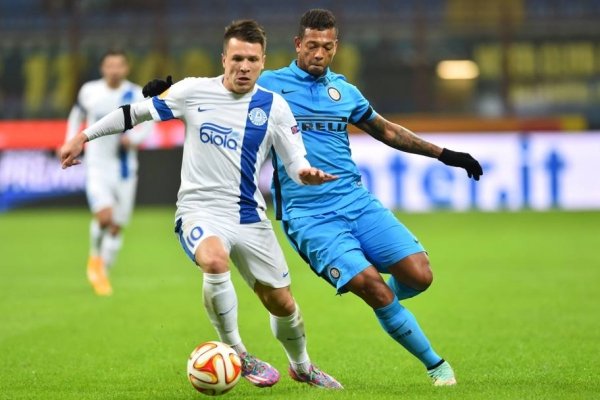 What seemed to be a draw in Inter’s favour may now be their exit-ticket out of the Europa League. In a tough away-game at the Dnipro-Arena Inter became completely demolished by Dnipro Dnipropetrovsk’s Portuguese winger Bruno Gama who scored twice and made two assists in their 4-1 win. 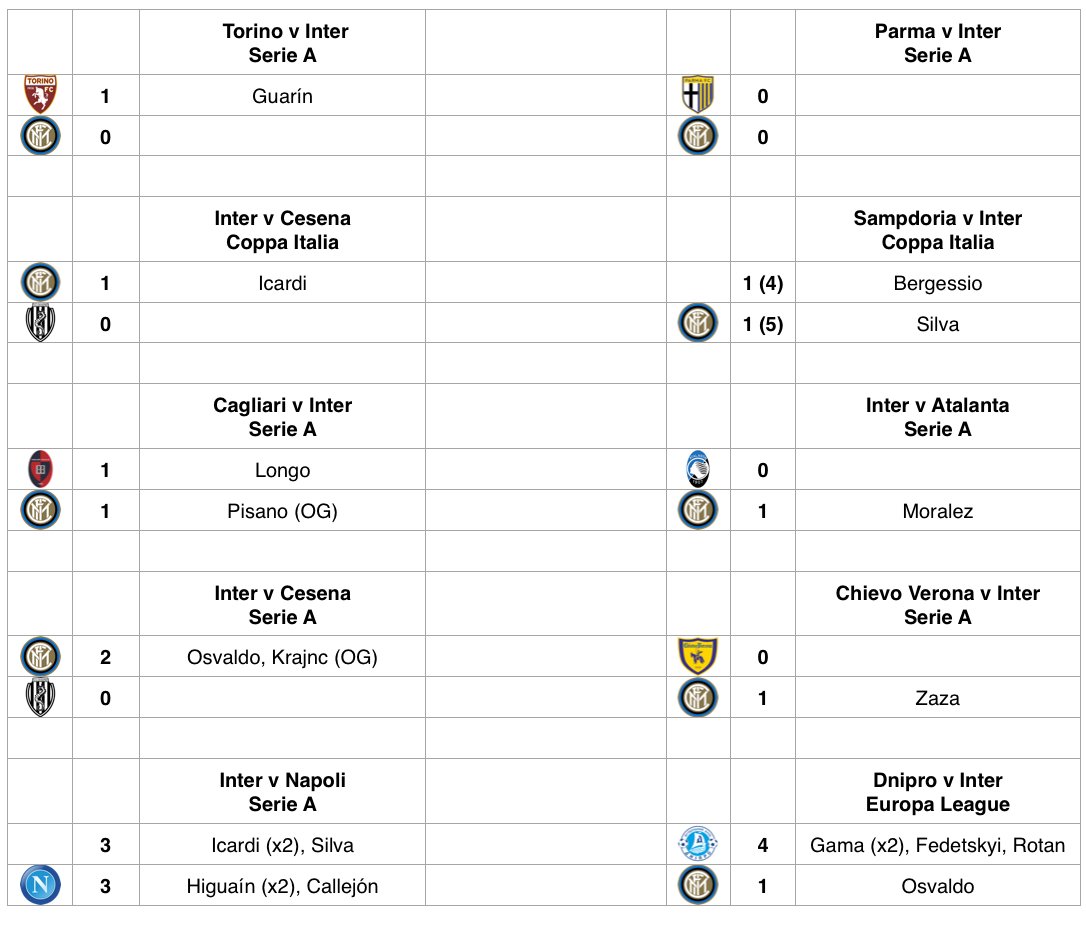 With the transfer window closed Marco Verratti, Simone Zaza and Luis Muriel are the players to have joined Internazionale whilst Hugo Campagnaro, Rodrigo Palacio, Rene Krhin and Federico Bonazzoli are the ones who have left (the latter two only on loan). The only signing to introduce himself yet has been Zaza with the winning goal against Chievo Verona. Internazionale has been in decent shape except a slip against Atalanta and a total meltdown against Dnipro which could cost them Europa League. Their only chance would be scoring at least four goals and concede none in the home clash.
Login to Quote

Kippax
7 years
No1VillaFan - Thank you! I hope he will

INTER TIES DOWN LEALI ON PRE-CONTRACT 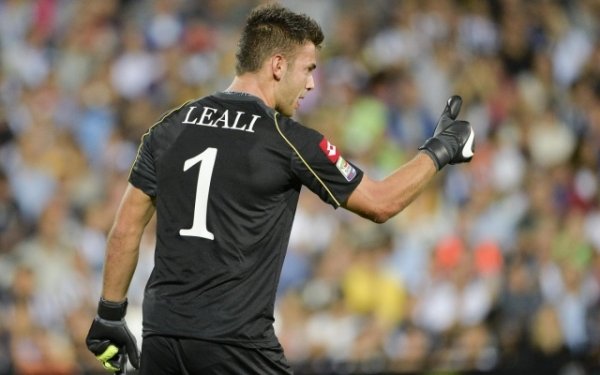 Juventus-owned goalkeeper Nicola Leali, currently on loan at Cesena, is regarded as one of Italy’s brightest goalkeeper prospects along with Simone Scuffet and Mattia Perin.
Leali, who's contract runs out in June, today announced he’s refused to extend his contract with Juventus and will instead join Serie A rivals Internazionale on a free transfer. He has signed a 4-year contract which will grant him a weekly wage of €10.000.

Born in Castiglione delle Stiviere in 1993 Nicola Leali joined his local team Brescia Calcio where he played until 2012. He made his debut for Brescia in Serie A in 2010 but became a regular starter only when they were relegated to Serie B in 2011. After an impressive season he was signed by Juventus for a fee of €3.8m. He was however instantly loaned out to Serie B side Virtus Lanciano for a season. The 2013/14 season he was loaned out to Spezia in Serie B and this season he’s been loaned out to newly promoted Cesena in Serie A.

The signing of Leali hints Samir Handanovic might be set to leave Internazionale at the end of the season. The 30-year old Slovenian has been in the form of his life this season and with a contract running out in 2016 many clubs are interested in his signature. Zenit St. Petersburg, Spartak Moscow and Napoli are just a few of those fighting over Handanovic’s signature.

"I'm very happy to have joined Inter. It's an honorable club with a lot of ambition and here I might actually get some time on the pitch. I see no problem moving from Juventus to Inter, I've never even played a game for them. I'd like to believe the fans think so as well."
Login to Quote 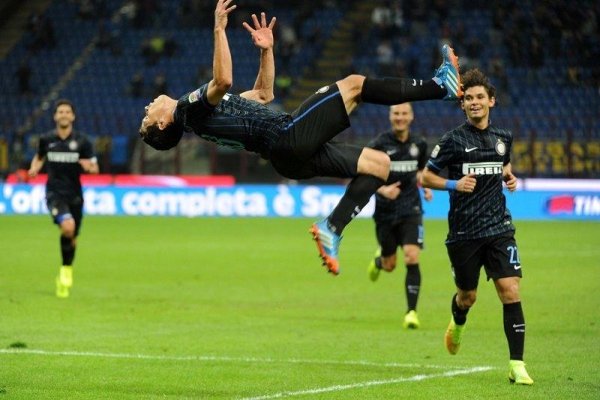 Following an impressive comeback against Dnipro with a 4-0 win at home Inter swooped past Bayer Leverkusen quite easily with a goalless away draw and a 2-1 win at home which brought them to the quarter-finals. But Luís Figo’s luck in Europa League ran out as Rene Girard’s LOSC Lille outmaneuvered Inter in a 5-4 aggregate. 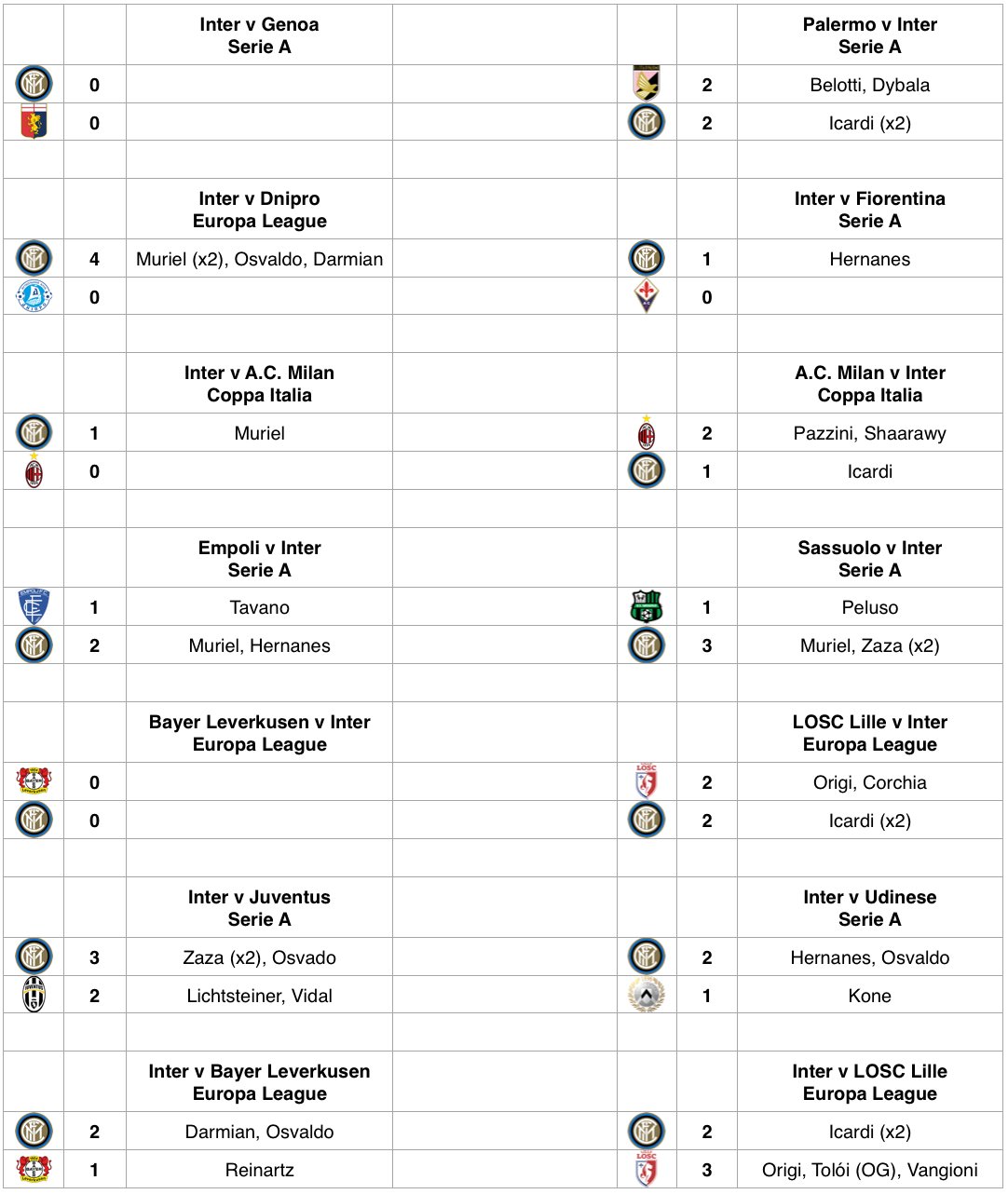 Going from an impressive comeback against Dnipro to a disappointing exit against LOSC Lille has without a doubt been tough for the Nerazzurri-fans. 30 games into the season Inter are sitting at 8th place in the league and are currently looking to miss out on next year’s Champions League even though there’s only a 6 point gap to Roma in 3rd place. The gap is theoretically possible to overcome but it will most definitely be a challenge for Internazionale.

After eliminating Sampdoria on penalties in the quarter-finals Inter was drawn against fierce rivals Milan for the semi-finals of the Coppa Italia. The derby della Madonnina always comes with a lot of passion and emotions but as neither one of the Milano-clubs are in their prime these derbies become even more emotionally loaded, especially if they’re in a cup game. This time Inter came out on top after a 2-2 aggregate winning on away goals. Reaching the Coppa Italia final was not expected of Luís Figo when he first took over 10 months ago and will definitely strengthen his position at Inter. The opponents in the final will be no other than Juventus.

Luis Muriel and Simone Zaza have already settled in at San Siro and the striker duo have performed very well in recent games even though mainly playing as substitutes to Mauro Icardi who has been in extraordinary shape. These players will be key if Inter is to beat the odds and reach the Champions League this season and also if they are going to have a chance against Juventus in the Coppa Italia final.
Login to Quote

walkinshaw
7 years
A disappointing season so far in the League and Europe mate but a nice consolation if you can manage to with the Coppa Italia.
Login to Quote

Kippax
7 years
walkinshaw - Yeah, we definitely need to make some reinforcements. I hope we can get a place in Europa League for next season at least, anything else would be disappointing.
Login to Quote

xavilin
7 years
nice story, discovered today and it's an interesting reading. used to more "game-like" stories, with screenshots and so, and this new (to me) format has captured my attention.
remember you can qualify for Europa League by winning the cup! (i am right, am i?)
Login to Quote

Justice
7 years
Getting knocked out of Europe is always a kick in the teeth but a cup final is always something to look forward to and hopefully you can overcome Juve! This story has been a good read so far, thank you for writing it

Kippax
7 years
xavilin - Thank you very much! Yes a cup win would mean Europa League for next year

Kippax
7 years
Justice - Yeah, thought we should have won against Lille considering our 2-2 draw away. Yeah, winning the cup against Juventus would be a great achievement. Thank you for your appreciation! 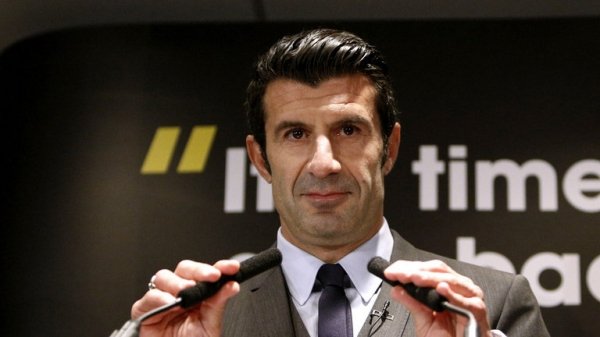 At today’s press conference Luís Figo and Inter Milan revealed that they have come to an agreement about Figo’s future at Inter. The 42-year old manager will extend his contract with Inter until 2018 which will grant him a weekly wage of €100.000. The former Portuguese winger says he is delighted with this extension.

”Of course, my job is only to manage Inter, but I see it as my mission to bring back the club’s identity.” Those were the words of an inspired Luís Figo at his last press conference following his contract extension.

Following the departures of the icons Javier Zanetti, Diego Milito, Walter Samuel and Esteban Cambiasso last summer Inter is facing a serious identity crisis. Who is the leader in the Inter squad in 2015? Andrea Ranocchia? Fredy Guarín? Juan Jesus? Although Inter have several promising players to their disposal they lack the credibility of a real leader figure. This was something Luís Figo mentioned as a serious issue and something that he feels the club needs to adress in the summer.

His statements has of course started speculation about what players might arrive at San Siro in the summer. The press is unanimous that Internazionale will work to sign more Italian players in order to create a stronger domestic core. The most frequently linked player is Sampdoria midfielder Roberto Soriano. Other players linked with the club are Cagliari’s 28-year old midfielder Daniele Dessena and the Empoli-duo Mirko Valdifiori and Lorenzo Tonelli. Milan’s talented winger Stephan El Shaarawy has also been linked with a move to city-rivals Internazionale.

Foreign players linked with a move to Inter are Shakhtar Donetsk-striker Luiz Adriano along with his teammate and fellow Brazilian Fernando. However it is yet uncertain if Inter will be allowed to bring in the duo as they’ve allegedly reached an agreement for the Argentinian centre-back Emanuel Mammana from River Plate and thus already filled their non-EU players quota. Another rumour that constantly emerges in the media is that Inter will try to bring Zlatan Ibrahimovic back to Milano. Luís Figo even took the time to comment on the rumour, although in a slightly mysterious way.

”If we are working on Ibrahimovic? Of course we are. He is a world class player, we always look to strengthen the team with players like him. Will he join us this summer? I don’t know, I’m not the man to ask...”
Login to Quote

JamesMilner
7 years
ibrahimovic would be an incredible signing even though he's quite old. Also congrats on the new contract
Login to Quote