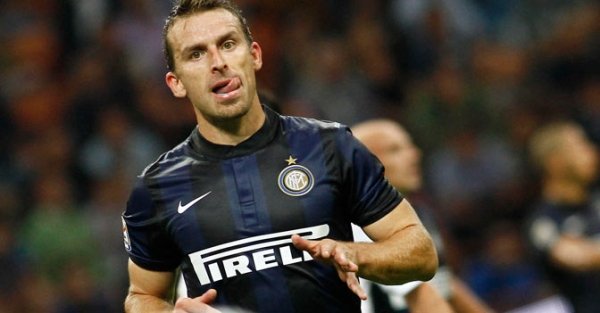 Upon his arrival last summer Luís Figo made it clear that Hugo Campagnaro would not play a major role in his squad this season, however the Argentinian centre-back refused to leave even though several clubs declared their interest. But with only 6 appearances in all competitions this season Campagnaro took to reason and accepted Mexican Léon’s contract offer. Léon will be paying €200.000 for the 34-year-old centre-back and 50% of his eventual next transfer fee will be owed to Internazionale.

The argentine centre-back was brought to Milano last season on a free transfer from Napoli by Walter Mazzarri. Campagnaro has been a long-time favourite for Mazzarri and has played under him at Sampdoria, Napoli and Internazionale. Mazzarri's big faith in Campagnaro and the lack of competition granted him 21 appearances for Internazionale last season. However his substandard performances this season has not justified his €56.000 weekly salary and Luís Figo has been pushing for a sale.
Login to Quote 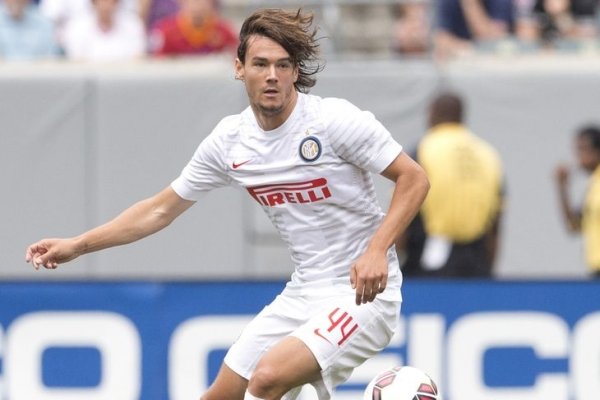 Several players have been out of favour since Luís Figo's arrival at Inter. The aging Argentines Hugo Campagnaro and Rodrigo Palacio decided to leave. Now its time for two younger prospects to leave Milano, albeit on loan.

Rene Krhin arrived at Inter at just 16 years of age but did not impress enough to get a shot at first-team football. In 2010 he joined Bologna where he became an integral part of their team. This did not go unnoticed by Inter and with Bologna’s relegation to Serie B last season Inter brought the young Slovenian back to Milano after 4 years at Bologna. This time he was supposed to become a part of the first team, although with only 10 appearances so far he hasn’t impressed anyone. Krhin is now set to join Sassuolo where fellow Inter-players Marco Benassi and Saphir Taïder are loaned out as well.

Quite surprisingly Federico Bonazzoli is also set to leave on loan for the remainder of the season even though he’s made 15 appearances in all competitions for Inter this season scoring 1 goal and 4 assists. Inter today announced that the 17-year old target man will join Pescara on loan for the remainder of the season. Hopefully he will increase his playtime and help Pescara in their push against promotion to the Serie A. However with Bonazzoli loaned out and Palacio set to leave for Moscow Inter will be left with only Pablo Osvaldo, Mauro Icardi and Libor Kózak to their disposal.
Login to Quote 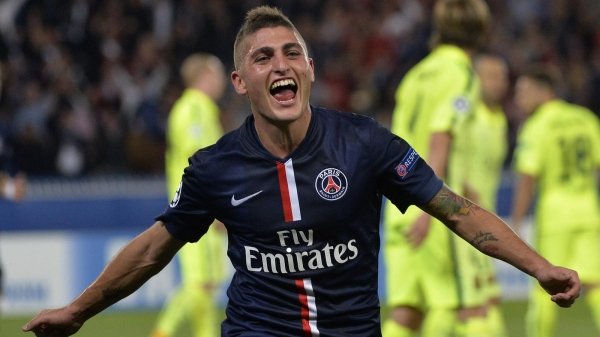 Internazionale and Paris Saint-Germain today confirmed that they’ve agreed upon a deal for the 22-year old midfielder Marco Verratti. The promising midfielder has been a key figure for the French club for 2,5 seasons and the sale of him has been greeted with great dismay by the fans. Verratti was said to be dissatisfied with his weekly wage of €20.000 compared to his teammate Zlatan Ibrahimovic’s €245.000. The reason behind his surprisingly low wage was that PSG could not afford to offer him any more in order to comply with their Financial Fair Play restrictions.

The Pescara-born playmaker was born in 1992 and joined his local team Delfino Pescara at 8 years of age. He made his debut for the senior team in the 2009/10 season at just 16 year of age and by the next season he was a regular starter. In the following season, under the management of Zdenek Zeman, Pescara was promoted to Serie A much thanks to the likes of Marco Verratti, Ciro Immobile and Lorenzo Insigne. Verratti was quickly recognised as one of Italy’s greatest talents and was chased by all big teams in Italy. However it was the Qatari-funded Paris Saint-Germain who bought him for €11m. After 2,5 seasons in the French capital he will now return to Italy and Serie A. Verratti has signed a 4,5 year contract with a weekly wage of €70.000 and will wear the number 14 shirt which is vacant as of Hugo Campagnaro move to Mexico. The fee for the Italian international is believed to be as low as €14m due to him and his agent's stubbornness to leave PSG.

”My time at PSG has been very rewarding and a great start to my career, but as an Italian I’ve always dreamed of playing for one of the big clubs in Serie A. Internazionale has great ambition and Luís Figo is a prominent manager which makes it an absolute honour to be here at San Siro.”
Login to Quote

Icarus
7 years
I would have kept Bonazza, hes amazing right from the get go.
Login to Quote

Kippax
7 years
Icarus - He's only bagged one goal for me so far... I hope he develops enough on loan to fit into the squad next season!
Login to Quote

LLMCrumble
7 years
Bozza is a cracking player, had him multiple times on FM with different clubs and fantastic to see Veratti returning to Inter, another class player!
Login to Quote

Kippax
7 years
LLMCrumble - Indeed, lots of potential in Bonazzoli! Will be interesting to see how he performs for Pescara during the second half of the season.
Login to Quote 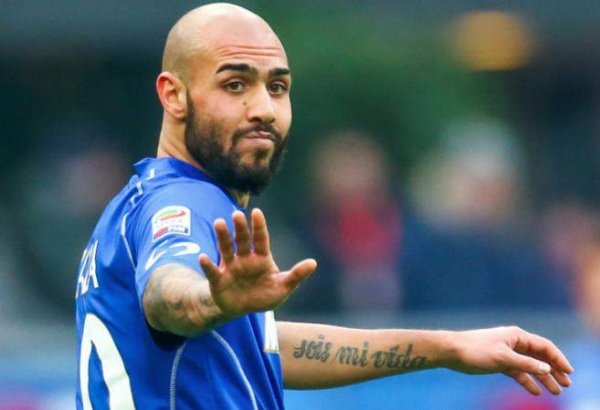 With the recent departures of Rodrigo Palacio and Federico Bonazzoli it did not come as a big surprise when Sassuolo striker Simone Zaza was heavily linked with a move to Internazionale. 23-year old Zaza has had a great season so far for Sassuolo with 11 goals in 19 appearances and several teams including Roma, A.C. Milan and Fiorentina have been fighting over his signature.

However the left-footed forward chose to join Internazionale. The deal is believed to cost Inter €10m plus eventual bonuses which could raise the fee with another €2m. The contract stretches over 4,5 years and grants Zaza a weekly wage of €55.000 which will increase to €70.000 in case he makes 5 appearances for the Italian national team.

Zaza was born in Policoro in the south of Italy, however he started his professional career playing for Bergamo-based Atalanta and later moved to Sampdoria. At Sampdoria he was subsequently loaned out to Juve Stabia, Viareggio and Ascoli where he scored a combined 29 goals in 57 appearances. His impressive performances attracted interest form several clubs and in 2013 recently promoted Sassuolo along with Juventus bought him in a co-ownership. After a successful first season at Sassuolo they bought him outright from Juventus for a fee of €7.5m. In his 1,5 seasons at Sassuolo he scored 18 in goals in 52 appearances.

"To replace Rodrigo Palacio will be very hard but I will to my very best. I'm very happy with my move to Milano and I hope to recreate my good form here. Playing for Inter Milan is a great honor and I'm sure it will help me to progress as a footballer."
Login to Quote

swanny8589
7 years
hopefully Zaza proves a big hit, hes a proven goalscorer and with quality players around him, he should hit 20+ goals a season
Login to Quote

TheLastOlympian07
7 years
enjoying the story. Keep it up bud
Login to Quote

Kippax
7 years
The Motivated One - Yeah, I hope he will be!
Login to Quote

Kippax
7 years
TheLastOlympian07 - Thank you and thanks for the follow as well!
Login to Quote