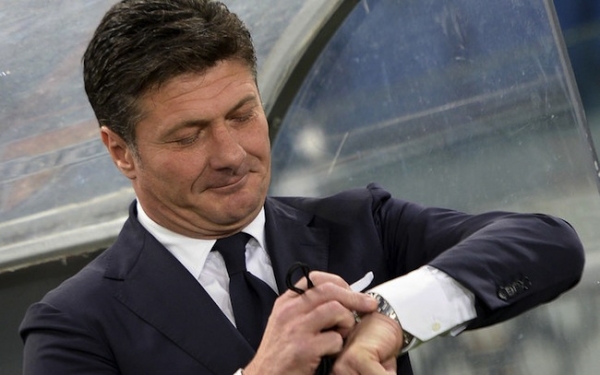 Today it was confirmed that Walter Mazzarri will step down as manager for Inter Milan as a consequence of last year’s disappointing performances. Mazzarri only lasted a season at the Stadio Giuseppe Meazza after replacing Andrea Stramaccioni as first team manager in May last year.

Following the success of 2010 with ’il triplete’ the expectations on Inter has grown bigger than they have been able to cope with. José Mourinho left an ageing team on a massive payroll that, without his guidance, constantly kept underperforming. His successors have been nowhere near of reaching the same altitudes with the team and have thus left Inter out of the international spotlight for several years. Last in line was the former Napoli manager Walter Mazzarri, backed by the new Indonesian owner Erick Thohir.

Inter’s season can only be summarized as a fiasco. The team's performances granted them with a miserable 5th place, as of this it was to no one’s surprise that Mazzarri got the boot from an increasingly pressured Thohir. With an unwillingness, or rather incapacity, to change his style of play from his trademark counter-attacking 3-5-2 to something more suited for Inter, as of this Mazzarri failed to deliver pleasing results and missed out on this season's Champions League action, which for a club of Inter’s magnitude is a gigantic failure. In order to restore Internazionale’s European reputation Thohir has promised further investments and to bring in a brand new big name manager.
1

Icarus
7 years
Hilarious picture, it goes perfect with the title. Good luck, I know you know your Serie A stuff so I'm sure this will be a very realistic story 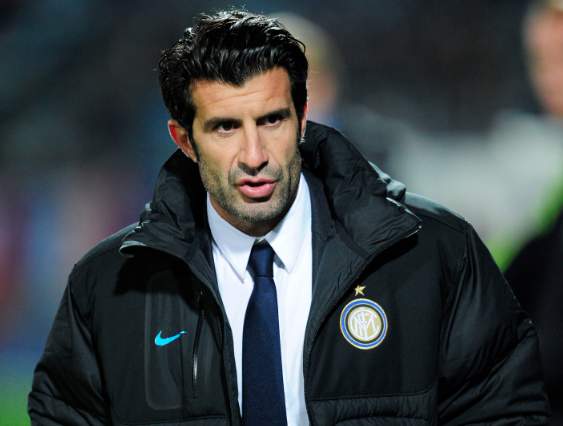 After being approached by Erick Thohir about a possible return to the Stadio Giuseppe Meazza, Figo quickly announced that he will be leaving his duties with UEFA in order to replace Walter Mazzarri. This will be the former winger’s first managerial experience after enjoying a rich playing career with over 500 games for teams such as Sporting, Barcelona, Real Madrid and Inter.

Figo, who has signed a 1-year contract with a weekly wage of €67.000, will be taking over a team which recently said farewell to several of his former teammates including legends such as Javier Zanetti, Diego Milito, Walter Samuel and Esteban Cambiasso. Replacing these icons will certainly be a challenge for Inter’s new main man.

”A move to Italy was always a dream for me, Inter made that dream come true and I will always be grateful for that. After I hanged up my boots I continued to live in Milano and I have been very close to the club which made this move the right one for me. I am certain that we will be able to turn the club around.”
Login to Quote

TheOtherSpecialOne
7 years
A very nice challenge and an excellent managerial choice, will definately be following this!
1
Login to Quote 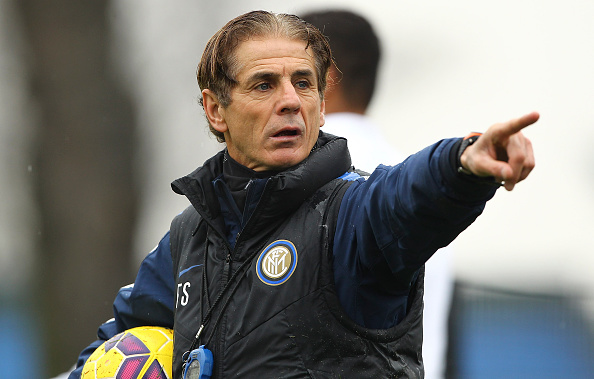 Assistant manager Nicolò Frustalupi has agreed of a mutual termination of his contract in order to follow Mazzarri to a potential new club. The move was to no one’s surprise as Frustalupi has been Mazzarri’s number 2 ever since his time at Livorno following him to Reggina then followed by Sampdoria and Napoli. As this had been expected for a while Inter have already lined up his successor.

51-year-old Fausto Salsano has been named the new assistant manager at Inter, replacing Mazzarri’s right-hand Nicolò Frustalupi. Salsano worked as a fitness coach during Figo’s years in the club as a player and thus the connection between the two. His most recent assignments were as a coach under Roberto Mancini at Manchester City and Galatasaray. Fausto is said to be delighted with a return to Milano following his years abroad.

”I worked with Luís for several years during his active career here at San Siro and if he’s half the manager as he was player he will become one of the greatest. It’s an absolute honour that he chose me as his assistant manager and I know we will get the results coming our way.”

Salsano is Figo’s first and possibly only change in the backroom staff. Word is that he has decided to stick with the same physios and coaches in order to prevent the hassles of phasing new ones in to a new club.
Login to Quote 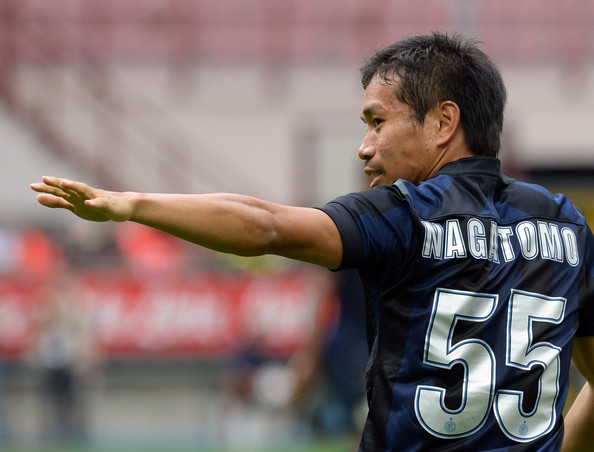 Yuto Nagatomo today announced he will be leaving Milano and Serie A for CSKA Moscow and the Russian Premier League. The Japanese left-back has been a regular starter at Inter since his arrival from Cesena in January 2011 making a total of 107 league appearances for the club and earning himself the honour of vice-captaincy. However, following Figo’s arrival at Inter Nagatomo was allegedly told he wasn’t in Figo’s plans and it didn't take long before CSKA Moscow approached Internazionale with a bid of €8m which the Italians quickly accepted.

28-year-old Nagatomo whose capable of playing anywhere along the left flank is believed to not have the right attitude to fit in under a Figo-managed team. His departure leaves Inter with just one dedicated left-back in Dodô, which opens up speculation for who they will target as a replacement. River Plate’s Leonel Vangioni has attracted interest from several European clubs and Inter is one of them. Udinese wing back Gabriel Silva is also believed to be an option as well as Napoli’s Camilo Zúñiga. 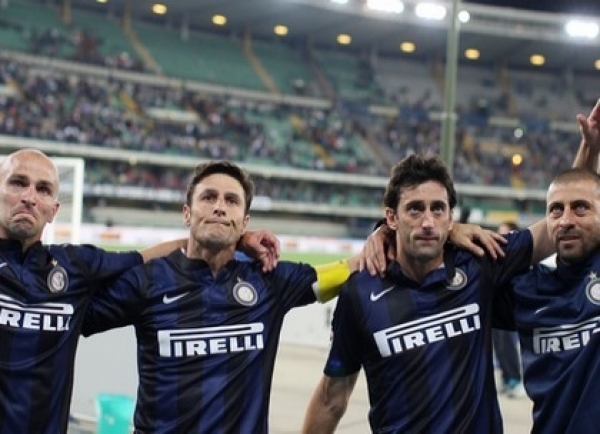 Javier Zanetti, Diego Milito, Esteban Cambiasso and Walter Samuel all left Inter at the end of last season. Players who have formed the spine of Inter for several years. Until today, with Nagatomo’s departure in mind, most Inter fans believed the rest of the team would remain fairly intact. Although, Figo on the other hand obviously has other things in mind for the Nerazzurri. At today’s press conference he stated that several players in the first team would have to prove themselves if they wanted to remain at the San Siro. However no names were mentioned but players like Joel Obi, Ibrahima Mbaye and Kuzmanovic are those being pointed out as weak links.
Login to Quote

Kippax
7 years
Haynesy96 - Haven't had the time to read another story for ages so I've apparently missed yours. But I guess great minds think alike. I see you are doing well on your save and I hope to as well!
Login to Quote 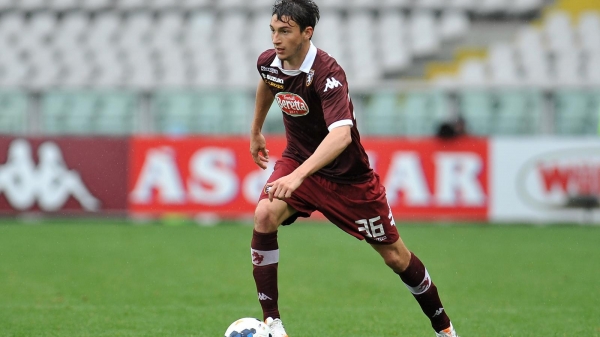 Today Torino and Inter agreed on a €8m move for Matteo Darmian. The 24-year-old right-back turned down an offer from his former club A.C. Milan to sign with city rivals Inter. The contract stretches over 5 years keeping him at Internazionale until 2019 with a weekly wage of €50.000.

Legnano-born Darmian will be used to the Milano surroundings as he got his footballing education at San Siro with A.C. Milan where he went on to make 4 first team appearances. The Inter fans are said to be delighted to see the newly national capped right-back choose Internazionale rather than returning to A.C. Milan who also approached him with a bid.

In 2010 Milan agreed on a co-ownership deal with Palermo for a fee of €500.000, however he didn’t make a lasting impression at the Stadio Renzo Barbera making only 11 appearances that season. The following season he was loaned out to Torino, then playing in Serie B, where he became an instrumental member of the team helping them to clinch promotion to Serie A. Palermo bought out Milan’s share in Darmian and formed a new co-ownership with Torino for a fee of €825.000, which Torino in 2013 bought out for a fee of €1m. During his 3 years at ’il Toro’ he went on to make 100 appearances.

In May 2014 he made his debut for the Italian national team in a friendly game against Ireland and was Cesare Prandelli’s first choice right-back during the World Cup in Brazil. Darmian has made a grand total of 8 appearances for ’Gli Azzurri’ and is expected to be the first choice right-back under new Italy manager Antonio Conte’s as well.

”I am very happy to have signed for Internazionale, I hope the fans give me the chance to prove myself despite my previous club being A.C. Milan. Danilo D’Ambrosio became a great friend for me in Torino and he convinced me that Inter would be the right move for my career.”
Login to Quote 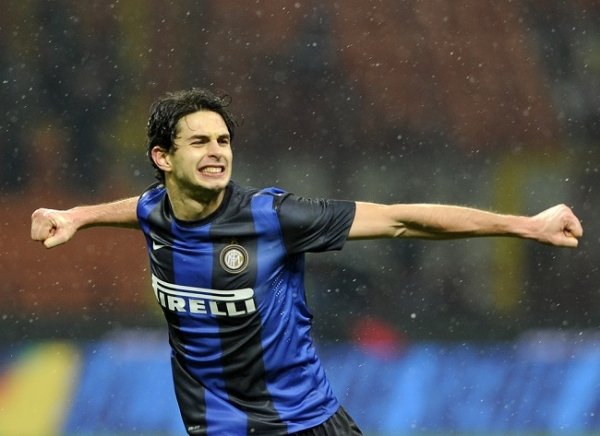 
Inter’s first game under Figo would be against his former club Sporting Clube de Portugal. A packed San Siro was filled with expectation would not be disappointed. Inter got off to a flying start having several good opportunities and were awarded with a penalty in the 21th minute after a reckless tackle by André Martins. Mauro Icardi could easily put the ball behind the experienced Rui Patrício and make it 1-0 to the Italians.

Sporting continued to be pushed back by a fired up Inter. 74 minutes into the game Hernanes reached Icardi with an exquisite through ball who crossed it to newly substituted 17-year-old Federico Bonazzoli who headed it into an open goal, making it his first goal in the Inter shirt.

2 minutes into injury time Inter won a corner which Guarín could place on the Rubin Kazan-loanee Yann M’Vila’s forehead who hit the ball into the woodwork rebounding it to captain Andrea Ranocchia who determined the final score 3-0.
Login to Quote

Walter
7 years
I love Inter so will follow your story. I've also tried my hand at an Inter save and I'm trying to build a fully homegrown/Italian squad as I prefer them over squads of international players. Will be interesting to see what you do, good luck!
Login to Quote

Kippax
7 years
Walter - Thank you! I'm not sure about how I will approach the matter but I believe I will try to build a team with a core based of Italians. Following your Venezuela story with big interest as well!
Login to Quote