swanny8589
7 years
Kippax Think my record against the big boys is what's won it for me, out of the 8 matches (7 Matches thus far ive won 6 and drawn one :). Superb if you ask me

Laurens
7 years
Some good results there!
Login to Quote 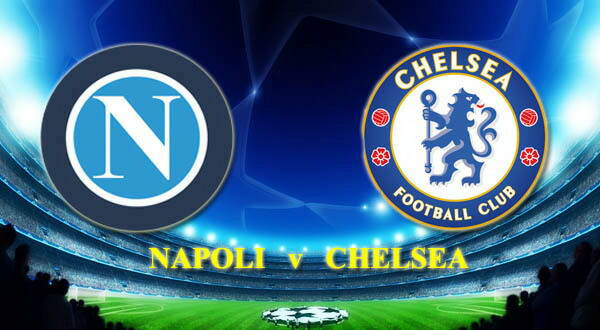 Chelsea are heading to the Champions League semi final, the difference came down to a Chelsea shot in the 104th minute that hit the post and bounced in rather than out.

That goal was the only one Los Angeles got Wednesday in a 2-1 loss at Sao Paolo. But it was all they needed, as it levelled things at 2-2 on aggregate, but Chelsea did have that valuable away goal.

“An inch further and I probably have it,” Napoli goalkeeper Rafael said. “An inch further out and it probably bangs off the post and stays out. We played a good game other than that … but it wasn’t enough.”


Napoli took the lead in the 19th minute when Callejon and Hamsik worked a one-two that ended with the ball at Hamsik’s foot inside the area. Hamsik sent the ball across the goal mouth, where it was deflected by Chelsa defender Kurt Zouma. However, the ball continued across to Callejon, who knocked it in.
The lead grew in the 49th minute when Callejon hit a low shot that goalkeeper Thibaut Courtois got a piece of but couldn’t keep out. 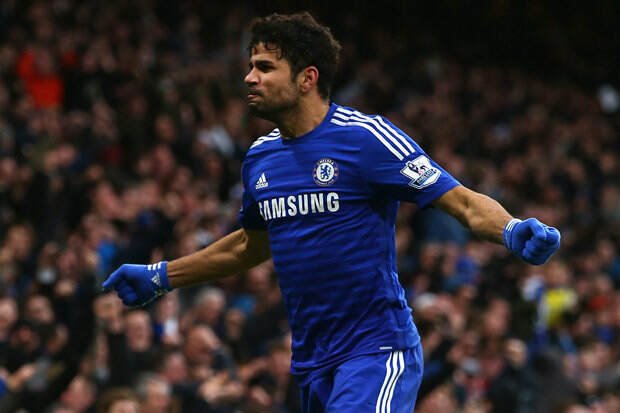 However, because Chelsea. had won the first leg, 1-0, even the Napoli's 2-0 lead did not put them far enough ahead to survive a Chelsea away goal. That came in the 104th minute, when Eden Hazard hit a corner kick to the top of the penalty area. Matic got a slight touch on it as it continued on to Diego Costa, who hit it low and in from about 20 yards.

“You start turning the page now and looking at it,” Benitez said. “But the pain that we feel right now hopefully will motivate us for next year, but we also know that we have to improve our team. In certain situations we have guys that are getting older as well, so we’ve got to look at making some changes there. But certainly I think there’s a good group of players here.” 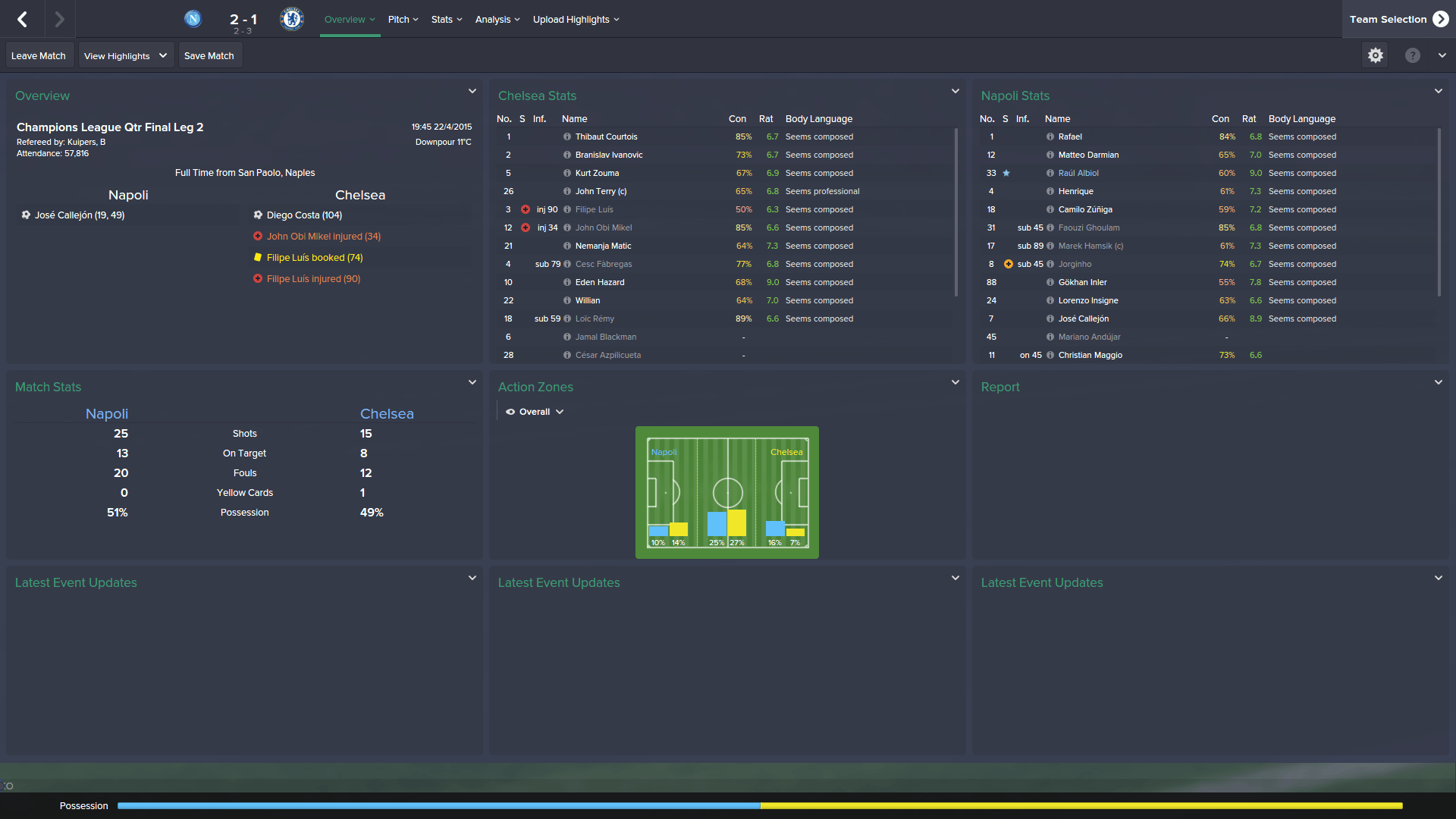 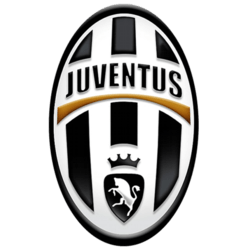 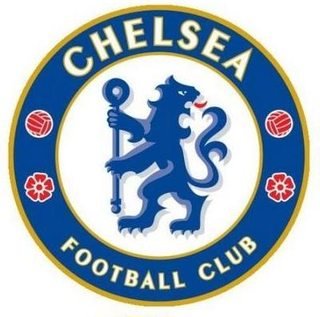 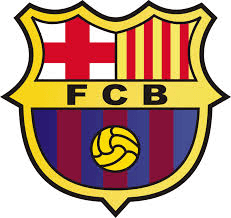 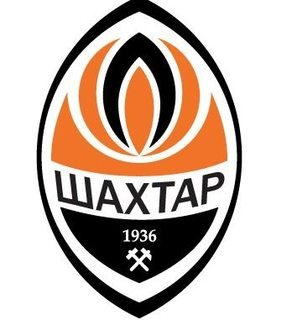 Walsall_Craig
7 years
Great results and a tough tie against Juventus!, you'll face Barcelona in the final and I think you'll be able to win it,, good luck for the rest of the season mate!!
Login to Quote

Only one criticism is that the different sized club badges on the semi-final draw drives my OCD into overdrive haha.

Great win against Bayern too!
Login to Quote

swanny8589
7 years
Didier Drogba to retire from professional football at seasons end
Chelsea's Didier Drogba has announced he will retire at the end of the season, the 38-year-old made almost 500 appearances in his professional career. 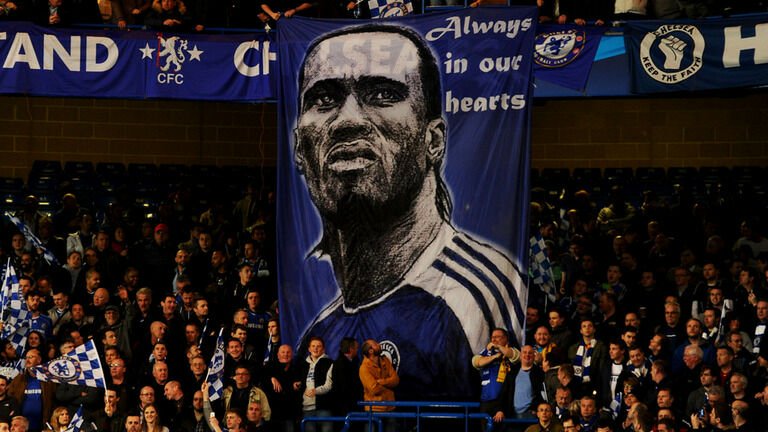 fans show their appreciation by holding aloft a message to Drogba

Drogba, who also featured for the Ivory Coast on 44 occasions, scoring 26 goals, he re-joined Chelsea last summer but made just 12 appearances as his age had started to catch upto him.

Back and knee problems limited Drogba to just twelve showings in this season and he admits his body has told him to call it a day.

In a statement, Drogba confirmed: “It is with a heavy heart that I announce my retirement from professional football at the end of the current season.

“The last 17 years have been incredible and I have been fortunate to have played for some great clubs at Chelsea, Galatasaray and Marseille, as well as representing the Ivory Coast and playing at the World Cup.

“Alongside the great memories there have also been the many lows of my well-documented injuries and I feel the time has now come to listen to my body.

“I’m excited about new challenges ahead. I'm working towards my ‘A’ licence and look forward to pursuing a career in coaching,

“I would like to thank everybody that has been a part of the journey: My family, especially, but also the fans, players, staff, managers and friends that have made it a truly wonderful 17 years.”
Login to Quote

Walsall_Craig
7 years
Always horrible losing a club Icon, but just lets you sign younger and more talented players who you can build around
Login to Quote

reece1994
7 years
Not too bad for a Chelsea story, I was thinking of using Leverkusen and attempt to overpower Dortmund, Schalke, Bayern Munich and then become kings of European football
Login to Quote

Tevez spurned a golden opportunity for the visitors three minutes after Terry's opener, but Juventus were generally kept at bay with a degree of comfort.

with Chelsea not conceding, this was the third home tie in a row where Chelsea have kept the away team at bay.

Mourinho recalled Rodriguez, who was rested at the weekeend while Kurt Zouma and Oscar returned from injury against a Juventus side at full strength.

Costa and Oscar each went close before Chelsea took the lead. A right-wing corner from Hazard was flicked on by Oscar and Terry header the ball home as Bonucci attempted to clear. Tevez should have levelled three minutes later, only to drag his shot wide after being put through one-on-one with Courtois. 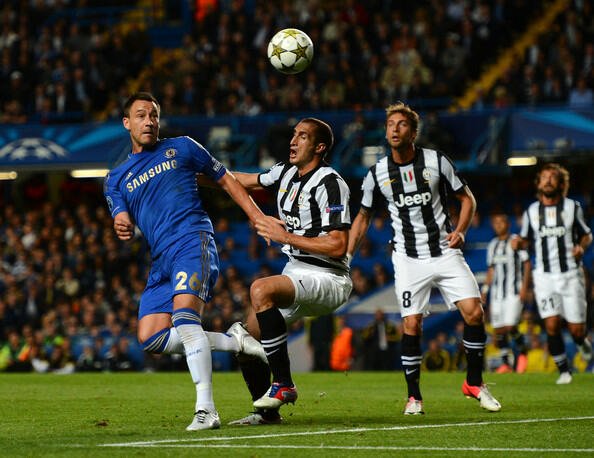 There was little else to concern a dominant home side, who came close to scoring again when Buffon made a point-blank save to keep out Diego Costa's 27th-minute header. Juve's Paul Pogba and Chelsea midfielder Cuadrado missed the target with long-range efforts prior to the interval, while an ambitious effort from Rodriguez brought a comfortable save from Buffon.

A delightful Azpilicueta cross left Costa with a seemingly simple tap-in eight minutes into the second period, but the Spanish forward clumsily cleared the crossbar with his finish.

Chelsea appeared content to operate at virtual walking pace thereafter, although another opportunity went begging in the 71st minute when Eden Hazard headed over following good work from substitute Fabregas.

While entertainment may have been in short supply as the game meandered towards its conclusion, Mourinho will doubtless have been pleased to see his side keep a clean sheet after conceding as they look to wrap it up in Turin.

Jack
7 years
Great result mate! Sets you up perfect for the second leg

swanny8589
7 years
Iconic ; yeah its starting to look like that ayy aah, I havnt conceded at home yet in the knockout rounds, which has made things a lot easier knowing I don't have to go away and score an away goal

Jack : Its set me up quite nicely indeed, Juventus are always tough at home though, its still wide open
Login to Quote

Feliks
7 years
No offence but damn it Juve, should have won
Login to Quote

Maximus
7 years
Love the Drogba update! And great job on getting the narrow lead in the semi (very Mourinho)
Login to Quote 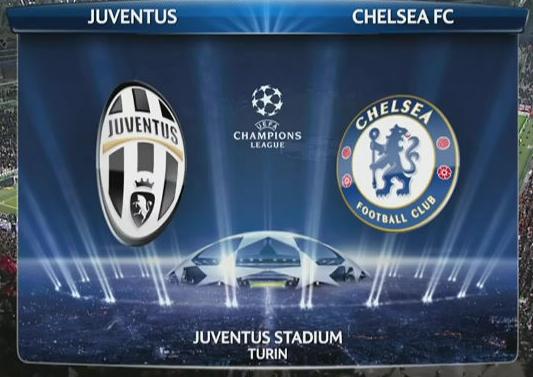 Chelsea beat Juventus 3-1 in a spectacular performance in Turin to advance to the Champions League final, where they will meet Barcelona.

After a lacklustre 1-0 first leg win for Chelsea , Juventus came out with goals in mind the second leg. Juve did draw first blood in the 70th minute, and pressed for a second, but Chelsea equalised through Diego Costa 3 minutes later, and eventually blew away the home team in the second half in the final 15 minutes.

Fernando Llorente scored the opening goal in the 70th minute off a deflection. Juventus went up 1-0,

Chelsea’s Costa equalised after some awful Juve defending in the 73rd minute to make it 1-1. In the 76th minute, Diego Costa finished expertly after great work from Eden Hazard who beat two Juventus defenders before squaring it off to the Spaniard who made no mistake.

In the 91st minute, Diego Costa sealed his hattrick after rounding Gianluigi Buffon who was put in no mans land after a wayward pass from Leonardo Bonucci.

It’s a dream season for Chelsea. They sit in first place in the English Premier League, they already knocked out Bayern and Napo out of the Champions League, and they have a chance to beat their Champions League nemesis Barcelona in the final.