Seni
7 years
Nice work here! A good update that is!
Login to Quote

Iconic
7 years
My question is will Mourinho move on if Chelsea win the UCL or will he stay? Nice update also.
Login to Quote 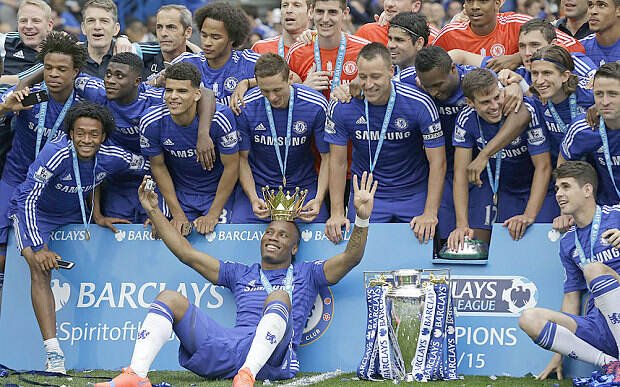 Jose Mourinho displayed eight fingers for his eight career titles before placing the Premier League crown on the head of Didier Drogba as Chelsea celebrated their title success, which in truth had been a forgone conclusion since March.

Manager Mourinho wants this season’s Premier League trophy to be the start of a new glorious era for him and Chelsea, but it also marks the end of an era for Drogba and most probably Petr Cech who were both included in the final match of the season against Leicester City.

After the match Jose caught up with Chris Kamara, when asked how this ranks along his past achievements, Jose Mourinho had this to say; “Eight [titles] is a lot, eh? I may run out of fingers in the future. Let’s go for ninth and tenth. Then maybe I have to use my feet.

“My job is Chelsea’s future and Chelsea’s future is this team that we’ve been working with this year. It’d be a dream to be here in 2025 and be with the champions of 2015 and 2025. That would be fantastic. 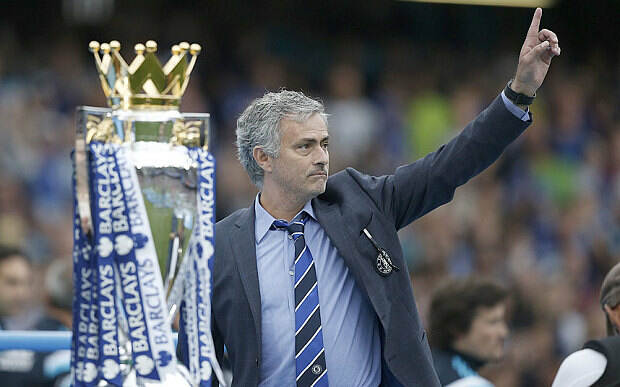 “This team is just at the beginning. we've won the Premier League and are in the UEFA Champions League final. but we have to win more. You can win something in a certain moment in your career and that’s it. Or, during your career, you can win on a regular basis. That’s what makes the difference between someone who is a champion and ‘the champions’. Let’s motivate them to dominate for years to come.”

he also confirmed he has been offered an extension and will make a quick decision.

“They offered me two or three years,” said Mourinho. “I will make a decision as quick as possible, because the club must know

LLMCrumble
7 years
Not surprising seeing you win the league mate, but congratulations for 102 points, absolute huge! 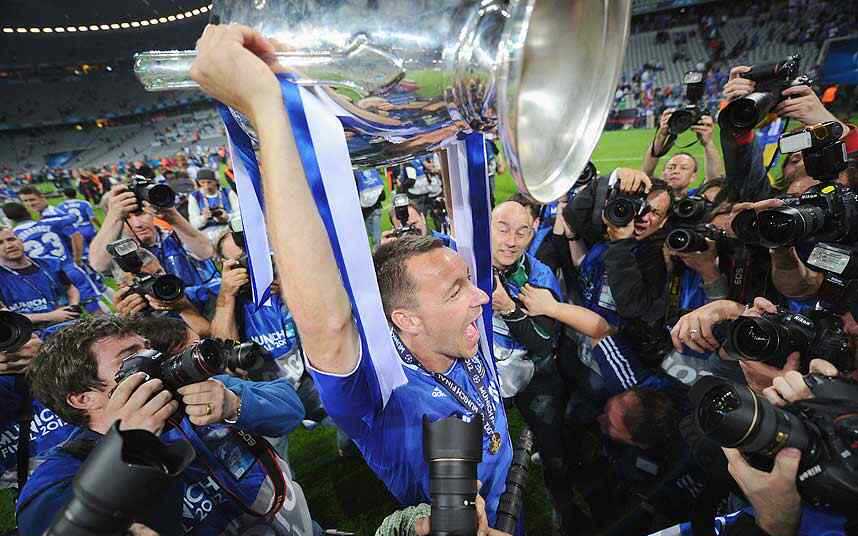 Diego Costa and Eden hazard did the damage, both with the calmest of finishes, both coming in the second half. Barcas' hopes of overcoming rivals Chelsea were halted as Joses' men never look like losing.

Despite a career laden with trophies, Mourinho claimed this was the most important final of his time in the game and Chelsea were never seriously troubled, and looked even more comfortable once Diego Costa put them in the lead in the 50th minute, a deadly cross from Ivanovic found Costa who powered his header past Ter Stegen, to the delight of the thousands of Chelsea fans who made the trip to Georgia for the final.

Mourinho's mastery of the big selection decision was also demonstrated once more by his deployment of Kurt Zouma, who was bought in to replace the injured Gary Cahill, his strength is well known and he used it to outstanding effect, against his much smaller counterparts

Barcelona's usual suspects created very little for their fans as Messi bounced a 20-yard free-kick off the bar, although Courtois looked to have the situation under control, and Neymar ended a fine run with a low shot that was scuffed and eventually went out for a throw in. 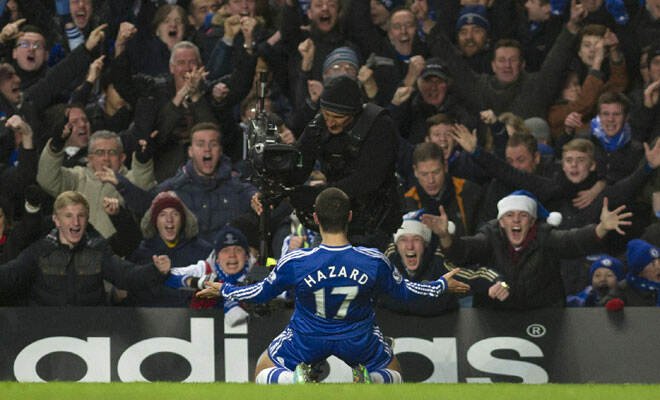 As usual, Costa was keeping Barca fully occupied in the physical exchanges, angering Gerard Pique with a hand-off, squaring up to Sergio Busquets and getting involved in a running battle with Jeremy Mathieu, but luckily neither player picked up a booking.

As the 90 minutes loomed ever closer, Chelsea pounced on a moment of defensive confusion to take the lead.

Oscar's free-kick was deflected out of a cluster of bodies to the feet of Hazad, whose shot took a crucial touch off Alves to defeater Stegen, who was given the nod by boss Luis Enrique ahead of regular choice Claudio Bravo.

This was effectively the end of the contest, with barely a blow traded between the sides before Chelsea captain Terry lifted the trophy.

daveazzopardi
7 years
Congrats on the season and the Champs League win - solid!
Login to Quote

Louis O.
7 years
Not bad, not bad. Champions of Europe!
Login to Quote

Mourinho's previous deal, thought to be worth 12.5million a year, still had a year left to run,but there is a will from both sides and they swiftly agreed on a new two-year extension with improved terms. 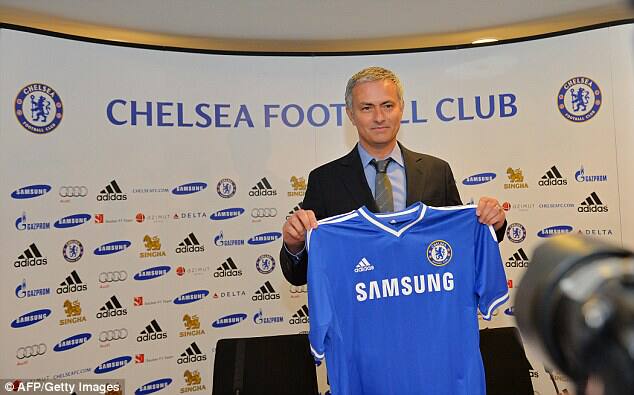 The manager will be back in his office at the training ground in 4 weeks after following the club's first Barclays Premier League title triumph in five years.

Chelsea hoped contract negotiations could be finalised quickly before they focus on the summer transfer market.

Everton striker Lukaku has emerged as a possible target as Mourinho attempts to strengthen his squad and build a dynasty at Stamford Bridge.

Ever since returning to London from Real Madrid two years ago, he has insisted that he no longer felt the urge to club-hop in pursuit of personal ambition. Instead, he came in legacy mode, keen to create something to compare with what Sir Alex Ferguson did at Manchester United.

Mourinho said it would be 'impossible' for him to match Sir Alex's 13 Premier League titles, but he is determined to achieve more at Stamford Bridge.

'My next move will be if and when Chelsea decides it is time,' said the 52-year-old, earlier this year, and Roman Abramovich, a visible presence during the run-in, appears delighted. Transfer business seems set to revolve around signing one or two strikers, a defender and a reserve goalkeeper with Petr Cech expected to leave after 11 years.

Chelsea have declared interest in Greizmann having been made aware of his availability, earlier this year, and they also admire young goalkeeper Jan Oblak
Login to Quote

swanny8589
7 years • Edited
Chelsea clean up at annual awards
Jose Mourinho has been named Premier League Manager of the Season. The Chelsea boss took the Blues to the Premier League title and also won the Champions League, on his second season back at Stamford Bridge. 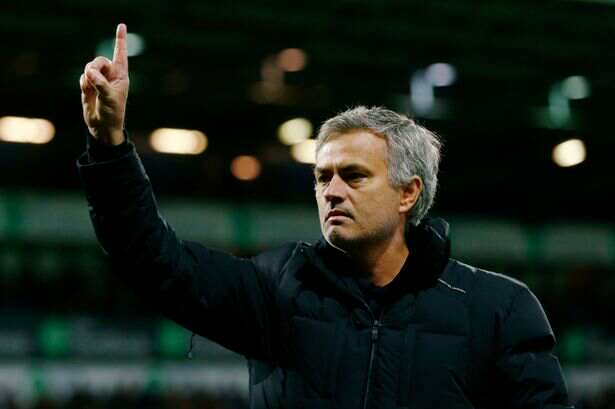 Jose Mourinho : is he the best manager around?

"It is, as you like to say in England, the icing on the cake, but the cake is more important than the icing," he told Sky Sports.

"The cake is the Premier League, the cake is the objective of the manager, of the technical staff, of the squad, of the club, of the millions of supporters, and I work for the cake, I don't work for this.

"If, at the top of the cake, I am the manager of the season, obviously I am very happy with that."

Mourinho won the Manager of the Month award 5 times during the 2014-15 campaign, with his side leading the Premier League from the very first day, Nonetheless, now the former Real Madrid and Inter Milan manager is already turning his attentions to next season

"The problem in football is that you are eating one cake and you are still thinking about the next one. This is permanent," he continued. "So I enjoy this cake very, very much,

Chelsea winger Eden Hazard has won the 2014-15 PFA Player of the Year award.

Hazard, 24, was the favourite to take home the prize after scoring 21 goals and adding twelve assists for the champions this season. The Belgian star has been a revelation at Stamford Bridge since arriving for a fee of �32 million in 2012 and finished top of the six-man shortlist which is voted for by players in the Premier League. 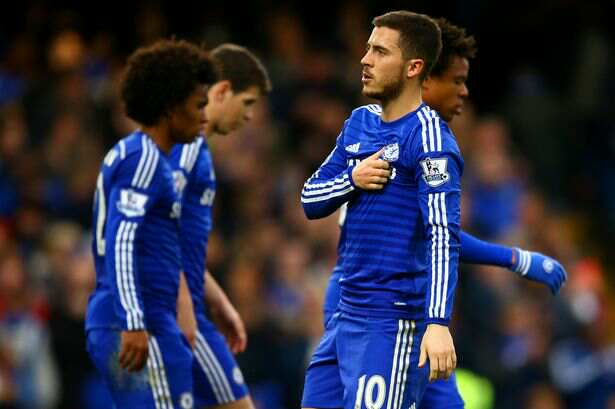 Liverpool striker Balotelli, who is the joint-top scorer in the Premier League this season with 29 goals and 39 in all competitions, missed out on the main prize, finishing second.

Hazard said of his award success: "I'm very happy. One day I want to be the best and what I did this season is play very well, Chelsea played very well.

"I don't know if I deserve to win but it is good for me. "It is good, it is better to be voted by the players -- they know everything about football. This is good. I'm very happy."

He took the Young Player of the Year prize 12 months ago, and has rapidly progressed to the top award.

"We are champions, maybe this is the key," said Hazard.

"I continue like I did last season -- I try to be the same. I try to score more goals than last season. Personally I have played a great season, I have been there in the big games and I scored a lot of important goals, this is why I'm better this season."