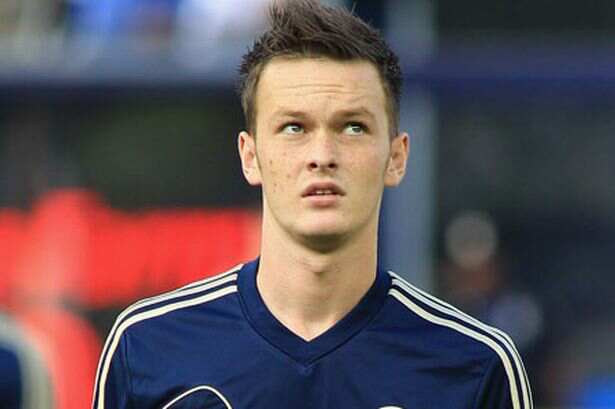 Many in the Chelsea Academy are busy signing or extending their professional contracts. Others are busy getting their first year scholarship papers in order. There were quite a few of the latter in fact, at least a dozen if not more at a rough count.

Yet this time of year also inevitably means a few departures as young players who have not made the cut get released. Of course, as per club policy, they don't just get shoved out the door. The club takes care of its own. Always.

"An example is four of the players we released last year we continued to employ in other roles with the Academy for a further year provided they also carried out some education studies. They didn't go from Chelsea to maybe needing to get part-time jobs that wouldn't allow them to do their studies - so our support consists of programmes such as that."

"When you are developing talent, it is about recruitment staff identifying that talent. It is then about our people at the club inducting and developing the talent and then unfortunately some players get released, but a very important part of that programme is how we release people. It is important to us like winning is." -- Neil Bath - Chelsea head of youth development 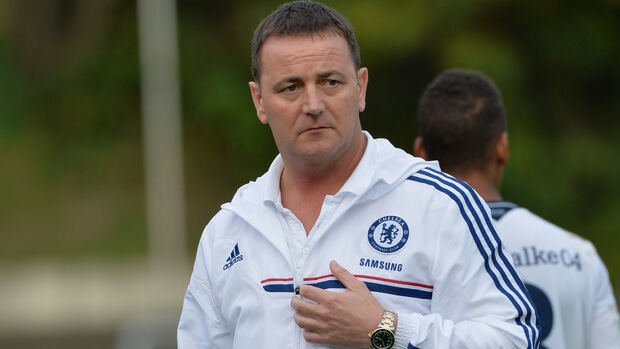 The four he's referring to were Josh McEachran, Alex Davey, Mitchell Beeney and John Swift. While I don't know exactly how Chelsea took care of them while they looked for a new job or career, I'm assuming it wasn't just to have them scrub the first teamers boots.

This year's cut list is as follows: We would like to wish the boys well who have been with us a long, long time - Charlie Colkitt, Todd Kane and Ola Aina.

McEachran, 22, is a sad story, though for different reasons altogether. A series of knee injuries have almost halted a once incredibly promising career, one that despite all that still managed to reach heights such as getting a call-up to (train with) the England national football team in his earlier days, he spent all last season frozen out in the reserves and only managed 3 matches

Good luck to all. Perhaps our paths shall cross again.
Login to Quote

Jack
7 years
I would never expect McEachran to go! Interesting release there
Login to Quote

Justice
7 years
Eden Hazard, the best in the Premier League. Do you plan on building your team around him? No doubt he will be your star for the next 10+ seasons!
Login to Quote

swanny8589
7 years
Justice yeah, Eden Hazard is very much the central figure for us, ill be hoping to extend his contract and slap a massive release Clause in it, to stop the bog boys trying to pry him away
Login to Quote 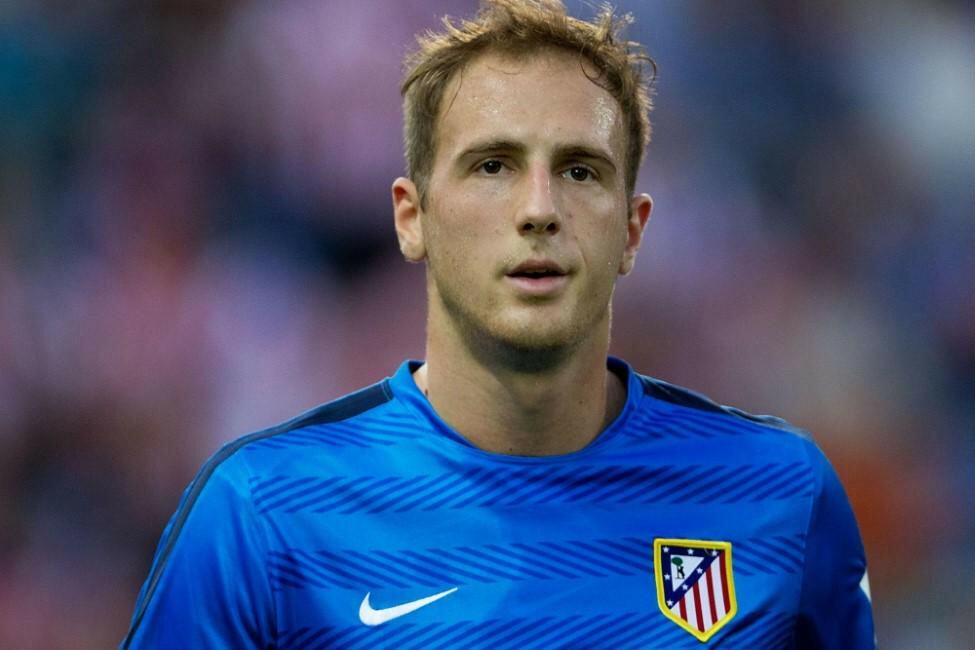 Jan Oblak has finally made the move to Chelsea, after being touted for the last 8 months

"There is an agreement between the two clubs," the Chelsea manager said. "It is also subject to personal agreements and from then we will decide what is best for him."

Atletico announced in a statement on their website that they were left with no option other than to let the 22-year-old leave when he did not appear for Saturday's season finisher against Levante. They said Chelsea's offer was "by far the largest bid" they have ever received for the player.

The 6ft 3in Oblak was the first-choice goalkeeper for Atleti last season. He also received 3 call-ups to the senior Slovenian squad, but is aware breaking into Mourinho's team will be a much tougher proposition.

"Chelsea see me as a backup to Thibaut Courtois," he said recently. "It won't happen in one or two years, but in three, four or five years. I can therefore work on my development in peace."

Chelsea could immediately loan out the teenager, but could very well stay at the club and really fight Courtois for that number one spot.

Asked about Oblak's prospects, Mourinho added: "Let's wait for him to agree terms. It seems unfair for me to make any comment on him but as soon as he is a Chelsea player we will see what kind of future he has and we'll go from there

Is Mourinho losing the plot!?
Login to Quote

swanny8589
7 years
Maximus94: I know its a massive fee, but he has the potential to be the best in the world, ill find a way to get him games.
Login to Quote

Justice
7 years
Two top goalkeepers at your disposal. Finding a solid rotation system for them may prove to be difficult but there is no doubting the quality in between your sticks!
Login to Quote

Chelsea is currently in an advanced planning stage of building a new stadium at a site next to their current stadium Stamford Bridge.

For years the club had been looking for ways to increase its revenue by either refurbishing Stamford Bridge, building a brand new stadium, or moving to a different already existing stadium, Tottenham and West Ham have also announced they'll be moving stadiums in the near future.

After West Ham secured rights to move to the new Olympic Stadium, the club are now fully committed to continue with plans that were first presented in 2008, and are often referred to as the Russian Development Project. 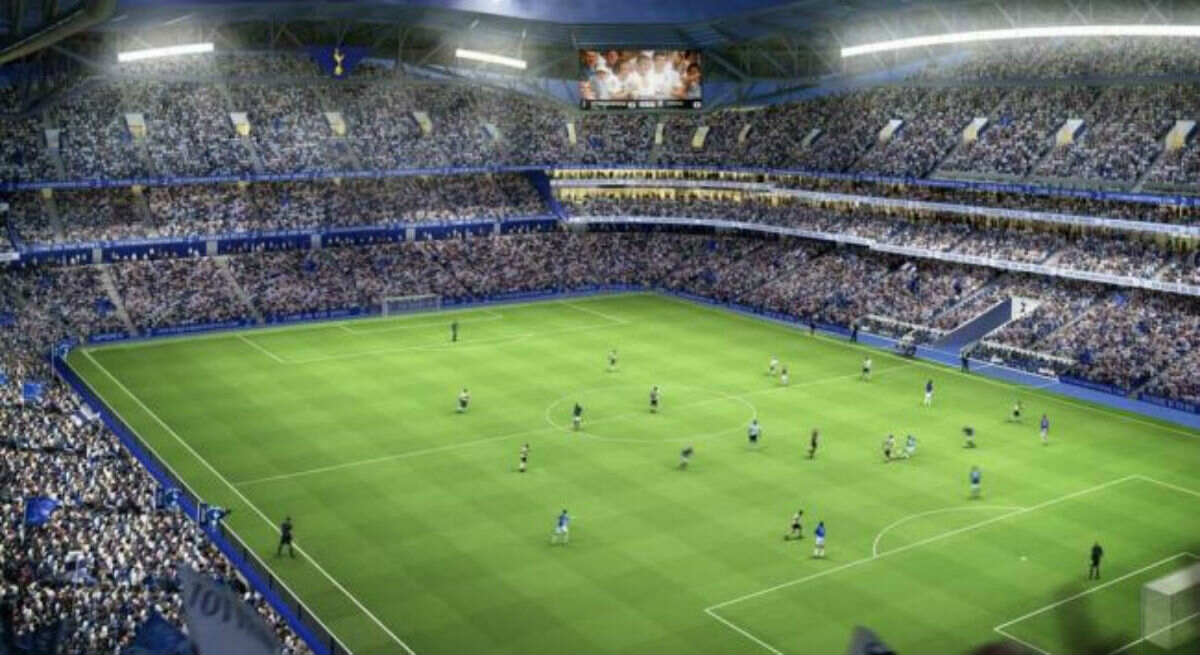 These plans involve the construction of a new stadium with a capacity of 57,334 seats which is to be built adjacent to Stamford Bridge. The project furthermore aims at regenerating the Chelsea area, for which the stadium serves as an anchor and around which other smaller projects will be tied. These projects include a central square next to the stadium, new shopping opportunities, new housing, and the refurbishment of existing historic buildings.

The stadium will be rectangle-shaped, with flowing lines similar to the Emirates stadium, and a third-tier home stand for the short end.

The club has already been given planning permission and have secured most funding for the project, for which a naming rights deal will be an essential part. However, the club has run into a string of further legal problems, most of all relating to the reluctance of one local landowner to comply with a compulsory purchase order.

Chelsea have already admitted that moving into the stadium at the start of the 2017-18 season, which has been their target, will be a stretch and likely get delayed. Chelsea will continue to play at the Bridge until further notice

Justice
7 years
A significant upgrade to Stamford Bridge and one worthy of champions! Now all you have to do is create great memories there 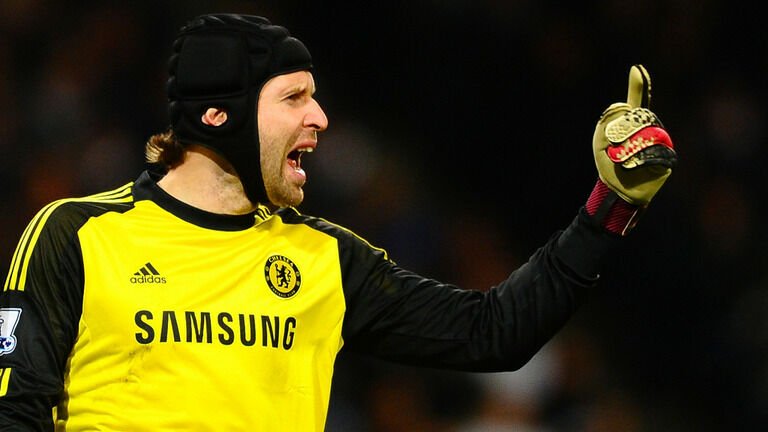 Petr Cech has completed his $14m move from Chelsea to Fiorentina, the Italian club have confirmed. The Czech international, 34, has signed a two-year deal that makes him the most first big name to leave Stamford Bridge this window.

"Right from the very first contact I had with Fiorentina I was very happy," he said.

"It's a big club with a great history, a new step in my life, and I'm impatient to play and show what I can do.

"I will be defending the colours of one of the biggest clubs in Italy. It will be a great time for me, both professionally and personally. I want to enjoy myself and, if possible, win as much as possible."

Sky sources revealed last month that the clubs were in advanced talks over the transfer, before Cech all but confirmed its conclusion in a public 'thanks and goodbye' to his former club.

Ahead of Chelsea's pre-season schedule began, where Cech is currently part of the Chelsea squad currently in camp in Belgium, the goalkeeper said he was sad to leave Stamford Bridge and thanked Chelsea "for a great 10 year partnership ".

Cec joined Chelsea from Rennes in 2003 for an undisclosed fee.

Plzen-born Cech, who began his career with Czech side side Blsany, made 365 appearances for Chelsea in a 11 spell.

But he was on the periphery of Jose Mourinho's team last season, and predominantly used in Chelsea's domestic cups but rarely featured otherwise.
Login to Quote

Glenn T
7 years
Nice to see Cech finally getting moved on to somewhere he'll play more, but damn, that fee for Jan Oblak though. I hope he works out for you if not it's going to be disastrous considering the amount of money spent.

Looking good so far, to get 100+ points in a single league season is pretty crazy lol, well done.
Login to Quote

Less than a week to go until the new Premier League season and with very little known about the clubs, pre-season offers a small glimpse into what the season holds for Chelsea, and though we came up against some less then appealing sides, our goal scoring form has been great, and yet again, our defence has been the foundation. 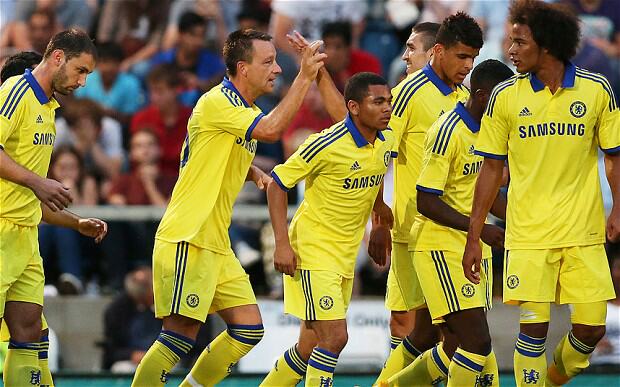 Chelsea celebrate one of many goals against Oostende

Our first pre-season match was supposed to be against Vitesse Arnhem – only, that was cancelled when Vitesse had an early Europa League qualifier, So really, our first was a behind-closed-doors friendly, playing against Blackpool. This ended with a comfortable win, Chelsea winning 4-0 with a classy goal from Fabregas and one from Diego Costa too.

After that was a match against Oostende. this proved little more than a training run for Jose Mourinho's side as they tuned up with a 6-0 win.

Then we travelled to China, against Renhe, in front of a packed crowd of 67,000, here they ran away 6-1 winners, with Neal Maupay getting a double.

Then we were held to 0-0 against Hartlepool in a match where Chelsea mustered 34 shots, but somehow failed to score. Three more matches followed, Gencerberligi, Seattle and Calais were all swept aside as we ran out winners in all (3-0,4-1 and 5-1 ) respectively.

Our final pre-season match was against part timers Dunkerque. 3-0 we prevailed in terrible conditions.

And now the hard work begins. We’ve seen this Chelsea side can do it – when there’s no pressure. We have the first silverware up for grabs in a week against Liverpool, but its the Premier League all the fans want, whether Jose can lad them to further glory we'll have to wait and see
Login to Quote