Stam
6 years
Tellak is known for his very successfully tiki-taka tactics, and members here consider him a fine FM tactician. He's quite *cough* lazy though. I had to force a data extraction off him last year in order to put together his tiki-taka tactic for FM14 download page.

For FM15 he was too busy, so again I had to wait for him until summer time to get his tiki-taka tactic for FM15 out (in similar fashion as last season).

He was somewhat willing to create some more tactics this time and I received 3 more files from him. The problem is that he's too lazy to test them, so I decided to pass the 1st one to a couple of guys on Twitter who stepped up for this purpose.

This is a 4-4-2 tactic, made famous by Sir Alex Ferguson during his tenure as Manchester United manager between 1986 to his retirement in 2013. This tactic focuses on the 2 wide midfielders, who would go down the flanks for the two forwards to score.


As you can see from this photo, I've used the players that I would in a normal Manchester United team. 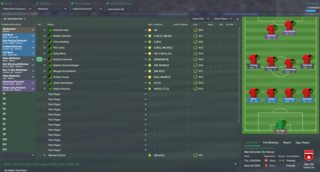 These are the team instructions: 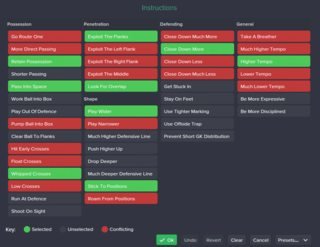 The following photo is the pre-season, that I did along with the 1st few matches of the BPL.

As you can see, the tactic does not make good results, as me and Steve find out, there is too much of a gap between the midfielders and the forwards.

We also believe that the limited defender does not suit well in this formation since he is limited to do his defending duty while his partner is always with the ball. In addition, 2 (A) forwards won't work; the DLF (A) needs to have a (S) role so he can link the midfield to the forwards.


The following photo is the average positions of the team. 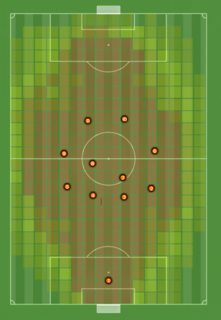 Overall there are too many holes for this tactic, as he did not put the right duties on his tactic. The gaps and the bad positions of the players leak too many goals.


You can download the current version of Tellak's 4-4-2 Sir Alex tactic for FM15 and post your thoughts and/or results.

This is the first time I share a tactic here instead of the downloads area because it was untested by its author and I believe tactics have to be properly tested before they're made available there. I'll invite Tellak here to read the remarks by Matt and Steve and hopefully he can come up with an improved version of this tactic.
Login to Quote